Port Report: Dead by Daylight for Switch - Rely on Horror 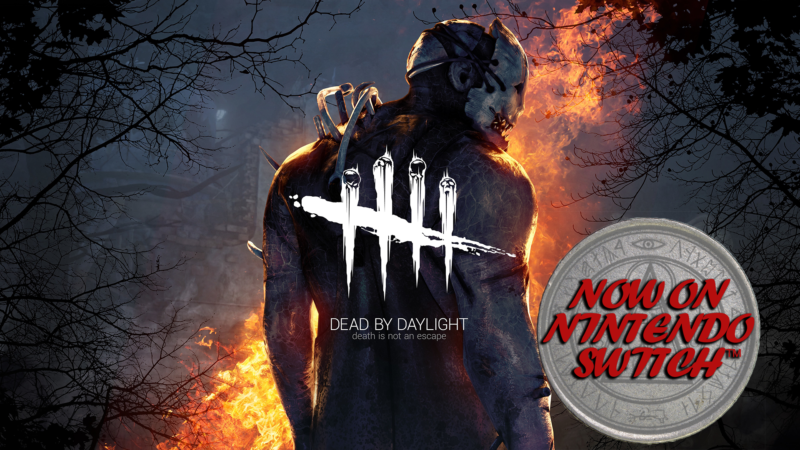 It’s been over three years since Dead by Daylight made the first major stride in the asymmetrical slasher genre that seems to have completely dominated multiplayer horror as a whole. While there have been other attempts to gain a foothold in the genre (Last Year, Friday the 13th, Deceit, and the upcoming Project REsistance), none have come even a little bit close to the player base Dead by Daylight. As such, developer Behavior Interactive has seen fit to bring the title over to the Nintendo Switch, marking the first (but not last) time that Dead by Daylight will be gracing a handheld experience. How does it fare in the transition? Well, it’s honestly very 50/50, but not in ways you might expect.

If you’re looking for the Dead by Daylight experience on another platform or simply on the go, you’re good to go here. Everything has made the transition over — gameplay is identical, and no content has been left out of this port. Every killer, every survivor, every map. You even get the original Behavior developed DLC killers packed-in as well, which is pretty cool (save for the licensed killers, Freddy, Michael Myers, etc.). I have really enjoyed my time with Dead by Daylight on other platforms, and I’m enjoying it here just as much — despite some technical issues. It is the Switch, so there’s simply less power to work with here. This was to be expected and for the most part it actually handles a little better than I was expecting (the Xbox One version was very rocky until recently), which was a pleasant surprise. Some obvious downgrades are present, from lower quality lighting effects and more frequent pop-in, but overall it’s nothing too major — at least in docked mode. 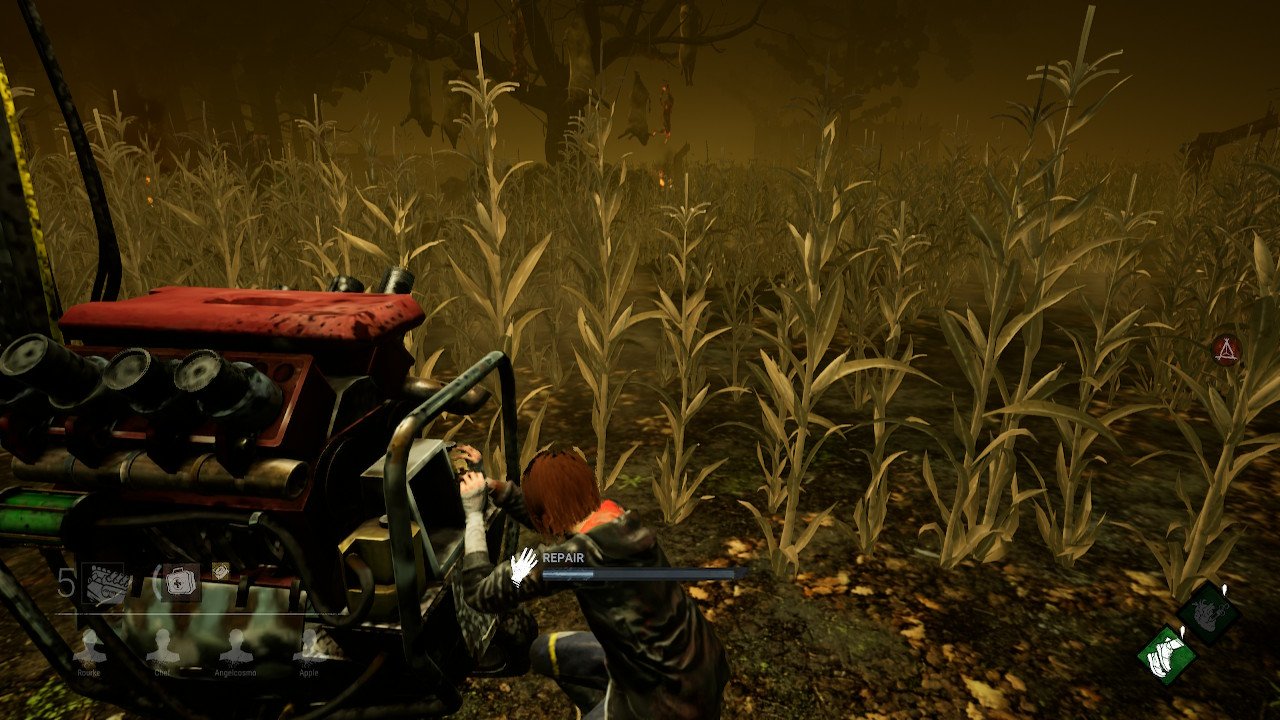 As a Switch game, you can, of course, play in docked mode and handheld mode (unless you’re playing on the Switch Lite, which only operates in handheld mode). Docked mode has some minor framerate issues, which bounce back and forth, but overall it was mostly noticeably sub-30, but not any worse than that. This can, however, affect the skill check prompts when executing certain tasks as a survivor. As I do have a history with technically superior versions, it might create something of an… experience bias, if that’s a term. I can’t speak for what it would be like as a new player, but knowing how it’s supposed to be, vs. how it’s presented here, creates a small lag between when I expect the skill check to be (after the cue) and when it actually arrives. It’s ever so slight, but it throws me off big time. Another, albeit more minor, issue is some sound bugs. Sound effects, from the cries of pain other survivors make when hurt to the exit gates opening, fail to trigger unless it is happening directly in front of you.

This can create something of a disconnect from the world, as Dead by Daylight is a very sound-oriented game, often forcing you to listen from behind cover rather. It can make keeping track of your partners in survival difficult as well, as the only other way to tell that one has been downed is often to double-check the player status bar at the bottom of the screen. It isn’t a major issue, but I’m often not paying that close attention to that, and rely on the sounds of the other players dying to keep track of where the killer is as well. You can of course still see their ‘aura’, the red silhouette players create upon being hurt or hooked, but you have to actually be looking in their direction to notice. I haven’t played a match where the hatch escape route opened up (a way out of a match when you’re the last survivor standing), but I worry that it too may suffer from a lack of audio. This would be a major issue, as the sound it makes is often the only way to find it. I also noticed that Ash’s voice lines (provided by Bruce Campbell) will trigger on menus regardless of which survivor you have selected. Not an issue to play at all, but another example of the audio messing up. Things get a bit more problematic when playing in handheld, however. 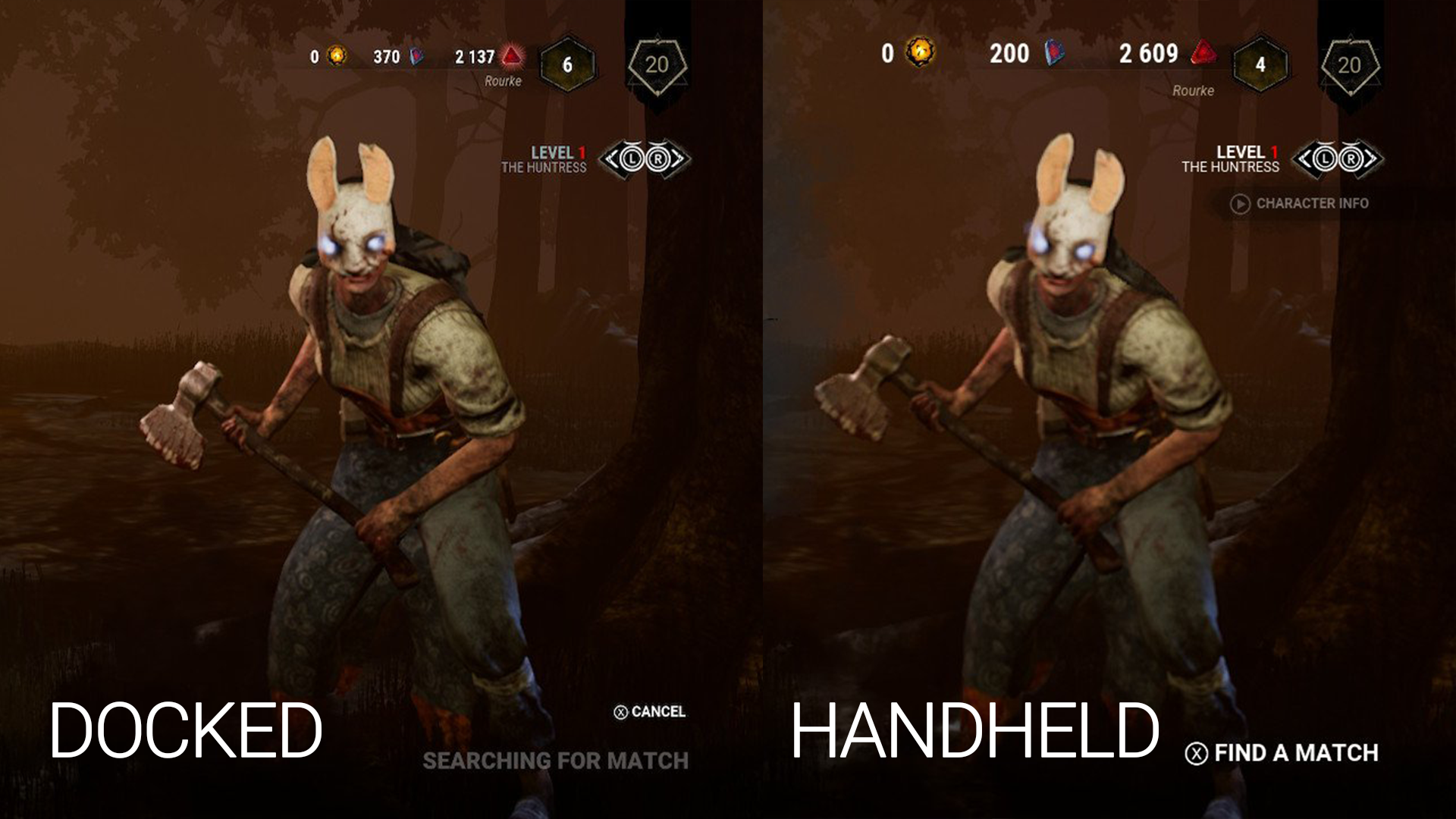 Handheld mode manages to run a lot smoother than docked, locking the framerate at 30. While this is a major benefit to play, it comes with severe caveats. While Dead by Daylight has never been a particularly amazing looking game (even on PC the textures are still pretty low), handheld mode on Switch is muddy beyond reason. It often felt as if I were playing underwater, or had vaseline smeared across the screen. It’s way worse than simply low-quality textures or simpler models — those I was expecting. Instead, those things seem to be about the same, but the game as a whole is simply blurry. It’s especially jarring as menu icons and the HUD remain crisp and clear. I wear glasses, and it often felt like maybe I had something on them — but no, it really did look like this. I hope that this is something that can be rectified in a future patch, especially for poor Switch Lite players who don’t have the benefit of playing in the crisper docked mode.

Another minor issue to be aware of, and this affects both modes of play, is that the Switch analog sticks make menu navigation something of a chore. This is an issue I feel plagues playing with a control regardless, as instead of making the necessary adjustments to have the stick simply swap between highlighted icons, we have to drag a mouse cursor stand-in across the screen to each option. It’s arduous even on Xbox One, but here it’s straight-up difficult. The Switch’s sticks have a noticeable dead-zone, and it can be a pain to get the cursor to line up with the icon you want — at it’s worst when using the “blood web” skill leveling tree. This is something I’d like them to change across the board, but it’s especially bad here. 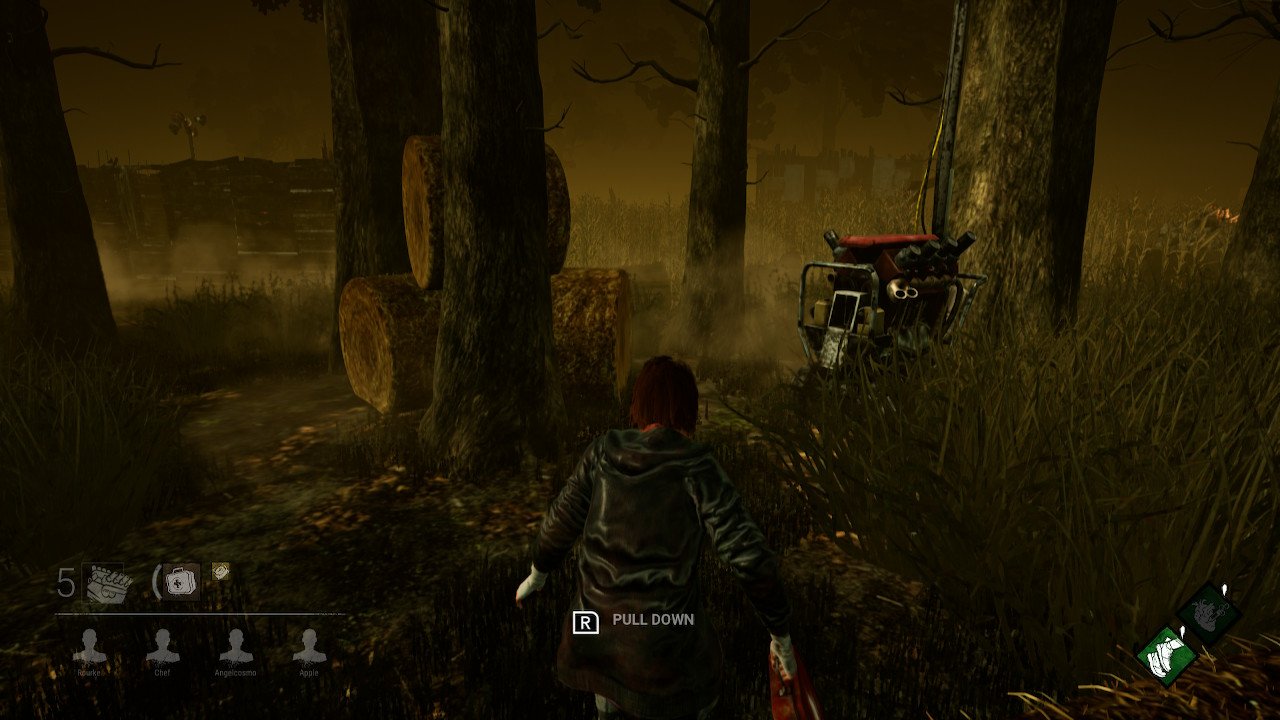 While it does sound like I’m rattling off an endless list of negatives, these are mainly smaller gripes due to having already experienced what the game is “supposed” to be like. They might not bother, or even be noticeable, to other players, but they are elements that separate this version from others. If you’re just looking to experience Dead by Daylight, you’re sure to have a good time here regardless of these issues. I’ve been having a blast, and even managed to play one of the best matches I’ve ever had across all platforms (playing as The Huntress killer, and making a particularly annoying Claudette player suffer along with her whole team). It’s the best multiplayer horror you’re going to get on Switch, and just before the Halloween season no less, you’re in for a treat pairing up with friends or gunning it alone.