When Horror Comes Home: The Tether of Ju-On (Part One) 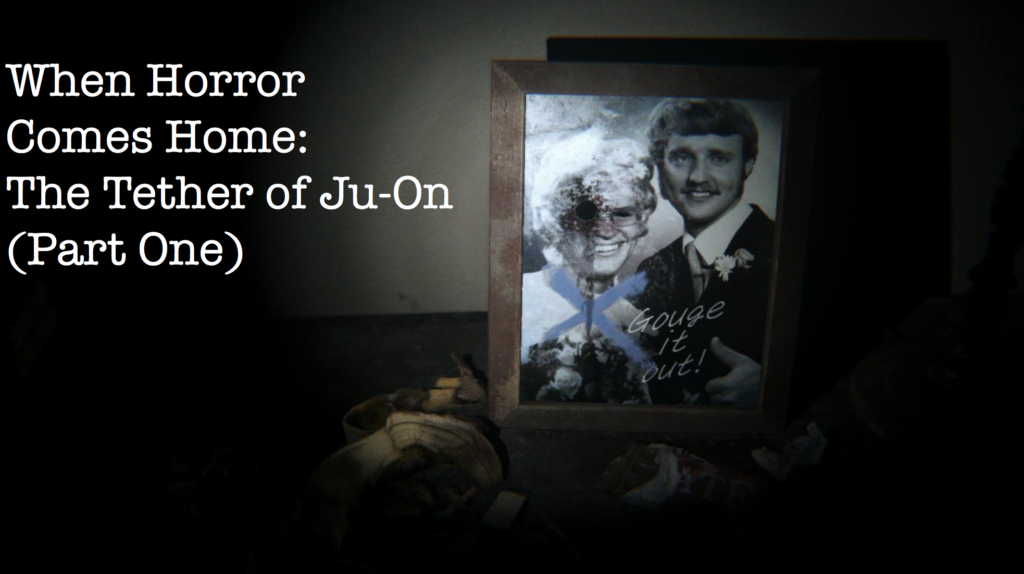 Welcome to the ‘When Horror…’ multipart video and essay series which will examine various facets of the horrors associated with the home. Part One will discuss domestic violence and explore the ghosts of the Ju-On film series and Silent Hills. Any trademarked images and audio belong to Takashi Shimizu, Konami, and Silent Hill Network. Thank you for reading and watching. Enjoy!

“As the Congressional Debate over gun control flares up yet again, we regret to report the murder of the wife and her two children by their husband and father. The father purchased the rifle used in the crime at his local gun store two days earlier. This brutal killing took place while the family was gathered at home on a Sunday afternoon. The day of the crime, the father went to the trunk of his car, retrieved the rifle, and shot his wife as she was cleaning up the kitchen after lunch. When his ten-year-old son came to investigate the commotion, the father shot him, too. His six-year-old daughter had the good sense to hide in the bathroom, but reports suggest he lured her out by telling her it was just a game. The girl was found shot once in the chest from point-blank range. The mother, who he shot in the stomach, was pregnant at the time. There was another family shot to death in the same state last month, and in December last year, a man used a rifle and meat cleaver to murder his entire family. In each case, the perpetrators were fathers. State police say the string of domestic homicides appears unrelated, though it could be part of a larger trend, such as employment, childcare, and other social issues facing the average family.” {Radio Report, Silent Hills — 2014} 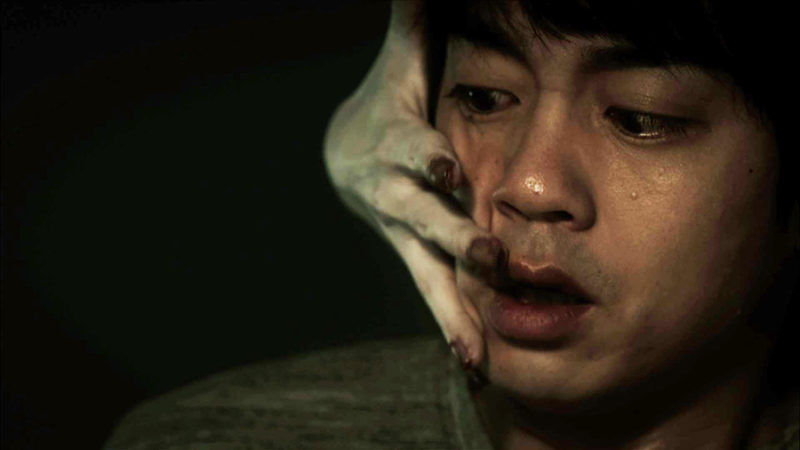 The Ju-On film series from the early 2000s delves into an oft-overlooked pandemic in our society. There is no singular prescription or penicillin that can quell the ravages of its outbreak. Director Takashi Shimizu held a mirror onto the face of polite society and revealed that when decency deescalates, the brutality of femicide, misogyny, and patriarchy combine to form the ghosts of domestic violence. The locale of Japan’s setting and customs does not dilute the salience of its images or the universality of its horrors. An enraged husband who believes his wife has had an affair, murders her, their son, and the family cat; by proxy, damns he and his family to Ju-on or a ‘curse grudge.’ 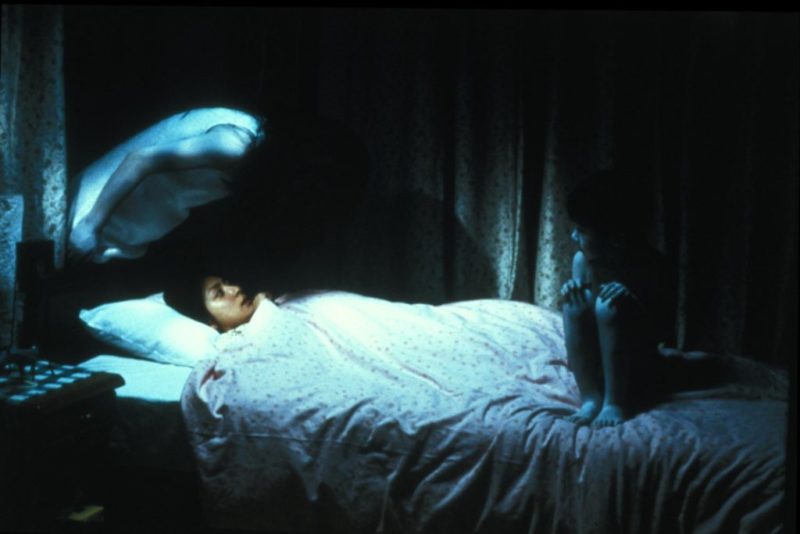 The curse exists in the place where the person has died, leaving behind a residual haunting wherein those killed manifest as ghosts; similar to a virus, the curse perpetually kills those that come in contact with it. If seen, the spirit will not yield. There is no rest for those cursed via Ju-On; there is no promise of a peaceful afterlife; there is no freedom from their ghoulish existence; there is only one certainty for them now, as the grimmest reapers of death.

Many years later, in 2014, a gaming masterpiece was released exclusively on the consoles of the PlayStation 4. It offered an exploratory look into the aftermath of violent trauma in a seemingly mundane space. As you navigate the hallways of this eerie, desolate place, claustrophobia and paranoia begin to set in, especially once you discover that you discover you can’t escape, and the one doorway that is open loops infinitely back to where you started. On one particular loop, as a door opens, the cries of an infant pour out. 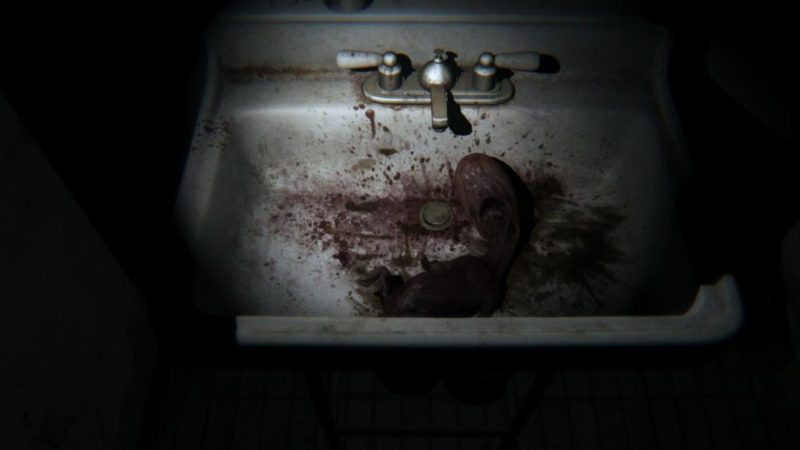 You attempt to peer in to investigate and are startled with a glimpse of a maliciously grinning figure. As you frantically repeat the paradox of this infinite door loop, you round a familiar corner, and there under a singular source of light is the unfamiliar — a looming sentinel whose outline blends the uncanny and the ordinary. The only path available is forward, into the unknown. A chilling melody of sobs interspersed with laughter echoes ominously.

The light is extinguished as you move toward your terror; when its power is restored, cockroaches scurry in all directions. After each loop in the hallway, the apparition stalks closer behind you, its footsteps often walking in tandem with yours. The game feeds you graphic pieces of information as you realize the macabre monstrosity that haunts these hallways was once a woman, brutally murdered by her husband along with her living and unborn children. 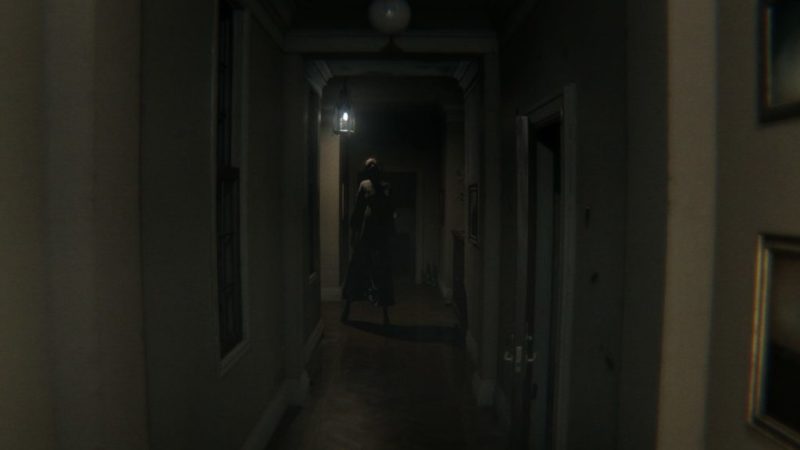 They no longer appear human but are instead stretched into horrific caricatures of their former selves. The ghosts of Ju-On and Silent Hills are rendered in graphic, violent, and nightmarish detail to magnify the horrors that they experienced in life. The pallor of the ghosts in Ju-On are always ghastly white, with a stare that will chill the blood in your veins, moving with disjointed motions that only the dead can reproduce. The Mother always announces her presence with a garbled death rattle, whereas her son’s voice has been replaced with the disembodied caterwaul of the slain family pet.

Conversely, the ghosts in Silent Hills appear as the living dead, grisly and unrelenting in their features. These spirits are fresh from the grave. When the creative talents of Hideo Kojima, Guillermo Del Toro, and Junji Ito envisioned the dead of Silent Hills, they refused to omit any of the ugliness of death, especially that meted out by violence and anger. Here, we see the tether of Ju-On- the curse grudge- translated into video game format and first-person point-of-view for a new audience. 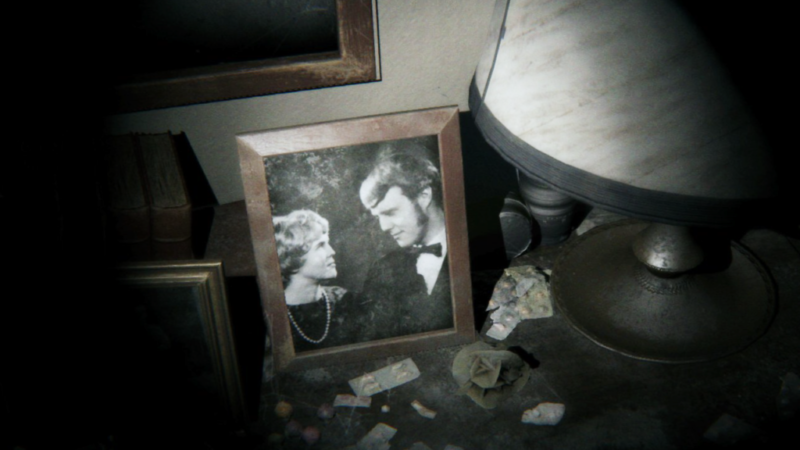 My great hope is that through media and various forms of storytelling, the great dangers of silence surrounding domestic violence and femicide are exposed, and the vile repugnance of its existence is brought forth from the shadows. My greatest fascination as a writer is how terror can be crafted from the ordinary nature of domestic spaces that we use for our safety and shelter, that in turn, can become haunted places. The creators of Ju-On and Silent Hills wish to impart a message. Be brave! Do not shy away from the horrors of your neighbors, for the ghosts of someone else’s trauma may just appear at your front door.

Stay tuned for Part Two, When Horror Is Home: Silent Hills and Apartment 302.