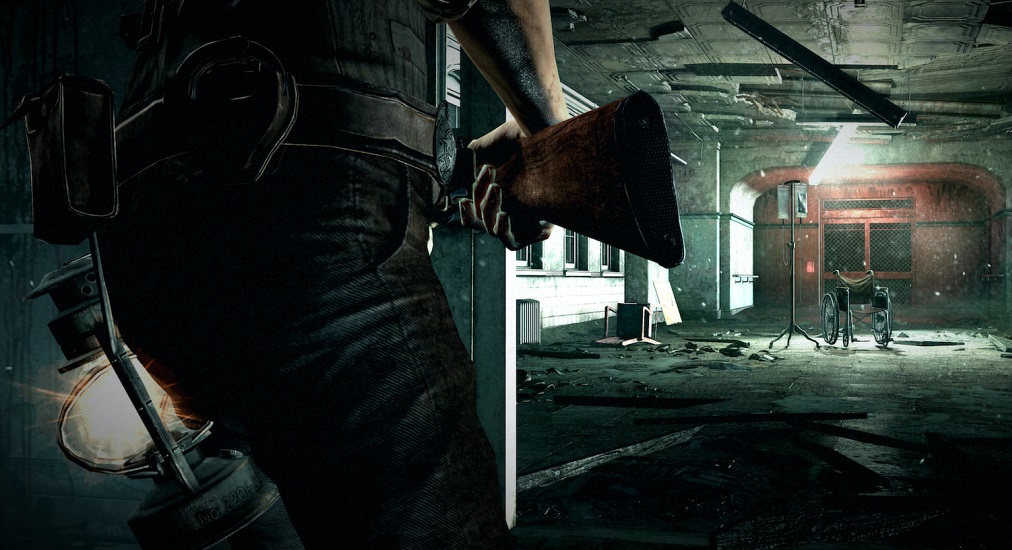 The Evil Within was a divisive game when it released in 2014. Shinji Mikami’s long-awaited return to the horror survival genre promised fans a true old-school horror experience, filled with unrelenting challenge and non-stop scares. For the most part, the game delivered on the gameplay front, and despite a lackluster story and a mishmash of genre cliches, fans of classic horror games devoured The Evil Within whole, and it’s not hard to see why; it gets the basics right.

While nowadays the classic horror games of the PS1-PS2 era are characterized by their poor controls and obtuse puzzle design, in their time they were known for much more. Games like Resident Evil 2 and Siren didn’t skimp on their difficulty, providing a sense of tension that other games’ encounters just didn’t have. Series like Silent Hill and Eternal Darkness used more psychological methods to get under players skin, twisting reality against the player and forcing them to adapt. The Evil Within has clearly studied each and every one of these titles, and while it doesn’t pay perfect homage to the kind of scares they delivered back in the day, it does a good enough job of reminding horror fans why they fell in love with the genre in the first place. But The Evil Within gets one more crucial element of classic survival horror right: The Bonus Weapon. 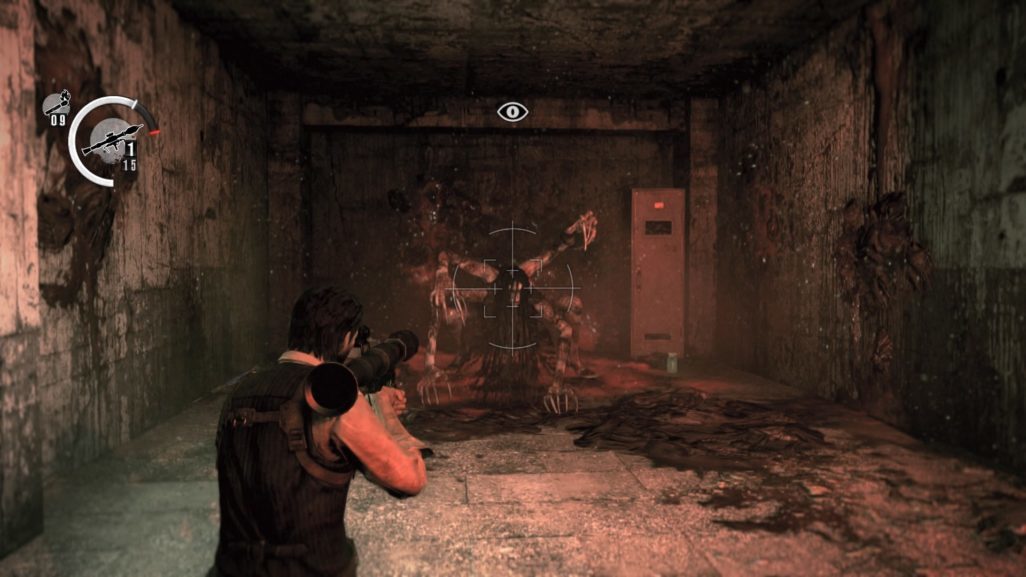 Since Resident Evil released in 1996, special items granted upon completing the game have been all but a standard for survival horror games. Resident Evil granted an infinite-use Rocket Launcher for completing the game in under three hours. Silent Hill would let players get a Katana or a laser gun on a second playthrough for meeting certain conditions. The bonuses only got crazier from there. Some games would unlock costumes or other items, but the overall theme was consistent; do a good job, get a cool thing. With the advent of the PS2, some games such as The Suffering would hide their wildest contraptions behind secret codes. It was a different method of unlocking entirely, but one that still offered players a way to experiment with the pacing and structure of the game.

In the post-Resident Evil 4 era, the practice of developers including special weapons and items dramatically decreased, most likely in favor of providing them through paid DLC or pre-order bonuses. The Dead Space series, one of the best horror series of the Xbox 360 and PS3 generation, was particularly prone to this practice, turning specialized weapons and armor across all three games into DLC and pre-order incentives. Games such as Silent Hill: Homecoming and Resident Evil 5 kept the tradition alive, offering various weapons and costumes for meeting certain conditions, but it wasn’t enough to stem the tide of developers turning what once would have been included in the base game into DLC. 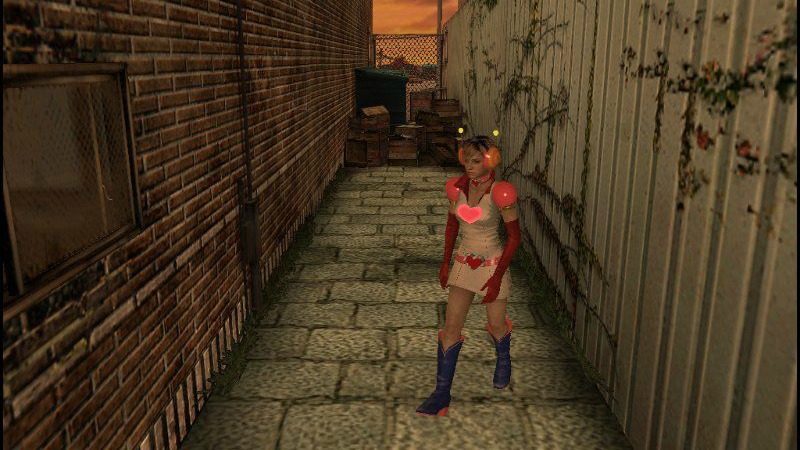 Playing through The Evil Within recently, I had completely forgotten about the several bonus unlocks granted for besting the game’s challenges. Simply beating the game gives the player a Rocket Launcher and Assault Rifle, each with limited ammo. The more intrepid players who finish the Archive and find all Map Fragments are awarded a High Power Sniper Rifle, an Automatic Handgun, and a Burst Handgun. Those up to the challenge could unlock Brass Knuckles, which provided a powerful boost to Sebastian’s melee attack, for beating the game on Nightmare difficulty.

Such powerful weaponry changes the way The Evil Within plays entirely. No longer did players need to slink through encounters or try to conserve ammo when they could just destroy any enemy in their path. Even fearsome bosses and enemies players were previously forced to run away from simply withered away under the power of the rocket launcher. What once was a game of tension and careful planning is now a carefree rampage where players are free to roam wherever they wish, as long as they have enough ammo. This dramatic shift is exactly why bonus weapons are so important. They don’t just offer another reason to play a game again; they change the way you can play it.

Replay value has become a major selling point to any game publisher. Companies will add multiplayer to games that don’t need it or even be smart enough to offer free updates to get players to revisit their games. But in the horror genre, all that’s really needed is a good game and few reasons to play it again. While collectibles and skill trees are often good distractions to get players through a “New Game +” run, they can only go so far. Horror games are almost always made to be deliberate, often building tension with a lack of resources and dangerous encounter design. By turning that design on its head, players are left with an entirely new game. Whether it’s a laser sword in Silent Hill 3, or Brass Knuckles in The Evil Within, unlockable weapons offer players a way to subvert the intended design of the game’s challenges. 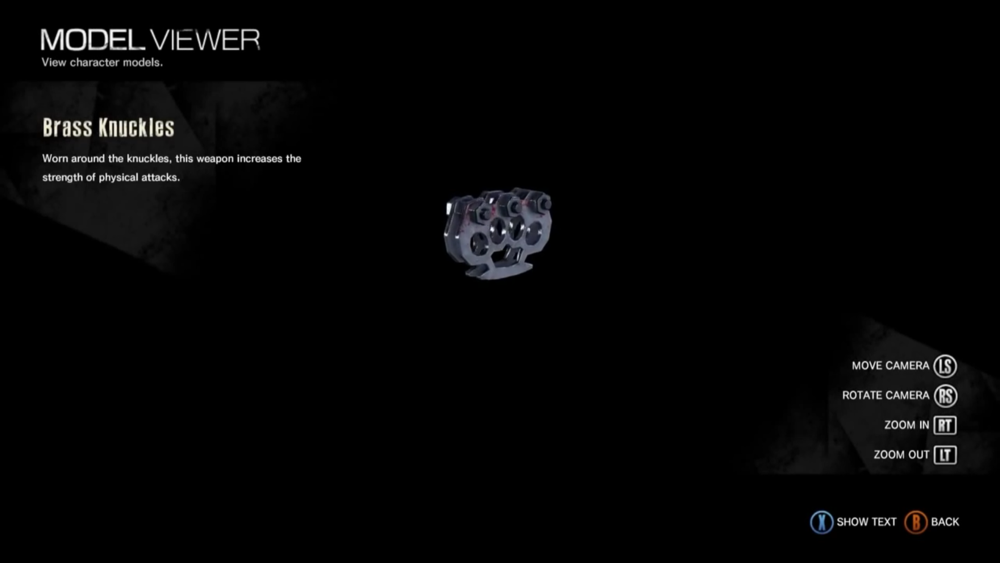 In fairness, other games have recently resurrected the practice, including Resident Evil 7 and Resident Evil: Revelations 2. Resident Evil 7, in particular, does a fantastic job of creating replay value with its unlockables, locking special items behind collectibles and difficulties in such a way that one could play through the game three or four times and still not have collected everything. Yet it was The Evil Within that kicked off this generation of AAA horror games, and with The Evil Within 2 just around the corner, the series is getting another chance to uphold the time honored traditions of the genre.

Any horror survival fan can see that the game industry is in the middle of a renaissance for the genre. The Evil Within, Resident Evil 7, and many others have managed to tear the genre away from the epic theatrics of Dead Space 3 and Resident Evil 6. Meanwhile, smaller, more narrative focused titles like The Park, Layers of Fear, and Get Even are delivering the same kind of slow-burn psychological thrills that games like Silent Hill and Clock Tower made popular so many years ago. With indie devs on the rise and publishers working with fan-favorite horror IP old and new, there’s no better time to remember exactly how important it is to add a little replay value to the horror titles on the horizon. Whether it’s an infinite-ammo rocket launcher or a knockoff lightsaber, it’s always nice to have a new way to play.