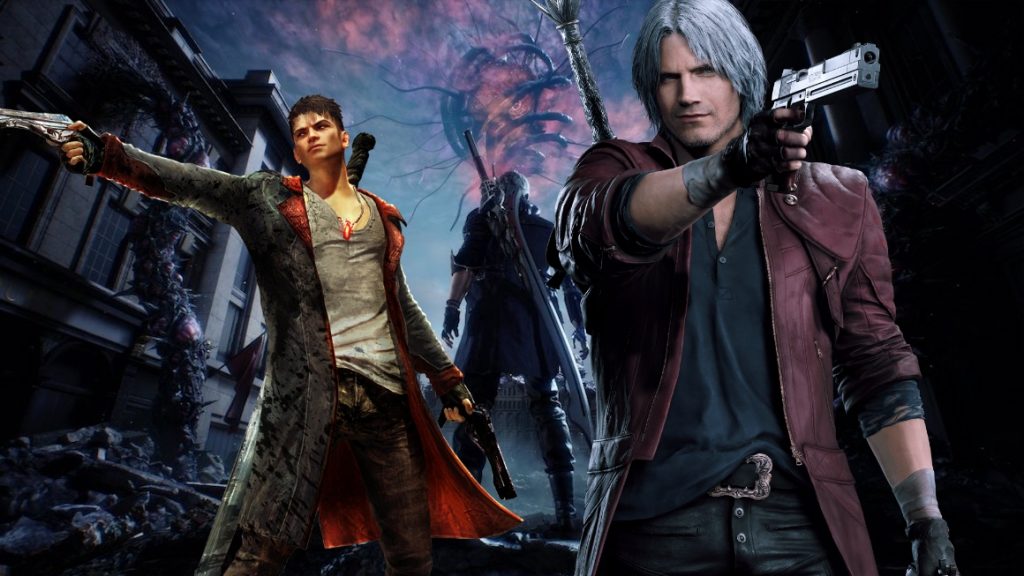 With Devil May Cry 5 finally here, disappointed fans will hopefully be able to put their disdain for the Devil May Cry reboot aside and enjoy the action game they’ve been waiting a decade for.

I quite like DmC: Devil may Cry. I enjoy certain aspects of the entire series, and DmC ranks near the top for me, up there with Devil May Cry 3, and now Devil May Cry 5. While I know many fans have issues with the gameplay, art direction, and overall tone, I found it a worthwhile addition to the franchise. Apparently, so did Hideaki Itsuno and his team at Capcom, because I noticed several DmC influences during my playthroughs of Devil May Cry 5.

It’s hard to pin down just how much Devil May Cry 5 took from the reboot effort. Some things are superficial touches that simply add to the game’s polish and style, while some things are much more impactful, having implications for the overall Devil May Cry lore.

The first noticeable influence DmC had was the inclusion of a style announcer in Devil May Cry 5. While the style ranking system has been with Devil May Cry since the very beginning, DmC: Devil may Cry added a style announcer to the mix, calling out each rank as it was reached during combat. It’s a small touch that Devil May Cry 5 adapts to it’s own combat system, and it even keeps the same ‘Savage’ rating when the player reaches their first S rank. 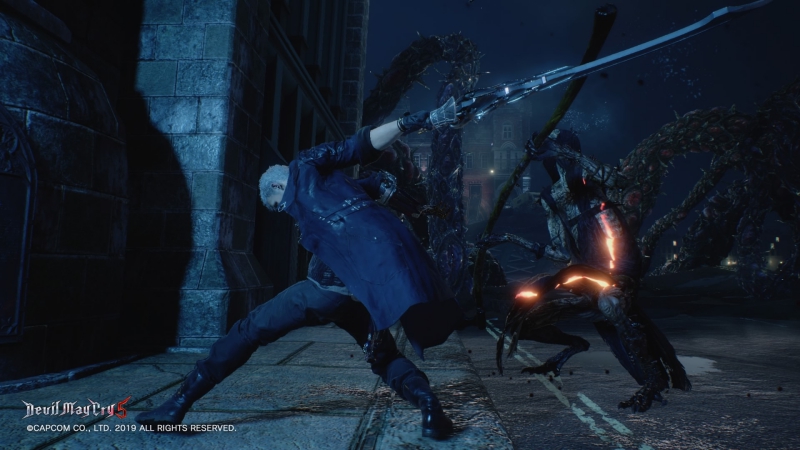 Devil May Cry 5‘s level design takes more than a few notes from DmC: Devil may Cry. Instead of the incessant backtracking of Devil May Cry 4 and 3, Devil May Cry 5 features more linear levels with cleverly hidden collectibles strewn throughout. Like DmC, levels often have small set pieces or transitions seamlessly worked into gameplay, something that was missing in prior entries. The result of DmC‘s influence works in Devil May Cry 5‘s favor here, delivering a tighter, more focused experience that puts action first.

Devil May Cry 5‘s excellent soundtrack punctuates battles by growing progressively louder the better a player performs. That’s an original innovation, but how the music fades in and out of gameplay, both before and after fights, is straight from DmC, often ending on a musical stinger and transitioning to background tracks, rather than simply fading like previous games. It’s a small touch, but it makes Devil May Cry 5‘s transitions between action and exploration feel smooth and polished to match the rest of the experience.

Another small addition courtesy of DmC is a slow-motion final blow to end a combat encounter. On the player’s last blow to an enemy, the camera will zoom in and stylishly display the characters dispatching the last enemy of a group. DmC was the first game in the series to do it, but Devil May Cry 5 improves on the idea, using tighter camera angles to better show off the action. It was neat in the reboot, but in Devil May Cry 5 it’s a subtle touch that always manages to be a satisfying way to end a brawl. 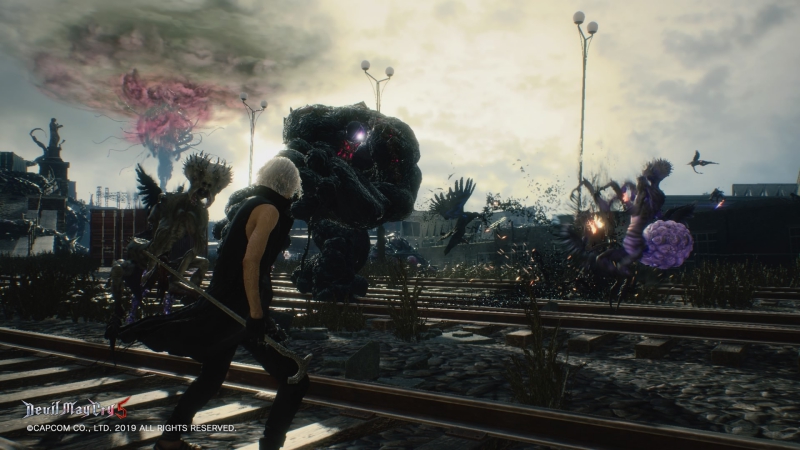 One of the biggest changes to Dante’s reboot appearance was his lack of white hair. Well, at first. In DmC: Devil may Cry, Dante’s hair turned white during his Devil Trigger, and was permanently changed at the game’s conclusion after nearly killing his brother. It was a neat way to link the white hair to demonic power, and gave a reason for the strange color in the first place.

Devil May Cry 5 seems to pull from similar logic in regards to V. When his Devil Trigger is pulled, his hair turns white as his demonic power manifests. V doesn’t have the same amount of power as Dante or Nero, so it makes sense that his hair would only turn white when he was using it. It’s a neat aesthetic choice and a fun way to link the two worlds.

Are there any other similarities you’ve found between the Devil May Cry reboot and the latest entry in the series? Let us know in the comments down below.

Be sure to check out our other Devil May Cry 5 content, including our review, where we gave the game a 10/10 score, saying “Devil May Cry 5 sets a new high bar for the series and is the definitive Devil May Cry experience.” If that’s not enough for you, we also ranked every boss in the series according to style, which you can see right here.