During Sony’s State of Play 2022 event yesterday, Striking Distance Studios released the first glimpse of the kind of gameplay we can expect from the upcoming narrative-driven, third-person survival horror game, The Callisto Protocol, and as expected, it draws heavy inspiration from its spiritual predecessor Dead Space.

The new trailer, which is a mix of gameplay and in-game cinematics, starts off with protagonist Jacob Lee walking through the interiors of a dimly lit industrial prison setting. Dressed in an orange prison jumpsuit and fitted with an LED band on the back of his neck (which looks to be an analog to Dead Space’s spine health meter), Jacob sees fleeting shadows of grotesque shapes in the distance as he cautiously makes his way forward, narrowly escaping detection by brutal bipedal defense sentries.

Later in the trailer, Jacob encounters what look to be infected prisoners who have been transformed into violent monstrosities. His only means of defense are an electric stun rod and a handgun that shows your ammo count on a digital display on the back of its gun barrel. The trailer also shows glimpses of Jacob in a spacesuit outside in the snowy wastes of Callisto, so we can also expect some chilling exterior encounters on Jupiter’s “dead moon.”

Throughout the trailer, we hear narration by an unseen character claiming to have saved Jacob from a wreck and telling him his life is in his hands. This malevolent character’s intentions aren’t clear, but we can only assume he doesn’t have Jacob’s best interests at heart.

In a recent interview with Game Informer, Striking Distance Studios revealed that Transformers actor Josh Duhamel has been cast in the lead role for The Callisto Protocol as Jacob Lee.

The developer also provided a brief synopsis of the game’s story on their site:

Set 300 years in the future, the player will take on the role of Jacob Lee – a victim of fate thrown into Black Iron Prison, a maximum-security penitentiary located on Jupiter’s moon, Callisto. When inmates begin to transform into monstrous creatures, the prison is thrown into chaos. To survive, Jacob must battle his way to safety to escape Black Iron Prison, while uncovering the dark and disturbing secrets buried beneath the surface of Callisto.

Using a unique blend of shooting and close-quarters combat, Jacob will need to adapt his tactics to combat the rapidly evolving creatures while scavenging to unlock new weapons, gear, and abilities to outrun the growing threat and escape the horrors of Jupiter’s Dead Moon.

Pre-orders are available for physical and digital deluxe editions of the Day One Edition on the game’s official website here. Preordering the game will give you access to the Retro Prisoner skin for free as well as the Contraband Pack (PlayStation Exclusive).

The Callisto Protocol will release on PS4 and PS5 on December 2, 2022.

You can watch the official gameplay reveal trailer below. 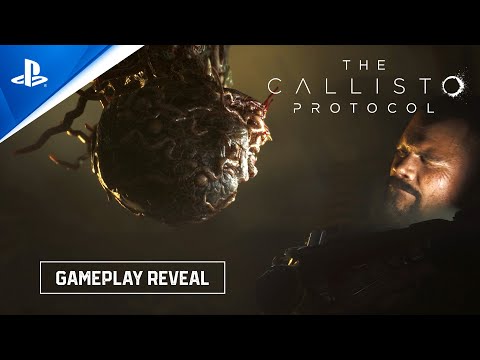