Rely on Horror’s 2017 Game of the Year is … Resident Evil 7: Biohazard 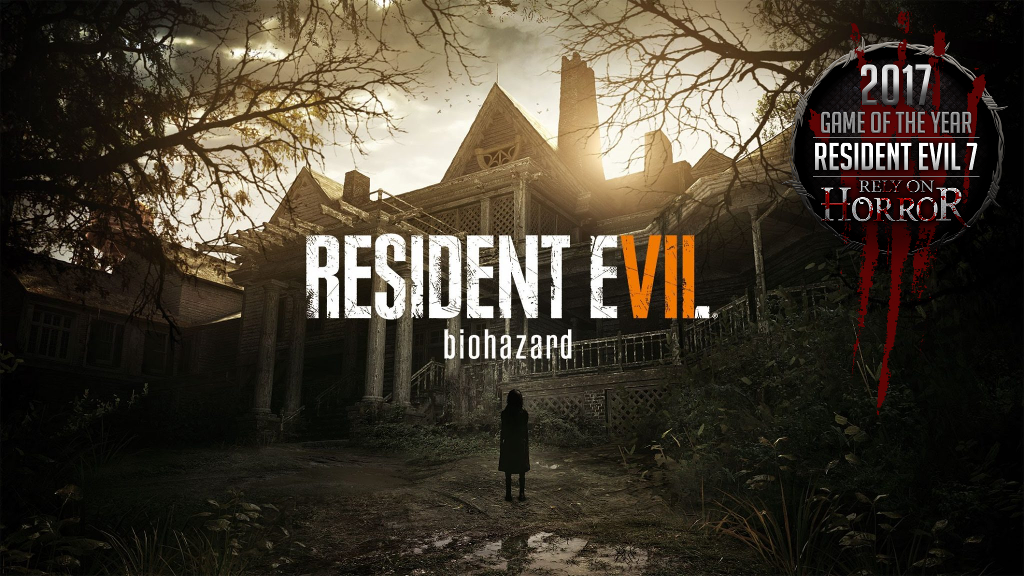 Several members of the Rely on Horror staff have below contributed some words to why Resident Evil 7 deserves the recognition and praise. Below you’ll also find the full award, as designed by Whitney Chavis.

Agree with our choice? Disagree! Let us know in the comments! Stay tuned for our 2017 Community Game of the Year announcement as well!

From niche indie titles to AAA blockbusters, 2017 was an excellent year for horror players. What sets Resident Evil 7 apart from the other great games released this year is Capcom’s insistence on getting things right. Not only have they returned to the serious approach longtime fans have been missing in the series, they’ve made a game that players who either don’t like or have never played the other Resident Evil games can jump right into and enjoy. The cherry on top here is a fully realized VR version of the game, along with some DLC that brings back the cheese in a lovable way. It’s not without flaws, but Resident Evil 7 has far fewer of those than expected and managed to bring this non-fan of the series into the fold.

RE7 accomplished an impressive feat: it brought a beloved series back to its roots and moved it forward at the same time. Resident Evil had strayed far from the survival horror we once knew. It took us around the world as its characters grew more badass and its controls grew more action-oriented. With RE7, Capcom scaled things back down to the slow-burning decay of an isolated locale. My experience with it was most comparable to the very first Resident Evil and its remake, which remain my favorites because of their fantastic sense of place. RE7 also managed to push the series in a new direction with fresh characters and a perspective that lends itself to VR. This year, Capcom reminded us why we love Resident Evil while assuring us they won’t be left behind.

After several years of meager attempts at satisfying action fans with poorly constructed and some outright embarassing sequels, the Resident Evil series is back. The fact that Resident Evil 7 is as good as it is is miracle-esque. Capcom walked away from the smoldering mess that was Resident Evil 6 with clear ambition to returning the series to its survival horror origins, and they did a spectacular job.

The shift to first-person may understandably not be for everyone, but Resident Evil 7 honors the roots of the series while taking it in a direction it desperately needed to go. Now this is fear I can’t forget.

There was a problem. Capcom forgot what made Resident Evil great. We saw hints of a resurgence with the Revelations games, but the nostalgia was compressed in smaller levels. Here we have a house again. Here we have a fresh start and truly frightening gameplay for our times, just as the dogs scared us in the original. I have hope that Resident Evil and Silent Hill, our mainstays on this site, can keep up with the times and entertain anew.

It’s crazy to think how it’s been more than a decade since the last truly great Resident Evil game; that for the past 12 years, RE fans have had to make due with remasters and re-releases to slake their thirst for another classic survival horror game. RE7: Biohazard is phenomenal for being both innovative yet comfortingly familiar, providing series vets with thrills and chills while cutting loose the baggage of twenty years’ worth of nigh-impenetrable story to give newbies a fine jumping-on point as well. And that’s not even touching on the game’s excellent use of VR either; for my money, this truly is the best way to show off the potential of the otherwise-gimmicky PSVR.

Also, Jack Baker should’ve been in Marvel vs. Capcom Infinite. Get your act together, Capcom.

I’ve never had a game start with my hand being cut-off and then forcing me to climb a ladder with one hand and shoot a gun with one hand and then drive a car into an unkillable demon man. RE7 starts so strong I thought it would be impossible to sustain, and a few hours later I almost failed to notice that I was kept at the same level of intensity while dealing with old school ridiculous Resident Evil puzzles. This is a new vision and it taught me to enjoy the older games even more.

Resident Evil 7 is a prime example of a developer learning from their mistakes. Trying to appease every demographic proved to be a venture that wasn’t profitable. Understanding why people loved the franchise allowed Capcom to create something that was truly special. Resident Evil 7 adapted several aspects of successful recent horror titles while implementing mechanics that called back to earlier titles. Walking this fine line has proved successful and may send a message to publishers and developers alike. Horror is here to stay.

Having given up on the Resident Evil series entirely after the disappointment that was RE6, it seemed like a miracle to me that Capcom indeed was able to successfully go back to its horror roots. When the first trailer hit it still seemed too good to be true. Luckily, we were all proven wrong; the experience was similar to playing Resident Evil from 1996, but with standout environments and a modern feel to it thanks to its first person perspective. I particularly enjoyed the pacing, the setting and sound design. Overall, it’s a very well designed game that just goes down your throat like good olive oil and sets the bars high for all horror games to come out next year.

For me, Resident Evil 7 wasn’t just a step in the right direction for the franchise because it returned to its roots, but because of what else it did with that established formula. While flawed, the narrative is the most interesting and personal the series has ever been, and the well layered gameplay systems are light years ahead of the tepid Uncharted-inspired antics of Resident Evil 6. I’ve played it five times, and am still ready to dive back in. It’s just that good.

Isolation. Fear. Paranoia. A deep sense that somewhere, deep in the darkness, something was watching me. This is Resident Evil, something that has been a part of my life’s blood for almost as long as I can remember. Filling my library with games, books, comics, films, and more, it was bigger than just “something I liked”, it was a passion. I can admit, even with such a deeply seeded love for this franchise, I was starting to grow worried. Year after year, I watched this series shift away from what I grew up loving into something else… something that wasn’t just different, but objectively of lower quality in many cases. Heartbreaking as it was, I began to approach the series with a weary “oh well” attitude, happy that at the very least the brand didn’t seem to be going anywhere.

There were of course rumors of a shift back to the original tone, hopeful fan theories, and even Capcom’s own promises of listening to fans and making adjustments accordingly, but I wasn’t holding my breath. But on Sony’s E3 stage in 2016, I saw a spark – a dim ember burning in the darkness … a spark of fear. Isolation. Paranoia. Getting my hands on the demo that night, I found myself afraid. I found that I could hear my blood pumping in the eerie silence that drifted through the mysterious house I was exploring. I became enraptured by the mysteries, the thrill of discovery and the sweet rush of adrenalin when confronted by the clearly demented “Family Man”. This was all a preamble to the real thing, the final release of Resident Evil 7 only months later. Was I home? Had Capcom finally brought me back to that childhood rush of almost opiatic addiction to fear? My friends, we have once again entered the world of Survival Horror… and the future is looking wonderfully, deliciously, dark once again. Welcome home? It’s like I never left.

Resident Evil VII occupies two molds at the same time. On one hand, the journey is a fresh look from a pair of eyes that isn’t an undead-wrecking superhuman. Moreover, it takes place in a far scaled down and less bombastic setting from the last few entries. On the other, it truly captures all the key aspects that sold the original title over 20 years ago. From managing your limited resources in a claustrophobic dwelling that you’ll become overly familiar with, to turning into an action-filled finale where you’re overcoming monsters that evolve with your weaponry options. Resident Evil VII is the Texas Chainsaw Massacre game we never knew we wanted and the homecoming we always deserved.

In a year where it feels like a Game of the Year contender released every month, I’ve never been able to shake the feeling Resident Evil 7 gave me. Creeping around a crumbling mansion, painfully aware that I only had three handgun bullets to work with as a deranged, balding man pounded around just a few feet above me was the most scared I’ve ever been while playing a video game. I wasn’t as thrilled with the narrative’s back half, but even then I found myself daydreaming at work about closing the blinds and getting back to my PS4. Resident Evil 7 is the confident, strange reimagining that the series needed, and I hope we see more games like it in the years to come. 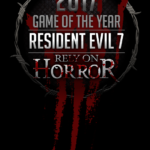