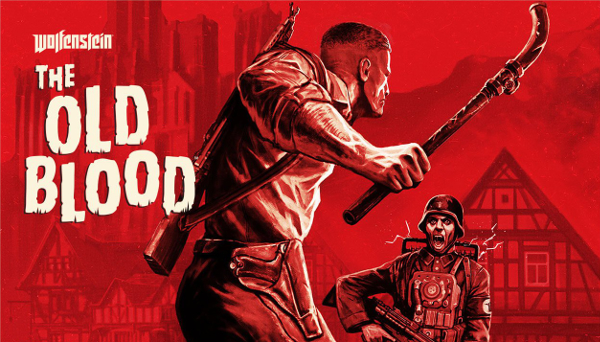 Prior to 2014’s Wolfenstein: The New Order, I had never played a Wolfenstein game before. All I knew was that it was a series that took place in an alternate timeline where the Nazi bolstered their power through experimentation in the occult and mad sciences. So when I played Machine Games’ entry, I was a bit taken aback at what I played. An incredibly human story wrapped into a really well-made shooter? I wasn’t expecting that! I didn’t know what to expect, but once I completed it I found a personal GOTY contender. And now it’s a year later, and Machine Games has made some more Wolfenstein for me to eagerly consume, with the standalone prequel, Wolfenstein: The Old Blood. Frankly, I’m going to be excited about whatever these guys make from now on.

Taking place sometime before the events of the The New Order’s first chapter, Wolfenstein: The Old Blood once again follows series’ hero BJ Blazkowicz as he dismantles the Nazi regime in explosive fashion. Well, not at first; The Old Blood begins with an infiltration mission that many players seem to agree did not act as a good introduction to the campaign, with the stealth segment leaning somewhat to the unfair and tedious side. I’m going to have to say that I agree. But once this tiresome intro is complete, The Old Blood shines just like its predecessor and bestows upon us players some damn good shooter gameplay, with optional stealth and challenging enemies. 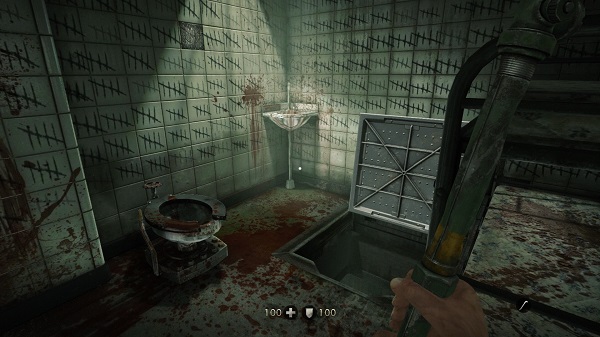 In an effort to touch upon the series’ past, The Old Blood sends BJ and his various partners to the Nazi’s more nefarious facilities, such as Castle Wolfenstein itself and the old village of Wulfberg where ancient artifacts tied to a mysterious power are being exhumed. The Old Blood introduces new characters and antagonists teeming with personality, such as the Rudi Jager: an incredibly tall man that loves feeding his mechanically modified dogs human meat, and Helga Von Schabbs: a menacing high ranking Nazi who believes she holds the right to control the lost power hidden deep below Wulfberg. Both of these characters, as well as BJ himself just as before, are brought to life through well-written dialogue and superb acting. I mean, as gamers we’ve killed a lot of faceless Nazi in our time, but Machine Games has proven once again that they can write some really effective scenes by designing memorable psychopaths from the Nazi Party.

The Old Blood is less about the horrors of war and oppression in a Nazi-controlled world than it is in The New Order; the game’s “scare factor” this time around stems from the re-introduction of supernatural elements, in this case the return of Nazi Zombies. The latter half of the game takes place in Wulfberg, a village where folklore suggests some dark things once took place. The Nazi Zombies aren’t exactly terrifying, but they mix up gameplay just enough that one moving from The New Order immediately to The Old Blood will have a fresh injection of enemy encounter variety. Headshots are the more effective method of disposing of the flaming, anti-semitic undead, and human enemies have the potential to turn once they’ve been killed without dismemberment. Between the waves of overly-eager Nazi, their dogs, and mechanized warriors, The Old Blood may be a shooting gallery, but it’s one that remains engaging throughout. 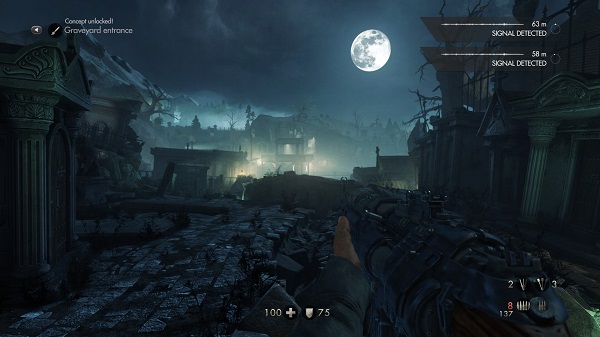 The idTech 5 engine is capable of some truly impressive visuals, but as with The New Order, some minor troubleshooting may be required for the PC version of this game. After messing with my graphic settings for a bit at the start to get a solid 60FPS, the latter portion of the game is evidently more demanding than the rest. With environments filled with particle and blur effects and enemies emitting fire and other effects themselves, you may experience a drop in performance later down the line that needs to be addressed. Don’t get me wrong, The Old Blood contains some awe inspiring visuals, but reworking my graphics settings several times was a hassle. 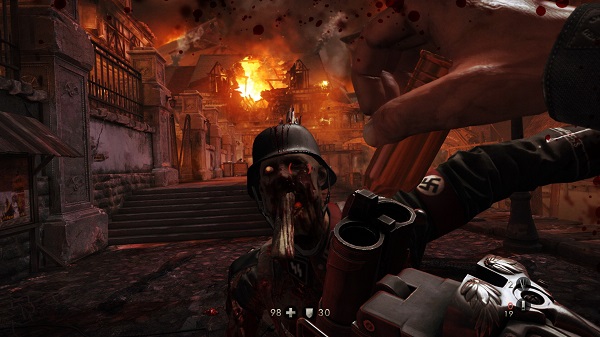 In Wolfenstein: The Old Blood, gratifying gameplay meets likable characters (memorable bad guys are a good thing), and you’re looking at about 8-10 hours of more Wolfenstein, and that’s pretty swell if you ask me. The Old Blood doesn’t have the same gravitas as The New Order, but its occasional humorous moments let the game stand out and differ in tone just enough to let the two games co-exist in the same bleak story-line without conflicting. Perhaps the worst thing about this Wolfenstein is that I’ve finished it and have to wait for more.