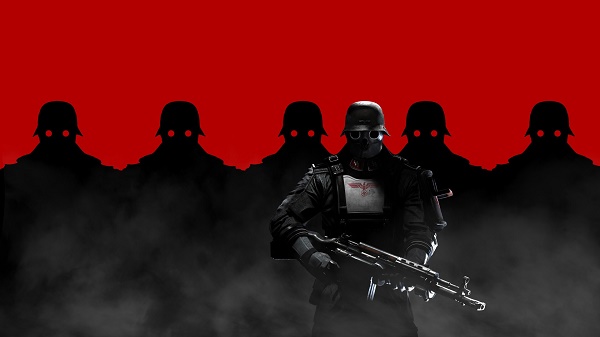 I’ll be honest, I didn’t expect much from Wolfenstein: The New Order. Since its announcement, there was a certain level of uncertainty surrounding the game; the public’s expectations were a little low, myself included, and there didn’t seem to be a lot of buzz behind it.

The FPS genre has its fair share of mediocre, uninspired, and vanilla shooters where the act of shooting bad guys becomes tiresome and uninteresting. Having little experience with the Wolfenstein series, I feared that any redeemable aspects of the game would go over my head as feelings of nostalgia from referential content would be lost on me. Admittedly, there were a lot of pessimistic feelings entering the game. But I’m happy to say I underestimated Wolfenstein: The New Order – what I expected to be just another shooter turned out to be a very solid one with a surprisingly emotional and intelligent story.

Wolfenstein: The New Order sees the return of series’ hero William “BJ” Blazkowicz. After failing to destroy a Deathshead facility, BJ goes into a comatose-like state for fourteen years while the Nazis spread their influence and control over the world. Concentration camps became commonplace, curfews limited the freedom of citizens, and eugenic practices were put into effect.  The New Order places us in a terrifying world subjected to the evil that was the Nazi regime, and the game leads us from the worst case scenario: they’ve won. 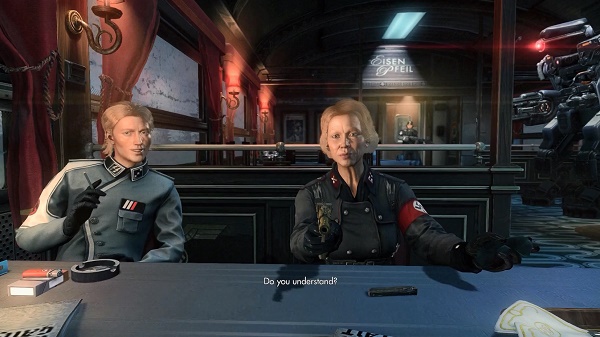 I was surprised with both the gameplay and the story. I didn’t expect that a game about fighting Nazis and their robots would include such diverse and personable cast of characters, but it does. BJ, voiced by the arguably under-appreciated Brian Bloom, expresses his thoughts periodically, with statements about the horror of war, comradery, life prior the war, and his hatred for the Nazis. Blazkowicz may look like a brutish jarhead, but he’s expressive in ways that don’t come off as overly brooding or cliche. In a medium where people are accustomed to generic-dude-with-an-attitude protagonists, BJ’s persona is endearing and refreshingly relatable.

The supporting cast features characters that are well-written and not just archetypes designed to fill a role. Standout performances compliment character dialogue, effectively making them enjoyable to watch and listen to. BJ’s team, which is formed by a mix of old friends and new faces, stand out and feel genuine. Even the bad guys are enjoyable to watch, as they are monstrous but highly charismatic. Deathshead himself, the main antagonist of The New Order, is a chilling character that’s introduced to the player in a way that quickly establishes him as a monster, playing on the player’s attachments to BJ’s allies. There’s also Frau Engel and her companion “Bubi”, which are a memorable duo that stand out as the most frightening “power couple” in the Nazi regime.

MachineGames has succeeded in telling a story – albeit a highly fantastical one – about the horrors of the Nazi regime’s conquests in the world. The New Order doesn’t feel like a simple Nazis are bad, kill them kind of game. There’s a lot of thought put into the world and its people in The New Order. A world where key historical events in history have been perversed by a fascist agenda, and propaganda shapes the minds of the pure race and marginalizes those that are not.

The game is striking in many regards. From re-purposed cities crafted to Nazi sensibilities, muted residential areas contrasted by vibrant insignias, to Nazi monuments that are imposing in design but showing signs of decay, as if metaphorically representing the corruption within their walls, The New Order does a fantastic job of creating a harsh and believable world and alternate reality scenario that’s not only visually stimulating, but also entertaining to play within.

Level design in The New Order is fairly linear but with multiple branching paths that lead players to potential secrets. If you’re a completionist gamer, there are a whole lot of unlockables hidden within each level, some further expanding the story via notes and audio logs, others upgrading BJ’s weapons or stats, and others (Enigma Codes specifically) having to be accumulated in order to decipher secret codes that unlock new game modes. Hidden music tracks that are German covers of popular music of the time, along with newspaper clippings, help paint an alternate 1960’s world where history had been led by the Nazis. Some notes range from comedic things like sausage replacing fish and chips as London’s iconic dish, and others displaying the effects of racially driven propaganda on society. 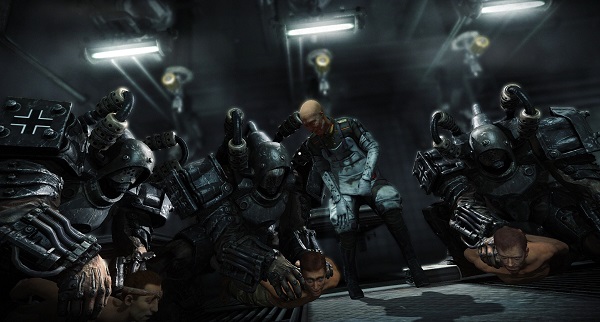 Wolfenstein: The New Order is a shooter that borrows a little bit from each generation of the FPS genre. Health and ammunition, unlike most modern shooters, must be picked up individually during play. Some may see this as a hindrance to the fast-paced action associated with the genre, but I very much appreciated this as it adds a sense of urgency when low on health and requires players to be conscientious of how much ammo they have for each weapon. It’s a system that I also feel grounds the gameplay and compliments its multiple play-styles, one of which being stealth.

Stealth in The New Order is similar to that of Metro: Last Light and Far Cry 3, where alarms can be avoided by sneaking around and killing enemies methodically. BJ wields a knife that can be used to initiate stealth take-downs and melee attacks, and when equipped with two or more knives, can be thrown as a means to quietly kill a target from a distance. Special Nazi commanders have the ability to call for backup, so a smart strategy lies in killing them quietly (or just first).

BJ’s arsenal comes in the form of pistols, lasers, grenades, assault rifles, sniper rifles, and shotguns. Many of these weapons can be dual-wielded in ways that would make Master Chief embarrassed over his inability to control gun recoil. Each weapon includes two firing modes that are unlocked over the course of the game, some adding some extra firepower and others further expanding a weapon’s effects on targets. Iron sights is The New Order‘s method of aiming at foes and while the game does not make use of a cover system, it includes an ingenious lean system that lets players peer around or above cover automatically or manually, even on controllers.

On paper, it’s hard to describe why The New Order‘s combat mechanics stand apart from other shooters. The combat feels very solid and when considering the game’s weapons, level design, pacing, and story, it all comes together pretty well. Blasting through levels feels great, whether done slowly, quickly, or somewhere in between. Environmental destruction also adds some weight to the gun play as cover can be broken by too much gunfire, for both BJ and his enemies. Throwing a grenade at a Nazi and watching both him and the terrain shatter into pieces is good, freedom-fighting fun.

Playing on PC, Wolfenstein: The New Order sadly does not run perfectly. During my time with the game, I felt that some further optimization could have been done. For starters, cutscenes often hitch when they begin, despite being displayed in a lower framerate (locked to 30 FPS) than the rest of the game. This hitching can also be seen when the game starts up, as the studio logos stutter and slow down the game’s startup. Loading times are also a bit long, so repeated dying becomes a painful process.

On the options side, there is a noticeable lack of customization of the game’s Depth of Field setting; players are limited to either a High or Medium DOF, and despite how some environments benefit visually from this effect, smaller interiors potentially suffer from a very short distance of sight, with enemies being blurred unless directly focused upon. A Low setting, or the option to turn off DOF completely would be nice and would provide an additional performance boost. Anti-aliasing options are also nonexistent within the game itself, but oddly enough accessible by editing a config file.

Running on the same engine as Rage, the game is very nice to look at, but depending on your setup, noticeable texture pop-in can occur. At one point the game refused to load at my current checkpoint, crashing to the desktop repeatedly. It’s also worth mentioning that The New Order is a very large game, taking up 44GB of HDD space. 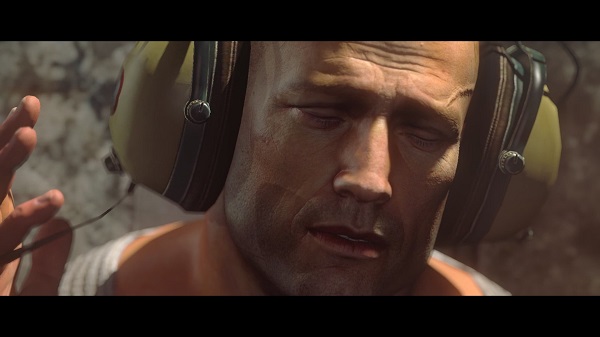 In terms of issues I had with the gameplay, many things were fairly minor, although I can’t say that the game was completely engaging at all times. For example, as if by some unwritten rule, the game’s sewer level was a very low point in the game. These moments come every now and then, but not often enough to hurt the game considerably.

As for the story, the game ends with one clear unresolved conflict with a certain character. Considering this and the game’s ending, I can easily see a continuation in either the form of DLC, or a sequel. I’m more inclined to believe DLC, though for reasons I’ll avoid addressing as to avoid spoilers.