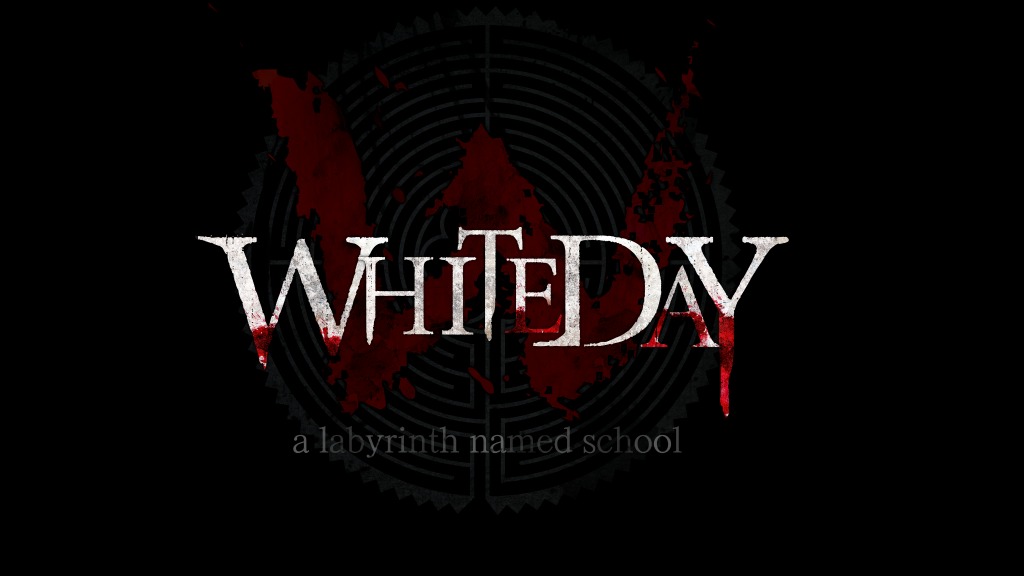 For years, I’ve wanted to get my hands on White Day. As a first person horror game in the vein of Amnesia and Outlast, White Day: A Labyrinth Named School has long occupied a similar space for me as Haunting Ground and Rule of Rose; a classic horror game that many claim is one of the genre’s best but is hard to get a hold of. The obscure 2002 Korean horror game never got a proper western release, so when announced that it would finally be localized for modern consoles, I was absolutely elated. Sadly, while White Day: A Labyrinth Named School may have been influential when it first released, time has not been kind, leaving a game that is more of an exercise in frustration than terror.

White Day starts out simply enough, with a Korean high schooler looking to return his crush’s lost notebook, as well as give her a gift for White Day, Korea’s equivalent to Valentine’s Day. While sneaking into school one night he finds that he has been locked in with his crush and two other girls, as well as a duo of homicidal janitors and a few vengeful ghosts. The gameplay from there revolves around avoiding the janitors and solving puzzles throughout the environment, broken up by visual novel-esque sequences where the player can make various choices when talking to the girls that will affect the ending. It’s an interesting setup that sadly doesn’t deliver; what could have been an interesting allegory for the struggles of high school romance and the problems it can cause turns out to be little more than slight visual novel elements filled with uninspired characters, wrapped in monotonous gameplay. 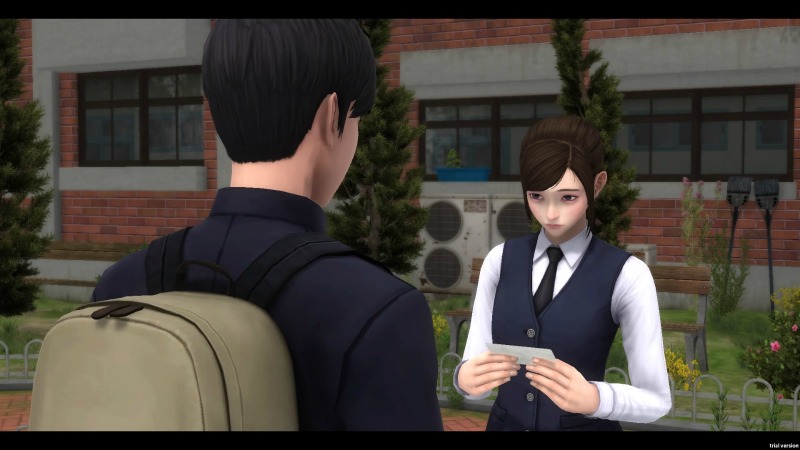 The stealth in White Day plays like a precursor to something like Amnesia; players must avoid the janitors or risk death, and there is no combat to speak of. It’s also White Day‘s first great failing, as it plays like a rough draft of better games we’ve had since 2002. On Normal difficulty, Janitors have a large line of sight, allowing them to see players through the abundance of windows that line most of the school’s halls. Once they give chase, the chances of losing them are pretty slim unless you want to run across almost the entire game space.

Even if you do find a way to hide from them (the only fixed hiding place is in bathroom stalls, other than that you have to hide behind things like desks), they are such meticulous searchers that they will probably end up finding you anyway. Good stealth in horror games relies on the enemies being believably intelligent in how they seek players out. In White Day, the enemies omnipotently hunt you down in such a mechanical fashion that it never feels like you’re really hidden; it’s a game of luck more than anything.

There were several times that I would run away knowing that I had completely broken the enemy’s line of sight before hiding, only to have them randomly gravitate towards my hiding place when searching. It is completely immersion breaking, and it’s a problem that persists through even the game’s easiest difficulties. The janitors are also incredibly slow-moving when searching, often leaving me trapped in one location for several minutes at a time during the rare moments where I actually fooled them. In one late-game area, I became stuck in a single area for more than ten minutes while waiting for one of them to pass me by so I could progress through the level. The janitors are the main antagonists throughout the game, and they are a nuisance that constantly impeded my progress with some of the worst game A.I. I’ve seen. 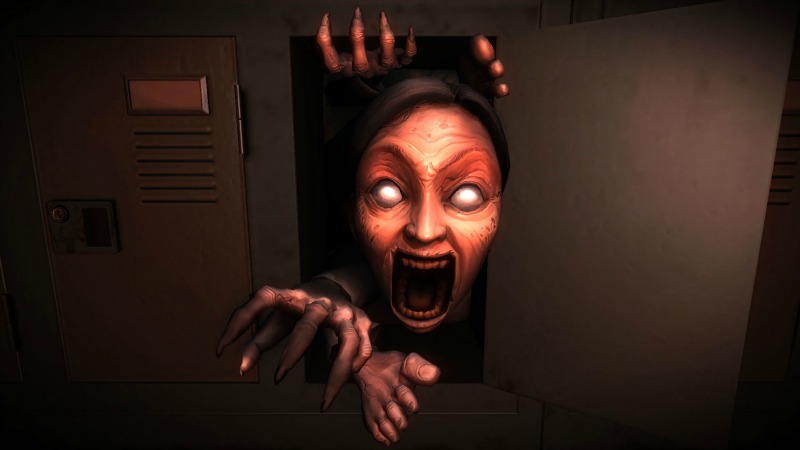 Unfortunately, the AI is far from the game’s biggest problem. White Day‘s main issue is also its most significant component; the solving of environmental puzzles. Almost all of the major solutions in the game are nonsensical and frustrating, rarely giving players a hint where to look or go to progress. Notes found by the player that ought to give clues usually seem to be missing a step or two, leaving gaps in the logic of puzzles.

Classic series like Resident Evil and Silent Hill have similar logic to their puzzles, but both of those series were adept at directing the player so they had sufficient context needed for a solution. Resident Evil provided cryptic poems and notes, while Silent Hill games would change camera angles to draw attention to specific points and have characters deliver hints through hypotheticals in their thoughts. White Day does nothing to this effect, and as a result, I spent most of the game fumbling through its levels desperately searching for the tiniest object I may have missed.

Some puzzles are also just poorly explained. For example, there is a math problem that needs to be solved mid-game to receive a password, but it’s written in Chinese. There is a key given for the Chinese numbers 1-10, but none of them correlate directly to the images on the board. Nothing explains to the player that the problem isn’t actually mathematical; players instead need to subtract one shape from another and find the result on the key below. Nowhere does it mention this, so unless you know the Chinese figure for “minus,” you’re just shit out of luck. Other puzzles antagonistically give you a solution up front but still don’t let the player off easy, such as a frustrating conundrum involving a kiln and cooling an object with water with dozens of possible sources around the map. 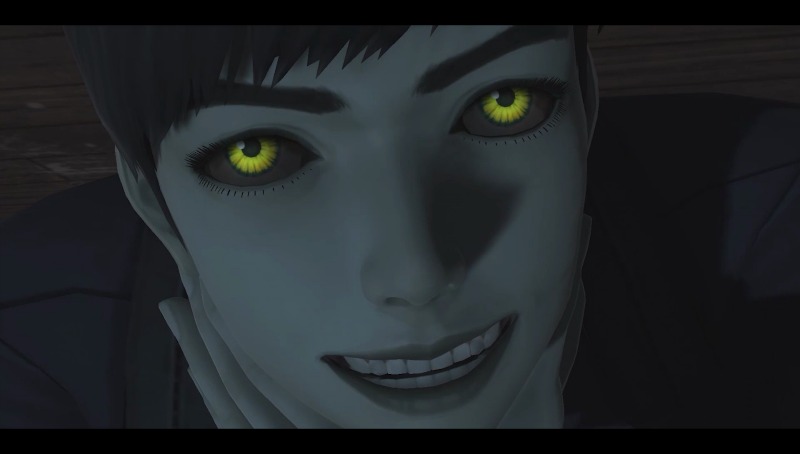 These aren’t even the worst examples, not by a long shot. The game gets progressively more obtuse as it goes on, but the worst solution in the game (and maybe one of the worst I’ve seen in a game — ever) comes near the end. When confronted by a crazy woman with a knife, players are required to run away by scrambling up four floors. When at the top, they automatically run to the security alarm, prompting a QTE sequence. Even if you succeed in the QTEs, however, you’ll die every time. The only way to complete this sequence is to go up to the fourth-floor security alarm and activate it before the woman comes after you. Once again, the game gives you no hint that this is what you’re supposed to do, or even that the security alarm isn’t activated. The only way to solve the puzzle is to die first and somehow intuit that there’s something wrong with the alarm, rather than assume you’ve simply failed the quick time event — which is the logical conclusion.

As I mentioned before, various bosses must be defeated through the solving of puzzles before continuing to the next area. These vary from pretty clever to incredibly frustrating. Each of them are timed, and allow the player to roam freely around the school. Players are unable to save at all during these sequences, and some of them can last upwards of fifteen minutes, meaning that if you die, you start the whole thing over again. Even if players do succeed in achieving the objective, they can still be killed by one of a boss’ QTEs, and have to slog through it all again. It’s a design approach that seems like it should be interesting, but ends up being so punishing that it drains any sense of tension from the encounters.

That’s not to say White Day isn’t good at being scary. The atmosphere and high school setting worked wonders to encourage me to push through the monotonous gameplay, and the few jump scares included feel genuine. There are plenty of ghost stories to discover, which works as a kind of collectible that also sheds light on the school’s dark past. The ghosts themselves are also pretty well designed, drawing heavily from classic Asian-horror archetypes. Don’t worry, there are plenty of black-haired ghost schoolgirls if that’s your thing. 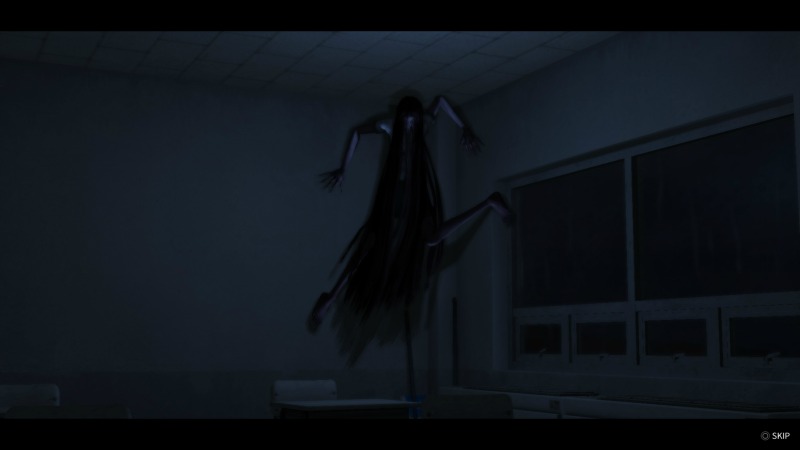 White Day‘s presentation is a bit of a mixed bag. As an HD remake of the 2002 original, almost every texture and model has been reworked to look more modern, but it’s not enough to hide the fact that you’re just looking at new skin stretched over old bones. Characters animate very well, and movement is smooth for the most part, but environments feel a bit too sterile and empty. The music and sound design also range wildly, with music and voice acting being passable at best, surrounded by solid sound effects that added genuine depth to the players surroundings. There were also moments with vocalized tracks so unappealing that I wanted to turn the sound off completely. What I’m assuming is meant to be a creepy spin on traditional Korean music ends up sounding like an old woman screaming over random string instruments –– it’s annoying, to say the least.

White Day: A Labyrinth Named School is a real heartbreaker for me. With its early take on first person stealth horror, complicated puzzles, and intense atmosphere, it’s easy to see why it gained such a cult following. Unfortunately, nearly every element of the game has aged poorly, and the result is a rage-inducing experience for the player. The atmosphere is worth experiencing for classic horror fans, though, and if you’re able to find a solid online walkthrough you might get some enjoyment out of the scares and story elements. Gameplay-wise, White Day is a manifesto of everything modern horror games shouldn’t do, and why the genre has evolved to what it is today.