Kate Beckinsale Returns as Selene in yet another installment of the Underworld film franchise. And that brings new opinions and, of course, a new review. I myself do not want to spoil too much of this franchise so I will keep the spoilers to a minimum when it comes to past films– and for those who’ve missed out on the first three movies, Awakening has a neat little recap sequence in the beginning. The franchise to date is definitely worth your time for a full watch.

This fourth installment in the series is actually only the third starring Kate Beckinsale as Selene. The third theatrical release being a prequel, Kate has had some time since being with this franchise. Since 2006 to be exact. But she makes a natural return and is in form rather quickly.

Selene, Michael and all the non-humans are in for a big change during this movie. There is a shift from the typical formula for plot and far less foreshadowing than the previous two titles featuring Selene. With humanity taking a stand and genocide being the more appropriate course of action, it leaves little room for reasoning. Anybody who has seen even a trailer is very aware of this. From the start, we are hit with puzzles with no answers to go with them. We discover these answers almost parallel to Selene’s perspective and this movie is very close to her as a character. There are some very interesting plot turns I never expected. Being a follower of the films, I was expecting something very different. But this is not a bad thing whatsoever. 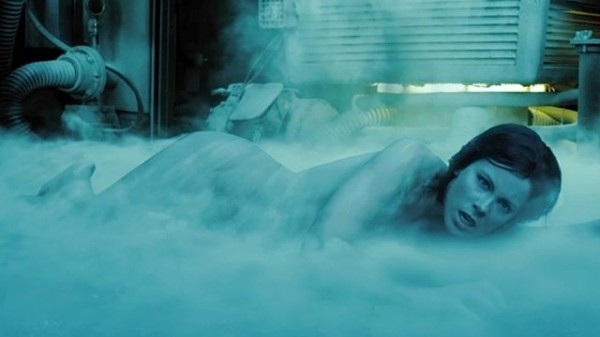 The first two movies were relatively easy to predict and foreshadowing was done wide out in the open. Dialogue exchanges and primary plot made the path of the story arc very clear to the audience. We would be made aware of some figure or place that represented what we knew would be the climax to the film or the central fallback. In this regard, Underworld: Awakening took a massive deviation from that tried-and-true path. There was actually a sense of journey and discovery rather than focusing on pure confrontations with good choreography. Although this movie still had plenty of that.

Camera angles were fair, not so many high angles. Either level with the characters, or very slightly being at low angle. Most of the movie takes place looking up at characters; just enough to notice, not enough to bother. They are conveying a real sense of stature here. Any scene in this movie highlights Beckinsale’s physical appearance. She is made to look as we would expect. There are many closeups of her face and body during important scenes. With many having the feeling of loss or sorrow of some sort. Kate does a great job at being what she is: absolutely gorgeous with a touch of tragedy. There was one scene that particularly caught my attention where she was noticeably colored in the face, rather than the pale face we are used to. It was very unlike any other portrayal of her with lighting, as well. 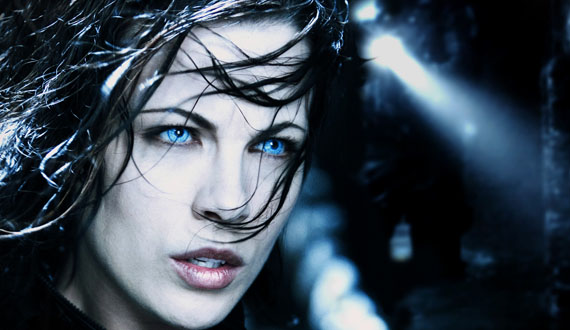 The 3D in this film was worth mentioning. A scene with a shattering windshield actually had me put my hand up to block a piece of flying glass from hitting me. A quick laugh and a nod to the great job done. If you get a choice, go see it in 3D.

This movie did a decent job in terms of set and structure. Many different settings all with many different colors and the ability to keep me interested. There were low spots in this movie, but they were not boring. And the set made a certain “home” of a group of vampires into something I was sold on completely. Great job there in the set. The budget was put to good use.

One thing I want to mention specifically is the role of Dr. Jacob Lane portrayed by Stephen Lea. I am aware of this actor, and much like his role from V for Vendetta, his character was one I liked the most here. Through both the script writing and delivery, you can connect with both the noble mentality and the antagonistic appearance within his character. Very good job done by Stephen.

One criticism comes to mind and it’s when it comes to action sequences. I feel as if there were some sequences in this film that were either too short with need to be much longer, or very dragged on with no need. A car sequence felt like it took forever when it should have been short. And a battle with a higher level enemy was a flash when it should have been longer. Other than that, I have no complaints here.

This movie has already been under heavy negative attack by some media groups. I am obligated to defend it against them. Although I like this movie less than the first and second installments, it stands alone in creative direction and independence. It is a different breed of writing and presentation. I feel it deserves respect for deviating and still making a great movie. Characters are able to relate to and you feel for Selene at least once in this movie if you are of the norm. It does not follow the building epic atmosphere of the first film; and more notably, the second film, but it acts as quite a journey and leaves many things open for the future. If you get the chance, go watch this movie in theaters. It’s a must-see for fans and a great watch for everybody else.