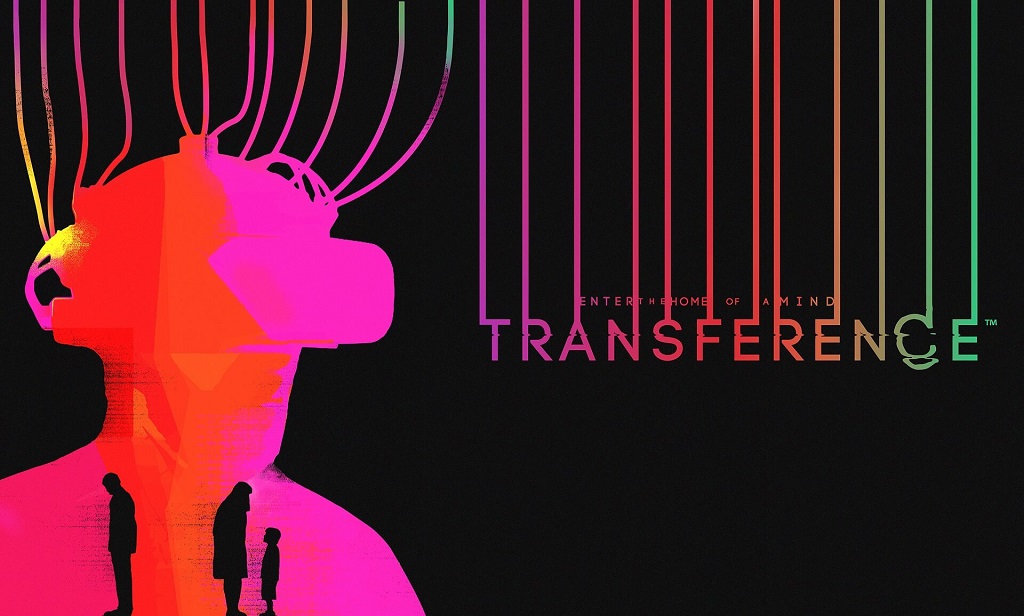 As technology progresses, the human condition becomes increasingly challenged to redefine itself. Existentialism is at the center of many great sci-fi horror stories, from Philip K Dick’s work to modern video games like SOMA and Charlie Brooker’s Black Mirror television series. The latter is often used in flippant comparisons to newly released grounded sci-fi stories, which I admit is a pet peeve of mine. Said comparisons were made in regards to SpectreVision and Ubisoft’s Transference, a psychological thriller set in a digital simulation gone awry. As a huge fan of the show’s examination of the insidious implications of future technology, I wanted to see for myself whether Transference merely got lumped into the shared space as Black Mirror or got there by its own merits. Spoilers: Transference is quite good. 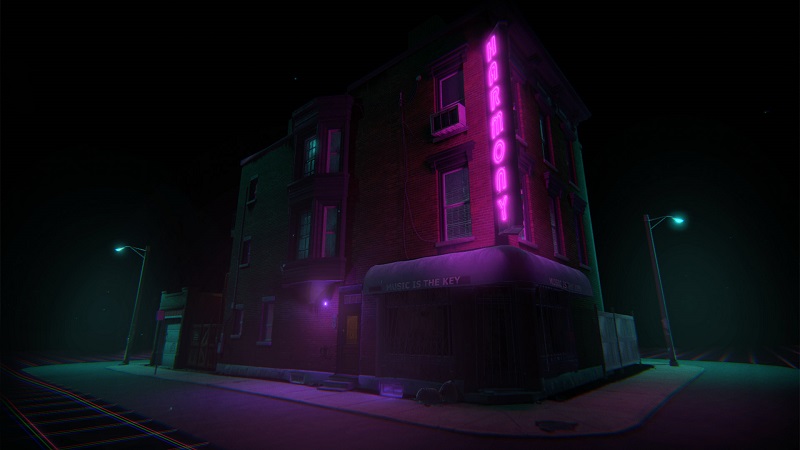 Transference is a story about obsession and the lengths someone will go to preserve the very thing they’ve destroyed. The game follows the actions of scientist Raymond Hayes and the results of his experiment to digitize the human mind. Raymond’s obsession tore his family apart, and the fact that he succeeds in his goal only made things worse. Players enter Raymond’s simulation to uncover events that transpired and the status of the Hayes family. Though successful, the simulation is corrupt. This is represented through error codes, missing pieces of the environment, and constantly changing surroundings. Graphical artifacts and distortions are used to great effect here, which makes for a visually striking game especially when played in VR. 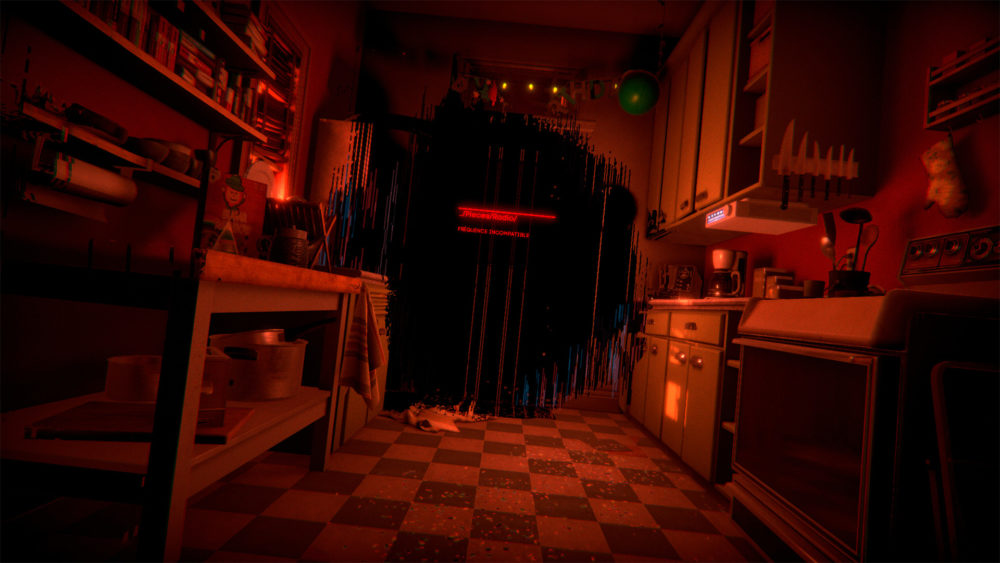 As a surveyor of sorts, players explore a recreation of the apartment building where Raymond, his wife Katherine, and their son Ben lived. Their home acts as an imprint of memories and emotions merged together into something at first incomprehensible. The dysfunctional history of the Hayes family unfolds as players navigate each room in the apartment, examining a wide assortment of objects and notes that contain additional information to help flesh out each family member. Scenes depict moments in the past from the perspective of specific family members — with some shared memories offering conflicting details. What begins to take shape is a tragic story.

Transference makes use of live-action footage for Raymond’s scientific journal and family home videos. This further develops the characters and makes them deeply sympathetic, portraying themes of childhood neglect, depression, and emotional abuse. These feelings are not just conveyed, but also symbolized in the simulation. The true horror of Transference comes from its story and the humanization — and torment — of its virtual characters. The realistic depiction of the Hayes family’s upper-middle-class apartment is a disconcerting setting that’s overbearing in its subtle wrongness. When played in VR as I did, it’s even more so effective. I highly recommend playing it in VR if you can, especially in one session (which clocks in at roughly 2-3 hours). 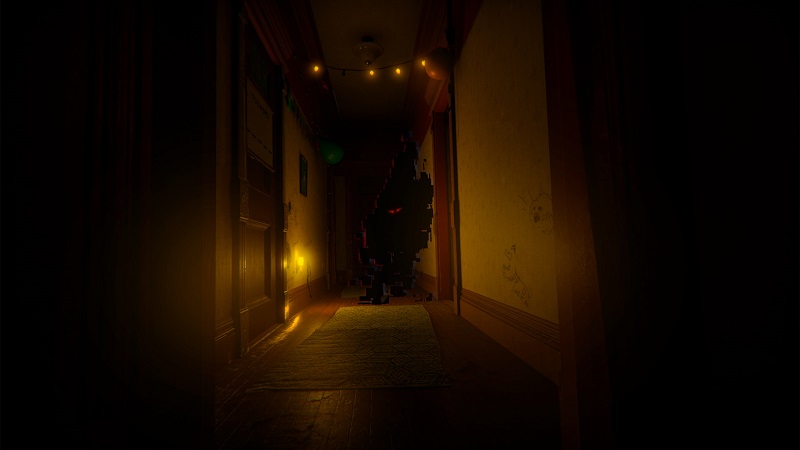 Transference is certainly more of a thriller than it is a traditional horror game. Perhaps the most ill-fitting aspect of the game is its attempts to scare the player with a very small handful of jump scares near the start. A dark entity makes a few surprise appearances, and while it’s startling, it doesn’t add much to the overall experience. Frankly, the attempt to up the scare-factor wasn’t necessary.

The game features some light puzzling that requires players to examine their surroundings closely for clues or items that can be used to progress. Light switches act as perspective shifts which alter the apartment to a different state of being. Later puzzles require carrying one item through a perspective shift and using it where needed, which is a clever way to diversify and get more value out of its sole setting. Transference requires complete interaction with its environment, with discoverable story bits lying amidst key items used for puzzle solving. This is balanced pretty well and helps avoid feeling like time is being wasted when rummaging for the next important item. 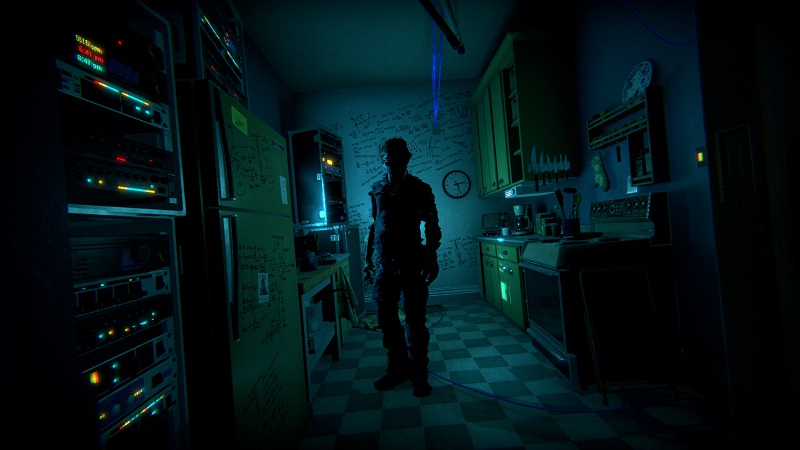 Transference‘s depiction of technology as both a blessing and a curse to humanity strikes the familiar notes that fans of media like Black Mirror appreciate. It doesn’t emulate those ideas, it understands them. The narrative, though it clearly points at Raymond as the villain, provides just enough uncertainty in its telling that it could spur discussion about the motivations and outcome of the game’s characters. The end result is a deeply memorable experience that will linger long after completing it.

Uplay PC code was provided by the publisher for review. The game was played entirely using a Vive Pro VR headset.