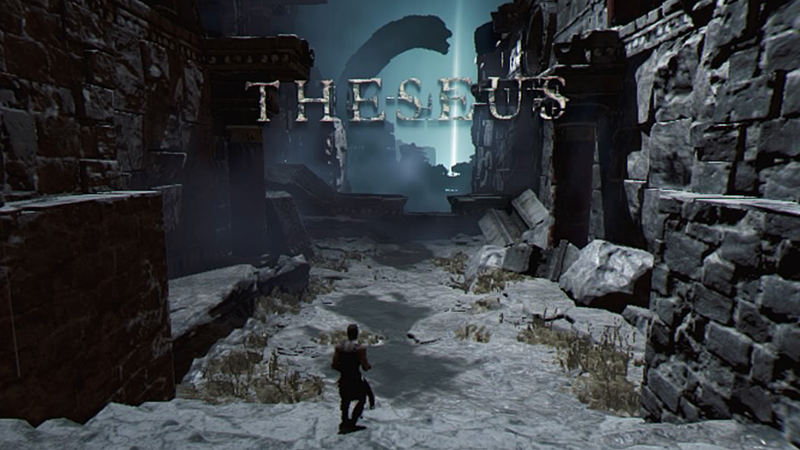 Playstation VR is still trickling out new and original experiences as we near its one year anniversary. Some are not-to-be-missed extravaganzas of modern entertainment while others are very short experiences akin to tech demos. Unfortunately, the recently released Theseus falls into the latter.

Based on the Greek legend of old, this game has you guiding a man throughout a maze that also houses a minotaur named Asterios. The interpretation of this story is spun out a little more creatively though as the beast is now more akin to an eldritch giant and your protagonist is cursed with agonizing immortality. The two of you are at odds as you’re following a mysterious voice to the center of the labyrinth and the beast gets (narratively) stronger every time you are slain. 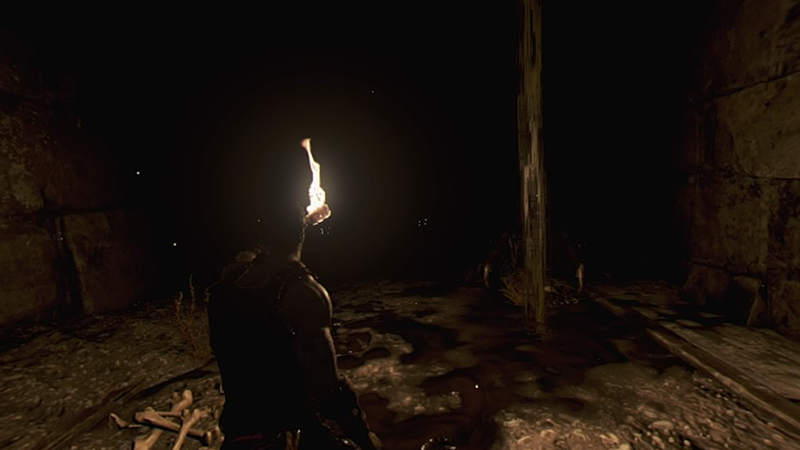 Don’t let the setting of the tale betray you, however, this is a linear adventure game with a few input-action monuments, combat segments, and VERY rudimentary puzzle solving. Being third person, Theseus could’ve been made outside of VR, but the game is enhanced greatly by its inclusion. With Resident Evil 1-3 -like angles on rooms, you really get a sense of claustrophobia and scale throughout the 1-2 hour runtime. Lighting plays a key role as you’re teased silhouettes of (the few) things to come. The very subdued but tense music knows exactly when to come in, and moments of rest and quiet are welcome after narrow escapes. In regards to the atmosphere, the artists in both visuals and sound nailed what they were aiming for. Actually playing Theseus, however, just makes me pine for the Resident Evil 2 remake to be presented in this style.

Everything regarding gameplay makes this experience feel like you’re the “God of Chore”. Climbing is slow, the ability to actually run is sporadic, and you’ll often walk through doors only to be disorientated by continuity when your camera angle reverses. You only trigger battle scenarios a few times through the game, but they still manage to be unwarranted. Armed with a torch and (eventually) a sword, you clumsily burn enemies with the former and then kill them instantly with the latter. A slowdown mechanic was included for moments where you’re about to get hit as well, but the controls don’t exactly make this a Character-Action game. 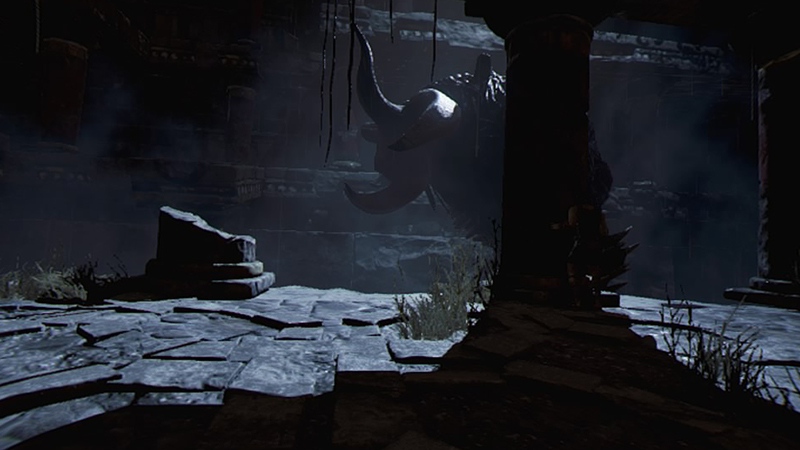 The enemies themselves are quite eerie at first, Mycenae spiders that are disgusting to look at or even hear, but they are easily dealt with and never managed to kill me. After your first encounter with them in the dark, which was easily the highlight of the game, they’re reduced to fodder that reuse the same animations over and over. Asterios himself is intimidating with his sense of scale, but you spend most of the game avoiding him in either running segments or quasi-stealth scenes where you’re told not to move.

There’s a handful of times in the game where you’ll be put into instant death scenarios that you couldn’t see coming on the first attempt (akin to a notoriously designed boss in Super Meat Boy). When you’re punished with constant deaths, a little bit of frustration can occur as not only is your character trapped within a claustrophobic maze, your head is trapped in a claustrophobic plastic headset. However, I don’t think this meta-experience this was what the devs were going for. 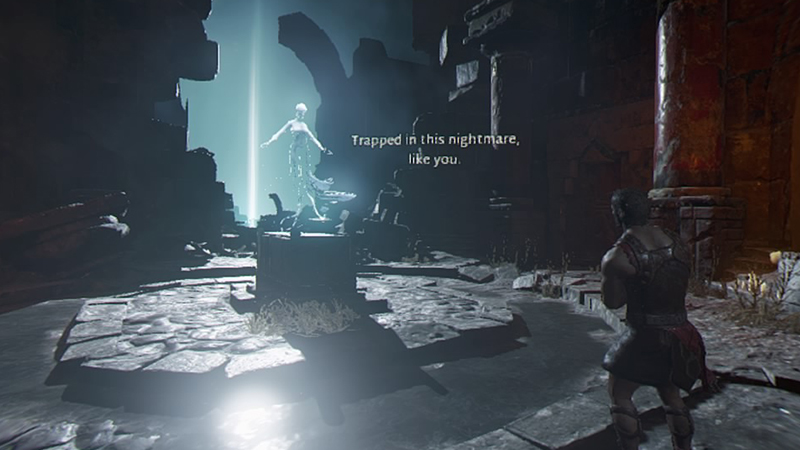 Theseus has several achievements for optional objectives such as lighting all the braziers you come across or going down a few hidden paths, but the core gameplay hasn’t enticed me to venture back into the game, even for another hour. Theseus successfully delivers on its presentation and goal of making you feel trapped. On the artistic side, I couldn’t recommend it more. However, the gameplay snaps you back into reality and holds the game down from being anything beyond spectacle. As writing this review for Theseus took more time than actually beating it, it’s an adventure that would be more justifiable at half price.

A review copy was provided by PR representatives.