Review: The Woman in Black - Rely on Horror

Review: The Woman in Black 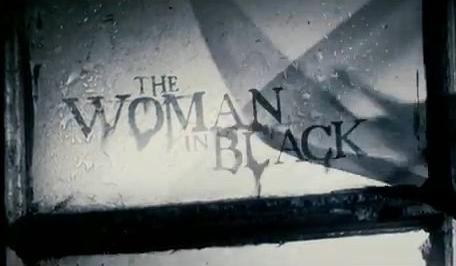 After seeing the trailer for ‘The Woman in Black’ a couple of months ago, the film immediately caught my attention. There’s something about the dark and depressing tone of the trailer that tickled my horror senses. Keep in my mind that I had no idea what this film was about. I never read the original novel nor watched the tv film or the plays. So there I am at the night of February 3rd, patiently waiting on my theatre seat, eagerly anticipating what’s in store for me.

The film opened with a very depressing and quite disturbing scene as three little girls just out of nowhere decided to jump out of the windows, killing themselves in the process. We are then immediately introduced to our main character Arthur Kipps played by “Harry Potter” himself, Daniel Radcliffe. Arthur is suffering from deep depression after the loss of his wife during the birth of his son in the midst of a financial crisis. As a final chance given by his employer, Arthur is then tasked to handle the estate of Alice Drablow, owner of Eel Marsh who died recently. 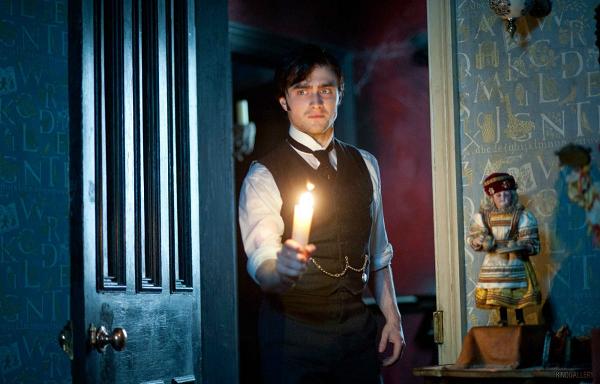 Arthur then begins his journey to the house in the marsh although the townspeople don’t seem pleased at the sight of a stranger and even encourages the young lawyer to leave. I do not want to be biased in writing this review, but I must admit it was extremely hard not to think of “Harry” while watching Daniel Radcliffe (and the train segments did not help at all). It almost felt like a teenage boy trying to hide behind a grown man’s clothes, it was just kind of painful to watch. However Radcliffe still gave a decent performance and he evidently tried to leave behind the “Harry” persona.

Moving on, Arthur ignores the townsfolks’ warnings and continued on the marsh although he found a friend with Sam, one of the few who doesn’t believe of the “legends.” During his first visit, he noticed an image of a woman looking at him from outside the estate. Arthur then decides to go back to the town to find answers, and there he witness a little girl die. The people warned him, that whenever “she” is seen some kind of tragedy always happens. Due to desperation, Arthur still decides to uncover the mystery of the Eel Marsh. At this point, the film’s pacing felt really slow. I felt it suffered from this slow beginning as I honestly almost fell asleep for the first fifteen minutes of the film. 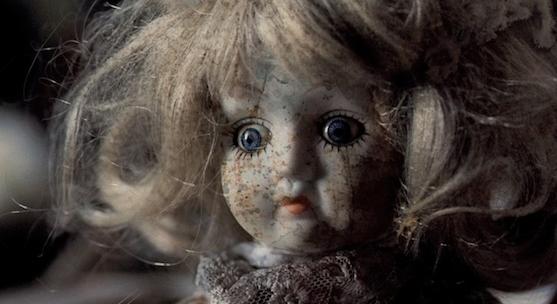 The film eventually picks up as Arthur spends countless hours in the house in the marsh. Here we are treated to some spine-chilling segments as the “Woman in Black” makes her presence. The film succeeds in capturing the fear without using over-the-top scare tactics (aside for some clichéd moments), instead, it builds up the tension slowly and will play tricks in the eyes and minds of the viewers.

I really appreciate the effort in making the woman a dark ominous figure, and I like how she makes her presence apparent through all the house segments. I also loved the clever use of the dolls in one of the rooms in the house, it was absolutely terrifying. The setting is perfectly coupled with a smart choice of sound effects and music and continues to emanate the feeling of dread and loneliness (the house even bears a resemblance to the Spencer Mansion from the Resident Evil games!). This is truly the main strength of the film, the marsh house set piece captured the perfect unsettling haunted house atmosphere I was expecting. 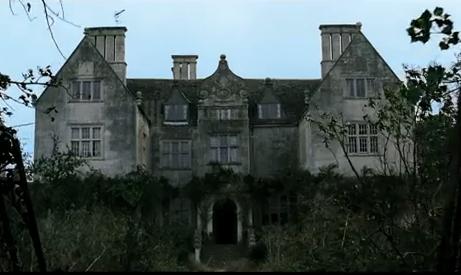 However, whenever the film decides to step out of that house, the feeling that there is something out there kind of dissipates and the atmosphere is gone. The plot felt convoluted at the third act and it seemed confused on which direction to go. Then the final act kicks in and takes us back to the house and things start picking up again. Unfortunately, in the final moments of the film, I felt it had lost its momentum that it tried so hard to build up. The film ends in a very underwhelming conclusion.

At the end of the day, I would say The Woman in Black is a well made film, but it wasn’t that great. it was kind of a wasted opportunity. Looking back, the film was very promising but ended up disappointing me in the end. People looking to get pissed-pants scared will not be satisfied but people who could simply appreciate the aesthetics of a haunted house movie and its atmosphere will definitely enjoy this film. The Woman in Black is worth a look for those of you looking for a refreshing watch after all the remakes, sequels and 3D horror movies that crowds the film industry recently.