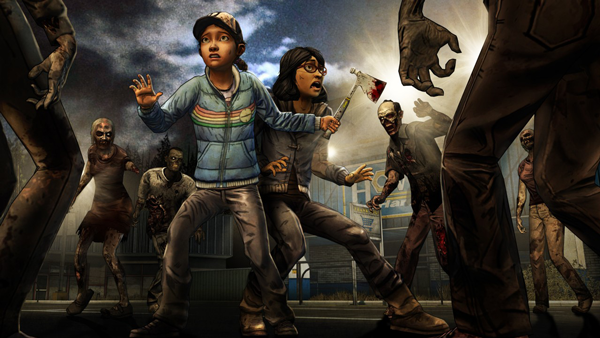 The Walking Dead is probably the only game that I’ve ever played that can make me say “Oh hell yeah!” and “Noooooo!” in less than a five minute time span.  And that’s playing the way it’s supposed to be played, without goofing up. That’s probably the most apt description that I have.

The Walking Dead S02E03: In Harm’s Way released yesterday and it brings back the same punch to the gut feeling, reminding us that every victory, no matter how small, comes with a taste of bitter defeat.

The last time we left the group, things were in a bad spot.  People were beaten up, straight up shot dead and then captured, in that order.  And why? Because family is important.  It doesn’t matter if you’re related by blood – sometimes the experiences you share, the things that you’ve been through and the struggles you’ve faced are what makes you a family.  And families should stick together – whether they like it or not.  Carver was back to reunite the family, and one, big happy one they are most certainly not.

In Harm’s Way starts with Carver bringing the survivors back to…uh, Howe’s.  Something that looks suspiciously like Lowes – it’s the community that Carlos and Luke’s group of survivors were initially a part of.  It also happens to be the Big Rock Candy Mountain from the end of the first season’s 400 Days DLC.  As a result, you see some more familiar faces here and even though most of them only make an appearance just to disappear again, it’s nice to see 400 Days really tie in with the rest of the game.  But, there’s a reason that Carlos, Luke and the gang fled.  What’s that they say about utopia?

The gameplay of In Harm’s Way is what you’ve come to know and expect.  It seems as if there is more and more dialogue and choices with each passing episode.  That’s not exactly a bad thing, but it does leave less time for walking around or any kind of interactivity with the environment.  There are sections in this episode where you walk around and interact, but they seem painfully few and far between.  Things didn’t feel as weird when all of the adults ask a little girl to go around and do stuff for them this time around either.  “Go here and do this, because you’re smaller, you know what to look for, and you’re tough.”  That sort of thing.  There’s no shooting in this episode, but you do get to be pretty handy with some hand tools. 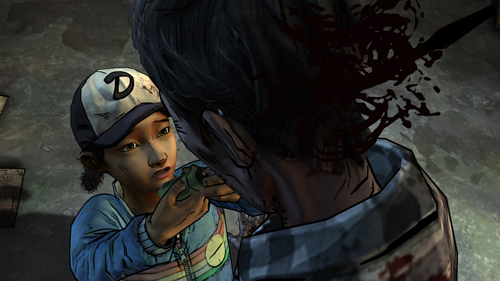 If I could say one negative thing about this episode, it’s that it didn’t seem long enough.  That has a lot to do with the characters and character exposition rather than the length of the episode itself.  Telltale could have written two episodes just around Carver’s escapades and the community he runs, and it still wouldn’t have felt drawn out or padded.  There is so much potential here that it seems almost a sin not to include it, especially since we’re seeing characters from the 400 Days DLC.

Carver is not the quintessential bad guy that Negan from the graphic novel is.  If you had to, you could liken him to The Governor from the television adaptation – except Carver kind of makes The Governor look like a level headed guy on most days.  To put it bluntly, the guy’s messed up; the community he runs is pretty messed up and Telltale really could have banked on showing players how messed up it actually is.

I hope to see him and his kind again, because The Walking Dead works best when it has that quintessential bad guy. 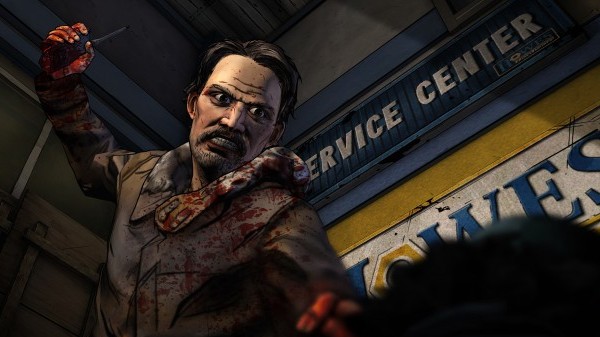 With each episode that passes, I’ve found that the characters are more amiable before.  When I first started this season, I didn’t really like them and the feeling was mutual.  There are things that happen in this episode specifically that make me like them a hell of a lot more.  I got angry at them, I rooted for others and shared the anguish of all of them.  But more than anything, I understood why they wanted to leave and wanted more than anything to see them through it.

The more time goes on, the more I want to see these people make it – to get to that beautiful hill by a lake, with a garden and a huge wall all around it where they won’t have to worry about walkers or lurkers or nut jobs like Carver.

Come to think of it, I wanted to see everyone make it to the boat too.

That didn’t turn out so well.