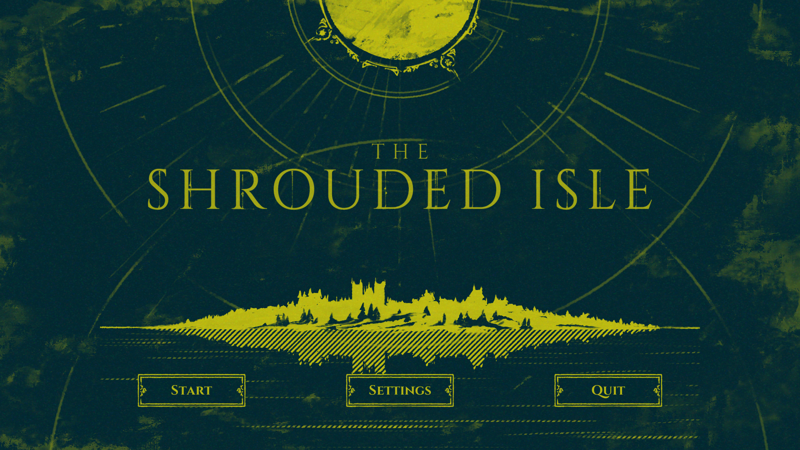 The Shrouded Isle, the latest offering from indie studio Kitfox Games, is a management sim with a dark twist. It takes place in a Lovecraftian seaside village, with you as the leader of its cultist inhabitants. You’re at the beck and call of an ancient god who you must appease through ritual sacrifice, giving the game an extra layer of macabre over its already bleak landscape. The game is at its best when it’s mysterious, as you work to discover the intricacies of its unique mechanics. Once you’ve fully figured it out, it can become repetitive, but the experience of discovering exactly what the game wants from you combined with its atmospheric touches ultimately makes it worthwhile. 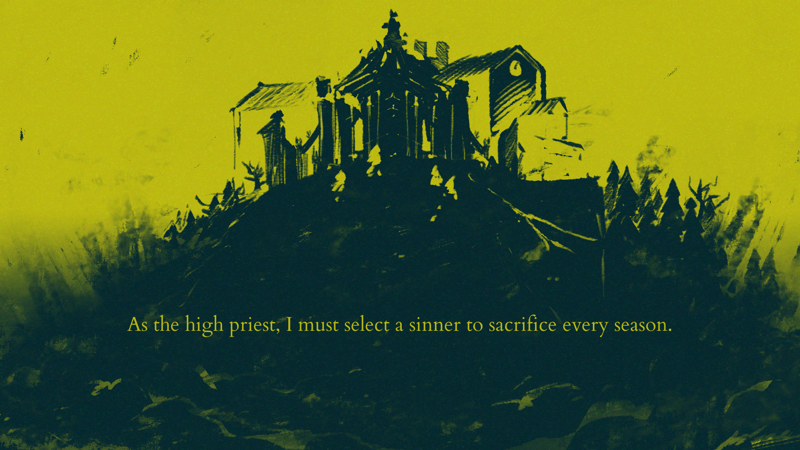 The game takes place over the course of 12 seasons, represented by 12 turns, because that’s how long you ostensibly have until the god Chernobog returns. At the start of each new season, Chernobog speaks to you in your dreams and demands you to find and sacrifice a sinner. You do this by first choosing advisers from among the five major houses in the village. Each house has a leader who you can influence — as long as you’re on their good side — to give you information about the other members and help narrow down your choice.

Information comes in the form of virtues and vices, but The Shrouded Isle turns the concepts of right and wrong on their heads. Virtues are things like ignorance and obedience instead of intelligence and kindness. You are running a cult, after all — the last thing you want is enlightened townsfolk running around discovering things about the outside world. The goal is for your villagers to be fully dedicated to serving you and your god, so if one of your advisers contradicts that by becoming, say, a painter or a singer, you must weed them out through bloody, somber sacrifice. 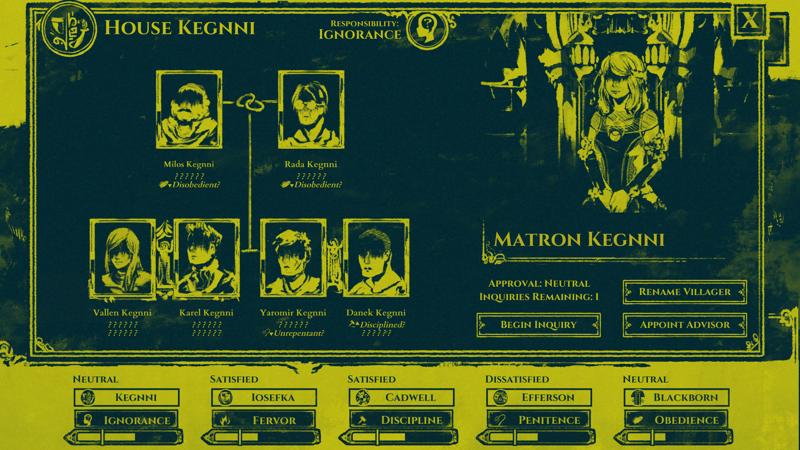 When you’re not putting daggers through people’s hearts, the rest of the game is a balancing act to ensure that all the criteria is properly met for Chernobog’s return. Each house is in charge of maintaining a specific virtue across the village. Five bars displayed at the bottom of the screen keep track of ignorance, fervor, discipline, penitence, and obedience. If one of those virtues isn’t sufficient enough, i.e. people across the village are misbehaving too much, you could lose. You must also ensure you keep every house satisfied. If you anger them too much by sacrificing too many of their people or not taking their advice often enough, they could rebel and end things for you.

The Shrouded Isle plays differently than most other management sims I’ve played. Far from holding your hand, it has a certain formula that requires a few playthroughs to get the hang of. There’s an element of mystery in that Chernobog assigns you a specific sinner who you’re supposed to find by discovering their major vice, and there’s more than one way to do that, but I won’t list them all here because figuring that out is part of the fun. The downside is that once you do figure out the game’s formula, it becomes less intriguing and more repetitive.

The most interesting and also potentially disturbing thing about the game is that it leads you into the blurry realm of moral dilemma. The shock of watching your advisers burn books and interrogate villagers while you’re off sacrificing them for minor offenses blends into the more mundane strategy and planning of a management sim. You start to pay less attention to what you’re actually doing, whether it’s flagellating sinners or building giant monuments, as you try to keep the game going long enough to “win.” It’s just part of the day-to-day of running a cult, after all. Like any job you’ve been at long enough, you get to used to it. 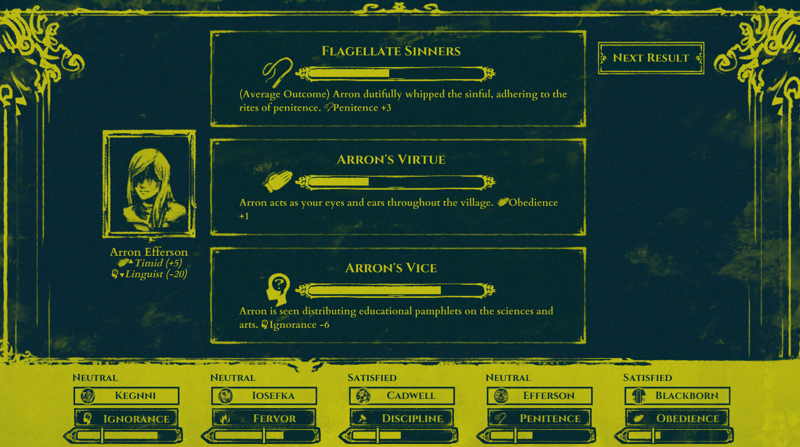 Every so often, a special event will occur through a text box, and you’re given choices of how to deal with it. Each choice affects one of your village stats, whether it’s a virtue or your reputation with one of the houses. Most of the events seem like one-off scenarios that are meant to save you by upping a stat that has dropped too low, but some become part of a narrative thread. For example, one of the women in your village can become pregnant, and you decide what to do with the child, which leads to a little story playing out later on. These vignettes of village life are a welcome break, and through them I found myself wanting to know more about the in-game world. The management mechanics are fun, but they could stand to be shaken up a bit more by story interjections. It seems like a minor complaint considering that The Shrouded Isle is meant to be a sim game and not a narrative journey, but I can’t help but think that more content, more choices, and perhaps even more endings would provide a richer experience.

The 2D graphics are unlike anything else I’ve seen in a game, and while they might not appeal to some people, I really dig the aesthetic. The color scheme consists only of a sickly green and yellow. Each screen looks like a piece of parchment with ink drawings splattered upon it. The character’s heads are slightly smudged, their eyes indistinguishable from each other, reinforcing the idea that they are not meant to be individuals but merely pawns to fulfill an ancient prophecy. There are three other color schemes to choose from as of this writing, but the main scheme has the most contrast and is easiest on the eyes.

If a game’s music is good enough, I’ll sit with it for a while and let it loop, just listening without playing. I found myself doing that in The Shrouded Isle. Each season has a different song, and woven in with the music are visual and aural touches that also coincide with the seasons. In summer, rain falls on the map as thunder claps in the background. In autumn, leaves float across the screen. The whole thing is dripping with atmosphere. 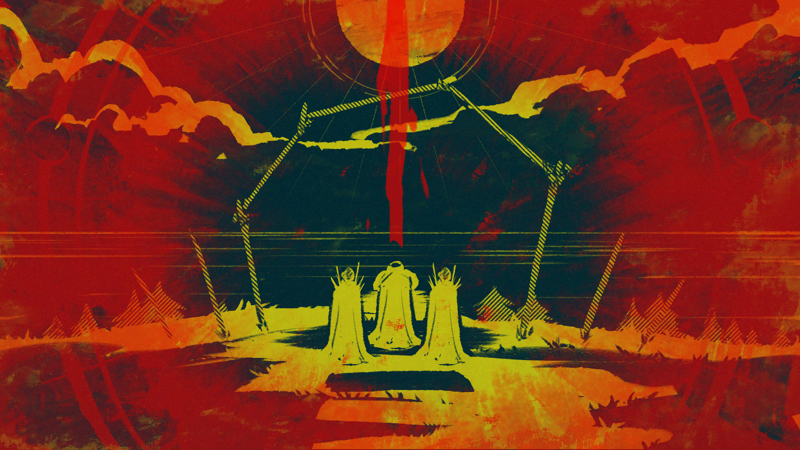 The Shrouded Isle makes for an enjoyable 4-5 hours. Although I probably won’t be going back to it that often now that I’ve beaten it a few times, for $9.99 I feel like I got my money’s worth. It’s an intriguing management sim with an atmosphere and art style that you just don’t get from anything else, and there’s potential for Kitfox to add more through patches and expansions. I’d love to see it more fleshed out in terms of story and content, but I’m also decidedly pleased with what I experienced. Uncovering the strategy, unraveling the mystery, and seeing how everything works together is satisfying. The Shrouded Isle is available now for PC on Steam. Don’t let Chernobog down.