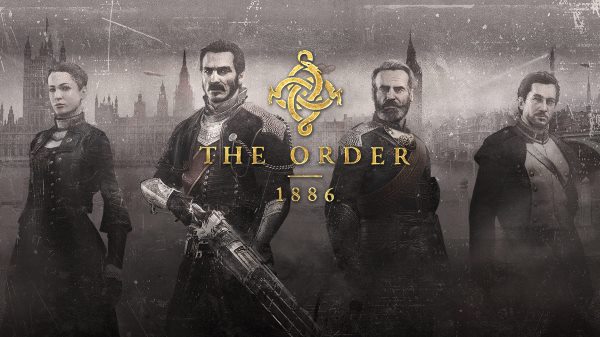 In the past few years the idea as to what ‘qualifies’ as a videogame has been repeatedly challenged and debated. Titles like Resident Evil 4 and Uncharted popularized cinematic cameras and the massive action set-piece style that’s so prevalent in AAA development now. Alternatively,  games like Journey brought about a method of storytelling that was unique to gaming and could not be replicated in any other medium. Now we have The Order: 1886, a game that is strongly in line with the former. People have been worried about this game for some time for a whole slew of reasons, myself included. Unfortunately I’m sorry to say that many of those fears have been reaffirmed in the final release. The Order: 1886 suffers from a woefully uninteresting narrative and places cinematic flair before interesting gameplay, making me crave an experience that didn’t take away player agency so often.

In The Order: 1886 you play as Sir Galahad, a member of the Queen’s legendary Knights Of The Round table. The charge of this order is to combat the threat of an ancient foe known as the “Half-Breeds”, which are for all intents and purposes werewolves.  The game is set in alternate history Victorian-Era London, where fantasies and magic are a reality – not legends. 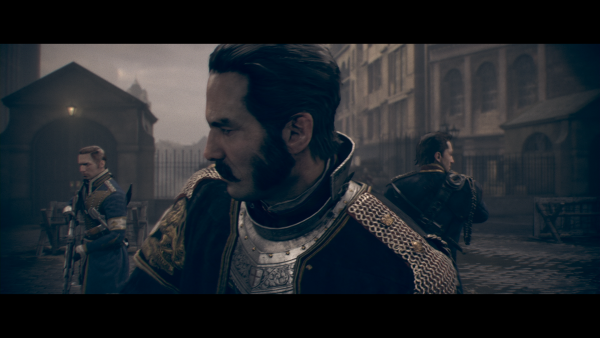 It’s quite clear that Ready At Dawn wanted to tell an interesting story with The Order: 1886; their effort is easy to recognize. All the elements for something fresh are there: a unique setting, gothic fantasy, and parts of myth and legend not typically explored in videogames. The thing is, none of this amounts to much when all of the characters are so completely uninteresting. Sir Galahad, the protagonist, in particular is the one we’re supposed to relate to the most, but we never really get to ever know him all that well. Early in the game we learn that some of the knights can heal their injuries instantly and live for centuries thanks to a liquid called “Blackwater”, Galahad being one of them. That’s the extent of it.

There’s a lot of potential in exploring a character that has lived for centuries, not to mention one that has been fighting supernatural beings all that time. However, all we learn about Galahad is that he’s a gruff, straight-to-the-point, videogame 101 military protagonist. The game is all plot with basically nothing in the way of character development. What’s worse is you’ll probably be able to predict the entire story 20 minutes into the game because it’s the sort of thing we’ve all seen a thousand times before. It’s perfectly fine to have a plot that treads familiar ground, but it’s up to the writers to make that familiar ground seem less noticeable with great characters. To be perfectly honest, even after completing the game I struggle to remember the names of most of the cast, because they were all so flat and uninteresting. 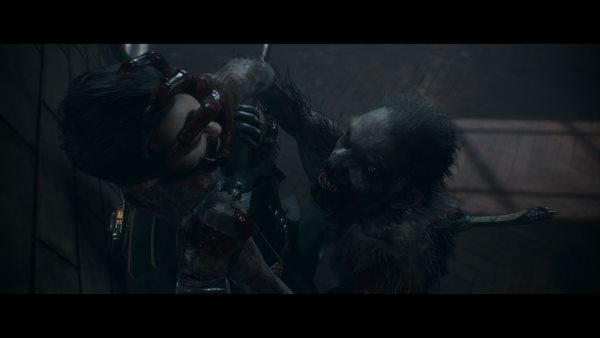 The most impressive aspect of The Order: 1886 is without a doubt its graphics and visual flare. Despite the fact that I primarily play games on a high end PC, from a technical standpoint this is probably the best looking game I’ve ever played. There’s a very high level of detail in the texture work, the lighting gives off a rich warm glow, and it even sports decent anti-aliasing to make everything look really crisp. The only real drawback being the widescreen black bars, which are probably there so the game can be rendered in a lower resolution while also claiming to be more “cinematic”.

Unfortunately The Order: 1886 does little to prove that it is more than just a pretty face. I can’t help but get the impression that this game was tailored to be a technical showpiece for the Playstation 4 moreso than anything else. Almost every aspect of the game is tailored around trying to make the whole experience look as jaw-droppingly gorgeous as possible. By that I mean the ratio of cutscenes to actual gameplay is way off and interactivity is kept to a minimum. The majority of the game will be you watching a cutscene, then pressing a button prompt once in a while to advance the scene. It’s structured much like Heavy Rain in that it’s interactive in the most shallow way possible. There’s nothing engaging or fun about doing quick time events over and over for hours. 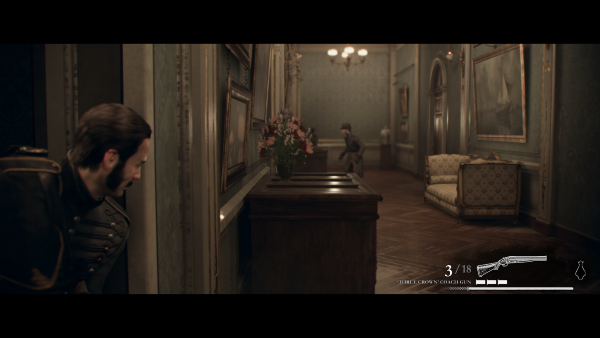 That’s not to say the gameplay is limited to solely quick time events. There’s also 3rd person shooting, very much in the same vein of Gears Of War. Although much like everything else in the game, it’s nothing to write home about. You’ll get your standard assortment of pistols, rifles, automatics, and slight variants on everything inbetween. The weapons are all things you’ve seen in a million other 3rd person shooters, none of them are bad – they’re just simply adequate. The same goes for combat as a whole: most of the time you’re fighting generic human enemies where virtually every engagement feels the same. You’ll be locked into an arena like environment and must pick away at the enemies one by one till they stop coming, which is not exactly riveting stuff. But at least the generic stop and pop battles with humans are still significantly better than the fights with the Half-breeds. These encounters are straight up terrible and amount to nothing more than waiting for a beast to run at you, shoot away at it until it’s right infront of you, then you’ve got to press a QTE button prompt so Galahad jumps out of the way.

One of my biggest pet peeves in modern gaming is having control taken away from me to watch a pseudo-cutscene where the game does everything for me. The Order: 1886 is perhaps the worst offender in recent memory of a game that sacrifices player agency for the sake of its need to feel “cinematic”. Far too often, you’ll be playing a section normally then suddenly you’re placed in a situation where control is either limited or taken away entirely. For example there was one instance where I was fighting human enemies on the rainy London streets, then one of my comrades was downed and I had to enter a scenario where I just pushed back on the left analog while shooting away at enemies that appeared in front of me as I dragged him to safety. This sort of thing normally doesn’t bother me in something like say Uncharted, but that’s because those games don’t do it nearly as frequently as The Order: 1886 does.

What’s even worse is The Order: 1886 constantly rewrites its own gameplay rules. In most combat scenarios with human enemies, you can typically take several bullets before you’re downed. However there are a couple small stealth sections in the game where it forces you to walk up behind guards and stab them, and if you’re seen it’s an automatic death. In a well designed game, like say, The Last Of Us, you get the option to either go in guns blazing or approach enemies by taking them out one at a time using stealth. I have no problem with a game punishing you for screwing up while sneaking, but it feels absurd in The Order: 1886  as you’ll often be in a combat scenario where you’re shot 20 times and are fine, but only when we’re supposed to be sneaky do the enemies have the ability to kill you in one shot. This is only one example in many of The Order’s frustrating game-design and pacing. 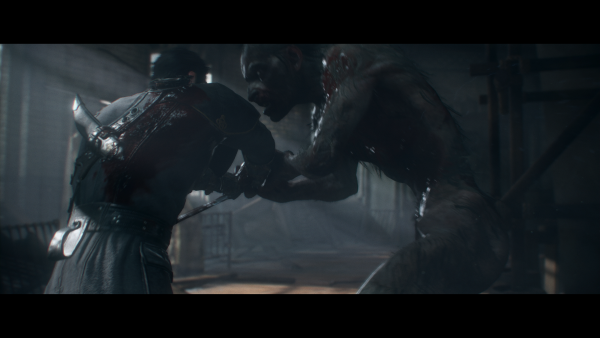 A lot of recent concern for this game has been over its reported length of 5 hours. I can tell you that while my playthrough wasn’t that short, it still isn’t a long experience. You’ll probably complete the game in 8-10 hours, it depends how much time you spend examining the environments and what difficulty you play on. I played on the normal difficulty and never got stuck, and never was interested enough in the world to look for the few collectibles. There are 16 chapters in total, but it’s a bit deceiving. Several of those chapters are literally just 10-minute cutscenes you watch and don’t interact with at all, further highlighting the game’s odd sense of pacing. Honestly, I don’t care how long a game is. If all you value in entertainment is time spent vs. financial investment then don’t ever go to an amusement park; you’ll spend $90 to stand in lines for hours at a time for a 2 minute ride. What I care about is whether or not a game is engaging or not, and The Order: 1886 is anything but.

Your enjoyment of The Order: 1886 is going to depend on one major thing: Do you like AAA videogames? By that I mean if you like a lot of modern big budget first and third person shooters, there’s a decent chance you’ll like this game. For me however, it’s a monument to everything I dislike about AAA videogames. Constantly favoring graphics and visual fidelity over all else, slapping together quick time events instead of creating interesting gameplay, and taking away player agency at every corner. The Order: 1886 is “Modern AAA: The Videogame” in that it is all style and no substance.