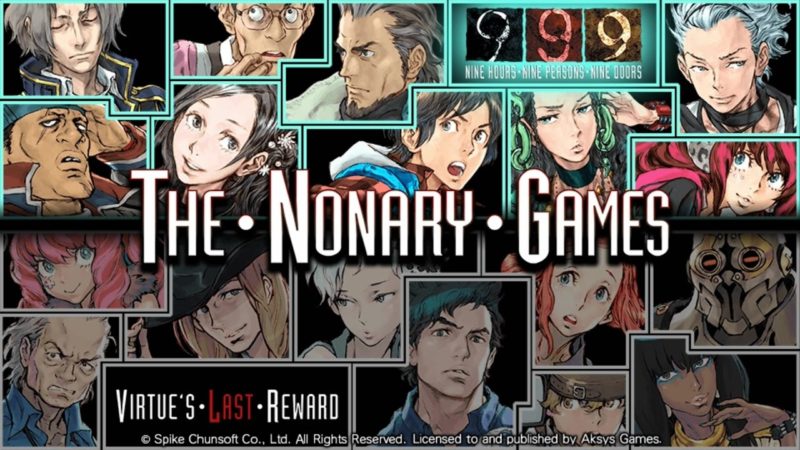 I’m so proud of the Zero Escape series.

Upon the initial Japanese release of 999: Nine Hours, Nine Persons, Nine Doors in 2009, the game was a commercial disaster, to the point where it almost never made it stateside (the arduous tribulations that publisher Aksys Games went through in localizing the DS title are both well-documented and a very good read). Thanks to the perseverance of a very dedicated writing team (who collaborated directly with writer/director Kotaro Uchikoshi, the mastermind behind the Zero Escape series), 999 released in North America a year later to resounding success, and saved one of the most unique trilogies in gaming from perishing in its infancy.

If you had told me back in 2010 that this quirky little visual novel-room escape puzzler hybrid would be getting a big-budget remaster on next-gen consoles and Steam, I would’ve laughed in your face. Yet here I am playing The Nonary Games, a glorious remake of 999 with full voice acting, redrawn HD sprites and a multitude of quality-of-life changes that only improve on an already-great game (with a practically-untouched but much-appreciated port of the sequel, Virtue’s Last Reward, thrown in to sweeten the deal). 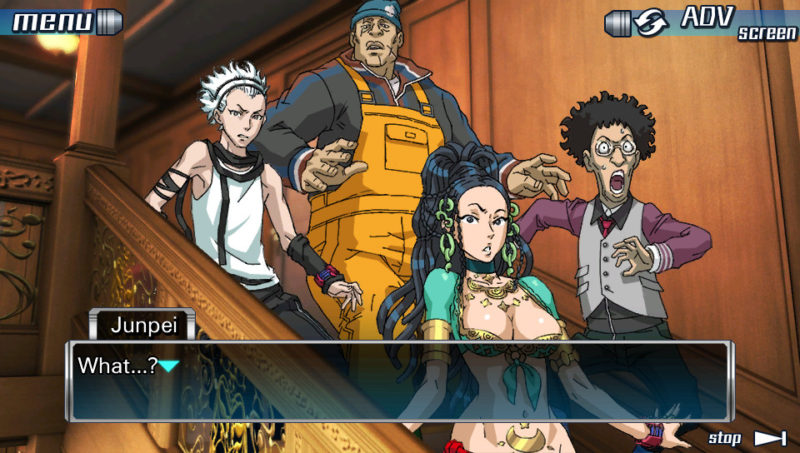 To the uninitiated, 999 is the story of an average college student named Junpei who is one day suddenly thrust into a Saw-esque game of death by a mysterious and malevolent masked man using the moniker “Zero.” Together with a cast of eight other colourful characters, the titular nine persons must puzzle their way through various escape rooms guarded by the nine titular doors until they’re able to seek a way out of their perilous situation. A tried-and-true setup to be certain, but one offered a great amount of depth by both the top-shelf localization (seriously, I’m still quoting some of these lines seven years later) and some exceptionally-interesting characters.

These nine characters were already excellent in the original release of 999, but The Nonary Games’ addition of full voice acting elevates much of the cast to even greater heights. The VA roster ranges from good-to-superb as a whole, but I’m particularly happy to note that Aksys absolutely nailed the casting of the story’s most important character: protagonist Junpei. Evan Smith (who also lent his pipes to Junpei in series finale Zero Time Dilemma last year) provides the character with some of the most earnest, organic and naturalistic voice acting I’ve heard in quite some time, and his ability to make Junpei sound like a living, breathing person rather than a stock anime hero is especially commendable when you consider Smith’s relative-newcomer status in the field. 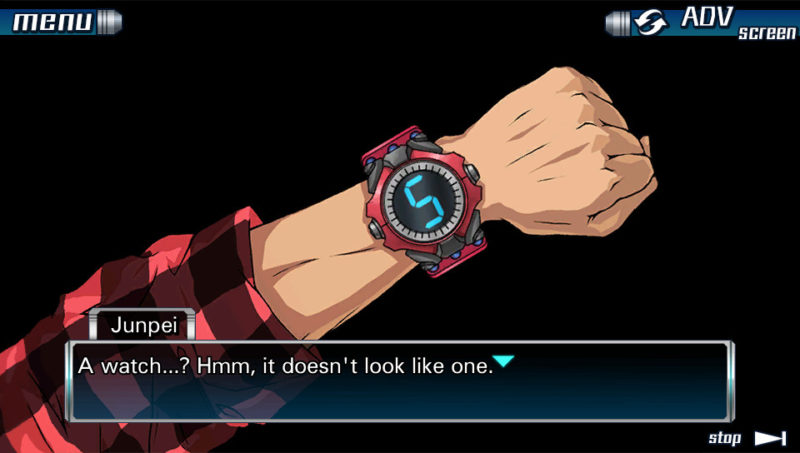 While 999 is mostly-untouched mechanically, one welcome new feature is the introduction of the Zero Escape series’ famous flowchart system, which first appeared in Virtue’s Last Reward and made a return in Zero Time Dilemma as well. This system allows the player to easily jump from one dialogue scene, puzzle room or important decision to another at the push of a button and makes navigating your way through one of 999’s several endings (including the obligatory “true” ending and essential “safe” ending) easier than ever before. In prior releases the player was given no guidance as to how their decisions would affect the narrative, which meant you were locked in for the rest of a playthrough once you had started down a particular path.

Though the retroactive transplanting of the flowchart system is sure to be of great use to new fans who wish to achieve the true ending in as few playthroughs as possible and series vets who were bothered by the original’s lack of guidance, it does somewhat damage the alluring mystique that the original DS release of 999 had. The feeling of venturing into the unknown with each new playthrough and slowly coming to grips with how every decision affected the rest of the characters made for some wonderful atmospheric and thematic depth, which feels lost now that you can simply jump back in time if you feel like you made the wrong choice. It’s a personal nitpick for sure, but it is something to note for those wishing to experience the series for the first time. Oh, and for those who are no doubt curious: the ending, lauded by many for its creative integration of the Nintendo DS’ hardware which made for a powerful ludonarrative beat, has been suitably tweaked in this version so that it retains much of its original effectiveness. It’s not quite perfect, but certainly as close as they could’ve achieved within the limitations of the platform. 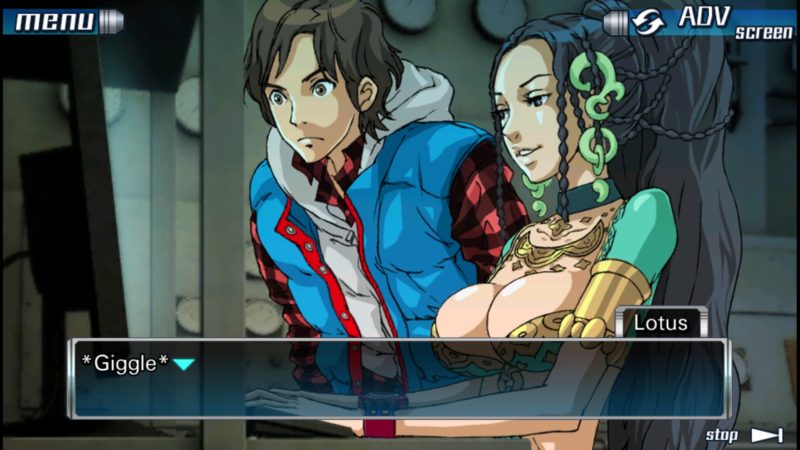 By comparison, Virtue’s Last Reward, which takes place one year later and focuses on new protagonist Sigma who also winds up as an unwilling participant in one of Zero’s twisted games, is relatively unchanged in its Nonary Games iteration. The characters, story and unique prisoner’s dilemma gameplay hook remain as compelling as ever (perhaps even surpassing those of 999 in many respects), while a few issues with framerate, textures, character models and most notably, glitches (some of which were infamously game-breaking in the original Vita/3DS release) ironed out or squashed completely. Though VLR didn’t receive the same level of enhancement as its predecessor, it’s still a great port of one of the best visual novels of all time, and is worth recommending for that reason alone. 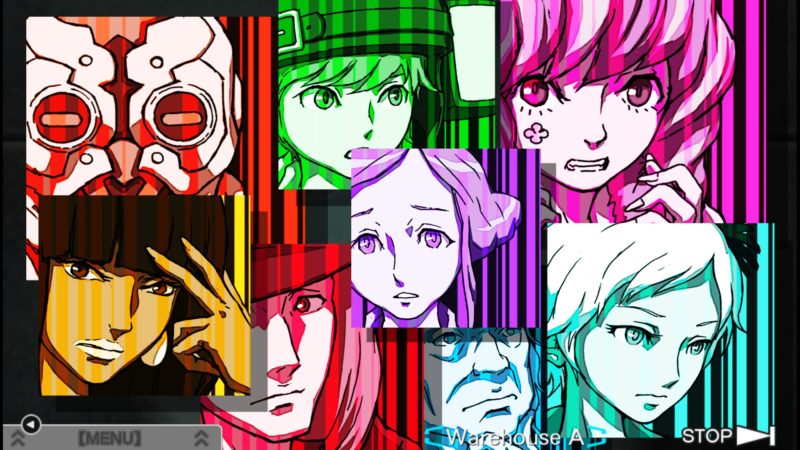 That praise goes for both titles, really: Aksys has provided the definitive way to play two incredible games, and the changes both small and large to 999 and VLR alike make this the definitive way to enjoy the first two entries in the Zero Escape series even if you think you’ve seen all there is to see of these blood-splattered gems. So, whether you’re a first-time escapee or grizzled ace, there’s zero reason for you to skip The Nonary Games.