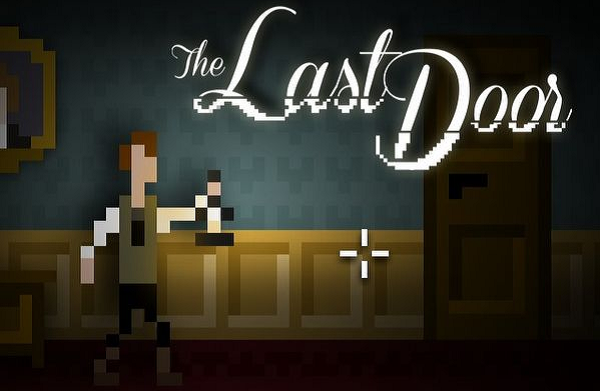 The Last Door is a point & click adventure game that was funded through Kickstarter in 2012 and took a lot of inspiration from the works of H.P. Lovecraft and Edgar Allan Poe. It was released as a free-to-play title on the game’s website and, in fact, the first chapter of the next season is already available. This “Collector’s Edition” was made in cooperation with Phoenix Online Publishing and is a commercial release of the first season that includes new content for the main story, extra mini-chapters, a remastered soundtrack and achievements.

The story follows Jeremiah Devitt, a man living in Victorian England who attended a boarding school with a group of friends. When he receives an alarming letter from one of them, Devitt travels to Sussex and is informed that something he did during his time at school threatens to claim the lives of him and his old buddies. This sets him out on adventure to reclaim his lost memories, reunite with old friends and explore the otherworldly corners of nineteenth century Britain. In each episode Devitt chases down another mystery that is somehow connected to the overarching question of what exactly happened to him and his friends and why they are in danger.

The gameplay is typical for a point & click adventure game: you walk around the area, pick up items that might be useful and apply them at the right location. It can be as simple as using a key on a door in order to unlock it, or it might take ten minutes of obsessive puzzling just to open up an envelope. At the bottom of the screen you can see an inventory that keeps track of all the relevant items you are carrying and from there you can also combine stuff together or select what you want to use. 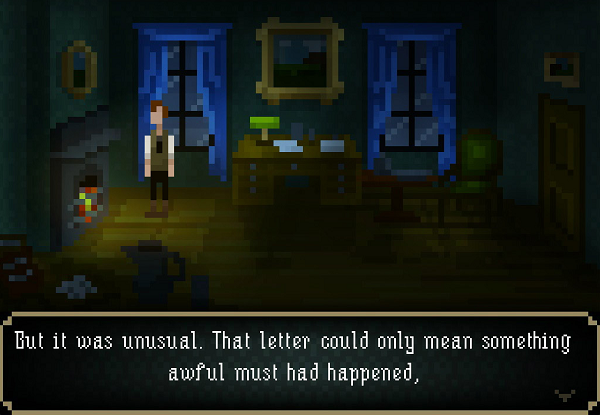 Throughout all four episodes, there was never really a puzzle that I felt was illogical or too hard; it takes up a nice position in the middle where I felt challenged, but never utterly confused. This is mostly because the game takes place in areas that don’t have too many rooms, so you won’t be overwhelmed or lost, and that most of the issues you have to solve are either well-explained or familiar. The fact that items you can interact with will light up your cursor while hovering over them also made it easier to find out what the game wanted from me. One early puzzle that’s a good example of what you can expect involves a shower that has something shiny stuck underneath the drain; you simply have to find a way to get it out without causing it to be flushed away.

I did run into a few occasions where I couldn’t progress without consulting a walkthrough, though, which was usually a case of not being able to find a certain item needed to progress. In Episode 4 there is a point at which I apparently had to go back to the small forest path that lead me to the main location because the game had spawned an object there halfway through the episode that I had to interact with. That was the most severe case, but a few times before that I also ran into situations where an item I needed blended in with the background and forced me to backtrack for thirty minutes before I finally spotted it. This is especially tedious because the movement speed for Devitt changes in some areas, making him walk really slow and carefully.

The only puzzle I really couldn’t figure out was in Episode 3 where I was apparently supposed to listen to the sound-effects that were playing to determine which way to go in a maze. It’s a clever puzzle, sure, but I had my sound turned off at that time, so that was a bit of an issue. While this may sound like a lot of the puzzles are bad, these are the only three that annoyed me in a game that contains dozens, so overall the puzzling was very enjoyable. What I do like is that most puzzle-sequences tell their own self-contained stories, which is again prominently shown in Episode 3. It really feels like the puzzles teach you more about the world you find yourself in and the people that you meet on your journey, which is a nice touch that I rarely detect in the puzzle games that I play nowadays. 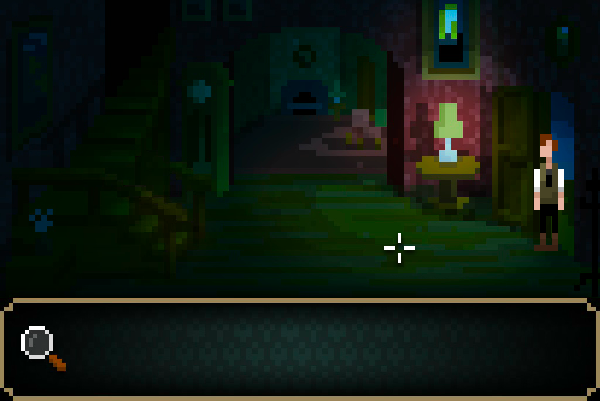 While I do like these self-contained stories, I feel that the overarching mystery of the game hasn’t quite gripped me yet. The first season mostly consists of Jeremiah stumbling about without having any kind of grasp of what’s going on and I find myself being on the same level as him. Diaries and letters spread across each level tried to fill me in on what was going down, but the terminology they used kept throwing me off and left me with only a vague idea of what the plot is about. I hope this was done on purpose and the big reveal that makes sense out of all the information comes in a future season, because I’d hate to think I was just too dumb to “get it.”

This is made up for with absolutely stunning presentation, though, which I didn’t expect from a game that used pixelated graphics. I have nothing against the style, but I always felt that it was easy to mess up, like in Teleglitch, and that it’s more fitting for lighthearted games. The Last Door proves it can be done with a serious and haunting tone while also looking absolutely fantastic. Each area, object and person is detailed and easy to make out, but also uses many different shades of the same color so that it’s prettier to look at; it’s grim without being dull and colorful without being cheery.

The sound-effects in this game also really stood out, which is normally not something I pay too much attention to, but here it was very obvious and greatly helped the atmosphere. There was one sequence in which a character was buried alive and a few moments later had to escape his casket, both of which sounded incredibly believable. I was slightly disappointed that this special edition doesn’t contain a lot of options, though, even going so far as to have no way to adjust the resolution of the game. It does offer closed captions and a special function to help people with dyslexia play the game better, an option that I feel should be available in pretty much every game that involves extensive reading. 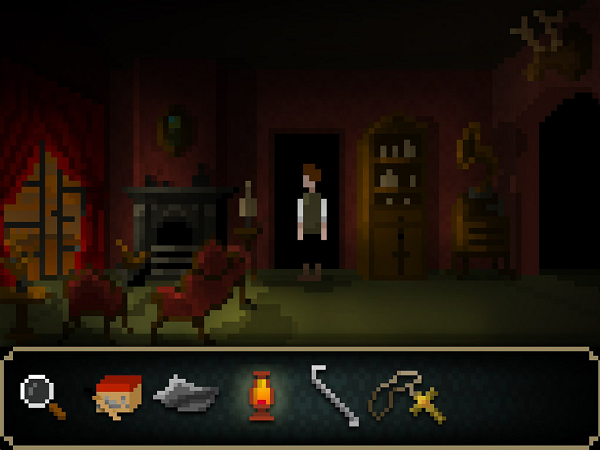 Within the Collector’s Edition’s included extras, not many were all too exciting. They are short stages, each consisting of only one room that provide some extra bits of information about the characters that you meet in the main storyline. Sadly, there’s not really any gameplay involved in these and some are just cut-scenes that involve no player input at all. Since they also don’t affect the story much, it’s safe to say that these aren’t really a selling point.

While The Last Door is definitely a good game, I feel that its prior status as a free-to-play title makes it a difficult sell. Not only can this game be played for free, but if you choose to do so you also get to continue on with season 2 and thus see more of the story, while those that pay will have to wait and see if they make a Collector’s Edition of that as well. Unless you’re a fan of the game already and want to give something back to the developers, it comes down to whether or not you consider the small, extra bits of content and the improved visuals and sound worthy of $10.