Review: The Guilt and the Shadow - Rely on Horror

Review: The Guilt and the Shadow 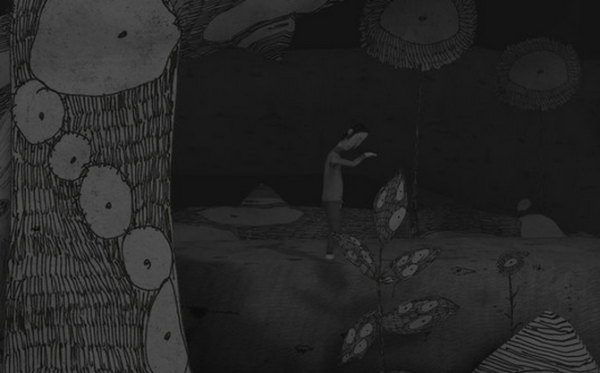 It’s not often that I’m at a complete loss for words when trying to describe a game, and usually such hesitation is the sign of a game so bad that it’s hard to put into words. That’s certainly not the case for The Guilt and the Shadow however, but rather a testament to how impressively subtle and mesmerizing the game is: it does what it sets out to do so well that attempting to describe it would be doing it a disservice of the highest order.

Nevertheless, I’ll do my best to describe why this game may end up being one of the year’s best overlooked indie gems. First off, in an age when the horror genre is dominated by increasingly-stale jump-scare-a-thons, it’s immensely refreshing to come across a game which delivers its scares with such an effectively degree of subtlety. While some games need to craft intricate setpieces in an attempt at eliciting fright from the player, The Guilt and the Shadow is able to make the simple act of walking away from a light source uncomfortably scary and unnerving. 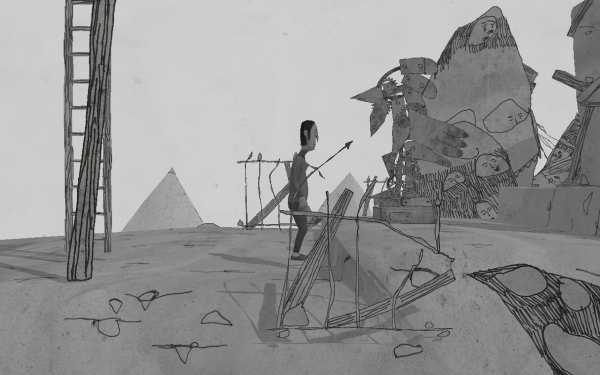 A large part of what allows TGatS to be so thoroughly spooky is its gothic black-and-white pencil sketch artstyle, which seems to take after the works of Neil Gaiman (and MirrorMask in particular). This gloomy aesthetic lends itself well to the dreary, oppressive atmosphere that forms the backbone of the game (this one’s definitely best played in the dark with headphones on), as does its effective and creative use of stock sound effects. A dripping faucet becomes an ominous echo in a cave, the groan of a violin becomes the creak of a platform beneath you; all mixing together into a macabre symphony composed by the things that go bump in the night.

The story of The Guilt and the Shadow hearkens back to the Jacob’s Ladder-esque school of minimalist surreal storytelling, and whether that’s a good thing or not is entirely subjective. Its plot, which attempts to explore themes of insanity, regret, and, you guessed it, guilt, is told almost entirely through flashbacks presented in the form of floating walls of text, as well as repeated cuts back to the same shot of a dingy old ceiling fan slowly oscillating while the player character recalls events from his past. It works alright considering the game’s minuscule budget and one-man dev team, but at the same time it leaves something to be desired in its presentation. 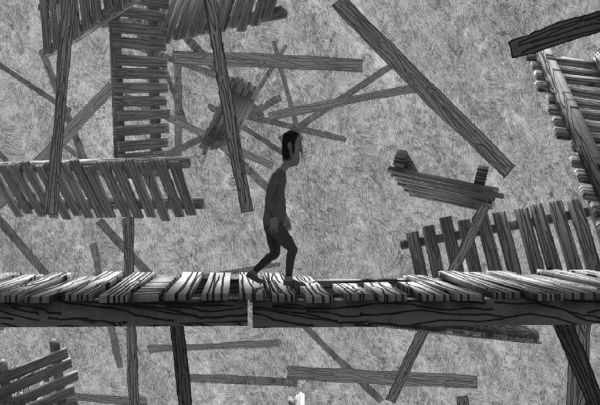 The only other issues I have with the game are relatively nitpicky, but they’re still prominent enough to hold it back in the big picture. Unfortunately the game’s script suffers from numerous typographical and grammatical errors, which might not bother some people but at their worst can be seriously immersion-breaking, especially since the story is only communicated through text. Additionally, The Guilt and the Shadow is a very short game (I was able to beat it in just under two hours, and I wasn’t in any particular hurry) with very little replay value outside of showing off the game to friends and family, which could potentially turn away frugal-minded customers. 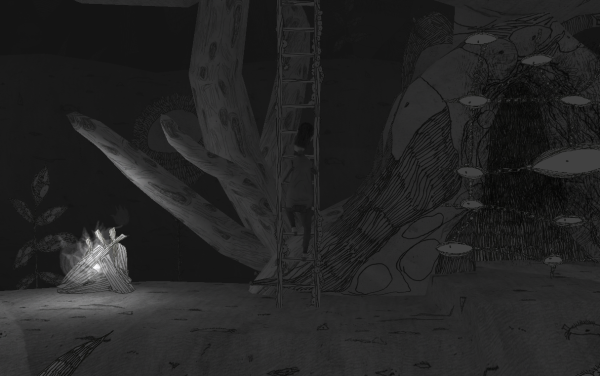 Still, I’ve paid more for shorter games that similarly justified their price (thank you, Gone Home) and what few faults this game has are far outweighed by the multiple things it does right, especially in regards to its handling of atmospheric horror and ambiance.

You can pick up The Guilt and the Shadow on Steam for the asking price of $10.99.