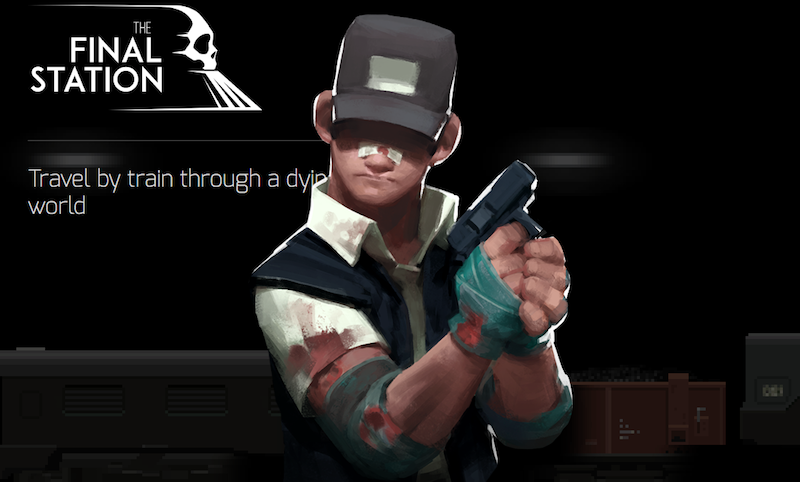 The Final Station sneaks up on you. It starts out as a post-apocalyptic platformer and quickly turns into something not quite so simple. It becomes an elegantly woven tale with details lying in the quiet moments between the action – the train rides where your passengers speak in hushed tones, stops at commerce hubs where people trade in information as well as goods, and bits of world-building found in scattered notes and documents.

Several decades ago, the world suffered an attack involving exposure to an unknown chemical, which turned most of humanity into mindless monsters oozing an inky black substance. The scarce remaining people have managed to build new lives for themselves in a bleak world. Scientists hold high stature in society, and their important work is protected by military force. Meanwhile, normal citizens eke out their lives in small communities, careful to avoid areas that have been overtaken by the shadowy husks of former humans. 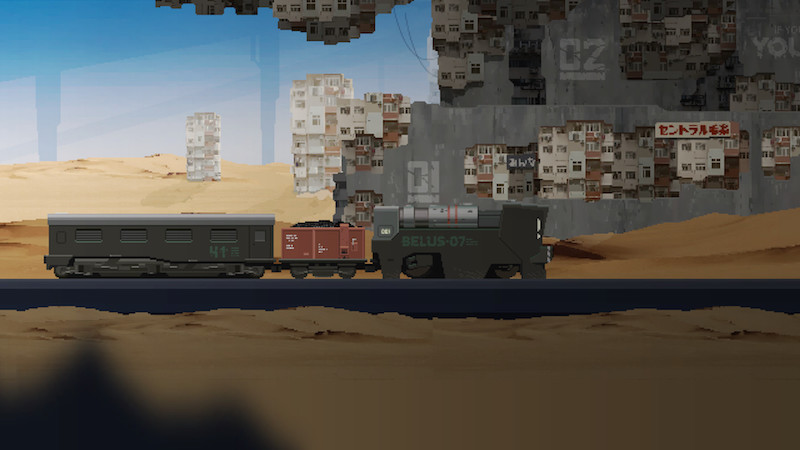 Railways have become the world’s primary mode of transportation, and you play as one of the few valuable train conductors. You earn a pretty cushy living compared to most, but your job just got harder, and that’s where The Final Station begins. There are talks of a new attack as the people who man the stations are mysteriously disappearing, and you’re given pieces of even more mysterious cargo to transport, which might be vital to the continuation of humankind.

The game is divided into two distinct styles of gameplay. The first style comprises several stops where you get off the train and explore on foot, fighting your way through derelict towns, scavenging for resources, and finding access codes to put your train back on track. You fight human-shaped enemies that look a bit like the kid from Limbo – shadows with two white dots for eyes – and they come in different types. Some are faster, some come at you on the ground, some are armored, and some explode on you. It takes a bit of trial-and-error to figure out how to kill each new enemy, and there’s some strategy involved when you have several attacking you at once. In addition to a melee attack, which is useful for conserving ammo, you have three guns at your disposal – a pistol, shotgun, and rifle. You don’t get the rifle until the end, though, and shotgun ammo is hard to come by, so the pistol becomes your only real friend. The game’s environments are also littered with items like chairs, crates, and even TVs and toilets, which you can throw at your enemies to help gain the upper hand. 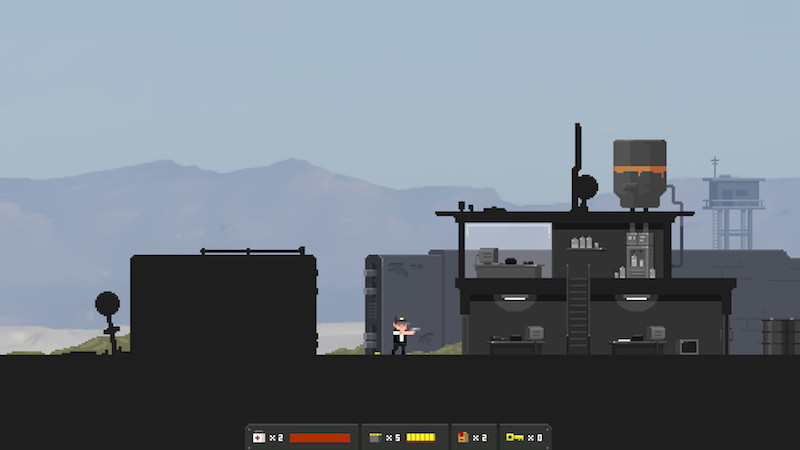 There’s a chance you’ll pick up new passengers in the overrun towns you scavenge, many of whom will be injured, and keeping them alive becomes an integral part of the game’s resource management system. Once you get back on the train, you’ll find yourself faced with the second style of gameplay, which consists of keeping your passengers alive and your train operational. You can craft medkits to heal the passengers with the worst injuries while rationing out food to make sure hunger doesn’t strike. While that’s going on, various parts of the train’s machinery will randomly malfunction, and you’ll have to rush to them and start a short minigame-like sequence to get them back up and running.

These two gameplay styles work together in interesting ways. I found myself thinking of my passengers back on the train while I was exploring stops, ensuring I scavenged enough food and medkits while using them sparingly on myself. Although you can craft medkits, resources are few and far between, and saving as many full kits as you can find is always a better bet. If you manage to keep all your passengers alive, you not only feel good about yourself, but you also get a monetary reward. 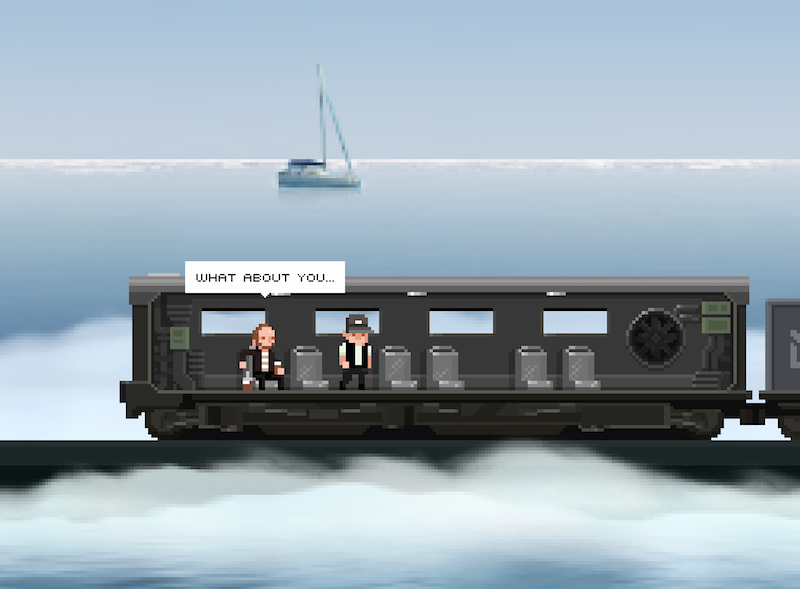 At times, the combat can be manipulated easily, making some kills feel cheap, and the generous checkpoints cause the game to lose some of the sense of urgency that its genre demands. But despite the inherent simplicity that comes with a low budget, The Final Station’s world slowly unfolds as you keep moving, and it’s a complex one full of secrets. Your passengers start whispering rumors about another impending attack. You begin to lose communication with co-workers as electronic systems inexplicably shut down. The scientists you encounter speak in fragments of riddles. You learn about people’s lives through the opened laptops and pieces of mail they left behind.

The Final Station’s story is told discreetly against the backdrop of a dying yet beautiful world, where each scene in all its pixelated glory is more captivating than the last. I certainly wouldn’t mind punching a ticket, sitting down, and watching it glide by.