Review: The Evil Within: The Consequence - Rely on Horror

Review: The Evil Within: The Consequence 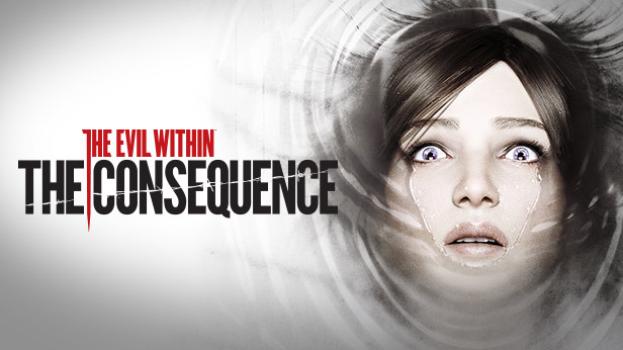 Juli Kidman’s story comes to an end with the release of The Evil Within’s second DLC, The Consequence. Does it deliver a solid conclusion to this game’s version of the “Separate Ways” scenario? Or does it fail to live up to the excellent horror experience that was The Assignment? Keep reading to find out!

The Consequence picks up directly after the end of The Assignment, with two more chapters of story material resulting in an experience that’s close to three hours. We find out a lot more about the main characters of the game, like Sebastian and the mysterious company Juli works for. The flashbacks with Sebastian and Joseph were great and really succeeded in developing Seb’s character even more, answering some key questions. And with the way this DLC ends, I cannot wait to see where the series takes him next (if we do get a sequel).

Juli’s Slenderman-like employer once again gets the spotlight as the central villain of this scenario, figuring into its events more prominently than in the last DLC. I said it before and I’ll say it again, he’s definitely a much more menacing figure than Ruvik was (at least with how he was presented in the main game). And speaking of bosses, we do fight a couple in this DLC. The fights were satisfying, but they failed to surpass the excellent encounter with the Light Woman from the first episode. I think that’s because, for me, the stealth in The Evil Within outshines the gunplay.

You do get to use guns in this DLC, but don’t let that fool you. Stealth is still the name of the game here, for the most part. You’ll still be taking cover, utilizing bottles for distraction and axes for one-hit kills from behind enemies. Even when I was able to use a gun in certain combat scenarios, I still opted to just sneak around the enemies instead. Ammunition is really scarce to begin with, so it’s a sound strategy.

Something that didn’t carry over from the last DLC are the puzzles. Sure, we still have the small ones dedicated to finding parts of notes in lock boxes, but you won’t really find anything beyond those extras. I was a little disappointed about this omission, seeing as how The Assignment had some pretty neat puzzles that spiced up the experience’s pacing. And pacing is another area where this DLC seems to falter, making it somewhat dull outside of a few standout moments. It doesn’t help that you’re basically going through areas already previously explored. A highlight is the police station, which brought back a lot of memories from Resident Evil 2, especially with a certain room with a two-way mirror…

Some of the most intense moments in the DLC came in the last half where you would have to burn paintings in large rooms in order to break a character free from possession. By itself, that sounds easy enough, but the difficulty increases due to a number of enemies standing between you and the objective. And you won’t even have a gun, so you have to rely on stealth to get past them, or the axes if you find any around. I was a little annoyed in these parts, mostly due to their trial and error nature, and I felt they were meant to just pad out the length of the content. Another annoyance came right in the beginning where the lights go out (as expected) and you have to find a way to bring power back. I completed this objective in complete darkness. I was an idiot and didn’t realize that there was a light bar that you can pick up and carry with you. I totally missed it and only picked it up after I brought the power back and after all the tedious pitch-black back tracking. Fun times. But that’s just my own stupidity!

The Consequence is a solid conclusion to Juli Kidman’s storyline, that also managed to plant a few seeds for the future while touching on some characters’ past. The ending shocked me and left me anticipating what comes next. And overall, I did enjoy this extra scenario a bit more than the main game, despite this DLC failing to surpass the first one. Now, bring on the Keeper DLC!