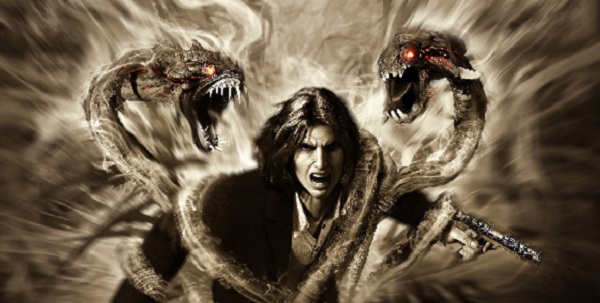 With the coming of February, came the release of many games. With more still coming right through May before the releases have a calming period, the gaming life is a busy one. I was able to sit down and put some time into “The Darkness 2″and I must say, I am very impressed. In June 2007, I got my hands on 2KGames’ “The Darkness” and I played from start to finish. There were many things I liked about the game and it actually hit me by surprise. When this game was announced. I knew exactly what I was expecting and the game had a reputation to live up to. So lets get into it.

We take control of Jackie Estacado once again. Along this dark journey, things have changed up a bit this time. We learn of a group of shady individuals that we come to know as “the Brotherhood”. Intentions lay unknown to Jackie through a portion of the game. But as we all expect and anticipated, this group comes to the light (or rather the Darkness) rather quickly. From that point on, it is an experience filled with blood, bullets and a whole barrel of vulgar language.

One thing I noticed with this game was the lack of free exploration that seemed to be more present in the first title. I believe this is actually much better than running around aimlessly. Freely roaming the subways and streets before visiting objectives was noticeably absent. There are some parts of the game that allow roaming around this time. However, These are confined to small areas like Jackie’s residence. Roaming can be spent talking to NPC characters, making decisions or even looking at your collected Relics. The combat in this game is much more linear and I rarely found myself wondering what to do next. Objectives were simple, thrilling and always kept me on my feet.

The gameplay itself handles rather well. The “quad-wielding” handled very efficiently and I often found myself with more tools than I could find good use for. There is much variety in this game with the ability to fight effectively in different ways whilst maintaining your lethal dominance. While the quad-wielding was amazing, I feel as though the grappling arm could have been handled much better in controls and maintaining of objects. I found it very upsetting that I was constantly dropping metal poles (used for projectile impaling) due to staggering with commands or interactive objects. I also had a bad dream come to light once again with this game.

A similar complaint I had with the first game has surfaced again. I feel that although there was much done to improve interaction with the darkness powers, there could have been MUCH more done in terms of execution animations. The same three being repeated over and over….and over again. With there often being situations where you rely on the powers to perform effectively, I hated these repeated animations by the end of the game. If I could make one recommendation for a future game (if we ever see one), I would please ask for much more of these animations to prevent things getting boring too fast.

I am not trying to take anything away from this game, though. These are one or two smudge marks on a beautiful work of art. This game shines far beyond the first. Something that is further proved through “Vendettas” mode. 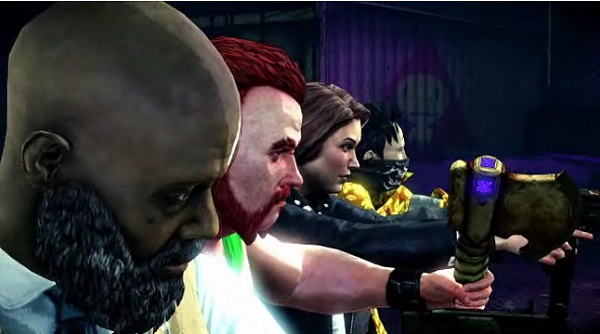 Vendettas mode is an alternate mode that allows you to pick from multiple characters. I surprisingly found this very involving and got sucked right in. Missions and objectives like assassinations or artifact retrieval become the primary concern, with all members having a different sort of Darkness taint. There are some exclusive weapons and abilities in this mode. One would be missing out greatly to pass this up. It would appear as though many of these missions happen alongside the main game’s story without the presence of Jackie. I could be wrong, but it would make perfect sense. Johnny Powell takes the helm and the team is at his disposal, a journey sure to be filled with awesome encounters and damn beautiful carnage. It’s much better enjoyed with a friend in its co-op modes. 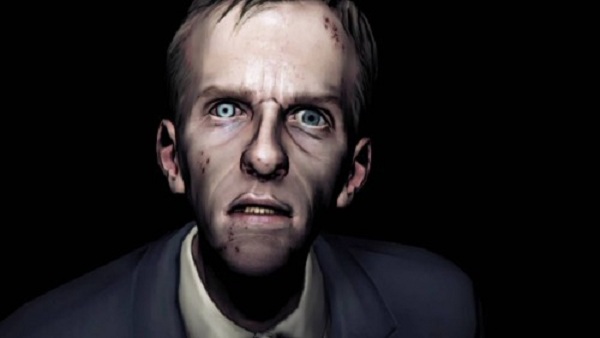 This is the man we’re supposed to trust? …okay, uh…boss…

I found both the games’ visual presentation and soundtracks to be stunning. A very comic feel to live up to the pioneer medium. Many great uses of lighting and different atmospheres. The soundtrack spoke to my inner musician with a bunch of genius piano tracks and some suspenseful builds. A real sense of loss and sadness is conveyed with Jackie’s only thoughts being of his love that is no longer at his side. The music was one of the best parts of this game and I actually found myself humming some of it around the house, which says enough.

This game is one with elements that can be spoiled easily through any review. It does many things right and shines in the higher tier of shooters. Today, that is a feat all in itself. The game handles amazingly and can compete with the best. In my opinion, a 100% “buy” with no doubt. If you don’t have this game, you should. The articles and reviews for this game cannot give it justice, it is very capable of proving itself to any who dare get in its path. You won’t regret this purchase. A seriously brutal and sad roller coaster on a tall hill of vengeance.