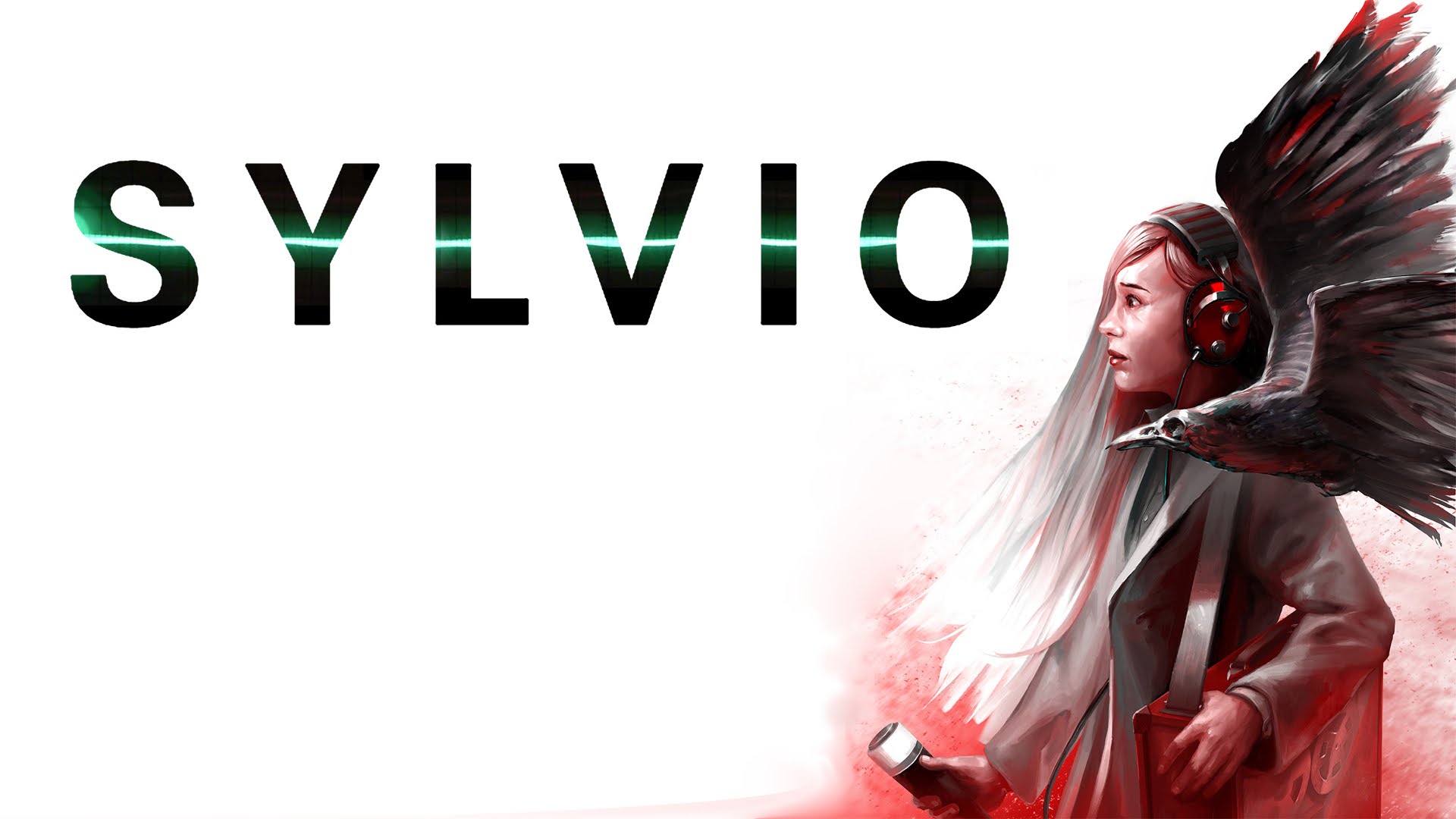 Think back to the last time you played the original Silent Hill. Set the stage for yourself: a large abandoned area with several different points of interest. Dense fog blocking your view. Interesting blends of music and ambient noise, with the occasional interruption of radio static. A tragic event with strange connections to locals and Native American stories. More than an inkling that something is going on, and enemies around every corner preventing you from figuring it out. All of those things can also be said about Sylvio, a game that carves out its own spin on the world Silent Hill created.

Sylvio sets the stage with a little breaking and entering. You arrive at long-shuttered Saginaw National Park as paranormal investigator Juliette Waters. Armed with an audio recording device, a flashlight, and a notepad, Juliette scales the park wall and jumps down into a scene of total devastation. Decades prior, a landslide buried everyone in Saginaw, and the park was never reopened. Juliette has to see if the spirits of the people never recovered from the debris still linger. The short answer is yes- and there are many more lingering spirits than she bargained for. 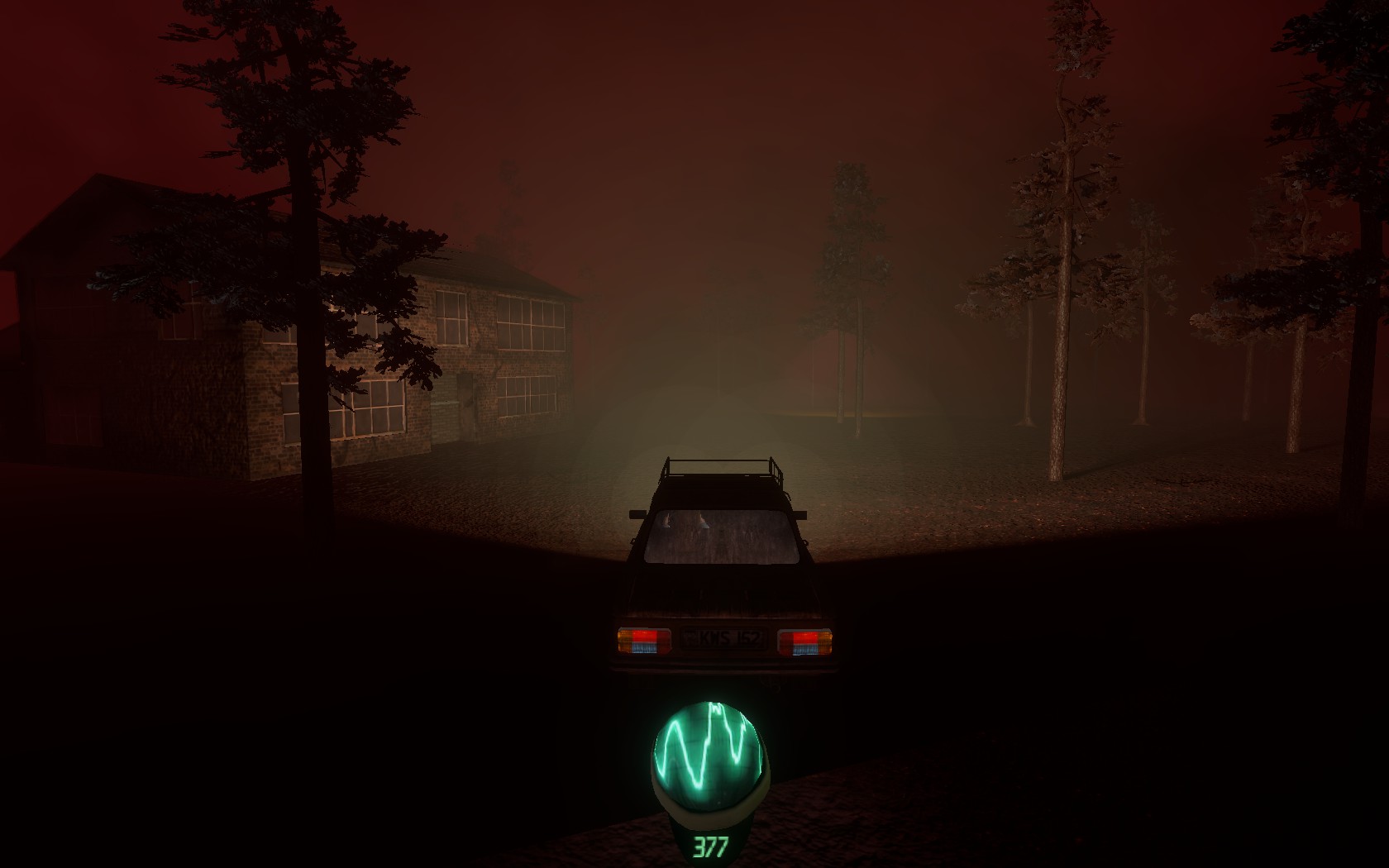 Sylvio is a game that deals in nuance, forgoing heavy action and allowing players to roam each area freely without much direction. The recording device has a meter on it that shows you the distance to an object of interest- or enemy- when you point in the right direction. Beyond that, it’s up to you to roam around and find the right path. Among the places to explore are an underground storage area, a vast main park, ice cream hut, tavern, zoo, hotel, and amusement park. All have their own share of spirits, both benign and belligerent, as well as puzzles and clues scattered throughout the grounds. There are messages in the static to discover, and distraught spirits to defeat. Each area has three to five spirits to encounter as enemies, culminating with a boss. After an enemy goes down, Juliette gets a short EVP to decode with her recording machine, searching for messages in the noise. These messages point to clues for the puzzles, as well as giving away the secrets of Saginaw Park. Each area has a seance as well, and it is through these that the story of Sylvio is fleshed-out.

All of this hunting and searching is made much easier in the latest remaster of Sylvio. The controls are more intuitive after the leap from computer to console. The limited number of buttons makes streamlining controls vital, and that process adds to Sylvio immensely. Loading screens are a little longer, but trade off for smooth audio and graphic function. While I fell in love with the first version of Sylvio, the remaster made the game more functional, and the PS4 port has made it completely enjoyable. Players who gave up on the PC version in the early days of Sylvio should give the PS4 port a try. I think you’ll find most complaints resolved in the latest reincarnation. 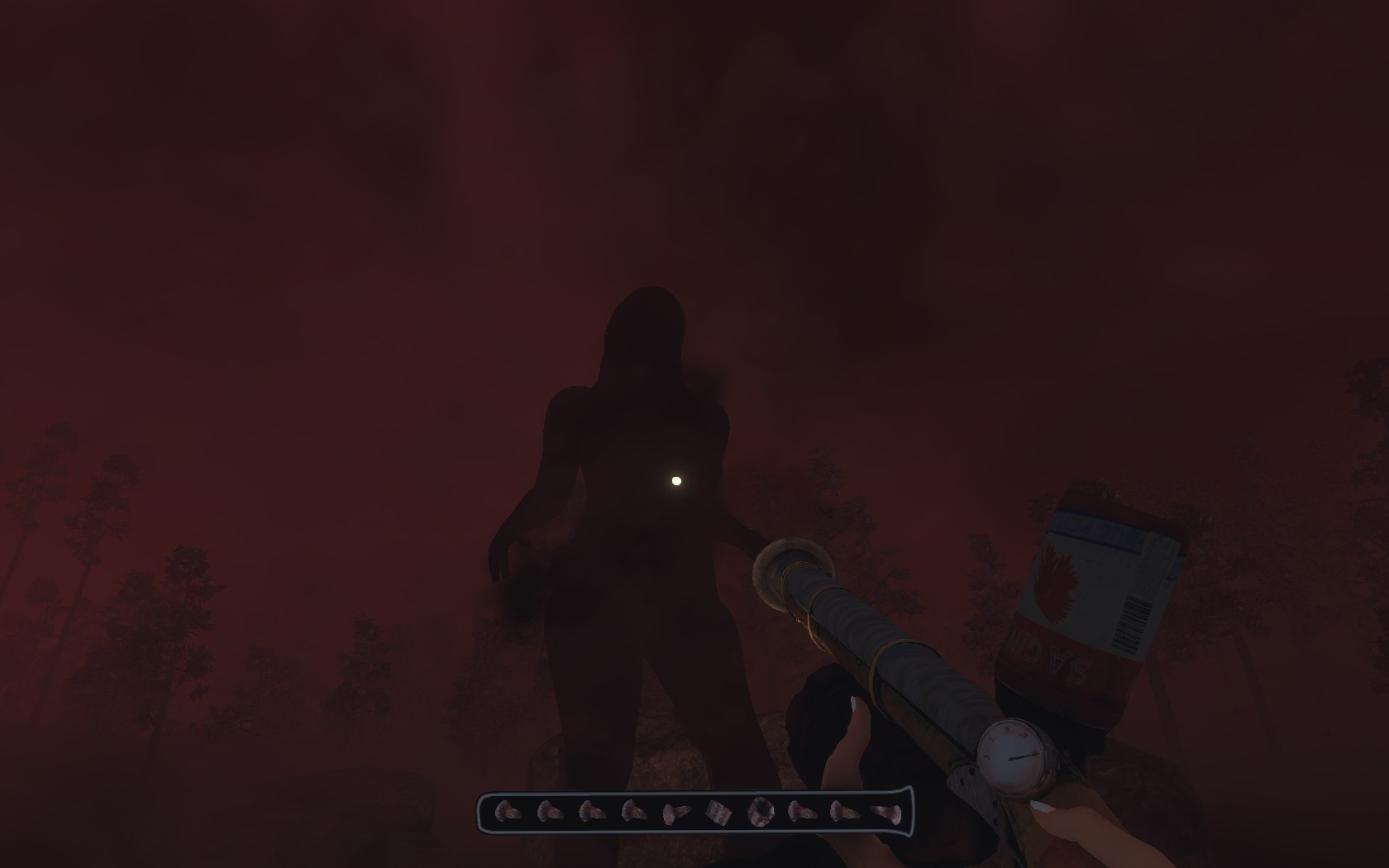 Combat has been mostly untouched in the latest remaster of Sylvio. Your enemies are amorphous black clouds that will kill you on contact, with bosses that take the shape of humans. Between the original and the PC remaster, those enemies were revamped to have blurry edges, which makes them harder to aim at. That, in turn, makes them more challenging and fun to fight. You fight the spirits with shards of glass and random hardware you find laying around, shoving it into a blunderbuss powered by cans of aerosol bug spray. It is every bit as silly and hilarious as it sounds, and the comedy of it balances the horrifying stories nicely. When not needed for ghost removal, the gun can be transformed into a potato cannon by simply adding potatoes. This aids in everything from shooting switches to playing fair games, without sacrificing any of the hilarity involved in using a bug spray powered blunderbuss.

There are a few other funny moments in the game, but the inevitability and tragedy of the story will still get under your skin. Each message and clue you uncover paint a darker picture of Saginaw before the storm, and in the days after. There is a bit of a twist to the story at the end, but it is simply twisting the knife that’s already in your heart. From the outset, this story can only end one way, and it is crystal clear what the ending will be. It is compelling, though, and antagonist Bobby’s recorded journal reels keep you hanging on to both hope and fear until the very end. Juliette is a medium for Bobby’s story, and the story of Saginaw. It is his story that ultimately fills the spaces and keeps you moving forward long after you see where it is headed. 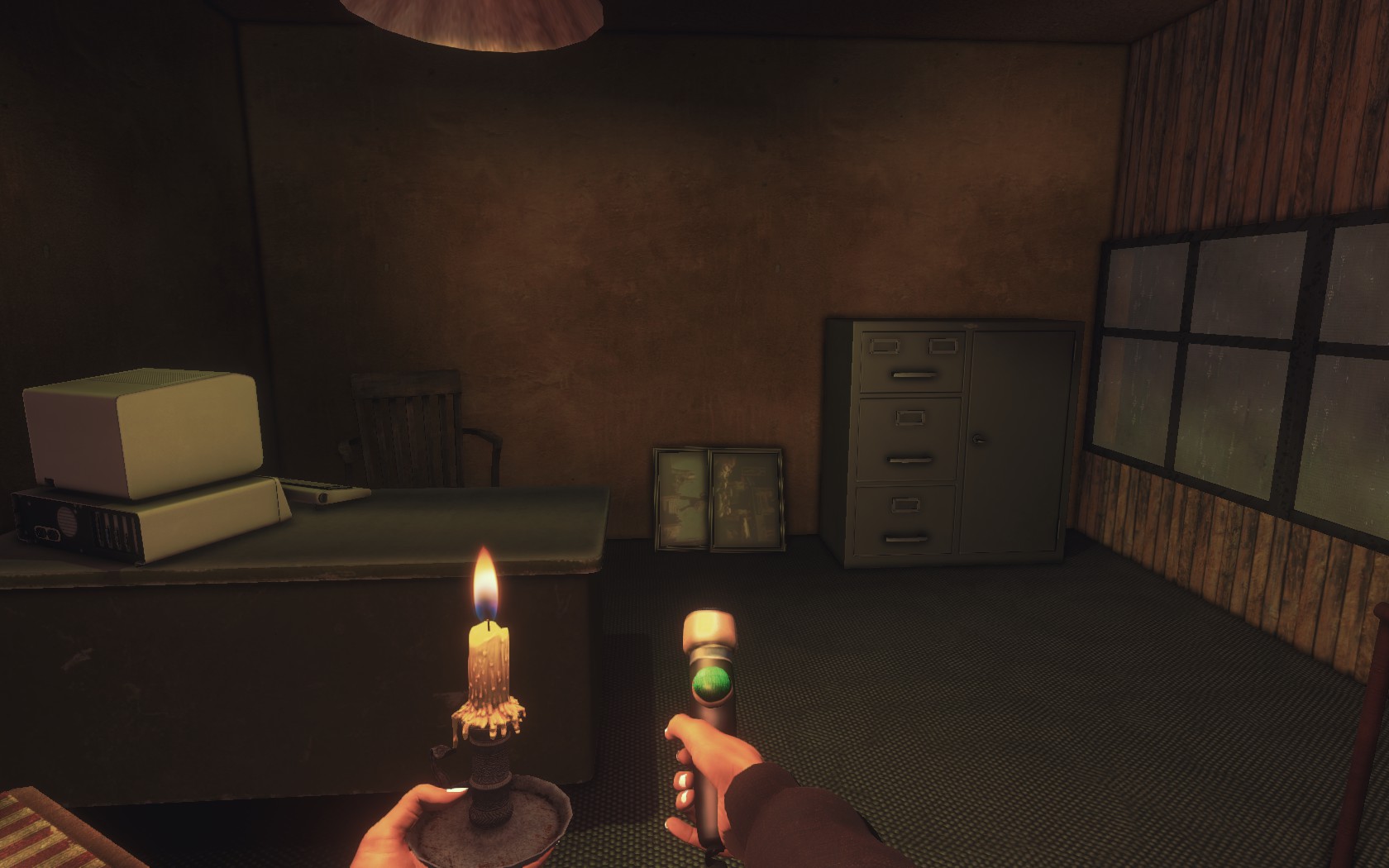 The story of Bobby and Saginaw National Park is told in quiet noises, electronic music, and dark visuals. Niklas created the soundtrack for the game himself, giving us both the haunting piano melodies heard through speakers in the park and upbeat electronic music that plays any time you drive the car around the park. He had a female friend in Sweden voice Juliette, and her calm, quiet voice is a cool blast of ASMR in a decaying, ugly place. Some players complain about the monotone, calm voice acting, but I love it. Juliette is a professional paranormal investigator. She would not be running around swearing and screaming over every new spirit encounter unless she decided to start an American reality show about ghost hunting. Her calm demeanor is a perfect fit for the very measured feel of the game, and it helps set Sylvio apart from its screaming, howling, jumpscare-filled peers.

The graphics of Sylvio are a definite throwback to retro horror games- think early Silent Hill. Saginaw is painted in shades of red by a red fog obscuring your surroundings and a heavy layer of rust on everything. The fog adds to the visuals in the same way it did in Silent Hill, helping smooth sharp edges and blocky textures. The low-fi, retro graphics manage to make the game more enjoyable rather than detracting. It’s a nice bit of nostalgia, but it also allows players to render the details in their minds, personalizing the game to each player differently. There aren’t any amazing graphics or gorgeous vistas here, but there is a nice canvas on which you paint your own fear. 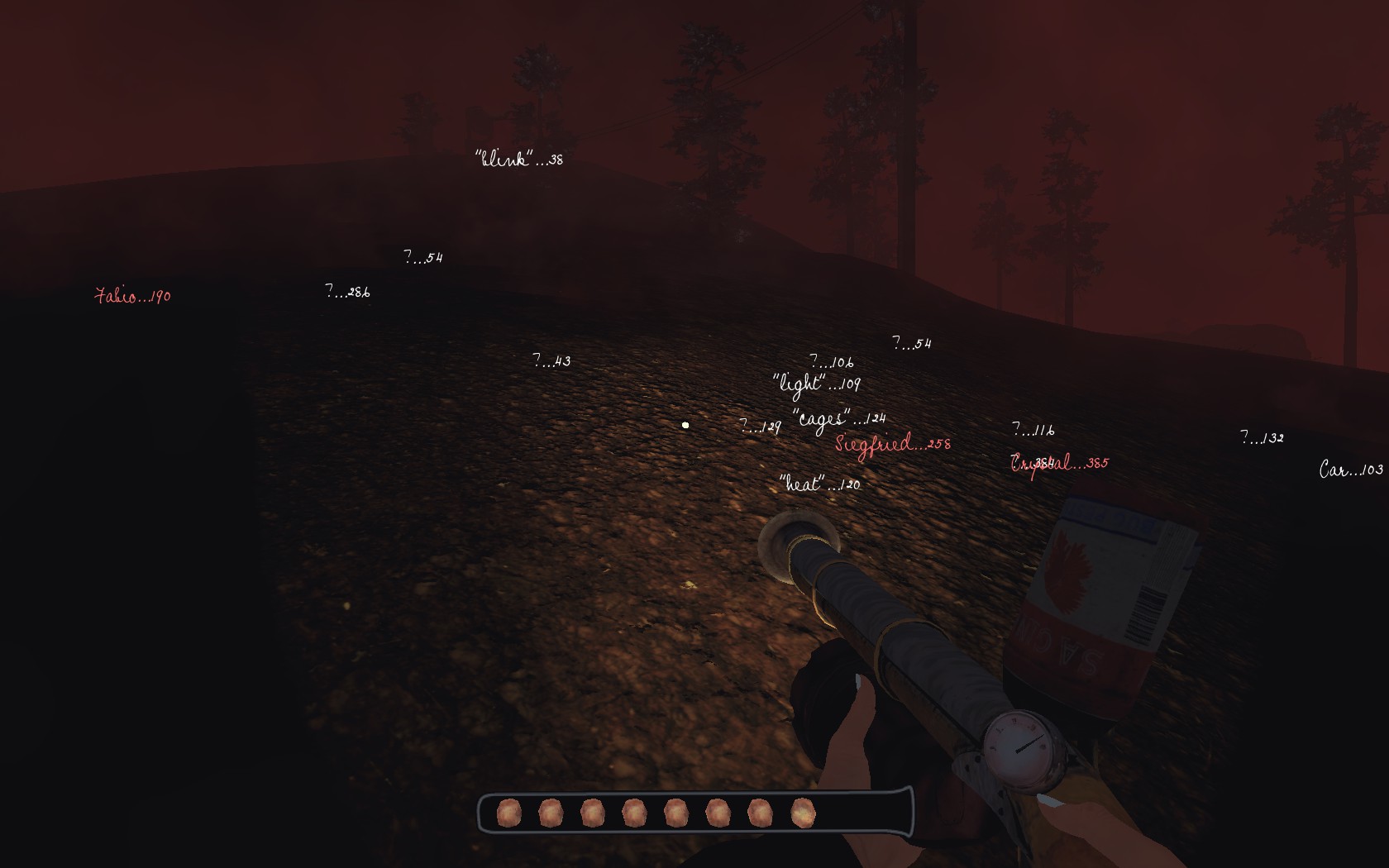 Sylvio is a gem for completion junkies. There are hidden morse codes to find, messages left in strange places, balloons bearing keys to summon and destroy, hints of the story in hidden areas, and bookshelves to read. None of these are vital for completion or understanding of the story, but they are fun and can fill in a few minor blanks in the storyline. The rest of the story is told through the main plot messages, which cannot be missed, as well as reels of tape the antagonist has left lying around the park. The reels can be missed, but are often placed where you’ll step on them in the process of completing the necessary puzzles for the area.

Sylvio is the game that brought me to Rely on Horror. I came to CJ with a pitch to write one article about one game I was enjoying on Steam, and it has turned into a year of writing. In a couple of ways, Sylvio gave me things I didn’t even know I wanted. I’ve played 113 hours on my own Steam account, and another 40 on my husband’s laptop. I’ve played 22 hours this week on PS4. I have found every message, every bookshelf, every hidden key, every code. I’ve finally unlocked every single secret, and it is like saying goodbye to a friend. I lose track of time when I play, retreating into my own mind as I wander the park grounds looking for one last message. I’d probably be terribly sad about this if I didn’t know that Sylvio 2 is already well underway. Niklas paused development of Sylvio 2 to work on Sylvio Remastered and the PS4 release, gaining skills and smoothing out the gameplay both times. I’m excited to see Juliette again in the future, and to take on video EVP. 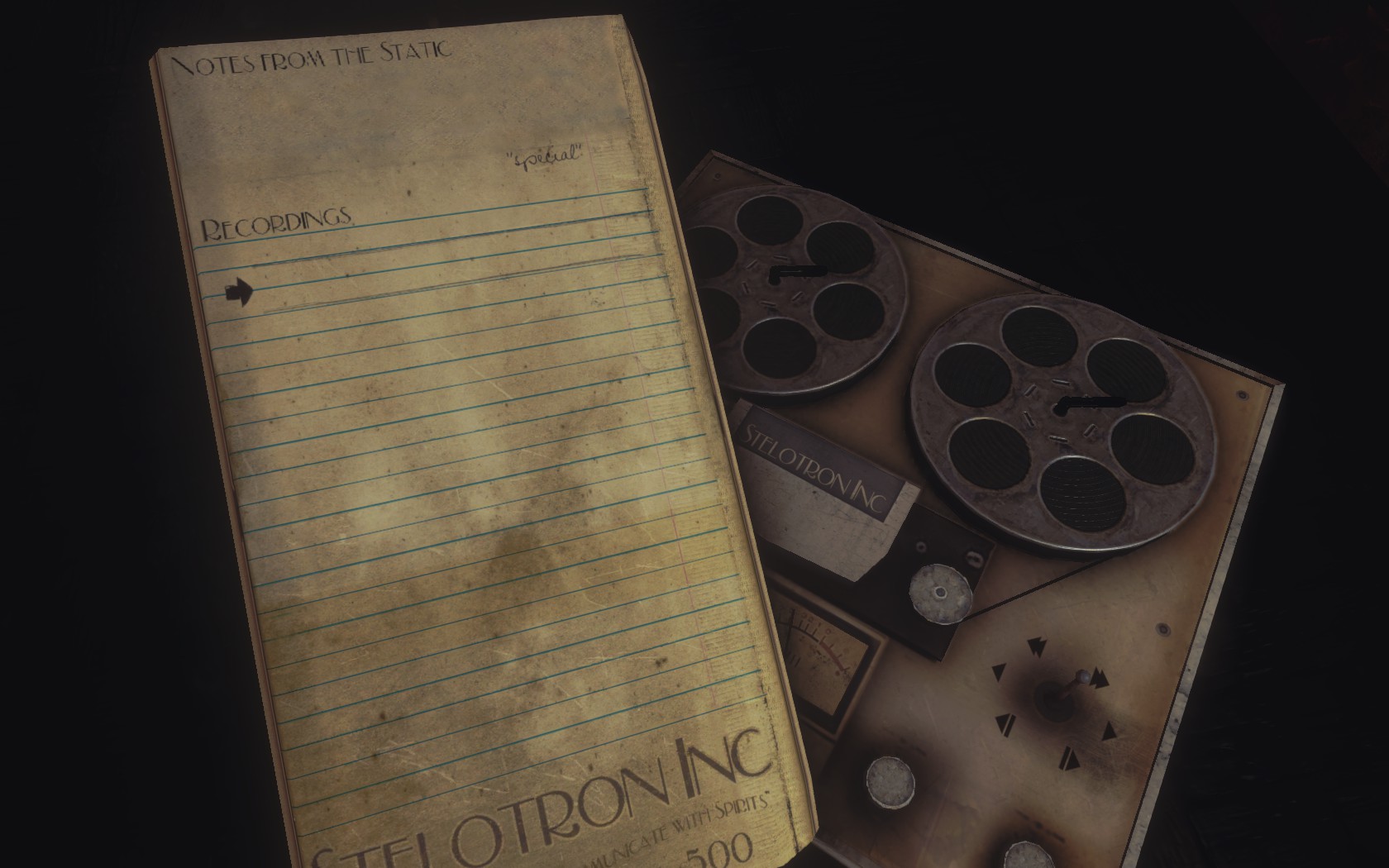 Sylvio has a small, devoted following. It’s a niche game, and it has never quite broken out into the wider market. I hope that the PS4 release will convince more people to play it, because I feel like it belongs with the classics. Sylvio has a fresh take on classic horror, and blends exploration with puzzle-solving seamlessly. If you haven’t already played it, or if you gave up on the PC version, now’s the time to give it a try. You can find Sylvio Remastered on Steam and PSN, and keep up with Niklas Swanberg and Stroboskop on his Patreon.