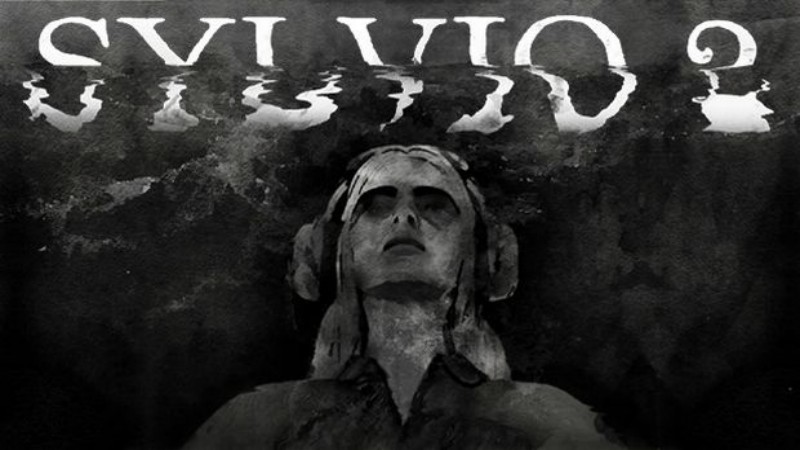 Sylvio is the game that brought me to Rely on Horror. The low-fi graphics, synth soundtrack and ASMR-worthy voice acting combined with a strong story and compelling gameplay dragged me out of hiding after several years away from the vocal gaming community. Not long after I finished the first game, I found myself longing for a second installment, wondering where the story would end. Juliette wasn’t done with the spirits of Saginaw Family Park, of that I was sure.

Sylvio 2 does not disappoint in that regard, picking up exactly where the first game left off. Once the game has loaded, players can look through the window to their right and see the last room Juliette left in Sylvio, having now crossed through a doorway into a home burrowed deep into the ground. Juliette seems to have been stripped of her trusty recording equipment since the credits rolled in Sylvio, and she’s left temporarily unable to commune with the disgruntled spirits of Saginaw upon descent into its tunnels. A short jaunt down the path, though, reveals a new piece of equipment built for talking with the dead. In place of voice recording, Juliette spends Sylvio 2 gathering both visual and audio data to decode, with the spirits around her starting their chatter immediately upon booting up her clunky new sidekick. 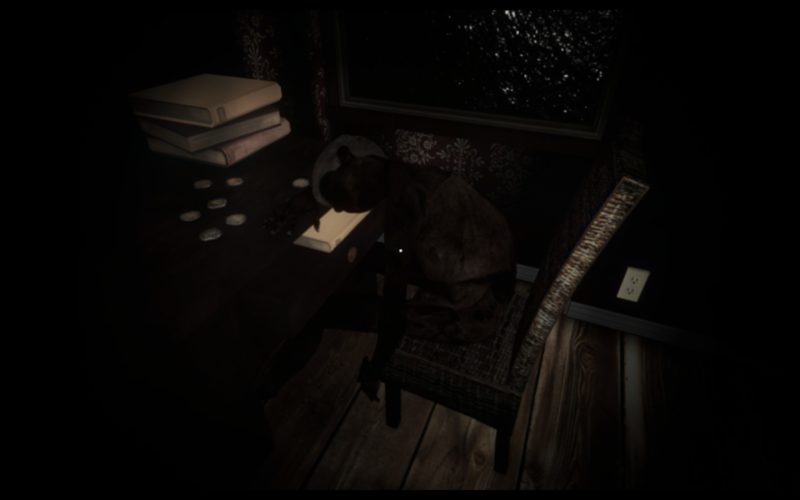 The change to recording is welcome, with video appearances giving Sylvio 2‘s dead a bit more life than the first game’s hauntings. Along with grainy images of the stiffly moving stiffs, there are audio-only recordings with massive distortion to work through. Each message uncovered in the recordings reveals a new clue in the world around Juliette, allowing players to move forward while learning about the events leading to each ghost’s demise. Since the new machine has a screen, audio recordings are paired with a visual image of the recording’s soundwaves. This adds unexpected accessibility, helping players with hearing loss — and even those without for some of the more challenging recordings — find the spaces where blank messages may exist, and whether they need to be sped up or slowed down to appear

In another departure from the first game, Sylvio 2 loses the distance meter in favor of dots that appear through ceilings, floors, and walls to guide players to the exact position of a ghostly interaction. Winding halls and hidden passages can make getting to the dots a bit difficult in some levels, but the system is much more streamlined than the first game, which works well for the linear style and tight quarters of Sylvio 2. My only complaint with this game is that the move to more linear exploration and confined spaces makes for a fairly short game compared to the first. 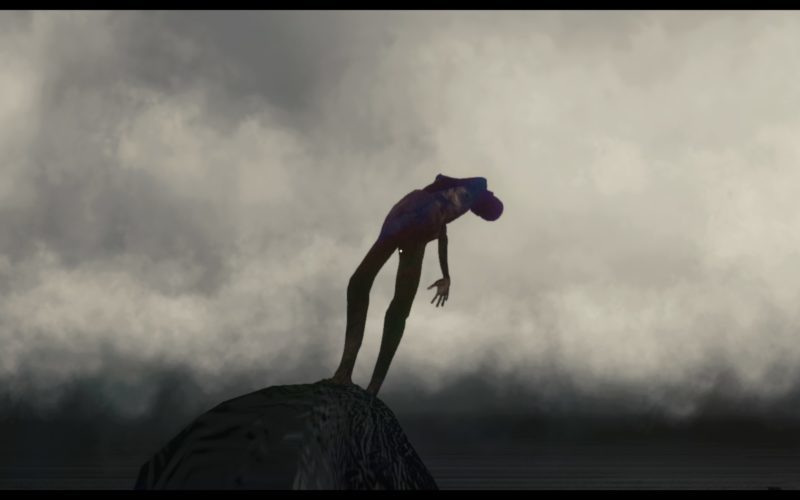 The same can be said of the decision to nix combat from the second game. While the enemies of Sylvio were interesting and represented a break from Juliette’s solitary sleuthing, the potato-cannon-against-Goliath system would be a complete pain in the world of Sylvio 2. The ghosts here are less combative, preferring to simply echo their past lives instead of taking out vengeance on anything with a pulse. This is the right decision to highlight the sequel’s emotional storytelling and cramped setting, but it does make for a shorter game and less constant tension.

This is not to say that the lack of combat detracts from the abject horror of Sylvio 2. In adopting a completely different play style, the second game takes on a slow-burn approach to terror. Where the first game had massive enemies and their sentinels, the second has stories of people who fell victim to circumstance, along with some who very much deserved to die. Each area has its own horrifying history, and each has a twist that sets it apart from the others in a way that sticks in your mind whether you like it or not. In related news, it turns out that no industry has made bleach for your brain yet… 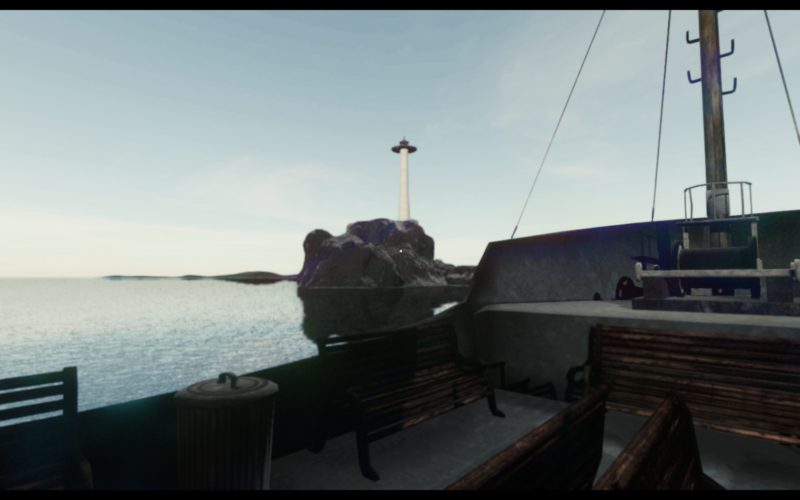 Sticking with the theme of changes between Sylvio and Sylvio 2, the second game sees Saginaw Park flooded, with islands remaining above the water’s reach. Players must travel from island to island on a tugboat using a grid coordinate system. Developer Niklas Swanberg should be applauded for the decision to put a bed in the captain’s quarters, directly beside the coordinate input system. With a simple click on the bed, Juliette falls asleep, and the game skips directly to the destination, saving players the tedious travel between islands during which there is nothing to be done. The flooding of Saginaw keeps the story fresh while maintaining the setting players of the first game are used to, and the tugboat makes for a nice reprieve between island explorations.

Sylvio 2 stays true to the original in as many ways as it differs. The soundtrack is still Swanberg’s own creation, sticking to the synth sound that made the first great. The graphics are still OG PlayStation-esque. The fancy new machinery operates precisely the same as Juliette’s trusty recorder. The corrupting spirit of Saginaw is still alive and well in Sylvio 2, breathing evil into the corners of every business and home. It’s still dark as hell for 90% of the game, and players will recognize the ridiculous car in the barn at the end. One ghost from the first game even makes a quick cameo, underscoring the story’s link to the first game. 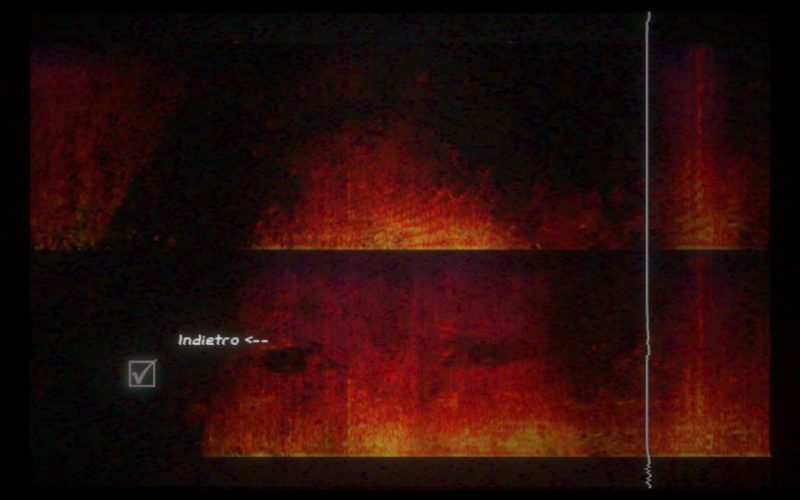 It’s vanishingly rare that a series can implement major changes between games and still feel right to its core player base. Sylvio 2 manages to do just that by adopting new mechanics that support the next phase of the story while keeping familiar controls and peppering in references to the first game. The ending isn’t what I could ever imagine, though, a second playthrough unmasks excellent use of foreshadowing. While it isn’t the ending I guessed or wanted, the tight storytelling and character development of both games make it feel right once the initial shock wears off. It also ties every loose end together, leaving no doubt that the empty death place that is Saginaw is truly silent. There are no more spirits here, and Juliette’s adventures in the park feel thoroughly complete. The closing sequence is unexpectedly touching and final, and I could happily move on feeling that there will be no future installments of Sylvio. That doesn’t mean I won’t ask, though.

Sylvio, are you there?