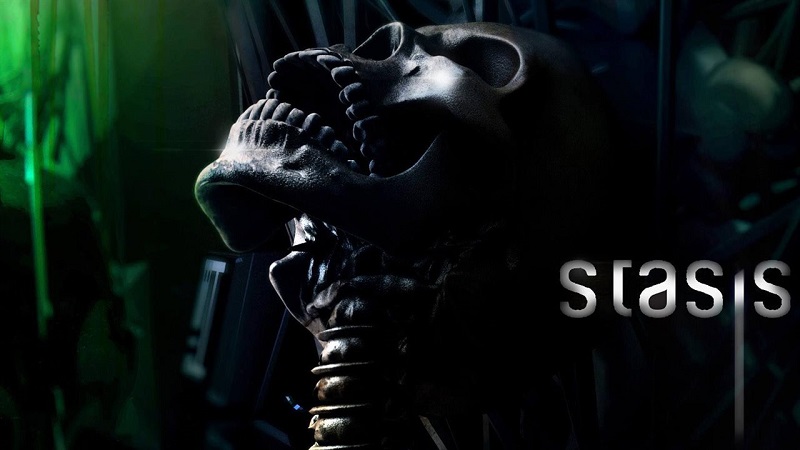 Design. Good design makes or breaks a game. Some games can rely on their namesake to imply quality and that gives them leeway to slack. But for a game like Stasis, the first game funded through Kickstarter by South African studio Brotherhood Games, there is no name brand recognition to fall back on. So what do the industrious developers do? Pour all of their effort and earned funds into design – good, functional, terrifying design

Stasis is an isometric, point-and-click, puzzle game that plays like all the great point-and-click puzzle games of yesteryear. You guide your character, a cryogenically frozen man named John, from location to location, picking up items you can use to solve puzzles along the way. That part is relatively straight-forward and the game relies on tried and true mechanics throughout the whole game. In fact, there’s nothing particularly innovative about the sort of game Stasis is. Anybody who’s ever played a point-and-click puzzle game should have no trouble picking up Stasis and there is not a whole lot of interesting gameplay tricks to learn. If anything, I sort of wished the game wasn’t so much like its older predecessors, making some of the backtracking arduous slogs like back in the 90s. 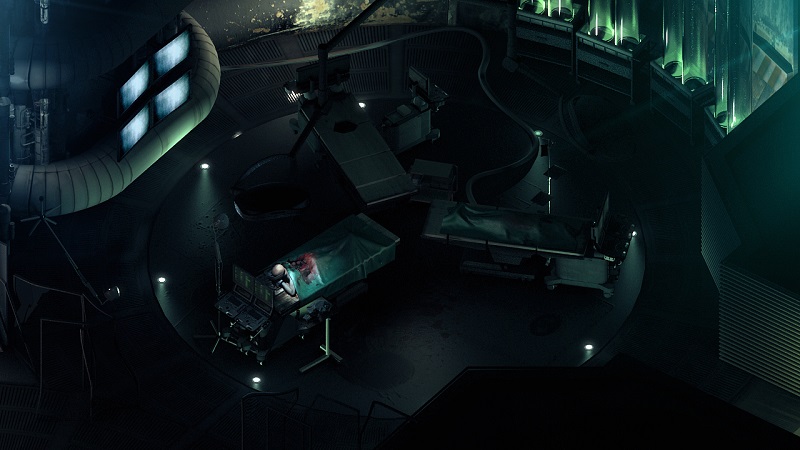 But where there’s nothing new about how the game plays, there’s something great about what the game has to show. Taking place on a desolate ship called The Groomlake, John wakes to find himself on an industrial looking spaceship (think Ridley Scott’s Alien and Visceral’s Dead Space) that’s pretty heavily damaged. Blood splatters the halls and there is obvious signs of wreckage everywhere. What unfolds however is a Cronenbergian story that’s essentially a mishmash of all the great space horror films of the last 20 years, but done incredibly right.

To list a few of the horror subgenres one might find, there is the cyberpunk horror of System Shock, body horror of Dead Space, and a little bit of Moon and Alien to round out the whole thing. However, I’m implying that the game isn’t original in its own right, and that’s only half-true. Yes, sometimes the game overloads the sort of “Everything on this ship is trying to kill you” but the creativity in which they introduce each new nightmare, and how they reference the ridiculous amounts of batshit crazy evil that tries to kill you, keeps the game light on its feet. In fact, it’s a testament that the game never feels bogged down by any of its many rotating parts, and it really shows the masterful command Brotherhood games has over its story. That it remains as straightforward as it does is probably because of my next bit of praise for the game. 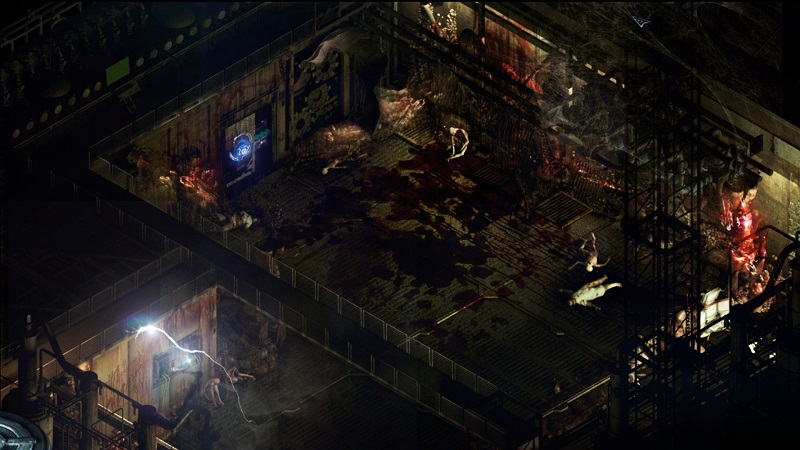 What really elevates Stasis however, is the design the developers clearly put so much effort into constructing. The environments vary wildly, but are no less detailed each time. Every time I entered a new area I was left amazed as to how unique The Groomlake was. Every little inch of the massive space shuttle had interesting elements to scrutinize, to be terrified by. Similarly, the designers seemed to take particular interest in finding ways to kill its protagonist. Death animations like these haven’t been seen since Dead Space 2 but the isometric view sort of evokes the Adult Swim browser game 5 Minutes to Kill Yourself.

For a game that is very much a traditional point-and-click game, Stasis is surprisingly cinematic. There aren’t in-game cut-scenes, but rather choreographed moments that give the game real cinematic heft. It’s like watching a bloody play unfold before your eyes. The game therefore is not for the faint of heart. If you’re looking for a subtle experience, look elsewhere; Stasis is an industrial grade blender that rips loudly and cuts messily. It’s bloody disgusting, and if you’re into that, you’ll love it. There are times when I thought “this might be too much” but realized that it could just be my personal opinions on that. For what it’s worth, the violence may be gratuitous but I suppose that’s sort of the point, and for which they readily succeed. 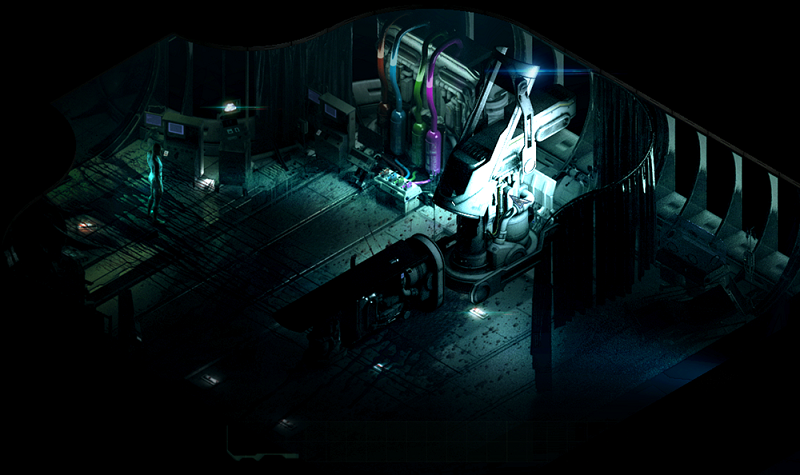 This game, like all horror games, will appeal to some subsection of horror fans and not others. I’d recommend this game to anybody who likes any of the films I mentioned previously. For those fans, this game should feel readily familiar, but wonderfully new and an exciting addition to the space-horror canon. For those of you who also like your violence full-frontal, you will find comfort in knowing the game doesn’t hesitate to let loose its particular brand of hell. I myself enjoyed the game despite my own misgivings about the violence because of how controlled the whole experience was. To appreciate Stasis is to appreciate craft, craft in level design, horror narrative, and disturbing imagery. For all those reasons and more, Stasis is worth looking into.