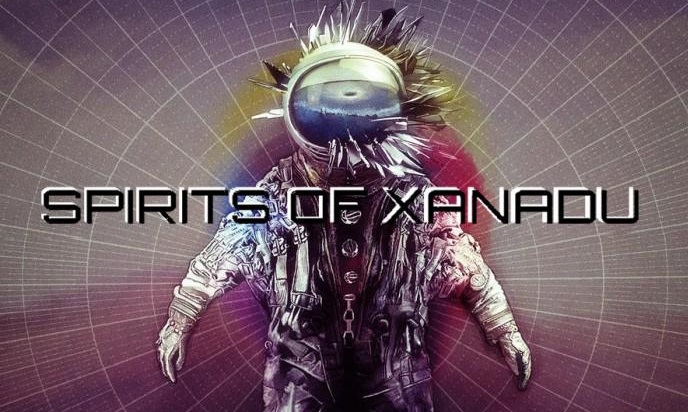 Spirits of Xanadu at first is an easy game to glance over. It is an unassuming minimalist indie sci-fi horror game, interestingly enough published by Night Dive Studios, who are best known for preservation of games such as System Shock 2 and I Have No Mouth, and I Must Scream. Developed by Allen Trivette and Lee Williams, the two manage to create an absorbing experience, though not one without some noticeable flaws.

Set aboard the namesake vessel, Spirits of Xanadu is a sci-fi horror story set in space. Taking place in an alt-version of the 1980s, the game’s visual style, while simple, adopts a low-fi aesthetic as seen in older science fiction films and a bit like the recently released Alien: Isolation. CRT monitors, analogue buttons, and blocky designs can all be expected from the Xanadu’s design, and it is a visual style I’d very much like to see more of (as long as it’s done well).

Once players begin their journey into the Xanadu, it’s immediate that things have gone awry; the ship’s droids and security system has become indiscriminate, and sinister markings allude to the ship’s inhabitants succumbing to an insanity inducing alien virus – or something to that effect. Spread about the Xanadu are notes from the ship’s captain and the crew describing their experiences dealing with the effects of the alien influence. This is where Xanadu’s narrative truly shines. Well-written notes and audio logs with quality voice acting slowly paint a picture of the events that occurred before the protagonist arrived, and the writers of Xanadu managed to flesh out these characters fairly well within a short span of time. I don’t want to go too deep into the story or what players will uncover, because Spirits of Xanadu is first and foremost a narrative driven experience, but it’s a nice little story that demands more than one playthrough to achieve its different endings. Endings that I might add are fairly compelling in their brief but resonant finales. 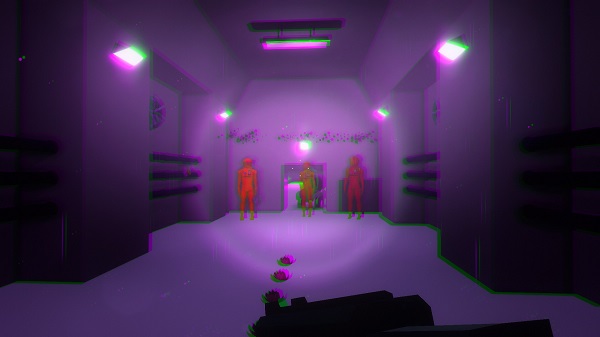 Spirits of Xanadu is filled with its own clever surprises, but you will often encounter mildly unoriginal themes derived from notable works in the sci-fi and horror genre and a handful of other references – some references actually hurting the overall experience, but more on that later. The protagonist of Spirits of Xanadu is a nameless technician sent to the ship to discover why communication was lost and to repair any damages. This in itself is a long-standing trope and is sure to be familiar to many. Although, unlike many other games that use this trope, the player is not handheld through the process, making you feel more involved with the tasks. While the protagonist is silent, in-game options allow for gender settings, which is kinda neat even though the protagonist’s gender simply amounts to what his or her grunts sound like when taking damage.

Xanadu features a combat system, but it is fairly simple and maybe even unnecessary. You obtain three guns throughout the game to combat the ship’s defense systems – some of which feel out of place for the setting. Luckily there are three variable difficulty settings and a fourth “peaceful” setting that removes combat entirely. While some of the horror is lost without the enemy encounters, it seems more fitting for the narrative. 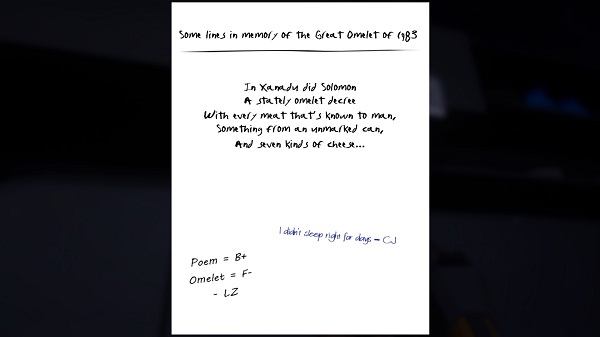 Exploration of the Xanadu vessel is very much unassisted. Players are dropped into the ship and left to explore and solve puzzles in a non-linear fashion, only receiving vague guidance by the occasional security alert dictating which section of the ship has something needing attention. You’ll probably get lost a few times, as I did, but this type of unassisted gameplay is something you don’t see often today, and it compliments the game’s helpless tone.

To go back to the game’s references and nods to popular media, Spirits of Xanadu occasionally trips over itself with what I’m sure was one of its two developers, perhaps even both, wanting to insert a fun joke into an otherwise somber situation. While this is fine and dandy, with the references themselves being humorous, I feel that there needed to be a little more restraint made to ensure that the jokes didn’t override the established mood. For example, there’s one room in the game that’s sort of a joke room with an option to disable some of the ship’s security measures. This room is located in an important area, suggesting that it’s not a bonus room, but something essential for progression; it’s frustrating and could have easily been designed in a way that wouldn’t detract from the rest of the game.

Oh, and the security code for this room is a four-digit number that elicits a “heh” from those of us that remember what Elementary School was like.

Spirits of Xanadu is a game I knew nothing of until I decided to give it a look because I was sent a copy, and I’m glad that I gave it a chance. It’s an impressive first title from the two-man team that designed it, and it hits a lot of right marks in its storytelling. I hope to see more from these two.