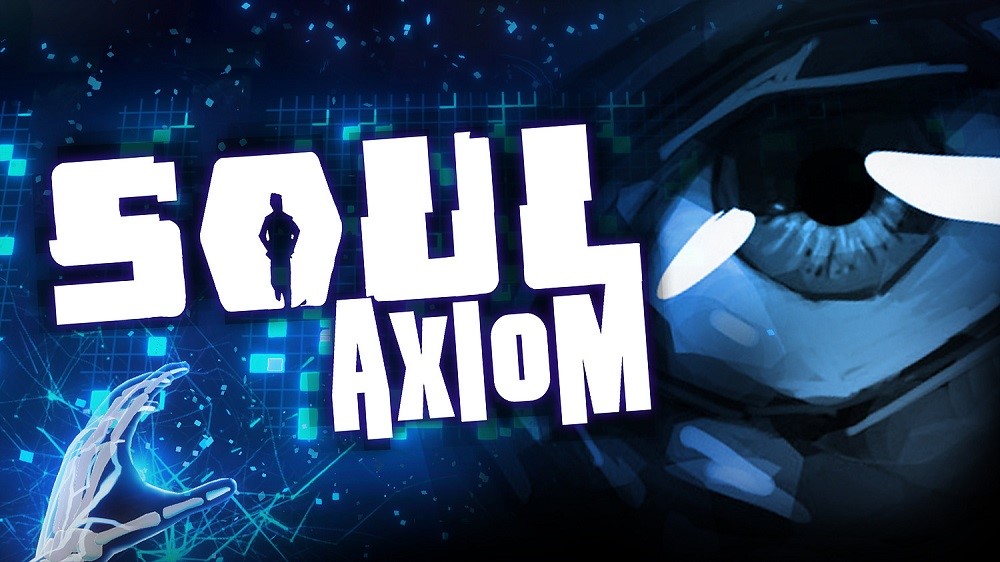 Wales Interactive officially released their second game, Soul Axiom, on February 29 after a stint on Steam Early Access, kicking the first week of sales off with a 30% discount and 10% off DLC to accompany the game. It’s encouraging to see an independent developer with DLC ready to go on release day; hopefully that bodes well for file updates to the game itself, as there are some technical issues that interrupt enjoyment of the game. Overall, though, the story is intriguing, and the technical problems don’t render the game unenjoyable, just less so. Coming from a relatively new indie developer, Soul Axiom is a great product – there is a reason it was nominated for multiple awards before its release. This game does not rehash the same old story and play styles that gamers are used to seeing churned out by major labels, nor does it give us a new spin on Slender or Silent Hill, which earns Soul Axiom a place in any indie player’s library.

Players explore soul storage server Elysia as an unidentified character, tracking down memories from people important to the development and marketing in the early days of the server, slowly working to correct file corruption in these memories to discover the mystery of why they are seemingly trapped alone in this massive digital realm. The game is foremost a puzzle game, though you will battle, encounter enemies, and inhale your drink during unexpected jump scares. Though the majority of the game is exploring expansive worlds for storyline clues and the path forward, Soul Axiom offers something for everyone. Fans of the slowly devolving sinister atmosphere and puzzle/platforming blend in American McGee’s Alice: Madness Returns will enjoy the build of Soul Axiom. 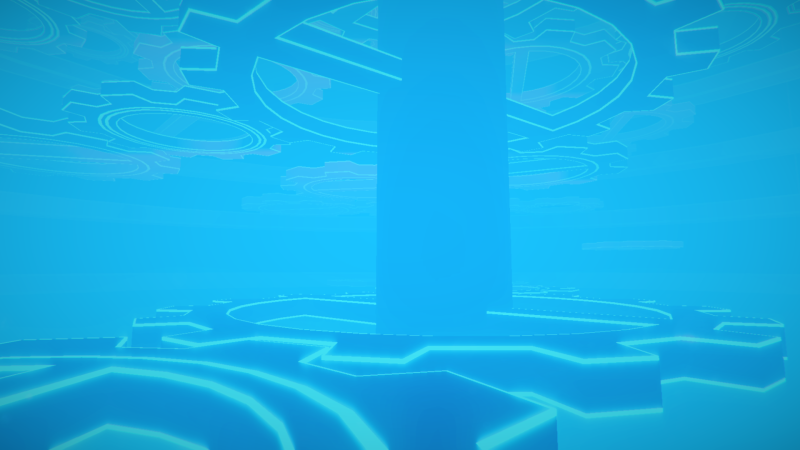 The gameplay concept is interesting: Because you are moving through a digital world, you can change the way that world appears to you with data-manipulating powers you acquire throughout the game. While some of the uses of these powers are thoroughly recycled through the course of the game- you will often use object dissolving to access air vents- their uses in solving puzzles are kept fresh through the end. Knowing exactly how to work a puzzle on your first encounter is not commonly informed by the puzzles that came before, and some puzzles don’t involve using your powers at all. Hints are left in the vicinity of puzzle games, and a pulsing glow to objects informs the player when an item can be manipulated, and with which power. The hints never feel obvious, allowing players to feel pleasantly stumped when trying to discover where to go next, or how to piece a puzzle together. At their best, the subtle hints allow players to feel like they’ve figured out a puzzle without hand-holding developers watching over them. At their worst, they can leave a player playing and abandoning the same level for hours as they search for a single overlooked object hidden in just the wrong lighting or position. The worst offender for this is the Military Base level, ironic since the developers manage to instill a violent aggravation while surrounding the player with reminders of war and destruction. 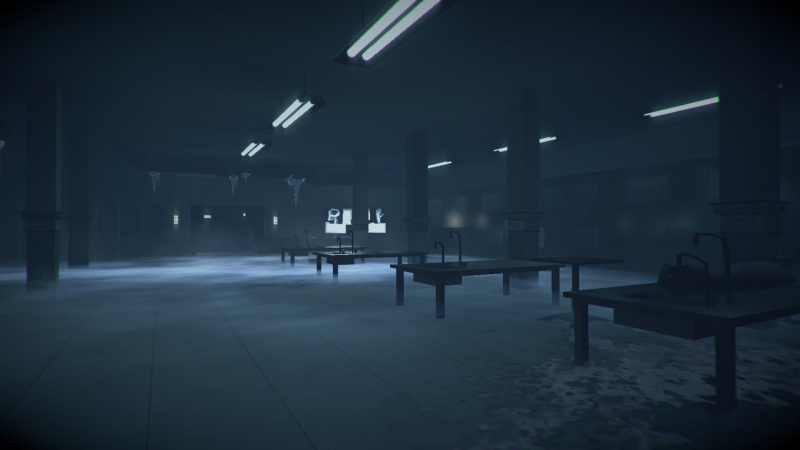 Soul Axiom is worth playing through to its conclusion, and the story is compelling enough to be interested in where Wales Interactive will takes its future spawn. That said, even great games can be left unfinished by players when technical issues make levels nearly impossible to complete. In the aforementioned Military Base of Homicidal Intent, developers installed patrolling hoverbots capable of sonic speeds in a room you are expected to traverse.  This room is not beat by analyzing the pattern, it is more about luck and speed, as controlling the directional movement of your character becomes exceptionally difficult when sprinting. Strafing is highly recommended in this room and its friend, the space station laser tripwire maze. At other times, the mapping between the graphics and the physical space of an item or wall are off, creating issues with grabbing an item halfway down the wall from where it appears, or getting stuck in the environment at inconvenient times. 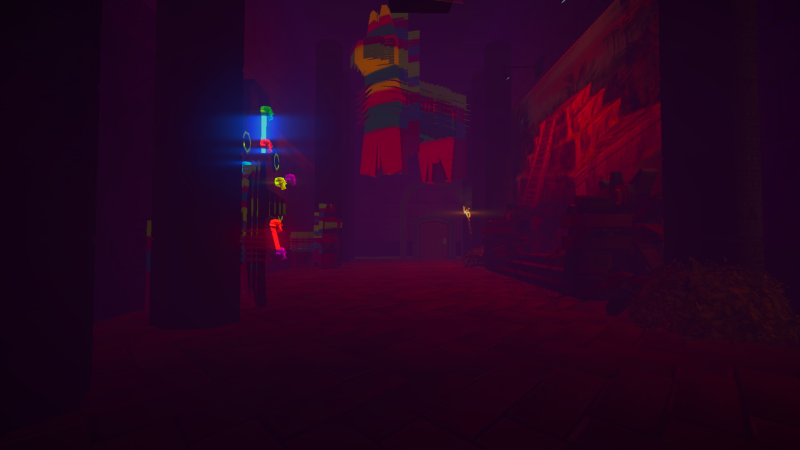 This same issue plagues items that are meant to be manipulated, such as a scenario where a battery that is meant to be shot will only react to a very specific position, bringing to mind Destructoid’s phrase “pixel hunting.” Similarly, “playable” objects that you move to new positions and pause commonly have very narrow areas at which you must aim in order for them to accept your command. Sometimes, they won’t move at a critical time to protect an object you’re escorting. Other times, you may lose your grasp on the object and watch it reset to its very first position, potentially putting you back at square one in a puzzle for reasons having nothing to do with your ability to aim or prowess with solving the puzzle. The game does have some built-in accommodation for this in the form of lowered movement-based puzzle difficulty after multiple failures. This was much appreciated in a manor level, where the item I needed to escort consistently lost connection to my commands. By the middle of the game, the player learns to factor in the lag on their commands, which considerably helps timing issues. Developers need to quickly assess what they can do about the amount of lag in items responding to commands, and to dropped commands; I would commonly press my mouse buttons two or three times without a response from the character, leading to more deaths and reset puzzles than I should reasonably have experienced. To make sure that the problems were not related to using iMac equipment, I used a wired mouse and keyboard as well, and the issue persisted. 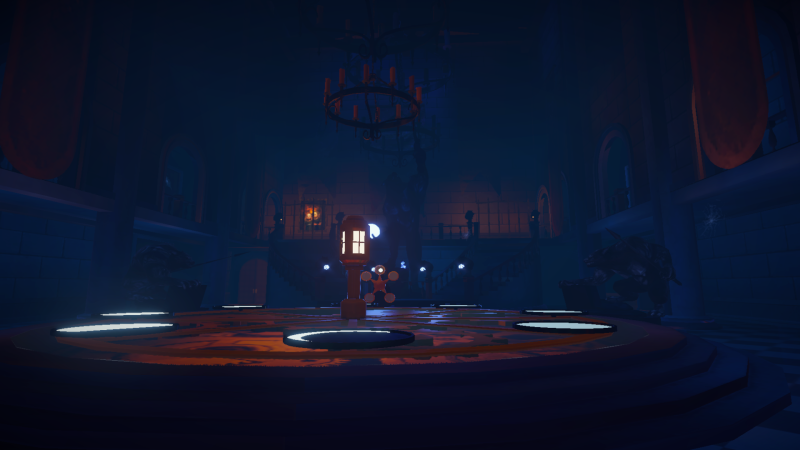 The voice acting has been routinely slammed in other reviews, but I did not find it particularly lacking. While no one will be winning awards for their voice acting in Soul Axiom, I don’t think that a lack of American accents is an automatic reason to assume there is no nuance in the acting. Players return after gaining their final power and repair file corruption to access the memories they saw at the conclusion of each level, and in almost every case, the non-commital voice acting in the beginning of the memory is meant to mislead the player’s assumptions about what has occurred in the story. After the first memory is repaired, this becomes obvious, and creates the drive needed for a player to stick with the game in repeated levels. The story changes drastically halfway through the game, and slowly reveals a series of events that give the player a sinking feeling that they know where this is going. The final battle and cutscene manage to throw in one last curveball, though, and hint at a chance for the character to rectify the situation in the next game. The ending also leaves no question whatsoever- there will be a next game. Play through all of the possible endings (you don’t restart the game to do this) to get a feel for what we may encounter in the future, and to see the female characters finally leave the trope positions of weak eyecandy and bitter shrew, where they spend 80% of the storyline. 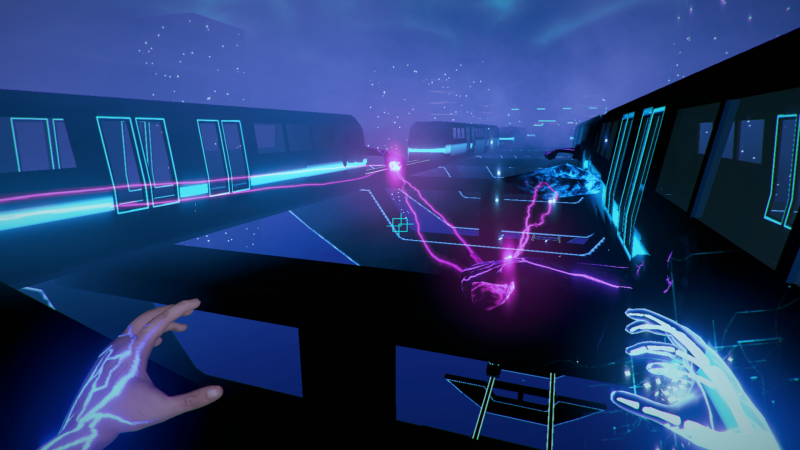 There are graphics settings which will lower visual lag, and advanced graphic settings that allow a player to choose from preset low-medium-high qualities. On the later levels (Tier 3/Forest), navigating tricky item commands is improved with low advanced graphic settings. Most controls can be fully remapped, and the game seems to work equally with both wired and bluetooth peripheral equipment. Taking screenshots with the Steam UI during cutscenes or battles can occasionally cause the game to freeze for several seconds, but it is self-resolving. 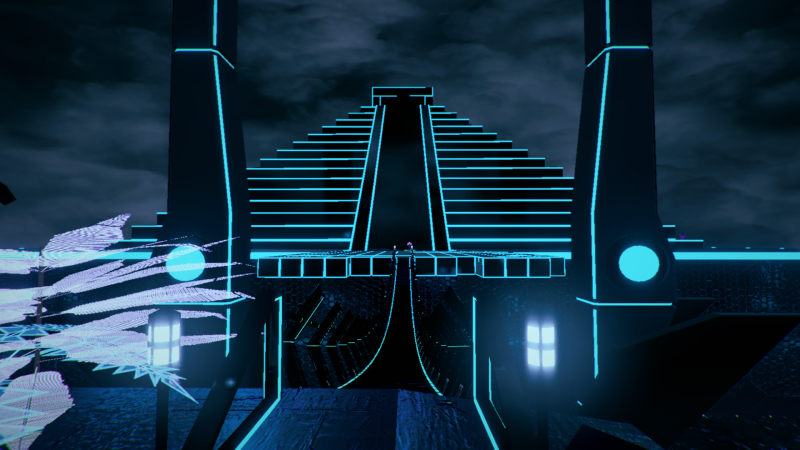 Overall, the game is worth its full purchase price. I enjoyed the storyline and the concept of the gameplay. If the developers release updates that fix some of the technical issues that make the game frustrating, the score will be changed to reflect the improvements. This game should have been an 8 – a great accomplishment for an independent developer. Due to the issues with lag and dropped or missing reactions to player commands, I cannot rate it above a 7 for now. I am still excited to experience the DLC and see what Wales does next; I can’t fault growing pains in the second game from an indie team. I think experience and growth will be very kind to Wales Interactive, and I will be following their progress on future endeavors.