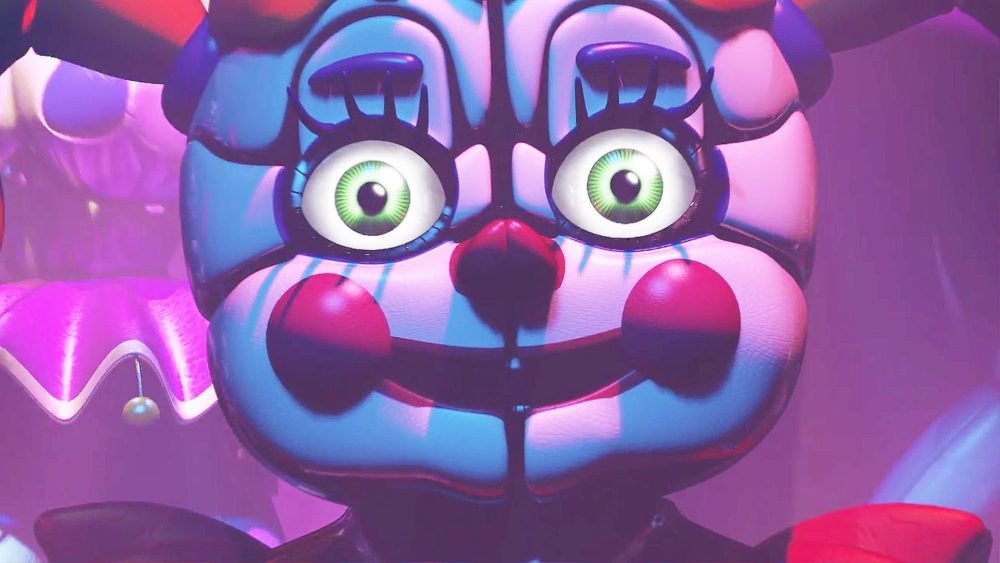 Can you believe that Five Nights at Freddy’s has only been around for two years? In its short time it has sold thousands of games across multiple platforms, spawned children’s toys, a lousy RPG spinoff, a New York Times Bestselling tie-in book, an upcoming feature film, oh, and of course, FIVE games. In two years!

The fourth installment of Scott Cawthon’s runaway hit series was originally titled The Final Chapter but, as we know with horror franchises, that never means a whole helluva lot. So now we have number five: Sister Location, which is easily the most polished FNAF game yet. It’s not going to change any opinions on the series, however. This game is made for cheap jump scares and nothing else, and it still excels at that.

Here you play a new employee of a Fazbear Entertainment sister location called Circus Baby’s Rentals and Entertainment, which features new horrifying animatronics to watch out for, including the titular Circus Baby and a ballerina named Ballora. There are new versions of some of the famed Freddy Fazbear animatronics as well, all of which are more than capable of shrieking and jumping out at your face. 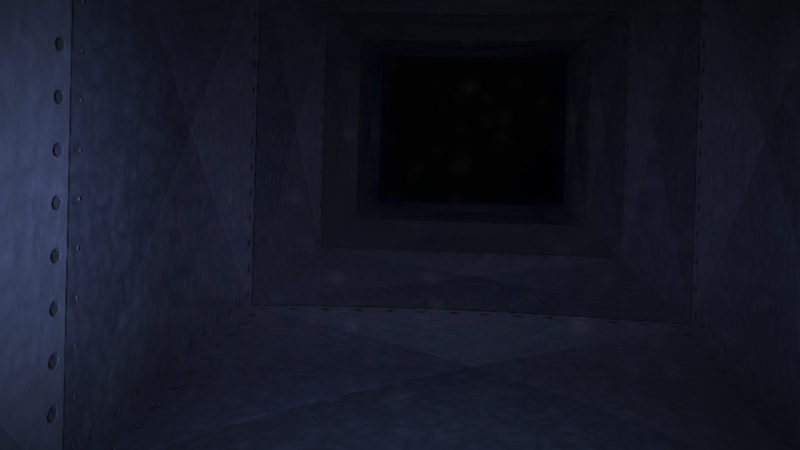 Each FNAF game has added a new gimmick, and this one is motion. Previous games have you confined to a chair or inside a costume, allowing you only to look around at the world in front of you or gaze at a security camera while only wishing you could run for your life. Sister Location has new sections that allow you to crawl through rooms while trying to avoid killer animatronics, which adds some much-needed variety.

As soon as you start this job, you might wonder what went wrong in your life. Things are constantly on the fritz, and the animatronics are never where they’re supposed to be; in order to travel from one location to the other, you have to crawl through a damn air vent. If you have to venture into a room, you’ll have to crawl through that as well, using your eyes and ears to make sure that whatever animatronic resides there doesn’t notice and immediately slaughters you.

But it’s amusing that the first game that allows for movement is possibly the most rigid in its structure. Rather than surviving five increasingly dangerous nights, here you have different missions to complete, and you have to do each and every one to finish the game. There are new challenges to face every time you start your shift but never fear – you’ll have someone telling you exactly what to do. But that’s the problem with Sister Location: you never do something in this game without being told to do it. For example, you’re physically unable to hit switches to turn on lights or shock the automatons into submission unless you are told to do so. This leads to a game that features way more hand-holding than you’d like for a horror title. 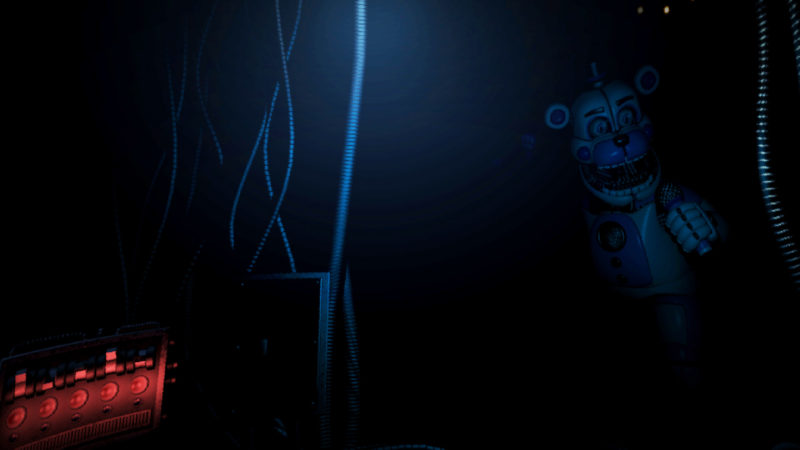 There’s also the case for the story, which features more voiceover narration than probably all the last games combined. No one has ever played FNAF title for its story, but this one at least attempts to do a little something with it, even if the plot is just as muddled as ever.

People play the FNAF games to be shocked and scared and to scream for the benefit of YouTube videos, and this delivers on that note. The jump scares are almost always effective, and there are a few sequences that place you in very uncomfortable positions, sometimes literally face-to-face with these creatures. But when death can mean being reset to a section of the night that features lots of laborious crawling to return to where you failed, the game can be more frustrating than scary after a while.

Sister Location can be completed in under two hours, but there is a super secret section that you’ll want to find. (Hint: try your best at that minigame…) 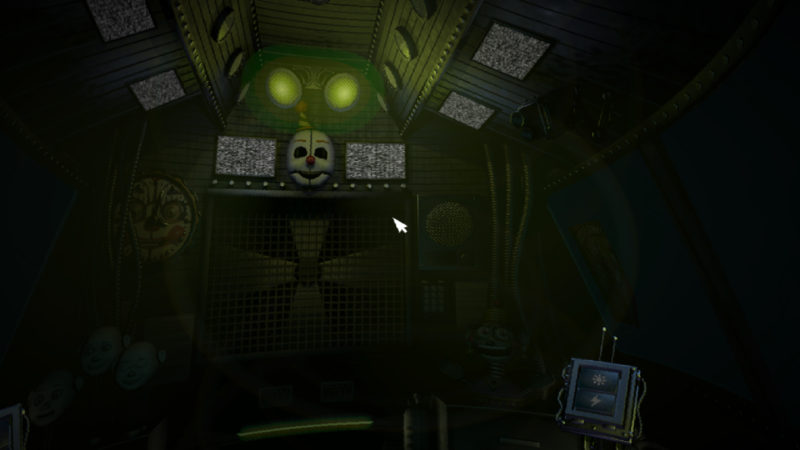 Five Nights at Freddy’s: Sister Location offers a decent amount of heart-racing jolts for your eight bucks, but anyone who never saw the appeal of the series will still want to stay away. Franchise fans will appreciate the longer development and polish on this one, but perhaps it’s time for FNAF to change up things much more drastically for its inevitable return.