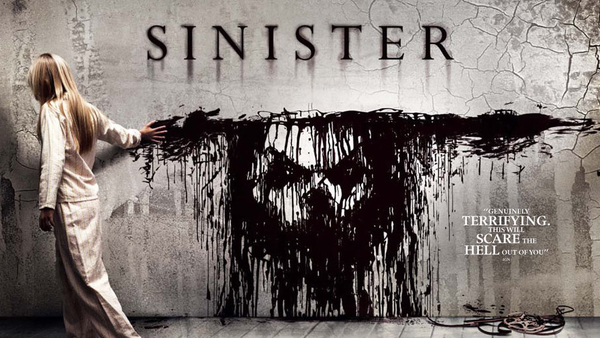 After the success of the Paranormal Activity franchise and last year’s Insidious, director and writer Scott Derrickson and producer Jason Blum (producer of Paranormal Activity 1-4 and Insidious) hopes to follow the trend with this new haunted house movie blended with some found footage goodness, the result is another strong entry for the horror genre. Sinister met most of my expectations and I am quite pleased with what they came up with. 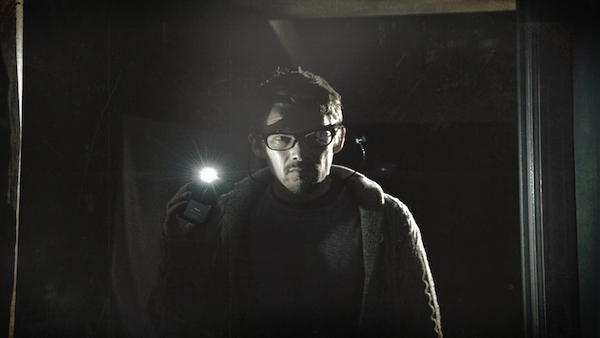 In the film, actor Ethan Hawke stars as true-crime novelist Ellison Oswalt, writer of the famous book “Kentucky Blood“. A decade later, the famed writer is yet to have another hit book and he will stop at nothing until he creates his new best seller. Desperate for this burning desire, he hears about a crime on a small town where a family was hanged from a tree in their own backyard, for Ellison, this is it, his one last opportunity to prove himself. Unbeknownst to his wife, their family is moving in to the actual murder house where the family, except for their youngest daughter who‘s still missing, was hanged and killed. 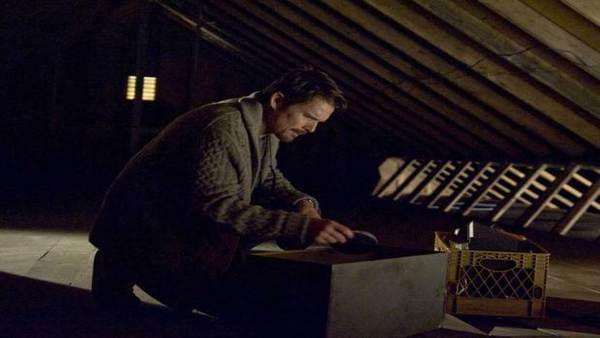 The story kicks into high gear when Ellison finds a mysterious box on the attic of their new home. The box contains a projector and several Super 8 film reels. These films, labelled innocently as family home videos, ranges from the 60’s to the present decade and to his curiosity, Ellison decides to view the films. What he found was something more horrifying than what he expected, the films depict murders of different families presented in the view of the killer. To his horror, he finds a dark figure who seems to be staring back at him in one of the films. Who made these films? Why did they leave the footage in the house? Ellison’s quest to solve this murders, as well as writing his new best-seller begins. 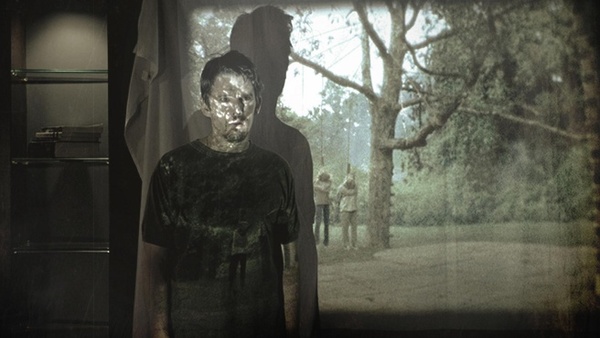 Sinister’s strength is the solid and complex story-telling. The film follows a certain direction is never lost into what its trying to tell. It is a slow-burn horror and rarely relies on shock value to scare its audience. Yes, it is guilty from using very loud sound cues to scare the audience in some instances but its very far and few, and are actually meant for some comic relief. The film relies on gruesome and disturbing imagery and keeps the viewers engaged while almost forcing them think as well. The found footage films presented in the Super 8 films are specifically jarring and I found myself emotionally exhausted after having viewed a couple of them. Complemented with an excellent score, these were very effective in giving the viewers a sense of dread and it is very creepy in a “gets under your skin” kind of way. 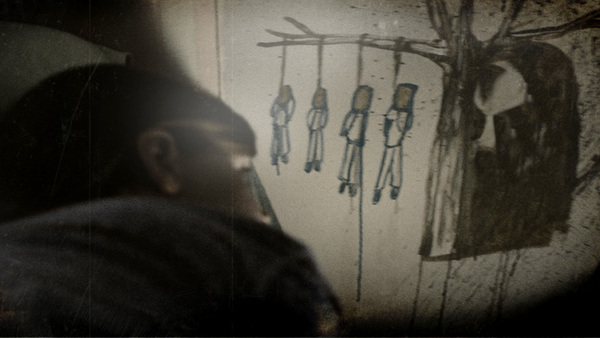 Now the main complaint I have with the movie is that it is not THAT scary as I expected it to be. It reminded me of how Insidious was genuinely scary but didn’t really have a convincing and coherent plot, and Sinister is the exact opposite of that. I felt there were lots of missed opportunity here and there; that something unique could’ve happened to shake the audience, but in the end it only kept me wanting more, and unfortunately I never got what I wanted. The ending was underwhelming although I give them props for trying to be somewhat unique, but they could’ve played more with the ending. I’m not sure if the writers were trying to be different or trying to avoid clichés, but the end result is something in between, it is a little bit different but quite clichéd as well.

Setting its flaws aside, Sinister is another refreshing entry to the horror genre. Its excellent story-telling coupled with Ethan Hawke’s solid acting is what makes this movie. Horror fans that enjoy a good horror film with an actual convincing plot should definitely give this a watch and give themselves a break from the endless remakes and sequels.