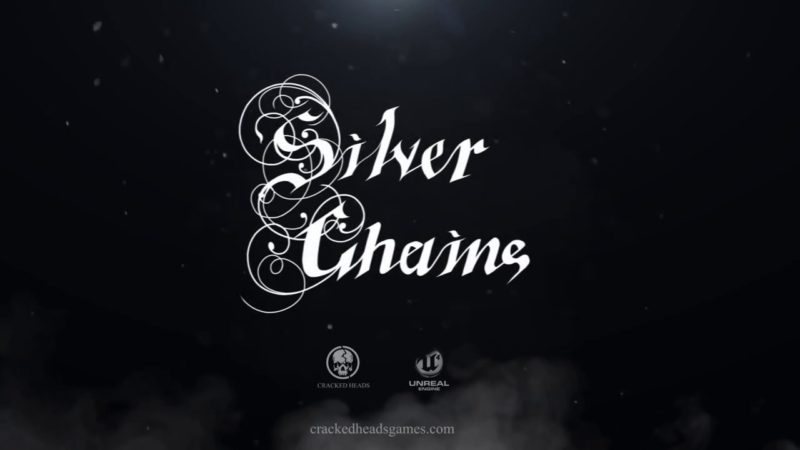 There’s both a lot — and simultaneously not much — to unpack about Silver Chains. The debut game from a new indie studio, Cracked Heads Games, Silver Chains follows a young man exploring the mansion he grew up in, in order to piece together his broken memories of childhood. You soon discover a house of horrors, beset by ghostly apparitions and a malevolent force pulling the strings, with your memories at the epicenter of whatever has cursed this place. Presented in what I’ll call a “haunted house sim” style (exploring a location with no means to protect yourself, interacting with puzzles), it’s pretty typical fare. Sadly, that’s more or less the running theme of Silver Chains — typical.

To start with a bit of positivity, the game has excellent presentation. Despite a clearly limited budget, the mansion feels richly detailed and the lighting does wonders for bringing this graveyard to life. The initial impact of exploration is heightened by some pretty good sound design as well, although music has a habit of abruptly cutting in and out. Puzzles also stand out as generally being a highlight of the experience, feeling somewhat reminiscent of childhood favorites like The House and other classic flash hidden-horror games. Aside from one that I actually got stuck on (big shout out to Alex from their PR team for giving me the tip), I generally found them to be fun to pick apart, classic feeling “find the thing” type brain teasers. However, there is a bit of a conflict between some puzzles straight up just giving you the answer in boldfaced letters, and others being remarkably obtuse (like the one I needed help with — which wasn’t even a puzzle, just a hard to find button prompt). One, in particular, that I liked involved being given the code to a lock and having to use a context clue on how to use that code. It wasn’t obvious to me at first, and then the thrill of going “ohhh” when I figured it out was right on the money. There’s also a sort of Detective-Mode type thing that is used surprisingly little, which is a shame. The real shame, unfortunately, is basically everything else about Silver Chains.

I’d be curious to know the ages of the four-person team that make up the development side of Cracked Heads Games because they seem very young indeed based on their inspirations. Silver Chains‘ story and schtick is a mix of typical horror cliches and endless references to other things; I’m being a bit charitable with the word references. I constantly found things that made me groan with just how obvious of a send-up it was – to how obvious of a rip-off it was. Cracked Heads’ sad attempt at having their own Halo of the Sun (Silent Hill) by using generic alchemic symbols as glowing red sacrificial glyphs made me sigh. The main threat, Mother, looking basically identical to Mama from the film MAMA made me sit in stunned silence. The Resident Evil shoutouts ranged from literally playing Moonlight Sonata and telling me about how I must’ve “opened a door in a different world” to “this game literally looks exactly like Resident Evil 7.” It all made me cringe. I’d forgive that last part based on how generally all abandoned old mansions look more or less the same in these things, but the loading screen is the smoking gun. It’s just so damned obvious and not drawing from a particularly deep well. Sure, lots of other media have shout outs to genre stars and RE7, in particular, has some pretty big ones in fact, but it plays them off like jokes, not centerpieces to an otherwise super serious experience. 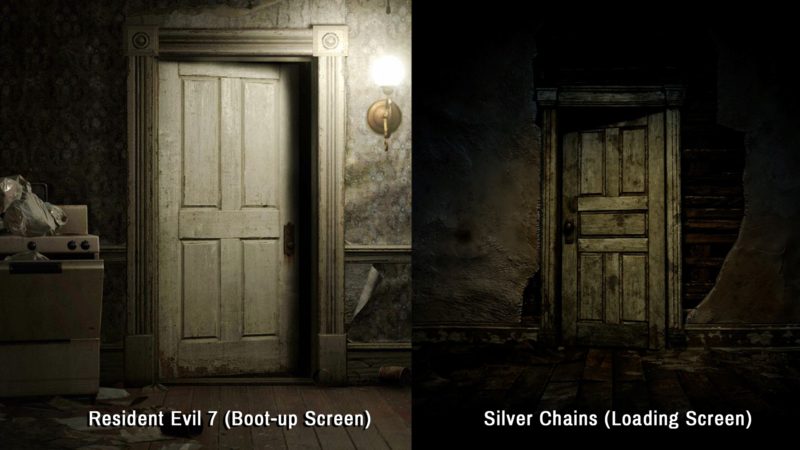 I mentioned the story, which is perhaps an even greater sin. You’ve played this game before, or watched this movie before, or just generally experienced this story a thousand and one times before. From spooky 19th-century ghost children bouncing balls across the hallway to a haunted slappy doll talking to you through a Ouija board — the cliches are endless. It’s depressing honestly because you keep feeling like maybe it’s all a rouse for something more interesting, but it’s not. It’s really not. A small twist midway through made me hopeful — but all it did was change the context ever so slightly. Jumpscares are as predictable as they are frequent, and they’re mostly just startling and loud. There also seems to be some miscommunication about context with these scares, as jumpscares frequently appear with a stuttering digital camera effect. Unless my math is off, this game is at best taking place in about 1918-1925. Why does it do this? Is the idea that the computer in which the game is being played on is itself haunted? Because if so, swing and a miss. On top of all of this, I’m left completely perplexed by the title, Silver Chains. I, honest to goodness, have no idea what the title has to do with the game itself. There are no chains, and if they’re meant to be metaphorical, I don’t know why they would be silver specifically.

Silver Chains isn’t terribly long and can be completed in a single sitting (about 4-5 hours give or take), which is sort of a plus but ends up cutting the fun shorter thanks to some poor decision making. The game begins to unravel by the last hour or so, forcing a last-minute fetch quest through a handful of rooms that were previously inaccessible. At a loss for anything to do, it pads out about half an hour just going through areas you’ve already explored but with the twist that it’s doing that “repeating hallway” thing now. The final few minutes are straight-up awful. The music evaporates to make room for a dead-silent encounter with an entity that is pathetically easy. Save for the entity’s footsteps clumping behind you (which sounds hilarious), you’re left just running in circles despite what I’m sure was intended to be a terrifying Condemned style finale. By the time the credits rolled, I was so ready to be done with Silver Chains and never look its general direction again. 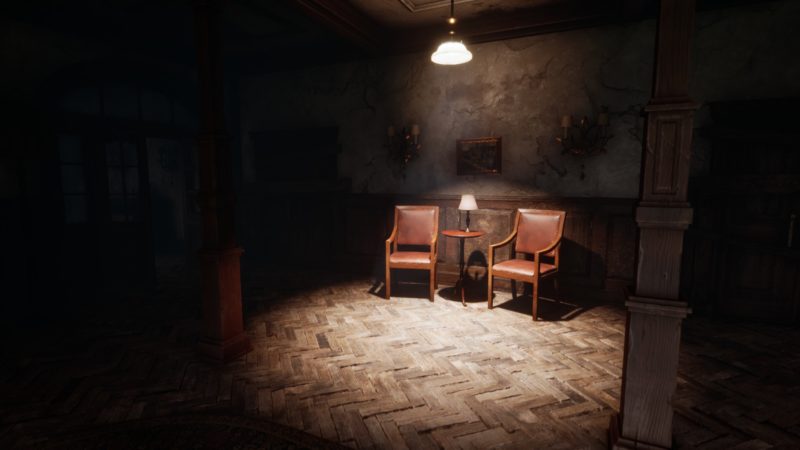 I really do feel like there’s something here, something this team can improve on in future. Not every first outing is going to be a door-buster, and I’m hoping that Silver Chains’ failings can be a solid learning experience. What Cracked Heads did well here they did very well in my opinion, and changing up the cliches for something a bit more inspired and ditching the… inspirations all together would be a great start. I look forward to their work in the future. Of course, I’m sure that Silver Chains will probably be a big hit in the YouTuber screamer crowd; it follows all the staples that usually gets these sorts of things highlighted by Markiplier and his ilk. I’m also sure that, for a casual crowd, this is probably a pretty scary experience. If you’d call yourself a fan of Slender: The Arrival or Layers of Fear (another game that gets a pretty blatant nod), this is probably your exact cup of tea. If you’re more seasoned with horror, however, I’d recommend avoiding it. It’s just another by the numbers indie-horror-game-on-Steam.

Steam code provided by the publisher for review.