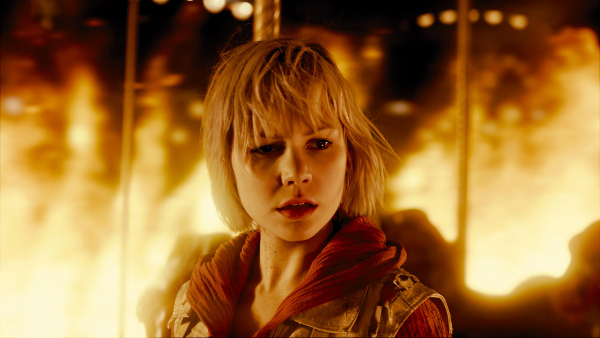 Six years have passed since Christoph Gans released his Silent Hill adaptation, one which I was actually quite fond of. Yes, its plot deviated from Silent Hill 1, the game which it was based on, but it was overall a well put together film with beautiful cinematography. The Silent Hill film, to me, was what videogame films should strive to be. It was flawed, yes, but still something worth watching. Now I’m faced with Silent Hill Revelation 3D, a sequel to that flawed but promising film that was Silent Hill. Does it also transcend what has become to be expected from videogame films? Sadly, it does not. It revels in it.

Silent Hill Revelations 3D follows the story of Sharon DeSilva (Adalaide Clemens) and father Christopher DeSilva (Sean Bean) several years after the first film. Taking on new names to avoid being found by the forces of Silent Hill and the police, Sharon becomes Heather and Christopher becomes Harry. The film opens much like the game: Heather dreams of being in the Otherworld and awakes upon her death. A premonition of the places she will soon be drawn to.

In order to connect the first film to Revelation, a plot device is born: The Seal of Metatron. At the end of Silent Hill, Rose (Radha Mitchell) and Sharon are stuck within the fog world, with Christopher only somewhat aware of their presence. In a flashback scene featuring Radha’s brief screentime, Rose tell Christopher that she has found a way to send Sharon back to the real world. I think that this connection works, despite no mention of splitting Sharon from Alessa once more.

Along with what I feel was a shallow explanation, the scene also did not work because both Sean Bean and Radha Mitchel somehow didn’t perform to the best of their ability. The scene feels incredibly forced, over dramatic, and just wrong. Both of these actors are good at their craft, but somehow their performance seems unreal, and not in the good way. Sadly, this is not the only instance of such poor performance from those who I have seen perform better in other films. 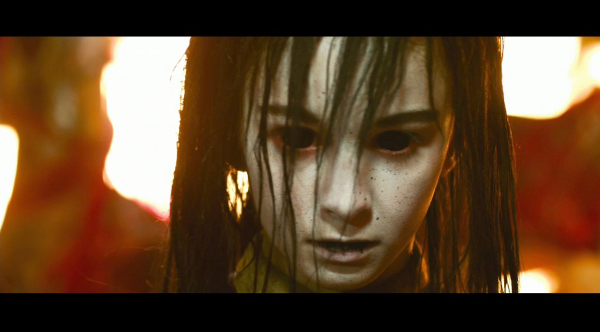 Once again, Alessa (Erin Pitt) is the source of the town’s nightmarish form. Heather is told to never go there, regardless of what happens, but she does anyway. For her to destroy Alessa would be allowing The Order of Valtiel to summon their god…Valtiel. The issue with this is that once Heather actually deals with Alessa (which happens incredibly quick although a cool scene pulled straight from the game), the antagonist role goes back to The Order but is quickly quelled as the film is about to finish. It felt incredibly anticlimactic.

I want to avoid spoilers as much as possible, but the end of Silent Hill Revelation 3D marks one of the biggest disappointments I had in the film. It was almost insulting and confirms every fear that I have regarding videogame films. A Freddy V.S. Jason-esque battle occurs at the climax of the film. To put it bluntly, it was horrible.

Silent Hill Revelation 3D suffers immensely from rushed pacing and melodramatic dialogue. It’s hard to pinpoint which is the true culprit, because the film does not succeed at creating a believable sense of genre to the viewer. I knew that what the characters were saying was important and critical to the plot, but the way things were delivered came off as almost satirical. There were numerous scenes that were supposed to be big, dramatic “revelations” but simply came across as funny. On several occasions quite a few people in the theater awkwardly laughed at something said in the film. For example, there is one scene where one character confesses a truth that we all could see coming. I did not have to have played the game to realize that this character was hiding something. It was blatantly obvious due to the character’s transparent actions and dialogue.

Would the actor’s performances have more believability if the movie didn’t rush from scene to scene? I think so. The film moves from one location to the other without ever establishing the scene enough that I felt like I was taking in the environment just as Heather was. Heather finds a room, something happens, she moves to the next. Rinse and repeat. Even the fog world, the streets of Silent Hill, are given mere minutes of screentime when she arrives to the town of Silent Hill. The film felt more like a videogame, in the sense of “levels”, than the actual game does. Perhaps, it’s the realm of disbelief not being appropriately placed on the viewer, or at least me when I watched the film. 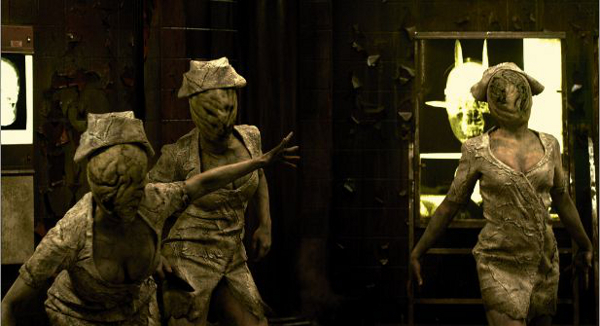 Environments that we do have some time to look at, have an appropriate level of detail. The film interestingly brings the Otherworld to places that we’ve never seen before. Taking a creative liberty to have aspects of the Otherworld leak into Heather’s own perception of her non-Silent Hill surroundings, we’re given different although, interesting interpretation of the Otherworld. During scenes like this, people and things slightly change but only to Heather. Some of it is goofy and a little too Cliver Barker-much like one of the film’s monsters—but I enjoyed it enough. 3D gave some nice depth to school scene, shown in the trailers, and was surprisingly tame—not too many things flying out of the screen.

Bringing back characters from the first film is commendable, but not when their presence feels incredibly unimportant. Even the antagonist, Claudia Wolf (Carrie-Anne Moss) gets about 2 solid minutes of screentime. Claudia, Dahlia (Deborah Kara Unger), Leonard (Malcolm McDowell), and Douglas (Martin Donovan) hardly get the screentime they deserve for the audience to even care about them. Much like their amount of time on screen, everything about the film seems rushed. It’s a series of locations with hardly any substance gluing them together.

Heather, as a character, is one of my favorites in the series. Starting as someone terrified by the nightmare around her, Heather slowly gains more courage and strength as time goes on. There are just mere glimpses of this in her film portrayal. Adelaide Clemens looks and sounds the part, but the pacing of the film, the way it puts its scenes together, doesn’t allow for her character to show any meaningful character growth. One minute she may be terrified and the next she’s putting a gun in someone’s face. There’s no build up. There’s no development. There’s just one scene after the next. The film goes by too fast for any development from the characters. Vincent, played by Kit Harington, needed time for his character to be expressed naturally. Instead, his and Adelaide’s scenes together become laughable; there’s just a general lack of pathos. 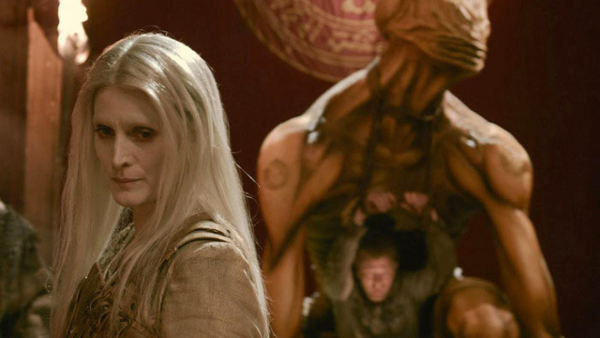 After watching Deathwatch, I had so much faith in Michael J. Bassett as a director of a slow paced, psychological horror film with a limited budget. Deathwatch itself is very Silent Hill. But there is none of that tension in Revelation. It feels tainted by the most recent Resident Evil movies and their emphasis on flash over substance. But Silent Hill doesn’t translate into a flashy film like Resident Evil does; it’s meant to be slow and filled with building tension and emotion. Revelation ends up being a slightly better movie adaptation of a Silent Hill game but worse of a film, than 2006’s Silent Hill. My views of the film were lifted due to it being more true to the source material, but that wasn’t enough.

This is a film that shares too much with its high budget, action-oriented cousin, the Resident Evil films. It expects the same results but with a clearly limited budget; a small budget that was not utilized to enhance all of the other facets of the film. Deathwatch did utilize its limited budget in the way that I expected this film to.

Much unlike the first film, Silent Hill Revelation tries to cater to an audience that doesn’t care for good pacing. An audience that doesn’t want to see characters that have depth. An audience that needs two monsters fighting to the death instead of something that the they can relate to on an emotional level. I expect to feel something from a Silent Hill story, whether it be sadness, empathy for the situation, or contempt for a character. The only feeling that Revelation left me with was disappointment.