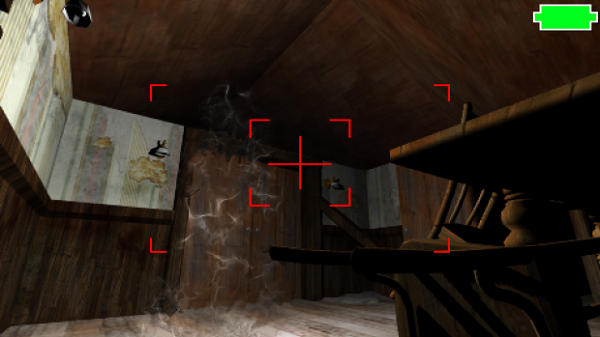 If I told you I have been playing a game in which you take pictures of ghosts, then most people would probably assume I am talking about the Fatal Frame franchise. Sadly, most entries in that series stay in Japan, so us Westerners don’t really get to play them all that often; that’s where Shutter comes in, an indie game developed by Cosmic Logic that offers similar gameplay, albeit at a significantly lower budget.

Calling Shutter a game doesn’t quite feel right, however. In many ways, it’s more of an interactive horror experience in which you have a small degree of control, but all you really do is move yourself from location to location. Instead of an actual character, you operate a small security drone that is used to secure a cabin that was recently vandalized. Your initial objective is to get a good shot of the culprits, yet as you enter the house, it quickly becomes obvious that something supernatural is going on, as doors slam shut, lights flicker, and your little bot is continuously haunted by ghostly entities that conveniently vanish just as you try to get a picture of them. 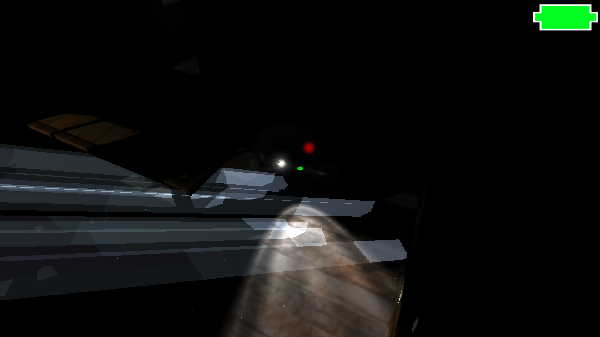 Inspired by the early days of the Resident Evil franchise, Shutter really manages to nail the “creepy house” vibe and uses several tricks from its inspiration to accomplish that. The fixed camera angles are obvious and contribute to driving some of the scares home, but besides that the game also utilizes a familiar and effective color palette while also bringing in some variety thanks to the different camera lenses you get to use. The quality of the graphics also felt somewhat late-90’s PSX era to me, and don’t take that as criticism, it’s actually rather appealing to the eye combined with the aforementioned colors.

Also reminiscent of Resident Evil are the controls, which are really well-implemented. I have often heard this particular style of controlling your character described as “tank-like” and in this game you actually control something that’s kind of like a small tank, so it’s surprisingly immersive. The drone is moved with WASD, but due to the fixed camera angles, what direction forward will send you towards depends entirely on where the lens is aimed at. 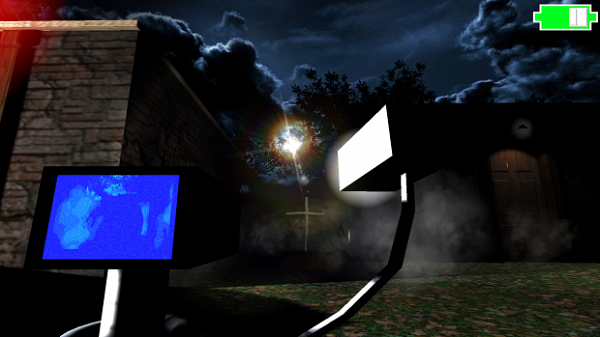 Like several other horror titles, the story is kept somewhat vague and is explored mostly through a series of letters left behind by a former tenant of the house, which chronicles her experiences that begin to mirror your own as you progress. The gameplay is deliberately kept rather simple: your operator will ask you to investigate something in the house, you go to the indicated location and try to take pictures of the supernatural phenomena that happen around you. You never really have to puzzle in order to figure out what to do, as the game tells you pretty clearly where to go and will lock you into a room until you’ve done all the objectives there, which are usually pretty obvious and hard to miss.

As said before, it’s not the most riveting kind of gameplay and taking the pictures isn’t really difficult or challenging. Instead, the mechanic serves mostly to set up the various scares, since you jump to a first-person view and zoom in a bit. There are some sparse moments in which you have to do something extra, such as when you need to find an item that teleports around the house, and these make the gameplay slightly more involved. Sadly, it doesn’t translate to “more fun” as well, since these moments tend to be a bit annoying, like when you need to photograph something that disappears and reappears constantly. It doesn’t really add much to the experience besides forcing you to stay in one place a bit longer because you need to retake the same shot a few times.

The only other part of the game I found outright jarring, however, were some of the visual issues, particularly the odd lighting effects and the way some textures don’t quite work as intended. The lighting effects are demonstrated somewhere above and below you can see a picture of the game’s first area; notice the perfect white rectangles used for the tutorial messages. That was the first imagery greeting me upon starting the game and it seemed so glaringly out-of-place compared to the rest of the game’s stellar environment-design. 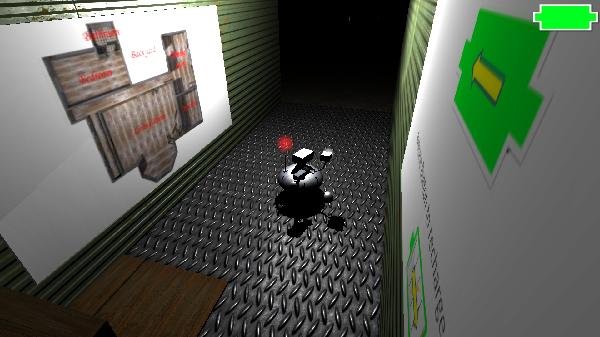 When it keeps its gameplay light, Shutter is a perfectly enjoyable story about a haunted cabin with a few fun mechanics and moments spread throughout. The game is pretty short, however, clocking in at about an hour when you include the epilogue chapter. Fortunately, you can pick the game up at itch.io for about $5, so its length is also reflected in the price. If you’re interested in the premise, then the issues I mentioned are negligible and you can safely purchase it or help the Greenlight campaign to succeed by voting for it.