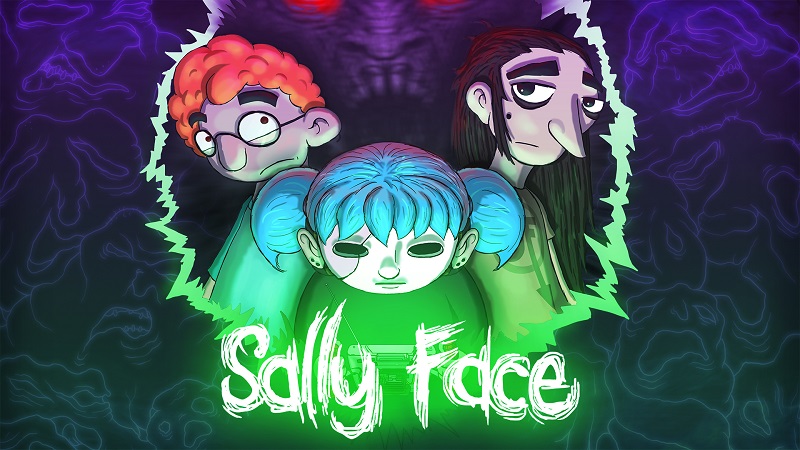 Sally Face is a game you may have heard of before. It started its journey with the release of its first episode back in 2016 on PC. Created by a solo indie developer named Steve Gabry during a dark time in his life, the game was an attempt at self-expression and getting through these times by having a creative outlet to share with the world. A few years later, in 2019, the final episode was released, after which Sally Face received a lot of critical acclaim and a enjoyed a cult following of sorts.

Fast-forward to January 2021. The full game has now released on the Nintendo Switch, including all five episodes, in an effort to reach a wider audience. Sally Face is the story of a boy named Sal who inherits the enigmatic nickname “Sally Face” after suffering an accident as a child, which left his face badly scarred. As a result, he chose to wear a mask as his “prosthetic.”

From the very start, the game thrusts you into some very strange and unsettling situations, like waking up in a hospital after having several nightmares and not knowing where you are. It should be noted that the game also jumps around in time very frequently, though it’s usually pretty apparent by the age and appearance of Sal. It can still be a little jarring as you progress through the overall narrative.

You’ll also notice right from the start that the game features a unique visual style that incorporates influences from several kinds of media including children’s cartoons from the 1990s to the present, Tim Burton films, and several other dark fairy tale elements. 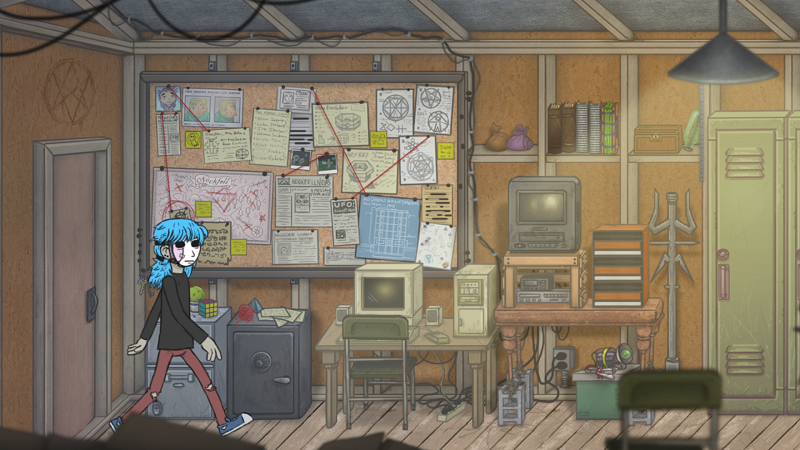 The gameplay itself plays like a simplified version of the point-and-click adventure formula, with a completely 2D aesthetic and only one plane of movement. There’s no cursor for you to move around and click objects, but merely on-screen prompts that indicate when you can interact with something important. Many hidden or optional objects will not show this prompt, since you’re supposed to be able to find them on your own, but most of the game consists of interaction with simple objects or conversations with people you meet. 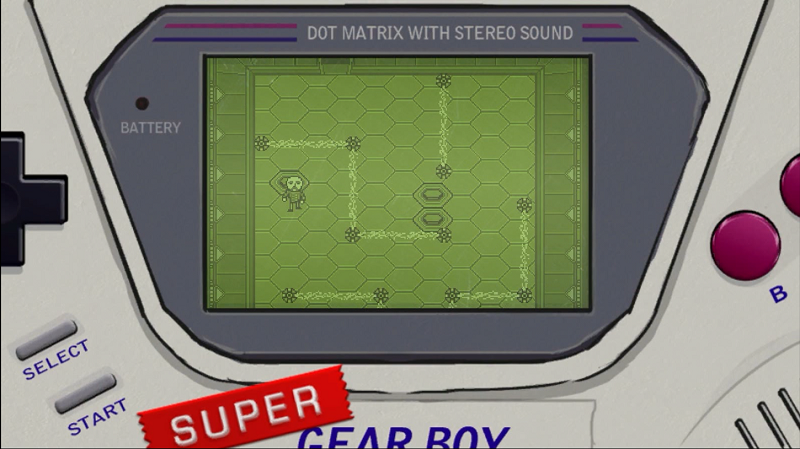 There’s a fun mechanic where you use Sal’s portable gaming device to interact with the spirit world (a concept fairly lifted from the Nintendo DS horror series Nanashi no Game) and unlock some fun, retro-inspired minigames that help you flesh out the backstory of the town and some of its inhabitants. These are a nice touch and don’t overstay their welcome.

I found some similarities in the gameplay, story, and aesthetic of the game to other titles released in the last 10 years or so, such as Fran Bow and The Cat Lady to name a few. That said, Sally Face still manages to stand out as fairly unique title among its peers.

The game’s sound effects and music are consistently disturbing, from the horrible screams of ghosts and demons to the warbly guitars and synths of the soundtrack. Overall, it’s like a more goth-rock version of Hotline Miami‘s uncomfortable soundtrack. 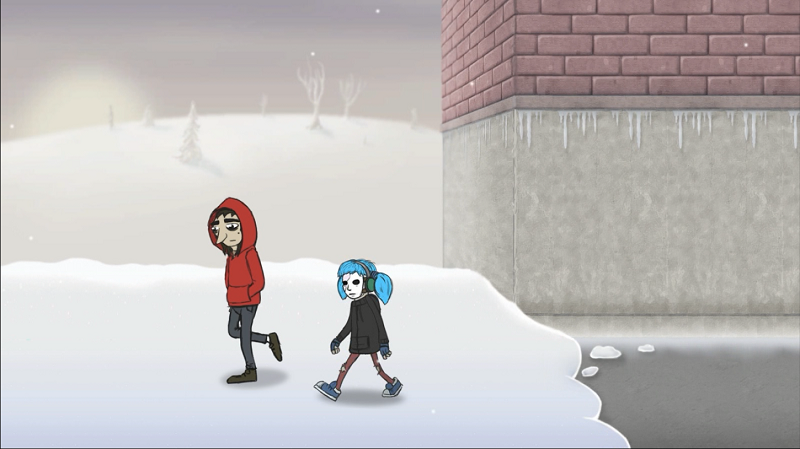 Most of the game progresses in a pretty linear fashion, focusing more on the story, rather than on gameplay elements or puzzles, which can be a good or bad thing, depending on what you’re looking for. This led to some dull moments here and there, though I generally stayed invested in the story throughout. The momentum of the story did help the game’s progression, which I appreciated.

Since the story is such a focus of the game, I’ll try not to spoil too much about what goes on, but I do need to talk about some of the elements found throughout. 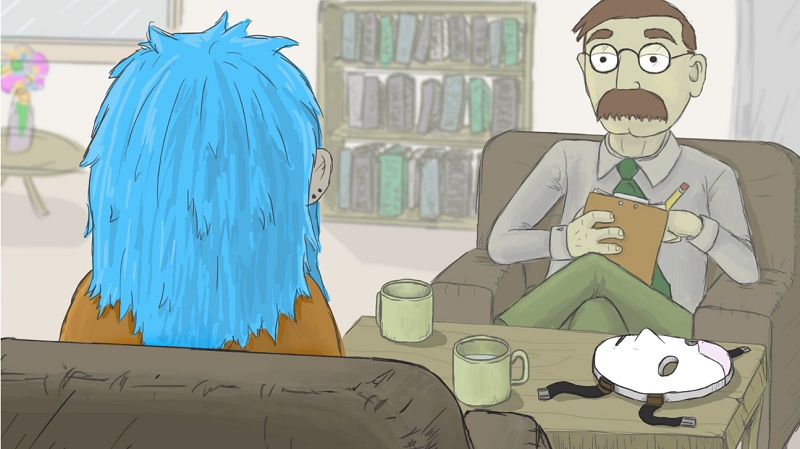 The story stays appropriately dark and dreary, as you work your way through different periods of Sal’s life and learn about all the experiences that put him in his current situation. Sal’s adulthood acts as a framework for the game’s story, which involves an interview between him and a psychologist as he awaits a murder trial. Events continue to weave in and out of this framework for most of the game, showing all the friends he’s made, as well as the frightening and horrible events he’s witnessed through the years.

This also leads to several puzzles scattered throughout each chapter, most of which are all on the very easy/accessible side, though some of the optional ones that aren’t required to progress the story can get slightly more complex. Overall, they all manage to feel just clever enough without breaking your progress for too long or getting frustrating at any point. 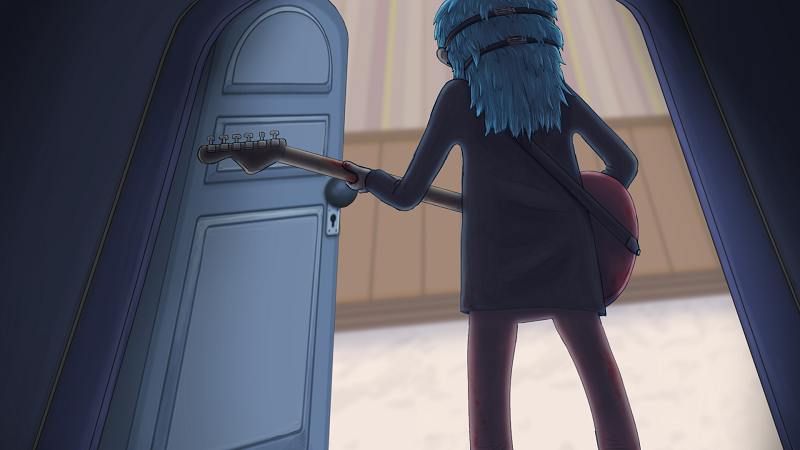 Things take a pretty wild turn for the fifth and final chapter, where the gameplay becomes much more action-oriented, with several minigames that change up the pace a lot. Several new art styles are also introduced with each new section, ranging from old-school shooters, claymation art and early 3D games, among others. The entire final chapter was quite a nice change of pace and a fitting finale for everything that had happened before, even if it starts to feel more like a superhero cartoon compared to all the previous chapters’ dark and moody overtones.

There are quite a few other media influences that Sally Face wears on its sleeve that all work their way into the final product in one way or another, whether it’s through art, minigames, quotes, or tones/themes. Each one is generally a fun nod to where it came from. You’ll have fun trying to spot some of the fun references or similarities to Twin Peaks, Tim Burton films, The Legend of Zelda, heavy metal music, 1980s horror movies, 1990s anime, and many others. 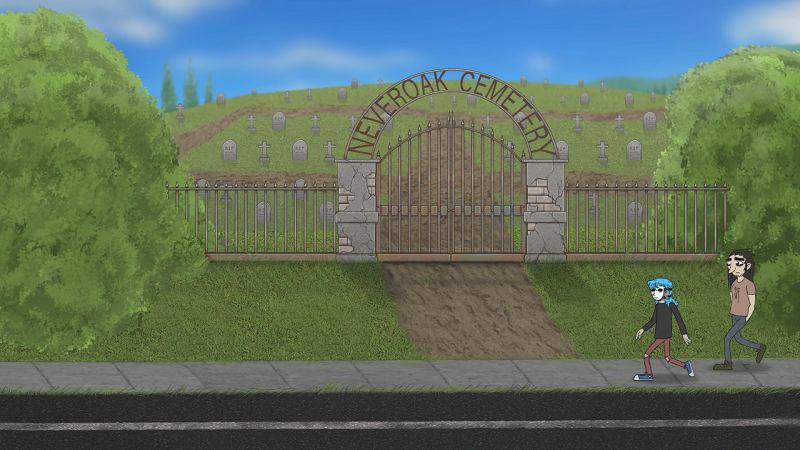 I have to say I had hoped for a lot more of a personal or philosophical narrative overall, as many of these solo-developed adventure games tend to excel at those kinds of things. I ended up disappointed in this regard, as the story takes a strong turn to the fantasy/sci-fi side very quickly after the first chapter and never stops til the end. The beginning parts feel like a solid mix of detective story, childhood mischief, and the dark underbelly of society, but it too soon takes a turn into the supernatural, paranormal, and outright fantasy, which detaches it from the real world.

While the characters do end up fairly fleshed-out and believable, the game rarely touched on any deeply personal or universal truths of life that we haven’t already seen done better elsewhere. Some attempts to add these types of ideas fall a little flat and end up feeling just a little too derivative to be fresh. There’s certainly nothing to complain about as far as performance or controls go, since the game is simple enough that nothing really ever feels out of place or struggles to provide a smooth experience, even on the limited Switch hardware. 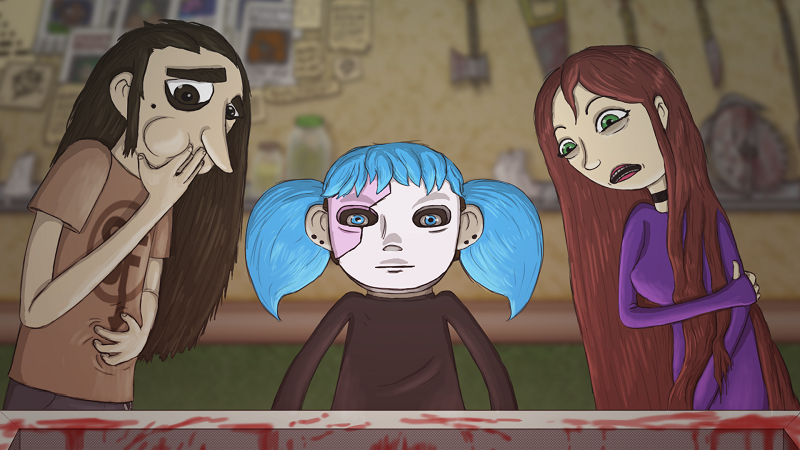 Overall, I recommend Sally Face to those who enjoy very basic, narrative-focused adventure games, especially ones with darker and more morbid subject matter. It provides a few effective scares and uncomfortable moments to satisfy most horror fans. However, some lulls in the narrative, simple puzzles, and lack of any kind of 3D or multi-planar environments to explore may bore some of the more demanding players.

For the $14.99 price tag on Switch, thankfully, it’s not a huge financial investment. While some elements could have been better executed, Sally Face is a valiant effort from a solo developer, though not quite one of the best out there.

A Nintendo Switch review code was provided by the publisher.