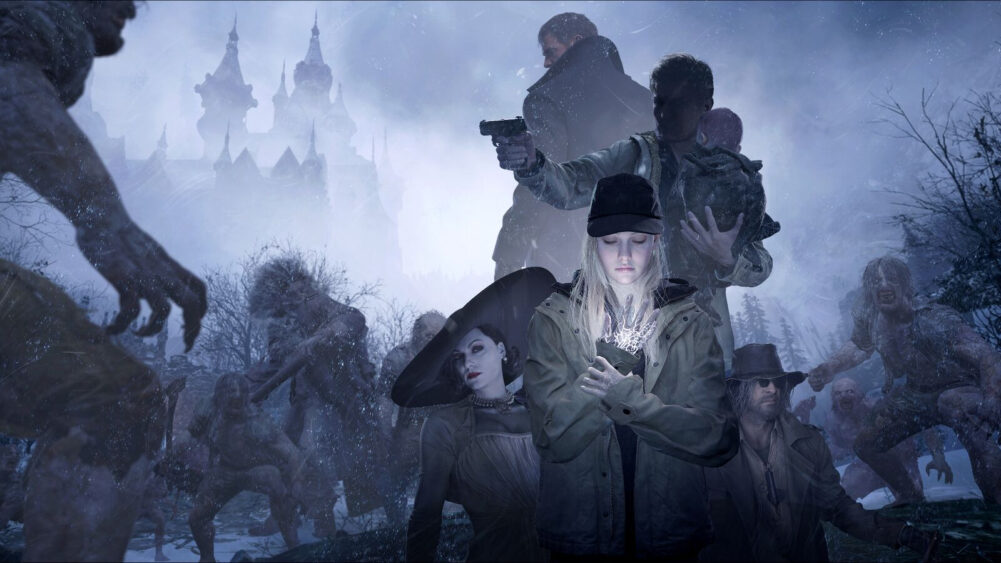 After over a year’s waiting, it’s finally time to dive into Resident Evil Village’s DLC pack: The Winters Expansion, which includes new story content, a new mode, and a set of new characters for The Mercenaries. Let’s tackle each one in turn, since the experiences are fairly separate from each other, starting with… 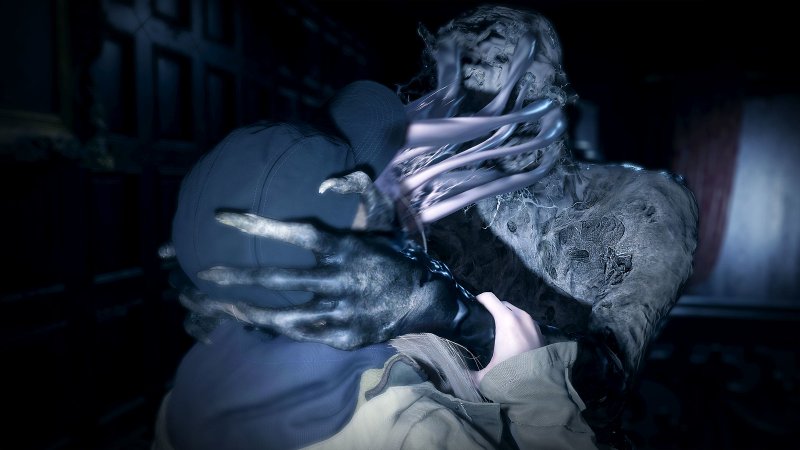 This Resident Evil Village DLC’s main offering, Shadows of Rose is an all-new story chapter that builds off of the events of Resident Evil Village as a sort of epilogue to that adventure. Playing as Rose Winters, 16 years after the events of the main game (which sets it in about 2037), we find her life has been difficult as she struggles with her Mold-generated superpowers. Rose, robbed of a normal childhood, yearns to be free of these powers — a problem that Chris’s HoundWolf Squad (which he’s apparently still operating over a decade from now) hasn’t been able to solve.

When offered a chance at normalcy, Rose jumps at it; there’s one catch however, she’ll need to enter into the mold consciousness network that still exists within the Mutamycete. This network, a sort of bio-organic memory library, stores the consciousness of any living organisms that were connected to the mold, and as such Miranda’s (the lead villain from the campaign) research on how to defeat Rose’s mold powers should still be hidden inside the network.

Rose dives into this living Matrix, expecting a fairly easy and safe exploration of this biological catalog, but instead finds a horrific nightmare world, a twisted reimagining of the village and its denizens. Forced into a struggle for survival, Rose sets her sights on her cure and fights through the terror as it unfolds, aided by a mysterious guide she names ‘Micheal’. The story that follows is both heartfelt and surprisingly horrifying, and I adored nearly every moment of it. 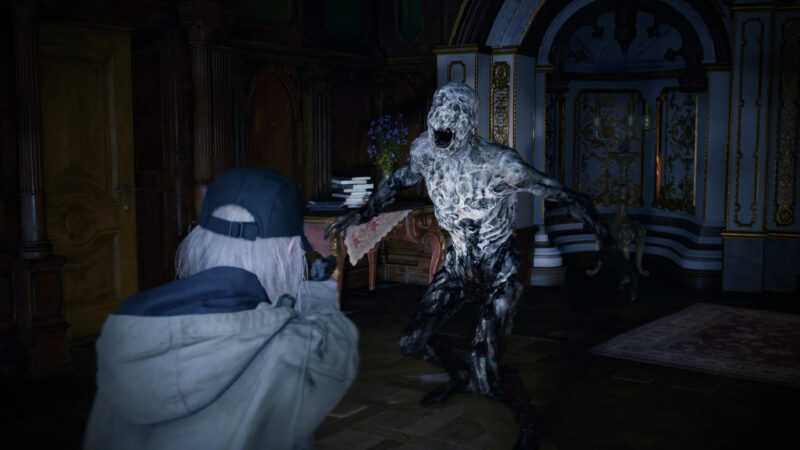 Scaling way, way back from the more action-heavy gameplay of the main campaign, Shadows of Rose is instead a more atmospheric, puzzle, and stealth-heavy horror adventure. Dropping things like the Duke’s shop and limiting your weapon loadout to just two firearms and the pipe bomb, I was surprised by how slow and methodical Shadows of Rose was. Our one major gameplay addition is Rose’s powers, which allow her to dissipate certain clusters of mold activity that block your path, as well as freeze oncoming enemies for a short period of time, opening them up to attack. This leaves the leeway for mistakes very narrow as resource management is a key component to survival this time around, and even on normal, I was surprised at how often I’d find myself coming up short. Exploration is rewarded as you come across hidden caches of items and weapon upgrades through careful poking around, and the loop as a whole was very enjoyable to revel in.

The DLC is played exclusively in a third-person, over-the-shoulder style (like the Resident Evil 2 and 3 remakes), which combines with the scaled-back action to create a more classical feeling to the experience that I quite enjoyed. Combat against the DLC’s new enemies, the Face Eaters, is fun and tense, as Rose can’t guard against attacks like her father and instead has to carefully pace out shots and blasts of her freeze power in order to make it out of each situation alive. The Face Eaters themselves are chilling to behold (and hear especially), and the horrific death you’re ‘faced’ with when fighting them is intensely shocking.

To be sure, Shadows of Rose in general is significantly more frightening and horror focused than I’d expected, as the grand majority of the DLC’s main offering was thankfully left out of trailers. Thanks to this story being set inside the memories and minds of those who’ve died while attached to the Mutamycete, Shadows of Rose is easily the most creative and surreal thing Resident Evil as a brand has ever done, feeling at times closer to games like American McGee’s Alice and Silent Hill than it does to a more traditional, grounded Resident Evil experience. 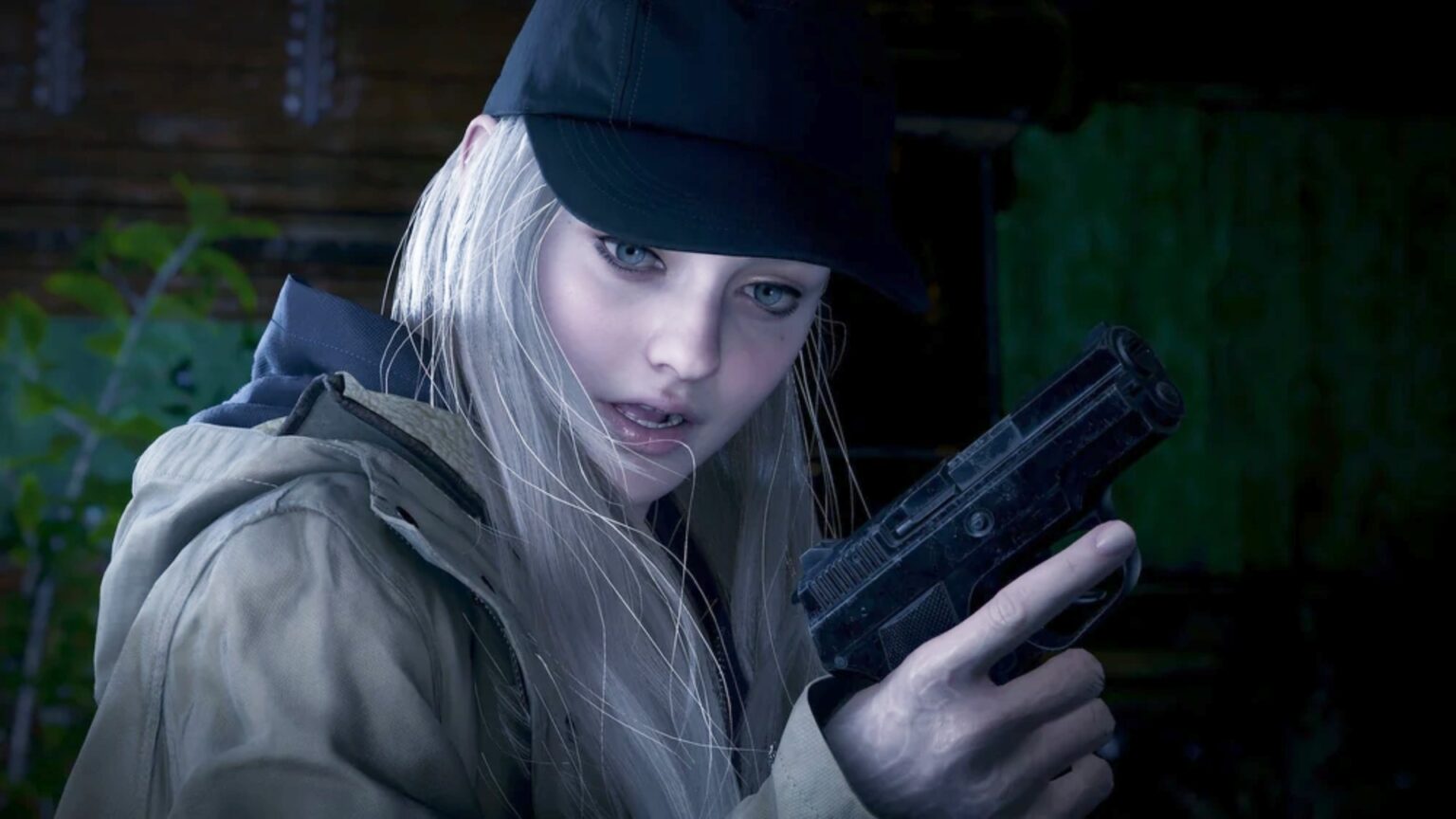 This is more than welcome in my opinion, as it’s clearly opened the developers up to exploring some itches that have been left unscratched for this franchise’s lifespan, featuring some of the most horrific and terrifying moments in the entire series. A decent and well-paced build-up of tension crescendos into the most scared I’ve ever been playing a Resident Evil title, before being rewarded with what I’d also call the most emotional and satisfying respite in the entire series as well.

Acting as Resident Evil Village’s epilogue, Shadows of Rose is a final, lovely little bow on the story originally set up all the way back in Resident Evil 7. The emotional weight of what Ethan Winters, and now his daughter, went through rings true and delivers a solid landing that I think fans of this family will be satisfied with. This series isn’t exactly known for playing around with heavy emotional subject matter, but it’s handled with poise and care here that makes the experience genuinely fulfilling, and I’m deeply grateful that Capcom has conquered this level of storytelling that the series never seemed all that interested in it before.

While Shadows of Rose isn’t perfect (and it carries over one storytelling conceit from the main game that I found extremely distracting), I genuinely adored my time with it, and I’m so, so happy we got it. If there are any major complaints it’d be that I just wish there was more of it, as I’m very confident this story could’ve been told as a full-length game if given a little more flesh and depth. As it stands, however, my two and a half hours with this adventure never felt ill-spent, and I can’t wait to engage with the community’s reactions to it. 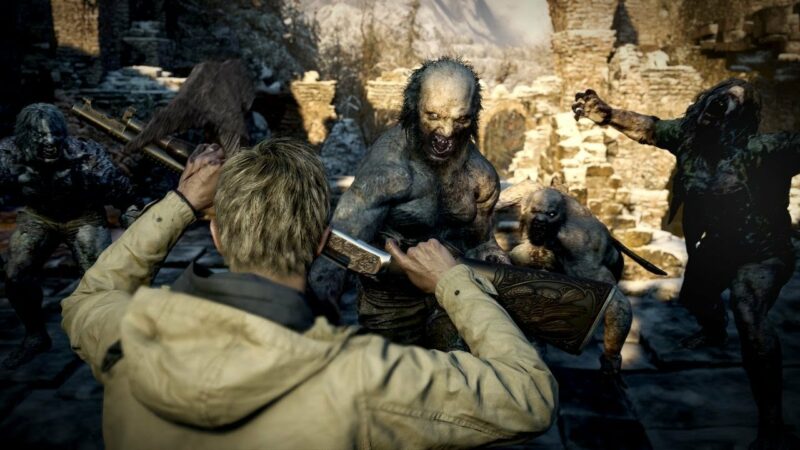 There isn’t too much to say here, as the only actual change is the camera, but it’s a much-asked-for addition that I’m sure fans are overjoyed to now have access to. Popping the camera out of Ethan’s head and over his shoulder, Third Person Mode allows you to play through the entire Resident Evil Village campaign, start to finish, in a classic TPS style. The new perspective comes with its own pros and cons, but the overall experience is solid and well-crafted. The amount of work on display, animating Ethan’s movements as he fights, gets hurt, and explores is impressive beyond words.

Everything you can think of has all-new animations that help make this feel like Third Person Mode was always there from the beginning, and it feels really great to get to experience this title in a more traditional format. Indeed, the new perspective ends up making this already very Resident Evil 4-feeling game transform even further into a soft sequel (although prequel now I suppose) to that classic adventure. Cutscenes are still carried out in first-person, of course, with the camera zooming in to his perspective as you click into a scene, rather than fading in and out. This feels a little disorienting at times in my opinion, but for the most part, it flows nicely.

There are a few drawbacks that will keep this from being my preferred mode of play, sadly. The intensity of some moments (the famous House Beneviento sequence for instance) loses some of its punch. Whether or not you feel that you’re experiencing things more intimately in first or third person, it is very clear how certain moments and areas were designed to be seen from the original perspective, and the new one sort of muddles them a bit. Certain aspects of forced perspective, environment scaling, and just the general size of things can come off a bit weird, as the world clearly wasn’t meant to be seen from the new angle, and sometimes (especially in the castle) can make you feel like you’re in a much smaller space than the first person perspective let on. The flashlight also remains unchanged from the first-person perspective, and it goddamn sucks.

Overall though, the mode is still excellent and the effort on display is applaud-worthy. If Village being in first person was something holding you back from giving it a try, you’ve more than got your wish here.

I have even less to say about this part of the DLC, not because it isn’t good, but just because it’s so much less involved. Additional Orders adds in new playable characters (finally justifying the plurality of Village’s previously misnomered mode) Chris, Lady Dimitrescu, and Heisenberg, and two new stages. Unlike Ethan, the new characters are supercharged and silly, offering new and unique ways of taking on the village hoards that are fun and fresh, and add that little bit of extra Mercenaries charm that I felt had been missing at launch. This DLC makes the mode feel way more fun, and less of a chore, to just blast through for hours.

As a full, $20 package, you can’t possibly go wrong with Shadows of Rose. No matter what you’re here for, be it intense survival horror, balls-to-the-wall action, or experiencing the main campaign from a new perspective, The Winters Expansion delivers on each with a fantastic amount of work and the highest quality you can get for your buck.

While there are small detractors, they’re merely scratches on an otherwise gleaming surface. If you liked Resident Evil Village, you should absolutely top that experience off with this. The Winters Expansion is one of Resident Evil’s best DLCs to date, and I’m so, so glad we got to dip our feet in the Village just this one, last time.