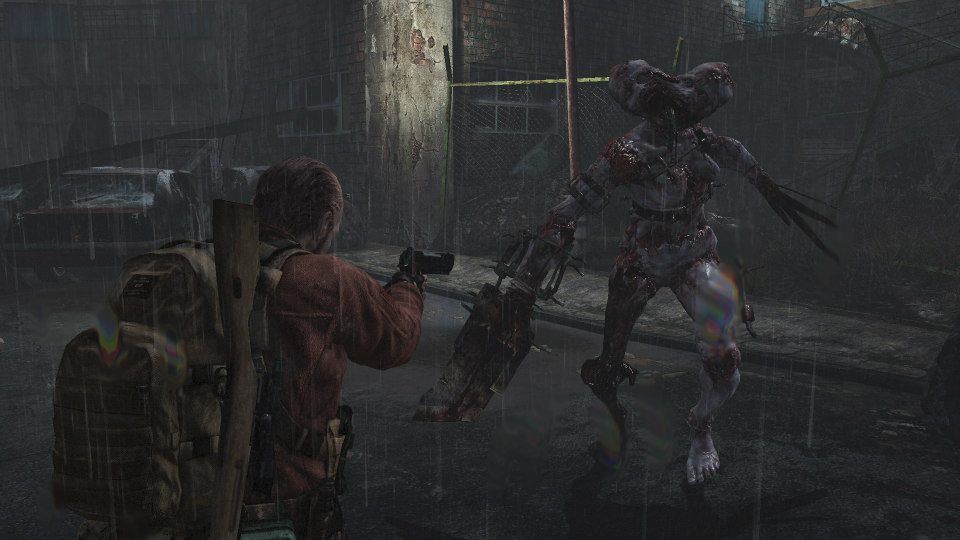 Another week, another episode of Resident Evil Revelations 2! The second episode, titled “Contemplation,” continues to build up the tension and mystery that was ignited in the solid premiere, further building up characters and the overseeing villain while continuing to play with traditional horror elements. Does it succeed like the first episode did? Keep reading to find out!

After realizing that they’re basically stuck in an island in the middle of nowhere, Claire and Moira run into another group of TerraSave reps that are also part of the Overseer’s experiment. They hole up in a bar located in an abandoned village. This serves as the opening setting for the game, taking us into the outdoors while also peppering in houses to explore. This was very much like Resident Evil 4’s village section, but a little more “gamey” due to a fetch quest you’re tasked with. You eventually end up exploring more of the island’s decrepit city before realizing your true destination: a large tower right in the heart of the island.

You do cover some of the same areas as both Claire and Barry, but the story itself makes said traversal an even better experience. But I will say one thing: I’m surprised that Barry’s scenario ended up feeling more horror-oriented for me. Like I said in my review of the first episode, I wasn’t expecting much horror from Barry’s scenario, due to him being armed for the situation. But the invisible enemies that are introduced in his story, along with another breed of monsters that honors the series’ continuity, make his scenario a horror joy. If you loved exploring the creepy woods in Episode 1, then you’re going to love what’s in store for Barry in Episode 2 even more.

We also get proper boss fights in this episode, with the first one being introduced after a section that was right out of Resident Evil 4’s playbook. But the most intense enemy encounters I had in the episode were against the invisible, flying insect-type creatures. To properly kill them you need to utilize Natalia’s pointing ability. She’ll be able to point Barry at the reddish cloud that indicates where the monster is. This makes for a great, tense cooperative experience where you’re zapping back and forth trying not to die (it kills you in one hit). Fighting these enemies in an open environment is one thing, and fairly manageable after you get a handle of things, but fighting them in cramped halls in a multi-floor building? That’s even scarier. But it makes for some memorable near-death experiences. Or, of course, if you have smoke screen bombs in your possession, you can use those to make your life easier when fighting them. 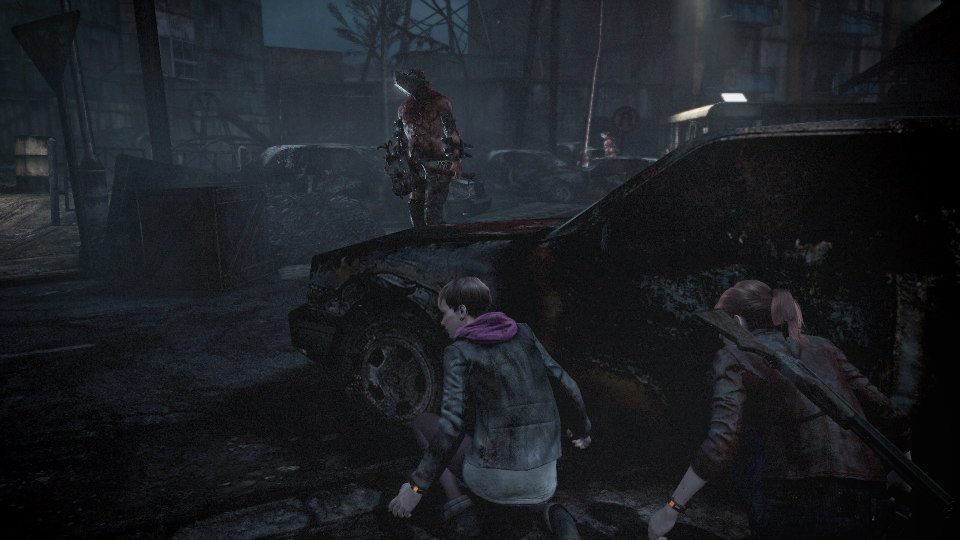 Episode 2 certainly encourages stealth more than the first episode did. And stealth kills prove to be satisfying every single time. Something about taking down towering, hammer-wielding foes with one hit never gets old. And stealth would be wise to utilize since ammunition could actually be quite scarce, even after revealing hidden items with Moira’s flashlight.

Speaking of Moira, this episode continues to develop her character nicely. I was scared she would be annoying, what with her colorful selection of words, but I actually grew to like her. It’s nice to see her interactions with the older and wiser Claire, and it does feel like a sort of little sister/ big sister dynamic. My only complaint with the characters in this episode came in the form of Pedro, who basically serves as this game’s Quint. I understand that he’s essentially comedic relief, but I just couldn’t stand him.

Raid Mode makes a return this week with a fresh batch of levels to tackle, along with new characters (Leon!). You can easily spend double the amount of time it takes you to beat the story. This is definitely the best iteration of Raid Mode, and its inclusion makes the money spent on the episode well justified.

Episode 2 of Revelations 2 continues to excel like the premiere did, giving fans another dose of survival horror that isn’t tainted by action-packed exploits. Even after the two hours it might take you to beat it, you still get an immense amount of replay value here, with even more collectibles and medals to aim for; and of course the addicting Raid Mode. I’ll leave you all with one last thing to close this review: get yourselves ready for one hell of a punch with the ending!

We won’t give a final score until the final episode is released.