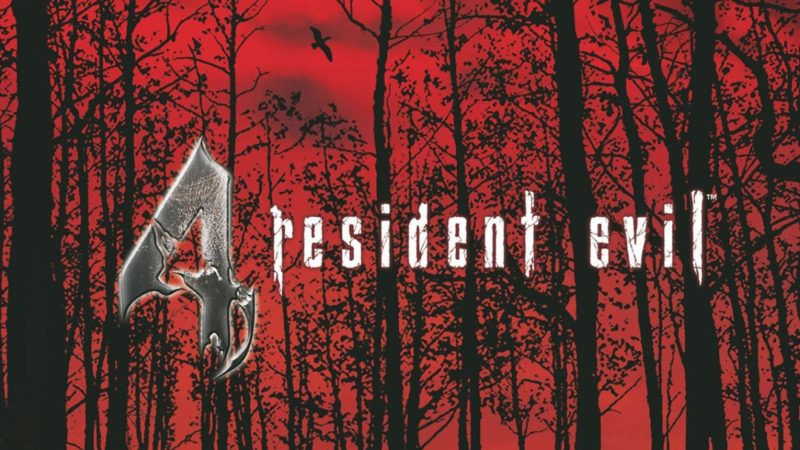 By and large, this is the best looking RE4 has ever been on console. It’s come a long way since it’s debut on GameCube over ten years ago. The Ganado all have a sharper level of detail to their faces that’s a wonder to behold for me, as a returning (returning, returning…) player, and the 60FPS is a dream come true for one of my favorite shooters. I was actually very impressed by just how many textures have recieved a new coat of paint, from Leon’s character model to the weapons and items in your inventory (like F.Aid Sprays, boxes of ammunition, etc. all look significantly improved). While the game as a whole isn’t perfect (floors and walls especially look muddy, almost to the point where it devolves into digital camo in places), individual objects and items have clearly been touched up. On top of all that, the text has all been redone with a new, clearer font, and most menus have received a new sharper version as well. Like I said, this isn’t some huge remaster that makes the game look new, but holy wow do parts of it look better than ever.

Beyond that, most of the other changes are much more subtle. I know RE4 like the back of my hand, and I’ve been able to pick out some new, or at the very least changed, audio cues and sound editing. Loading times are cut down considerably, and obviously all of the fixes from the PS2 version on are all present (can’t buy infinite F. Aid Sprays, “Your hand right comes off?” has been changed to “Your right hand comes off?”, etc.). This isn’t Resident Evil 0HD or anything even close to that level of detail and commitment, but the changes are noticable and welcome. The only element that has received no change at all are sadly the Separate Ways cut-scenes, which I don’t think is even possible to remaster. Separate Ways, along with the main game in the PS2 release, used pre-recorded videos, rather than true in-game-cinematics. This unfortunately results in some jarring shifts between the 30fps, 480p video back to the 1080p, 60fps gameplay. It sucks, but I don’t know what it is exactly I want them to do. For a 20$, completely redoing about 20 minutes of video would be a huge undertaking.

I do feel like I should address the one major thing I was dreading about this release. The previous HD version on Xbox 360 and PS3 had a paltry, bare achievements/trophies list, with only 12 total (almost entirely for just beating the game, with one for getting the DelLago easter egg) and no Platinum for PlayStation players. Sadly, as I had feared, just like RE6 and 5 before it, RE4 simply re-uses the exact same list from the previous generation. No Platinum Trophy, no cool Mercenaries achievements. I’m super bummed out about this, as it was one of the few things I had genuinely been hoping for from this port. To add insult to injury, the achievement images are just insultingly bad. I know this isn’t something that should really factor into a review, but one of the coolest things about earning achievements on Xbox One is that the images can actually be used as background wallpapers for the Xbox Dashboard. So far, the RE games have had some pretty great images, and I was really looking forward to getting some sweet RE4 ones to use. RE6 had a few really standout ones, RE5 had quite a few super boring ones that were basically just pictures of the in-game menus, but… 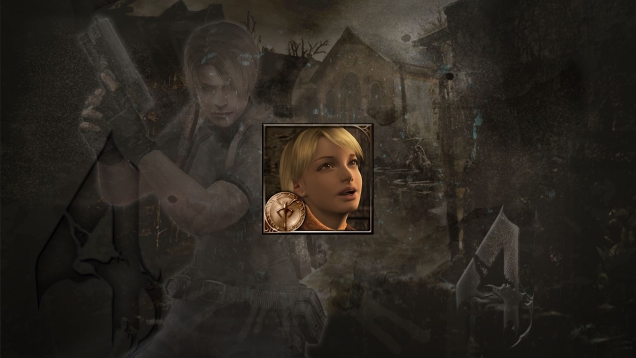 Like I said, I know I shouldn’t really be bringing this is up in a review, and I’m not counting it into my score, but holy shit, dude.

Anyway, is there much point in recapping Resident Evil 4‘s plot? You’ve played it on at least two different platforms by now. You might even be as nutso as me and own it across almost every platform it’s been released on (which is now up to 10 if you count the two separate PC releases). It was a huge leap for the series at the time, as the franchise was beginning to stagnate somewhat- release after release of more or less the same general concepts for the better part of a decade. Raccoon City. Zombies. Static camera angles. Gaming was moving on from where the franchise had begun, and Resident Evil 4 made a bold choice – to throw everything out the window. 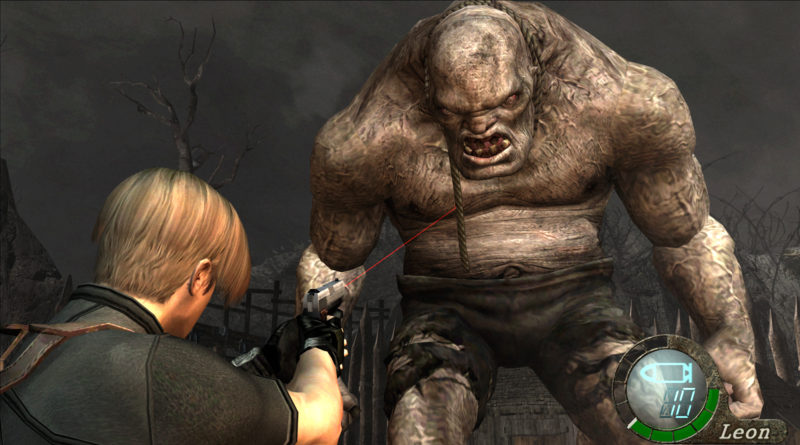 An entirely new gameplay style with a focus on what was (at the time) called Hit-Zone aiming, meaning you could shoot enemies in different areas for different results (shoot an enemy in the kneecap to bring them down on one knee, shoot them in the face to temporarily blind them, even shoot the weapons out of their hands like you’re the god damn Lone Ranger). The camera was switched to a permanent “over the shoulder” view, which lead to much more focused combat and movement. The inventory system from previous games was completely thrown out in favor of the Attache Case, where instead of relying on the rather unrealistic “You can carry 6 things, no matter shape and size”, we could now carry anything we could- given if it would fit in the case. This was almost a mini-game in and of itself, as you reorganized everything to try and make that one thing fit. It was great, and it’s surprising that RE dropped it instantly after, and gaming in general, has never used it again (the only game I know of that uses a similar system is the new Deus Ex series).

Another huge change was the story. Set 6 years after the previous furthest point in the series’ lore (Code: Veronica X), RE4 has almost nothing to do with Resident Evil at all. Sure, you’re playing as Leon Kennedy, the rookie cop from RE2, and Ada Wong and Albert Wesker are in it as well. But… that’s more or less it. There’s only a handful of references to the other titles, an introduction explaining what’s happened to Umbrella Corporation, a comment about Raccoon City, but that’s more or less it. The characters themselves aren’t even much like their original versions. Ada is still mysterious and wears red, but aside from Leon’s haircut being similar (although it’s now blonde as opposed to the sort of reddish brown it was), he’s essentially a different character. Gone is his naive and hopeful nature, replaced with a much more suave, jokey personality that – even when he’s in the most perilous situations possible – seems to still find a way to make light of it. He’s an American James Bond for the most part, and I love it. 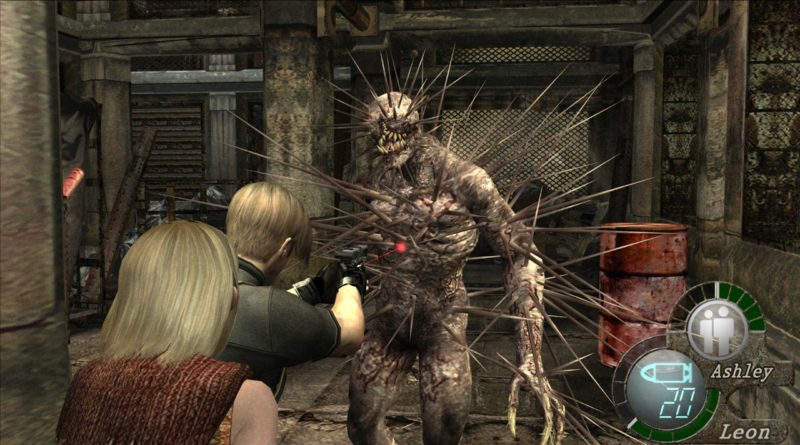 One of the things that Resident Evil 4 does better than any of its sequels is how it managed to blend horror, action, and even a dorky sense of humor. Sure, the new camera angle and aiming system led to significantly more action-oriented gameplay- but at the same time, it would constantly be pulled away from the player in order to make them feel vulnerable again. For every glimmer of power we got our hands on, some new threat would come along and lay the smack-down on us. The game evolves at a perfect pace that keeps the fear and disturbing imagery up high. I remember the first time I played, the very first time that Las Plagas parasite burst from a Ganado’s skull, showering the rain-soaked earth in gore and bone, and watching the twisting muscles writhe and undulate as the now stalked eyeballs locked onto me – it scared the living shit out of me. Oh, and of course I haven’t forgotten, anyone that says that they weren’t immediately terrified of the late game monstrosities, the Regeneradors, is a filthy liar.

Overall, RE4 on Xbox One/PS4 is the best way to play this game on console. I can say without a shadow of a doubt that it has never looked better. But, and that’s a pretty big but, I’d recommend looking into the fan-made RE4HD mod for the PC version, whose team has been going through the entire game and updating single every texture. The visual difference is no joke; it blows even this update out of the water. But if you don’t have a PC, it’s been a while since you last played, or are just an RE4 nut like me, this is hands-down the best way to play this classic game on console.

A review copy was purchased for Xbox One. The game is also available for PlayStation 4