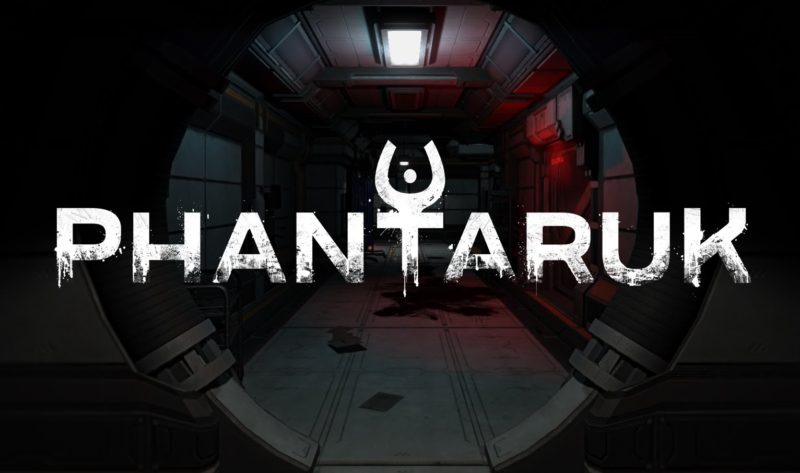 Phantaruk seems like a great bet from the pitch: You awaken on a spaceship where researchers are modifying genetics to create the “perfect” human. Something has gone wrong, and now you must find the answers and escape the ship. You learn along the way that all was not as it seemed in the experiments aboard the Purity-02, and every other human on board is dead. This is an excellent premise. The visuals for the game look fantastic in the trailer, too, and the screenshots show off a moody atmosphere. Unfortunately, the sales page is where the fun of Phantaruk ends.

Let’s get the good parts out of the way first. The graphics of Phantaruk are fantastic, and the sound production matches that quality to create a game that seems incredibly well-made on the surface. The story is well crafted, if a bit easy to miss in the rubble. The voice acting is great, and the voice messages left around the ship bring dead characters to life with emphasis and emotion. 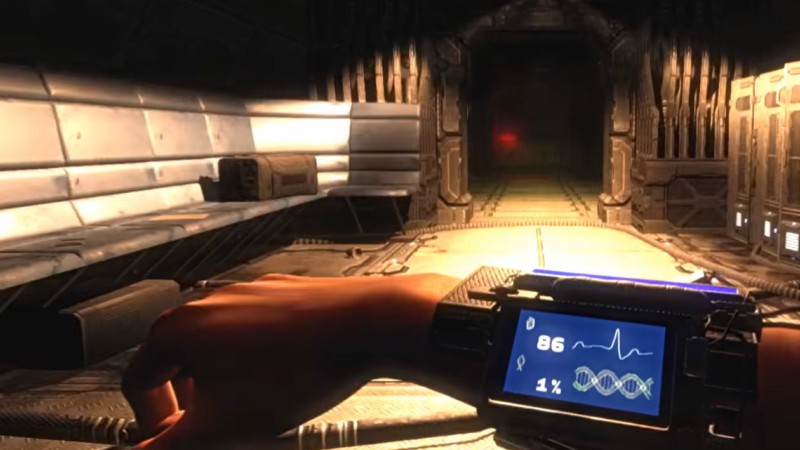 The rest is a crapshoot. The story is good but presented in a mix of short notes, voice recordings, and long missives scattered around the ship. Some of these notes are as a wall of text creatively hidden in the most frustrating areas of the ship. It’s never safe to assume players will read a full page or more of text. It is almost worthy of a secret achievement if they click the Continue button to read the second page. The developers lose a lot of the impact of their story by failing to heed the rule of “show, don’t tell.” The concept of a main character who must find clues to what has happened after everyone is already dead requires creativity in storytelling. In a few key places, Phantaruk missed that mark, and some of the narrative is lost on its audience. It also introduces the monsters too quickly, failing to build suspense enough to immerse the player before meeting their predator.

The graphics and sounds of Phantaruk are great as a general feat, but neither were tuned to the main mechanics of the game well. Much like its obvious inspiration, Alien: Isolation, Phantaruk pits players against monsters you must evade. You have no means of combat against the overpowered humanoid creatures wandering Purity-02, so you have to creep around just out of sight. Don’t expect the sound of the monsters’ footsteps and groaning to tell you where they are at, as the sound is not really directional. Their angry groans alert you to their presence in the area, not their position relative to yours. You may hear the monsters to your right when they are actually to the left, and vice versa, rendering sound useless in moving forward. 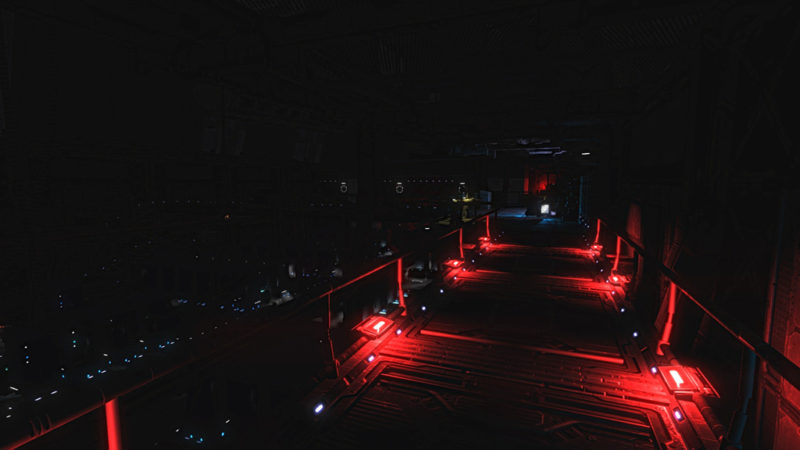 You do get one boon, as the creatures seem to be legally blind and incredibly dumb. Any dark space will do, even if you’re both standing in it. Unfortunately, the light system is fuzzy at best. An eye symbol in the UI shows up if you are in enough light to be spotted, and has varying levels of brightness to match the amount of light. The levels of brightness don’t really matter, though. If you are in any amount of visibility when a monster rolls through the room, he’s going to spot you.

What constitutes visibility is a very fluid notion throughout the game. From room to room, and even corner to corner, the amount of light you can hide in changes. What counts as hiding in one corner doesn’t across the hall, or even two steps away to what might be a visibly darker area. You cannot hide behind things if there is light, even if the creature has no line of sight to you, making the stealth mechanic even more annoying. The agitation doesn’t stop there, as the creatures in later levels seem to be able to sense your presence in a lit space from other rooms. They manage to materialize in front of you to ruin your day because you were in the light, in an area they could not have possibly seen. The stealth mechanic is unbearably broken, and it kills any suspense by replacing it with sheer frustration. 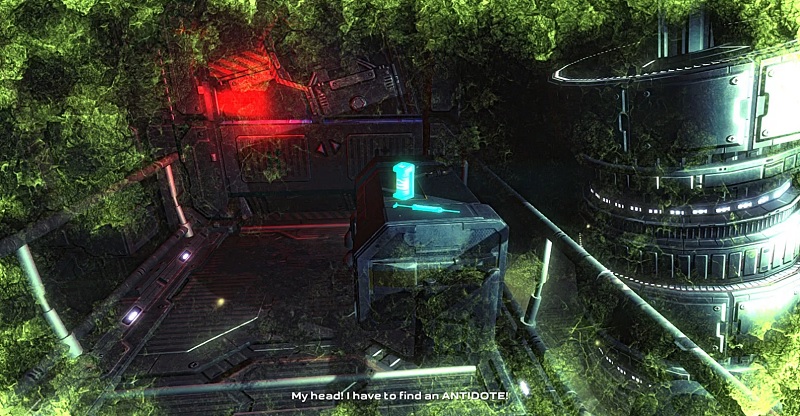 Seemingly feeling as though there was not enough going on in Phantaruk to induce anxiety, the developers added another mechanic that just does not work in this game. Your character is exposed to an infectious agent for which he must routinely take antidote. Antidotes are ‘hidden’ around the ship, and must be taken at routine intervals to avoid death. This mechanic forces players to push forward at a faster pace than they might otherwise, and adds a resource collection element to a fairly straightforward game. In a game with a much larger scope and better stealth mechanics, this might have worked beautifully. In a linear game with frustrating stealth issues, looking for antidotes that you will need to take at inopportune times is just one more reason to stop playing.

Phantaruk is easily the most frustrating game I have played this year. The mere fact that I can tell it had very talented developers who simply overreached their experience and deadline is agitating. This game should have been great. With more testing and feedback, this game would have been great. In a few months, this game may be great. When I discussed my thoughts on the game with my editor, we both felt that everything that was wrong with the game sounded like a problem you’d fix in beta. It is incredibly disheartening to have to write a poor review for a game that is not bad at its core. It is unfinished, and should not have been released as a completed game in this state. 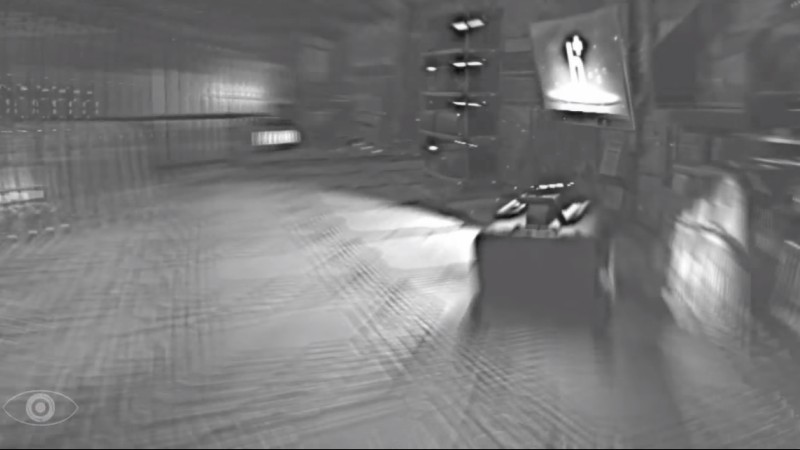 I hope that the developers of Phantaruk work out these issues over the coming weeks. A patch to add more antidotes and fix issues with enemies not appearing on some levels was released. Frankly, I would have paid good money to have enemies not appear on some levels. Phantaruk would benefit from a few areas where exploration is safe, allowing the story to come front and center for players to enjoy. The game needs more balance, tweaks to the stealth system, and better immersion in the story. Perhaps the best move for the developer would be to take the critiques from fans, work on the issues, and release again in a Phantaruk Remastered – now with correct positional sound.