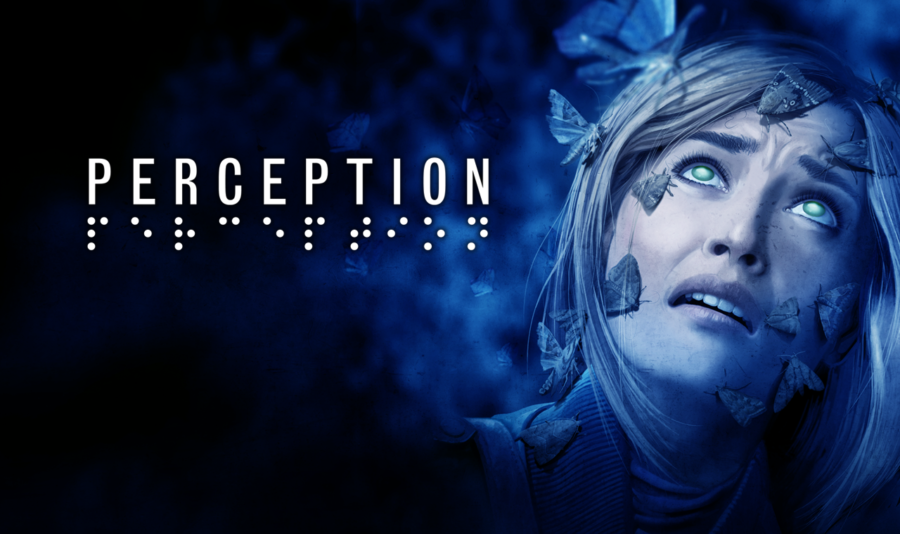 Perception is a game with a premise that’s incredible in theory, but extremely hard to deliver in practice. It tries to prey on your natural fear of the dark by only showing you its world one tiny piece at a time through echolocation, but it never quite achieves that goal. I had high hopes for this game from the Irrational Games veterans at The Deep End Games, but unfortunately it’s mostly boring, irritating and- most disappointingly- not scary what-so-ever.

The mechanic of sight through echolocation is pretty cool. Cassie comes to the mansion because she’s seen it in her nightmares, but she has no idea how to get around it because, well she’s blind. Luckily, she’s developed a sense of echolocation, so when anything makes a sound in the house whether it be the wind howling through windows, Cassie taking a step or a monster coming to end your life, you’ll have an image reminiscent of Daredevil’s vision to work with. She also has access to a cane that can be used at any time, but from the very start you’re strongly encouraged not to use it.

The reason you’re not supposed to use the cane too much is The Presence, a ghost who will kill you instantly if it finds you. It’s a cool concept, but it’s fundamentally flawed in nearly every way. First, there are items that when hit will make a soft noise that won’t trigger The Presence and nothing stops you from just looking for those items in the environment. Second, if you just stand still when it comes it’ll just disappear after a few seconds which removes all tension. 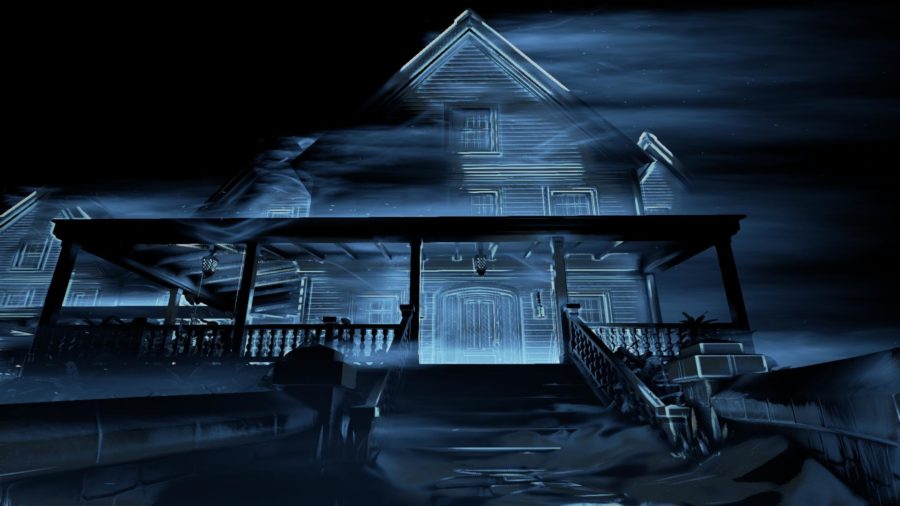 The biggest flaw with The Presence, and ultimately how the game works as a whole, is tied to progression. Cassie has a “Sixth Sense” that tells her exactly where she needs to go at any given moment. If you hold the control key, Cassie will snap her head in the direction of the objective and it’ll highlight itself through the floors and walls in white. Instead of relying on the cane, I would just use the Sixth Sense and fumble my way through as I always knew which way I should be heading. In fact, I only saw the presence a total of three times in my two-hour journey through Perception, and since the game will jerk the towards anything scary that’s about to happen, it was more annoying than frightening.

The Presence was able to kill me once though, and that introduced me to yet another issue with Perception. The checkpoint system is awful. When the Presence killed me I was set back over 15 minutes. For a game that you effectively have to stumble your way through, setting the player back that far is inexcusable. Even worse was later on when I was hiding from dolls on train tracks with guns, it was extremely frustrating to almost get to my objective only to have a doll shoot me through what I thought was a solid wall and set me back another 10 minutes.

With such a heartfelt background for the story, I really wanted to care about Cassie, but when I was given the option to turn her voice acting off at the beginning of the game, my heart sank. The voice acting and writing in Perception is at the level of a Nancy Drew game and the story is so full of plot holes and redundancies that I was left scratching my head or rolling my eyes nearly every time a character spoke. 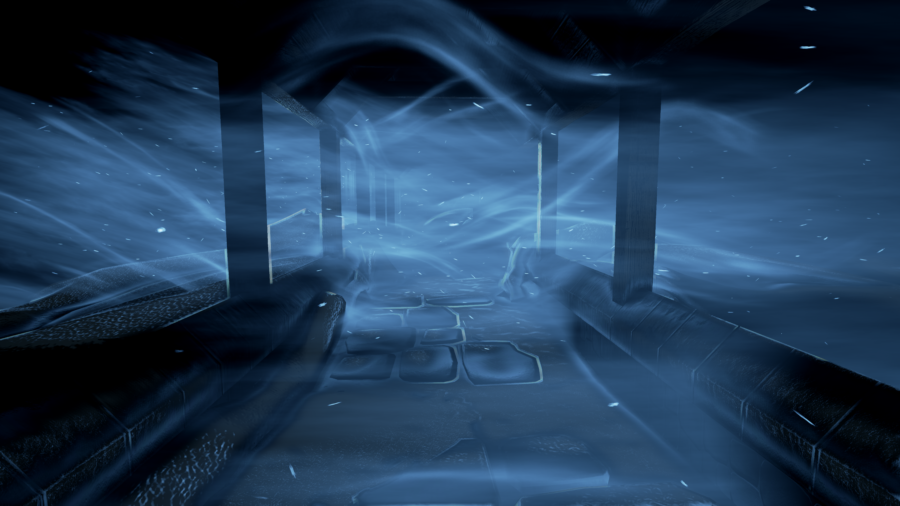 Cassie has access to apps that help her along her journey and they’re actually pretty neat. One lets her take pictures of text and have it read back to her, and the other allows her to take pictures of her surroundings and connect to a real person who can explain them. The apps are cool because they’re real tools that can benefit real people and I appreciate that. It was just totally bizarre to be disconnected from a call with Cassie’s boyfriend Serge due to poor signal and then to still be able to use an app that calls someone else ten seconds later and have it work without issue. Additionally, the fact that that same app works when you’re literally traveling through time was even harder to accept.

The biggest saving grace that Perception has to rely on is that it’s glitch-free from start to finish and in the last 20 minutes its story really comes together as the cool, unique game that I was looking forward to. I can’t say more about it as it’s a big reveal, but it almost made the rest of the game worth playing.

The reason Perception is such a disappointment is because every misstep feels like it could have been avoided with a little more time and focus testing. The problem with Kickstarter games is that your budget is set from the start, and you have tens of thousands of people who feel entitled to the product that was promised in the timeframe in which it was originally promised. I’m sure that pressure played a big part in the version of the game we got, and it’s a huge bummer. If you’re absolutely enamored by the concept you might have a good time with Perception, but it’s very hard for me to recommend it to horror fans as it completely fails at being scary.