I’ve been sitting on this review for a little while, I’ll admit. Pathologic is a puzzling game, one that confuses me at so many turns it’s more than a little difficult to work out what exactly can be said about it. There are times when, even though I’m confident I’ve made my mind up about it, I’ll think of one little detail in it and get set back to square one. After all this, I think I’ve reached some sort of conclusion with Pathologic, and I’ll lay that out right now. As a game, I don’t think it’s good, I actually find it rather terrible in places, but it’s still worth your attention for what it does so very right. 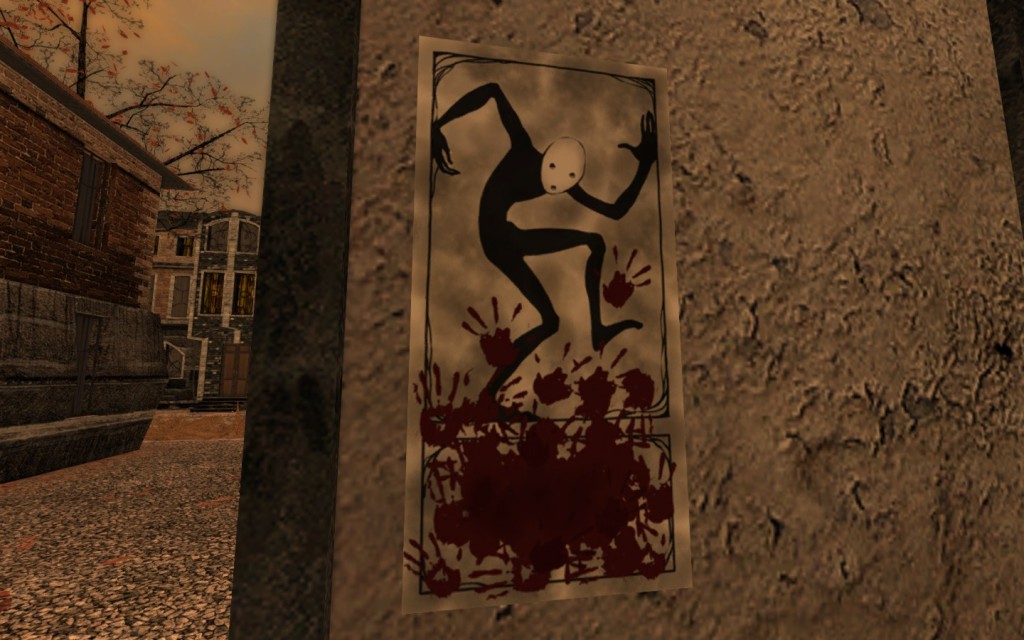 Pathologic’s basic story is about a town slowly dying from a mysterious Sand Plague, and three people who travel into this town to unravel the cause of it and how to stop it. These three, are known largely by their titles. The Bachelor, a recommended starting point, is a young doctor from the capital who seeks to understand death itself, and perhaps find a cure for it. He comes into town hearing of a 150-year-old man who might hold the key he seeks. The Haruspex, something of a shamanic figure, once lived in the town as a child, but left to study surgery. He returns to fulfill a request from his father. Finally, The Changeling, who can only be played once you’ve finished at least one other character’s storyline, enters the town in a manner that inspires a great deal of suspicion toward her, which isn’t aided by the fact that she can seemingly use magic. As the plague in the town worsens, all three characters find themselves trapped within the town, and must seek to end it or die along with everyone else.

It’s a great setup for a genuinely interesting game, and considering all three characters have their stories play our rather separately, even though the base plot remains the same, their individual storylines are all very different from one another, and to fully understand what’s going on, you’ll need to play all three to completion. That all said, whether you’ll have the willpower to do so or not depends on your tolerance for systems that are obtuse at best, and nigh-on incomprehensible at worst. 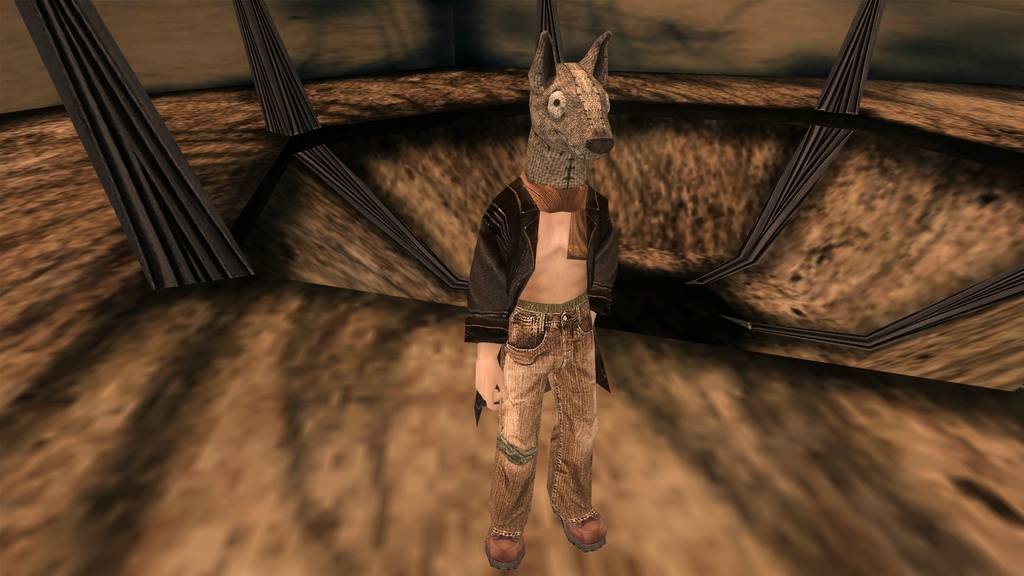 The game is, ostensibly, something of an open world psychological survival horror RPG, though I feel like cramming it into any genre isn’t fitting. You can explore every inch of its setting, though that really just amounts to a fairly small town. It boasts many of the mechanics you’d find in a Western RPG in its inventory management and dialogue systems, though there aren’t any stats, and you’ll never really feel a sense of character progression. The horror elements are certainly there, though it’s a kind of dreamlike horror that isn’t overt about trying to scare you, and hell, it might not manage that unless you’re willing to sink a lot of time into it. If you do, you’ll be rewarded by an incredibly twisted game that can, at times, be terrifying, but on the surface, it’s less a game focused on scares than it is a mood piece that will almost certainly sadden you. Pathologic‘s brand of storytelling will appeal to so few people, but there’s a group out there that will absolutely adore what it does, in spite of its issues. At best, you could label it as an early example of the survival genre, but even then, I feel like that doesn’t really do it justice. It’s a complicated game, one that can’t ever really be fully understood until you try it for yourself.

You’ll spend, at least at first, the majority of the game simply slowly walking from one character to another, getting vague information from each of them, then trudging along to repeat this process ad nauseam. You’ll also need to keep your character well-fed and healthy by ensuring they have enough supplies to stay alive and avoid succumbing to the plague themselves. As prices within the town go up as quarantine leads to desperation within the population, you’ll find yourself having to really scrounge just to get by. It can definitely be tense, and the dreamlike, sometimes terrifying atmosphere only heightens that feeling, but the core gameplay loop is dull at best. NPCs sometimes seek to kill you for no immediately apparent reasons, and combat is more frustrating than anything else. Even conversation is baffling. A friend of mine told me that he felt like every character he spoke to was responding to some unseen choice he had no idea he was making, and I’d echo the same sentiment. It’s not helped by how flowery the dialogue often is. One of the main highlights of this HD version is a complete retranslation of the game, something that apparently greatly hampered the original, and honestly, I couldn’t imagine how trying a task that version must have been. 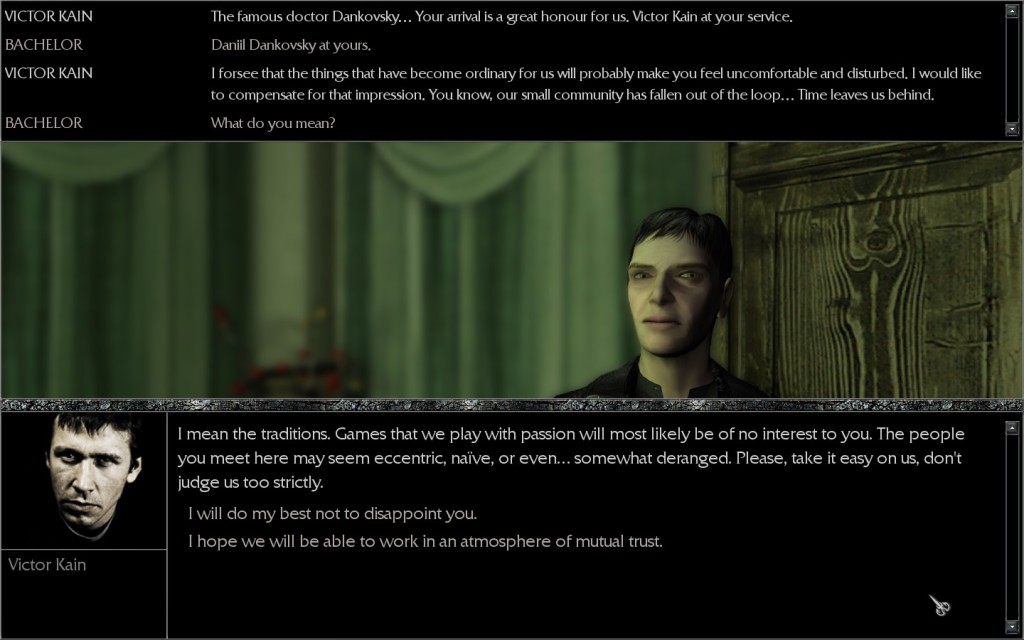 The first time I played Pathologic, I felt exhausted, a feeling that persisted every time I even thought about diving back in. I’m confident that’s intentional. This is not a happy game, it’s strange, it’s depressing, it’s fascinating, and it’s horrifying. It manages to be all of these at once, and honestly, as a display of atmosphere in gaming, studios could stand to learn a few lessons from Ice-Pick Lodge. There isn’t a single other game like this, and I mean that. It’s hard to find games that have had this much thought put into their settings. You’ll become extremely familiar with it all, too. Each campaign plays out over the course of 12 days, with each day lasting 2 hours. If you’re going to finish all three stories, you’ll be at this for 72 hours. Pathologic certainly isn’t hurting for content, but I don’t know if many will have the patience for it. That said, there’s an element of freedom here that other games often lack. You’re free to completely ignore your objectives and just seek to keep yourself alive, but the game will move on without you, and your inaction will bring the town that much closer to destruction.

I wanted to like Pathologic, and I still do. The atmosphere is amazing, and I certainly can’t say I’ll ever forget about my time with it. But I can’t say I liked my experience with it all. Maybe that’s the point, I don’t think Pathologic is the sort of game that wants to be liked, and I can certainly respect what it attempts to do, but for a ten-year-old game, it feels like something far older than it actually is. 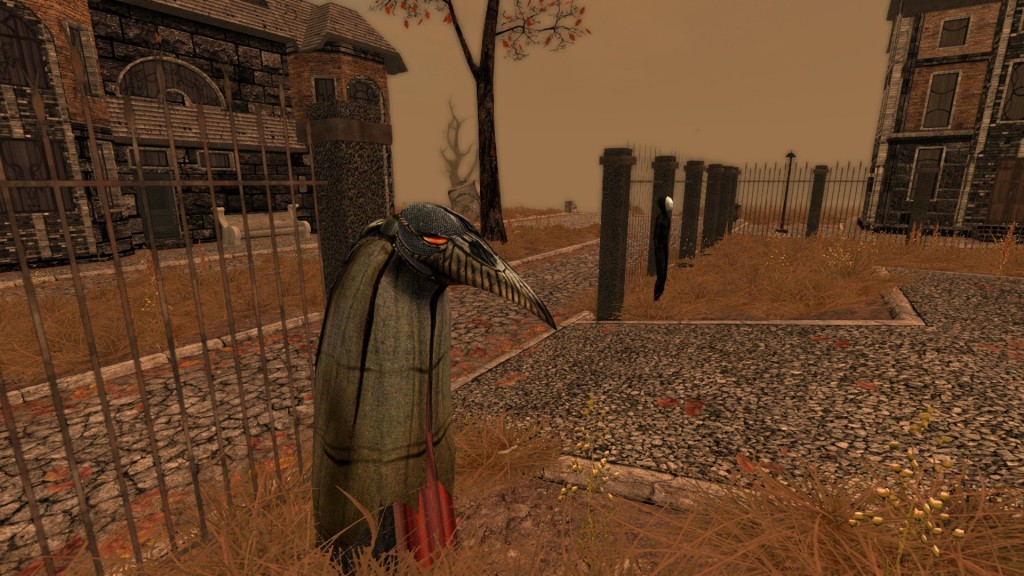 That said, I’m still not ready to give up on this game. Ice-Pick Lodge recently ran a successful Kickstarter campaign for a full remake of the game that seeks to keep its overall mood intact while bringing the gameplay to a standard that’s a little more palatable. I still have my concerns, of course, and the remake will be keeping the 72-hour runtime, something that I feel could be shortened with no real loss, but if the studio manages to fulfill the potential this game holds, they could make something remarkable. Pathologic HD might not be a great game, but as a test case for the remake, it speaks volumes.