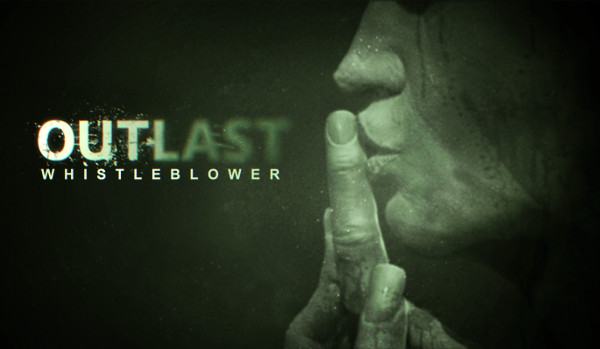 Outlast: Whistleblower is absolutely gruesome; it’s the most violent game I’ve ever played.

I have no other way to begin this review, because that was my very first thought upon completing the expansion to an already shocking madhouse of a game. Envelopes have been pushed (to lengths I’m sure people will consider too far), and I’m honestly surprised this released without any objections. Whistleblower blows the original game out of the water in its attempts to make animated gore scary once again, and I’m both appalled and impressed.

Developer Red Barrels’ Outlast charmed me last year with its intense focus to detail and polish, despite the overused and cliché asylum motif and evil corporation laden plot. Mental asylums and horror have gone together for a very long time, resulting in many examples of uninspired and predictable pieces of media. Where Outlast differed was how much care went into the unabashed and terrifyingly believable chaos found within the asylum’s walls, perpetuated by its inhabitants and fortified by Red Barrel’s artists. Whistleblower does not do much to change the core gameplay of Outlast, but it does inject a whole lot personality into its veins. 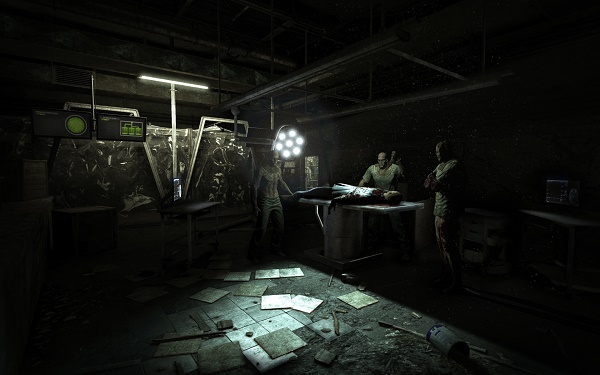 Outlast: Whistleblower begins prior to investigative journalist Miles Upshur’s arrival to Mount Massive Asylum and provides a bit of an epilogue as well. The game’s story is less revelatory than the main game, but in-game notes provide some extra background info that is appreciated. For example, the reason why there are no women in the asylum is revealed and it’s a little unnerving.

As the name suggests, Whistleblower stars an employee of the Murkoff Corporation – the same employee that alerted Miles to the strange activity within the asylum. As Waylon Park, software engineer for the nefarious company, players must escape the asylum amidst a frenzy of escaped inmates and supernatural occurrences. Waylon is equipped with nothing other than a video camera (as was Miles before him).

In what I feel was a missed opportunity, Waylon is a silent protagonist same as Miles, only making noise when hurt or afraid. This is especially odd as Waylon is confronted with unique situations in which you would think he’d like to vocally object to. The game’s narrative introduces him to other vocal characters, which he never takes the opportunity to engage with. It’s not a considerably aggravating issue, just one that’s hard to ignore twice ways around.

Whistleblower is an extension to the main game and in several instances has Waylon tread on Mile’s path, either before or after each other’s arrival. But don’t let this concern you as most of the game takes us to places previously unexplored. New sections of the asylum are visited, complete with an outdoor section shrouded in menacing fog with unidentified footsteps emanating from within. Sterile hallways wrapped in plastic, horrifyingly re-purposed recreational centers, and vertical paths are among the types of environments introduced within the game. 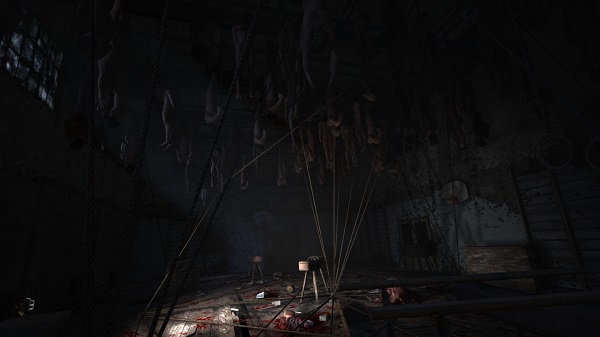 Like Outlast itself, the visuals and art design is staggering in quality. Whistleblower‘s imagery will shock you over and over again in ways that I didn’t think the ESRB would be comfortable with. Some levels within the game could be framed as macabre art for the especially sick and twisted. From texture work to lighting, Whistleblower is quite the eye-candy for horror-lovers and many environments manage to avoid looking too similar to ones in the core game.

Outlast itself had a few interesting characters worth mentioning among the droves of mindless and violent inmates. Dr. Trager’s false friendliness during pursuit made him a villain that you loved to hate; the naked twins’ eloquence when discussing death was chilling; and Chris Walker’s hulking frame and grunting made each and every step a calculated one. These characters and their unique personalities contributed greatly to the game’s atmosphere. Whistleblower follows this same path by introducing a new psycho roster that’s both hit and miss.

The first psychopath’s distinguishing trait is the sound of his bonesaw, which he lugs around as a tool to kill and eat his human prey. The first few areas of the game are dedicated to his pursuit of Waylon, requiring players to sneak around him in order to reach the next location. His appearances are spaced somewhat too close together, reminding us that Outlast‘s gameplay can be a tad tedious. Thankfully, after his unceremonious dismissal, Whistleblower‘s pacing is greatly improved. From then on players direct Waylon from one area of the asylum to another, compelled by the desire to escape and go home to his family (which you read about in his personal notes). 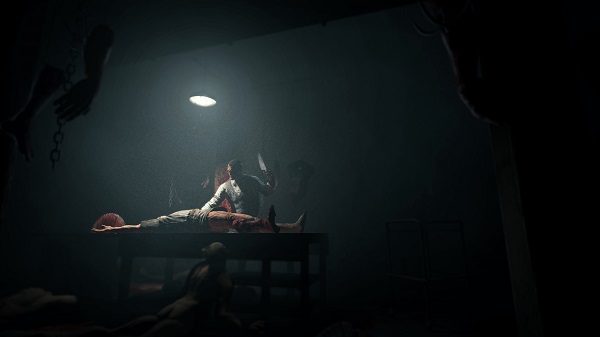 Whistleblower‘s star inmate, referred to as The Groom by others, is the source of the game’s most heinous moments and appears in the latter third of the game. I struggle not to describe what happens because it’s something that should be experienced first-hand. For those who are sensitive to gore and extreme violence, enter this game with a word of warning: Red Barrels goes pretty far in their quest to disturb people. The theme of psychosexual violence is fairly prevelant here and that may upset some sensibilities.

Clocking in around three hours, Whistleblower is about an hour or two shorter than the main game, establishing itself as a wonderfully depraved expansion that doesn’t feel like a shallow rehash of assets and themes. Whistleblower‘s attempts at mixing things up from a gameplay perspective are appreciated, but ultimately lacking. Regardless, if you’re a fan of the main game then Whistleblower‘s $8.99 asking price is too good to pass up.