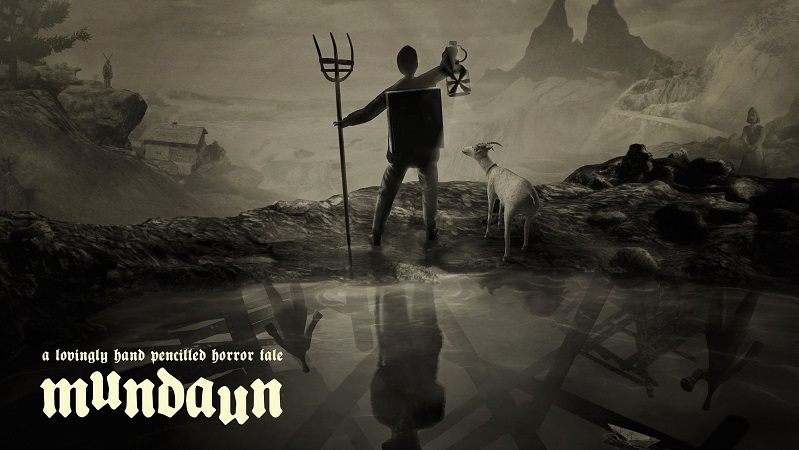 Over the last decade or so, the sub-genre of horror games based on cultural folklore from all over the world has taken on a life of its own, seeing entries from most major countries in some form. While some of them fail to hit the mark and capture a unique sense of that country or region’s culture with its horror, others excel at it. Thankfully, Mundaun is one of those games.

Mundaun is a horror game that takes place in a snowy, mountainous region of Switzerland, in a tiny village, based on a real place, of the same name. The game was developed by a solo developer from the same region, Michael Ziegler, who drew all the art and handled most of the programming for the game.

The story starts as your character heads on a trip to the small village in the Swiss Alps to investigate the death of his grandfather by mysterious circumstances. You’ll soon start to learn that the few inhabitants the town still has left are all haunted by something you can’t quite put your finger on. 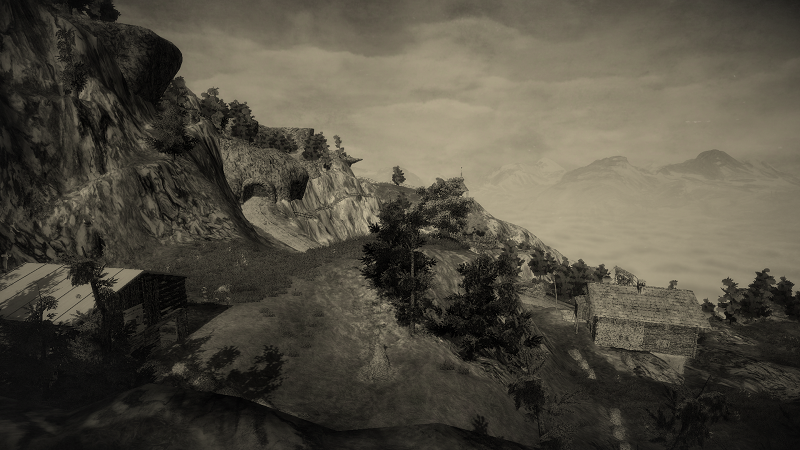 One of the things that sets Mundaun apart from most of the horror games we’ve seen is not only its unique vision of a tale based on Swiss folklore and legends, but also its art style and visuals. While Mundaun plays as a first-person 3D game, all of the textures that populate the 3D models are hand-drawn pencil art by Ziegler himself.

This provides a stark and ominous visual setting, with everything rendered in shades of gray or black. This aesthetic extends to the animations, which have a dreamlike, storybook feel. The way this style is implemented feels very authentic and hand-crafted, lending heavily to the atmosphere and unsettling nature of everything you see in the game.

With this unique art style does come a bit of a detriment, in that the game is excessively dark by default, and will usually require some heavy tweaking of gamma settings to be playable on your platform or monitor of choice. It’s not a big deal, since there is a very wide gamma slider included in the options. Since you don’t get any portable light source until late in the game, many early areas are dark enough that your screen will appear pitch black without gamma adjustment.

During your time in the town, you’ll journey through various homes, huts, caves, and other structures, finding clues and artifacts along the way. You’ll eventually encounter a few types of enemies, all of which have different behaviors and equally different ways to combat them. 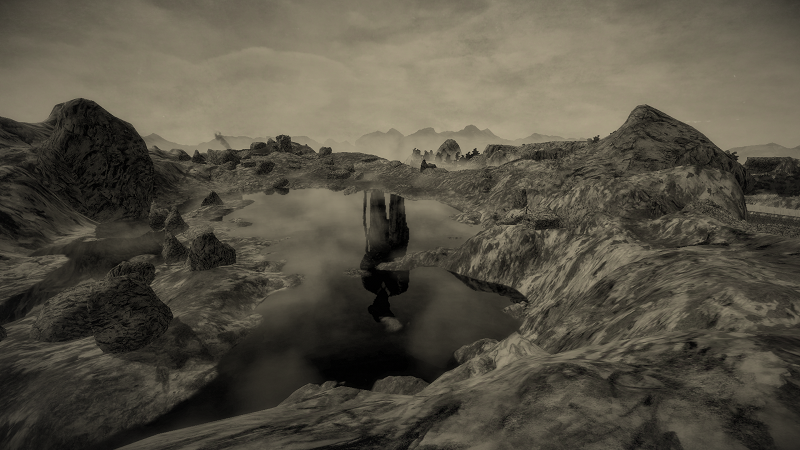 For most of the game, your only options for dealing with enemies are stealth/avoidance, hand-to-hand weapons or running them over with a truck. Later on, you’ll get other options for combat, and these add a few more fun elements to enemy encounters. Combat is always meant as a last resort, so it doesn’t particularly shine and isn’t meant to be fun, but more of a means of dire survival.

The enemies are all appropriately terrifying, as are the sounds they make. Every encounter is tense, and it’s easy to get surprised by an enemy you weren’t aware of when walking into a new area. As frightening as the enemies look and sound, they never posed too much of a threat for me personally, however they can absolutely deal damage and kill you if you aren’t careful. This is definitely not a walking simulator by any means, even if exploration, puzzles, and story are big parts of the experience.

There’s a fear resistance system that essentially doubles as a health meter and a few other skills which can be upgraded by finding hidden items and puzzles. The upgrades are nice, but in this case, the journey is often more satisfying than the reward, as the upgrades didn’t seem to make much noticeable difference.

Mundaun is constantly dripping with atmosphere from the visuals and sound, with no reliance on jump-scares or any other cheap tactics (even though the few jump-scares that are present are really effective). You’ll soak in the ambience of the desolate countryside and feel the bleak isolation overtake you shortly after arriving in town, and those feelings never let up. 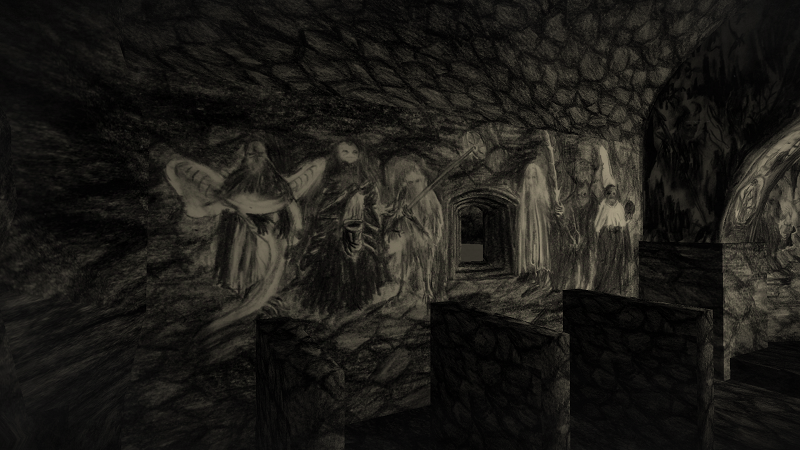 There’s a pretty constant sense of dread that follows you through every field, structure, and tunnel, feeling like something might be right behind you at any time. This had me constantly closing doors behind me when possible and never staring at any painting or object for too long without looking over my shoulder.

The sound design is superb, with music cues used sparingly but very effectively. Tons of ambient sounds consistently keep you on edge, whether it’s the wind whistling through the trees or a brooding storm in the distance. Along with the normal sound elements, there’s also a mechanic where looking at paintings or posters on walls triggers a sound clip that tells more of the story of the image, often with very creepy effects. 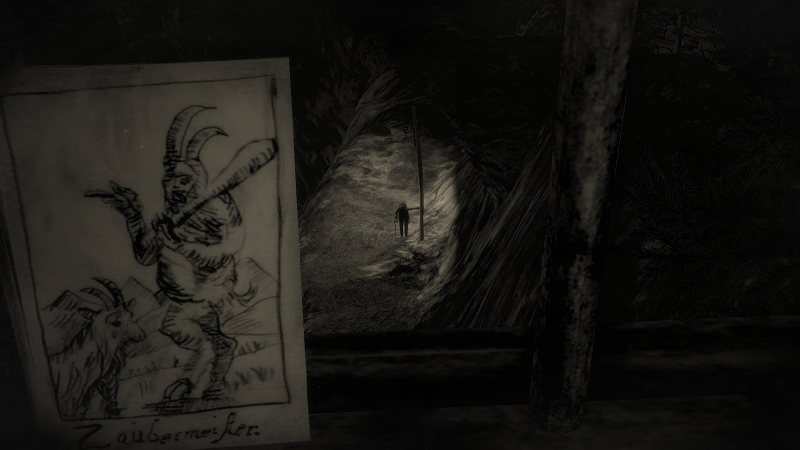 There’s tons of little hidden visual secrets and hints to the story that you’ll have to look for very closely, but which add an extra layer of detail that’s nice to see in such a relatively small production. Every line of text is accompanied by a full voice-over by the characters, all in the authentic Romansh language; a very rare language spoken in this region of the Alps. It’s all well-acted and effective in telling the story.

The puzzles in Mundaun strike a nice balance between a little complex and simple enough to not cause too many major roadblocks in your progression. There were a few puzzles that left me scratching my head for a few minutes, but also times with slightly annoying wandering-in-large-areas-with-no-map to solve a puzzle parts, which felt more cumbersome and stressful than they should have. 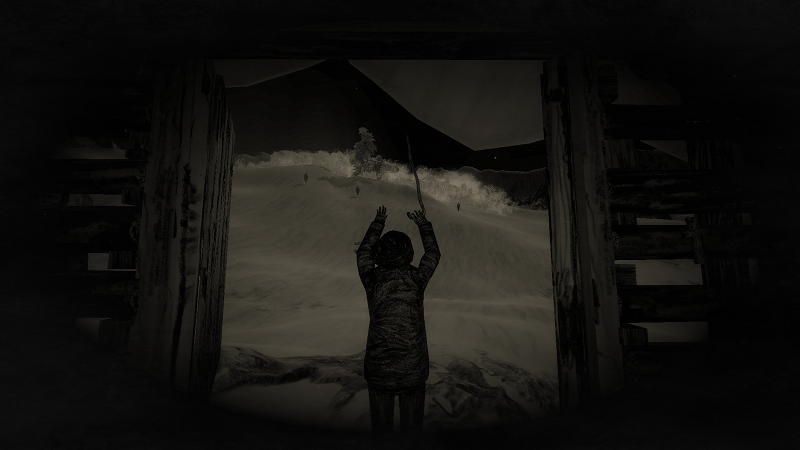 The controls are par for the course for a first-person horror game, with nothing to really complain about, though the driving controls for the truck are surprisingly good for a game of this type. It’s optimized well for controller play on consoles (or if you have one plugged into your PC) and works equally well with keyboard and mouse if that’s your control method of choice.

There were a few little glitches here and there, including one that randomly sent me back to the beginning of the game after a cutscene, but nothing that ever broke my progress very much. The robust auto-save system that saves your last 10 saves just in case you need to reload for any reason is a huge help to avoid any major issues of this kind.

Performance was overall very solid on the current-gen consoles as well as the PS4/XB1 base consoles, so anyone taking this trip shouldn’t have performance issues that affect their experience.

Your journey through Mundaun’s dark world will take you around 8 hours to complete, feeling just about right pacing-wise. Only a few small sections felt obtuse or backtrack-heavy during larger, mapless areas. 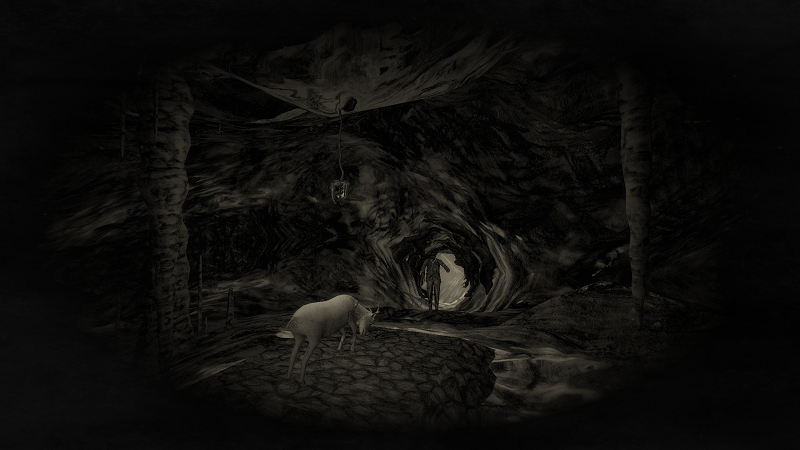 Overall, the $19.99 price tag feels just right for Mundaun, especially given that it’s a breath of fresh air in a sub-genre of heavily cultural horror games. It may not be the most profound horror experience you’ve ever had, but it definitely stuck with me and stood out among its peers in a few important ways.

If you’re a fan of the cultural horror scene or just looking for something a little more unique from your first-person horror games, Mundaun should not disappoint. 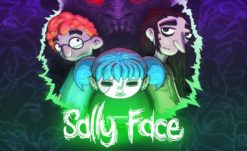