Masochisia is a scary story. I stop short of calling it a game, but that’s something I learned to differentiate since the medium has evolved beyond the simple jumping and gunning. In fact, Masochisia indulges in some very creepy play with its medium, but all it does is distance itself further from traditional “game” territory. But a scary story is a scary story, and that’s worth the price of admission alone.

Based on a true story, Masochisia takes place in the southern gothic outskirts of American society. Your character, Hamilton, lives on a farm if that farm was decorated by Edgar Allan Poe. Basically lots of avian imagery mixed with old gothic architecture. The surroundings are drawn and designed with maximum eeriness in-mind. I don’t know if the animation is hand drawn but the expressive art style features strikingly demented looking character design, each character looking like they’re both starved and diseased. Masochisia is a point-and-click adventure, but its lack of puzzles makes it a particularly passive experience. This isn’t a bad thing, especially for some of you who simply enjoy good horror stories.

Hamilton is the second son of a twisted old, religious zealot. His father beats him, locks up his brother, and terrorizes their mother all because of his religious delusions. Religious horror runs throughout the game, and is the thematic underlier for Masochisia. References to biblical imagery, and its constant presence acts is a threat to young Hamilton, whose father uses religion as an excuse to be a terrible human being. One day, after a particularly enlightening beating, Hamilton is set out on a quest to meet an angel, and it all sort of goes to hell from there. To say anymore would spoil the whole game, which isn’t very hard given how short the game actually is. Masochisia is about 2 hours, so divulging a little bit of the story threatens to unravel the whole thing.

So because I can’t talk too much about the story beyond its setting and Jesus, we’ll move on to why it’s worth your time. The game feels particularly experimental, especially with a handful of neat tricks that really play with the programming form. Jon Oldblood, the developer and writer, seems more intent on interacting with player than letting the player interact with his game. Might be a good or bad thing, depending on your preferences for horror games. Basically, don’t expect to shoot anything here. But there’s light stabbing I won’t go into. In a way, this is a really good study on what makes a psychological horror game. There are moments of self-analysis and 4th wall breaking. There are questions here about the nature of evil, and it tackles questions like sadomasochism through an unnerving lense. But the game’s open-ended conclusion makes the whole thing feel rhetorical. It really feels more like a research project in the form of a game more than anything else. I enjoyed that aspect of the game, but I’m not sure of the game’s appeal beyond horror nuts. Still, you’re reading this review on RelyOnHorror.com so I can’t be far from the target demographic here. 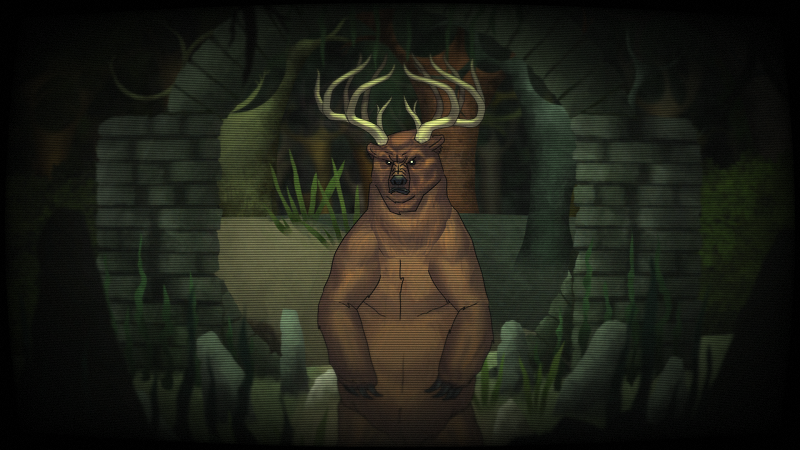 Ultimately, you’re getting a pretty solid horror package for the price. If reviews are for recommendations, then you’d have mine. I hesitate on a lot of the experimental aspects of the game. Some of the 4th wall stuff really made me appreciate the videogame in terms of it as art, rather than the scares the game managed to generate on its own.