Brought to you by the wonderful creators of Half Life and Counter strike, comes the sequel to last years zombie apocalypse first person shooter. One year after the initial title hitting shelves Valve has now released the sequel, but is it any good to merit a purchase? 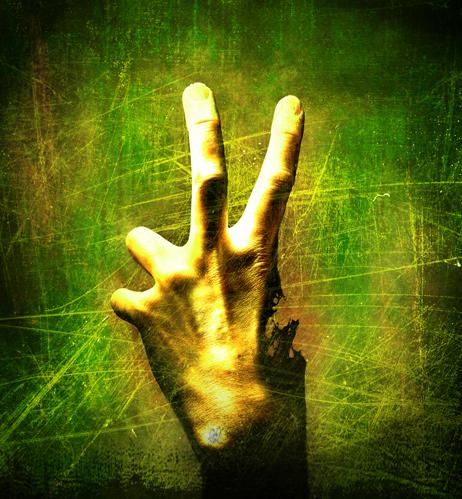 Graphically this title doesn’t see much improvement over the original. Some lighting effects here and there are touched up but nothing too drastic. One thing that definitely stands out though is how most of the levels see you in broad daylight as opposed to being in dark urban areas in the original. The weather effects are also an appreciated addition via “the director” which now actually controls the said feature.

The music in this game will sound instantly familiar to fans of the first title, albeit with a southern mix. Hearing a slightly new version of the main theme is really nice and it fits with the mood the game creates. Besides the slightly altered soundtrack, the sound effects haven’t seen much tweaks, unless you count the witch’s moan and how it sounds somewhat different than last year.

The gameplay is not “more of the same” , yes the core game hasn’t been messed with. The formula still is to survive while reaching safehouses to refill health and ammunition. But if you have a winning formula, why mess with it, right? But thankfully Valve has decided to add new additions to the game. Healing seems to have seen a small boost of speed, which is quite convenient when in the midst of a horde. Speaking of speed , you now are able to use adrenaline which comes in handy when you are trying to run from a horde but are in the brink of death. You also have the ability to bring a fallen team mate back to life. But the biggest addition is melee. You can’t pick up everything you see lying around but there is a nice healthy selection. Ranging from cricket mallets to katanas to axes and to the all too satisfying chainsaw. You now have more ways to take down zombies.

If this were strictly a solo experience the review would have ended above, but as we all know, Left 4 Dead is best experienced with a buddy. Wether it be off or online. This is the ultimate zombie lover’s game. You could run through all of the games 5 campaigns online with up to three other players. You could also take on alternate version of the campaign mode dubbed : Realism mode. Gone are the colored outlines present around your team mates and items, and present are zombies and special infected with greater amounts of health. So yes, going for the head is the name of the game in this mode. Valve also added Scavenge mode to the online mix. Scavenge pretty much sees you in a set arena taken straight from the campaign and you are tasked with finding gas tanks and filling up some sort of vehicle for escape. With the ability to also play as the infected, just like the returning versus mode, this mode can get really hectic and addicting. Yes, versus mode is back and the additions of the new specials are a great thing: the spitter, charger, and the jockey are all right at home with the now classic boomer, smoker, and hunter. And another great thing Valve decided to do was add survival mode right out of the box as opposed to the dlc it was offered as for last year’s original.

It may seem like the Left 4 Dead series is strictly a co operative experience, but a story is found within this game. It is presented to the player via an awesome intro that shows us our survivors and the current situation at hand. And to you get more tidbits of story via in game dialogue from all 4 of the new survivors: Rochelle, Coach, Nick, and Ellis. So when you are done with all 5 campaigns you will have had a decent storyline to go along with the carnage.

Now, many say it is too soon for a sequel and many are struck with the notion that Valve is going to abandon the original and focus solely on the sequel. Valve has continuously stated that that is not the case and that they will be supporting both games. This game deserves a purchase, it definitely feels like a much more complete package than the first and while it many not be jumping leaps in innovation, what sequel is nowadays anyway? This is without a doubt a game of the year nominee and it is highly recommended to not just horror fans and George Romero fans but also to anyone looking for an awesome run through a zombie apocalypse. And plus, it’s getting us ready for the one that is inevitably coming…

Left 4 Dead 2 gets a well deserved 9 out of 10. And a HIGH recommendation.