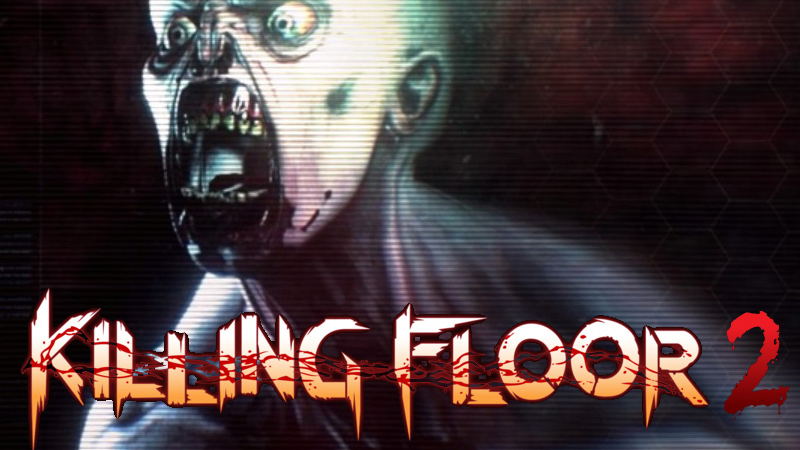 Killing Floor found its humble roots as an Unreal Tournament 2K4 mod that gave developer Tripwire Interactive some limelight (along with their WWII game, Red Orchestra, of course). After gathering a cult following with years worth of fan content for the first game, and spending some time baking in Early Access; we’re now treated to the long-awaited sequel, Killing Floor 2. From the start, KF2 promises to expand upon the original in every way and keep bloodthirsty fans sated for the foreseeable future. We’ll come to find however that Tripwire’s eyes are slightly larger than its stomach, as they may have bit off more than they can chew in terms of features (for now).

Killing Floor 2, like the first game, is simple to understand (and thus makes for great tradeshow demos). Undead cannibal mutants, known as specimens, are wrecking havoc on a variety of locale ranging from backwater forests to hidden test sites to the streets of a burning Paris. Your job is to defeat several waves of these “Zeds” while gaining dosh (money) to buy better equipment with a team of up to 6 survivors (by default). Players are given a switchable perk that enhances up certain parameters and buffs the use of specific weapons. And likewise, using abilities pertinent to each Perk or scoring kills with those weapons will increase that Perk’s level. This not only makes the game easier, but diversifies each teammate’s playstyle. Using weapons meant for other builds will still level up the other perks so the game incentivizes mixing things up. A Level 20 Berserker will function very differently from a Level 1 Commando. A cool feature that also comes back from the original is “Zed Time” in which for all players, time will slow down regardless of what you’re doing, giving you a slight moment to take in your surroundings, line up a headshot, or score an important advantage. 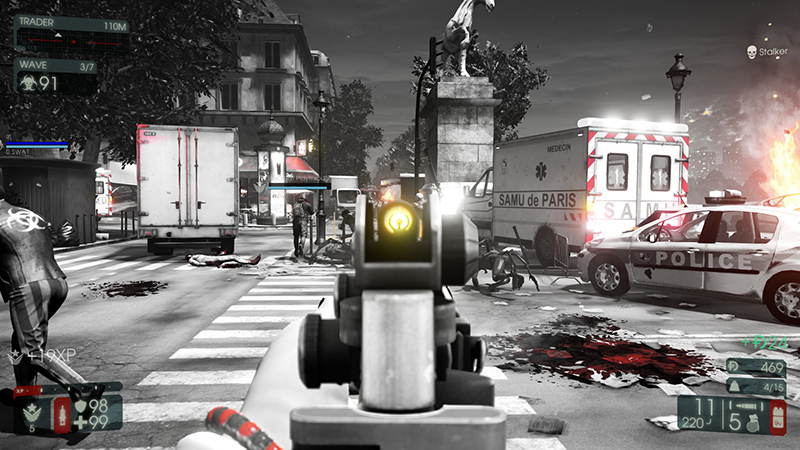 Graphically, the franchise has finally been brought up to modern standards as it uses a very heavily modded Unreal Engine 3 over the original’s UE 2.5. The various stages have decent lighting now and the Zed Time effect is more apparent as a nearly monochromatic wash covers the screen. While the specimens can sometimes blend together too well with the environment, it’s a welcome improvement over KF1, which even when it came out was considered underpowered. The booming soundtrack, while not particularly memorable fits the game’s mood perfectly and regularly changing tracks making sure you’re not left in silence too often. Although characters will still regularly spit out dopey one liners, the acting and audio quality have received a welcome upgrade.

Like KF1, the sequel encourages fan participation as a number of maps and modifiers have already made their way into the game. Whether you want to brawl on Peach’s Castle from Super Mario 64, or do so with up to 48 players, the game supports some chaotic player-created content if you want to break up the monotony. 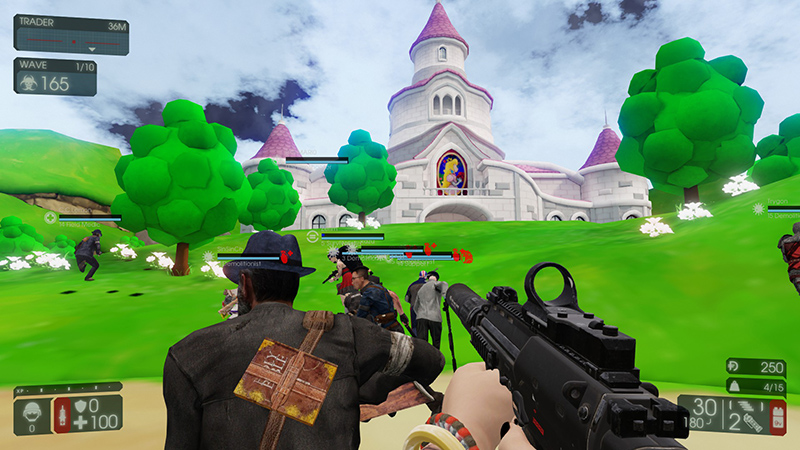 Unfortunately, that’s where most of the praise for the features end and the fresh skin for Killing Floor starts peeling off. Besides the main gameplay mode, KF2 adds a PVP mode called “VS Survival” where each side takes control of the Zeds for a round and whichever team survives longer as humans wins. The Zeds are not necessary fun to control or feel that diverse (unlike say Left 4 Dead 2), and it’s more chaotic than it is enjoyable. Most of the playerbase I’ve encountered have stuck to the standard experience and thus, the new mode is a bit dead on arrival. 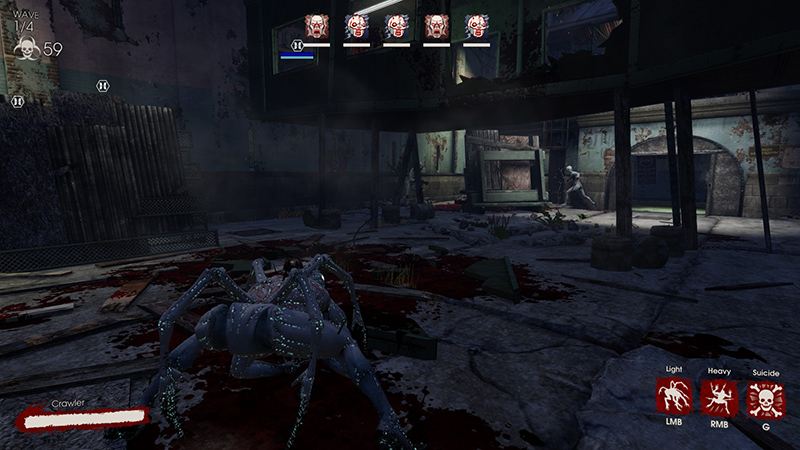 Balancing has changed the game for possibly the worse. Zeds are meatier than before and many of the elite units take much more ammo to take down compared to the original. Since everyone starts with Perk-based weapons instead of pistols, the game hasn’t been tuned properly to have faster Zed kills and more damage taken, versus prolonged deaths for human and Zed alike. There was something very satisfying about taking down a Fleshpound on your own in KF1 as you could do it in 5-10 seconds or less, but here, you’re just circle strafing and hopping backwards for a good 30 seconds watching a healthbar slowly deplete. Luckily, the weaker enemies still go down in one well placed headshot and with the improved gore, that never gets old. Features like welding have become more useless. Doors now have a finite amount of health before they’re outright destroyed. While it prevents scenarios in the original where you would have two players constantly on door duty, it’s far more useful in KF2 to find a good open place to bunker down and start firing away while walking backwards in circles rather than make a strategic funneling point and coordinate like you would in KF1. 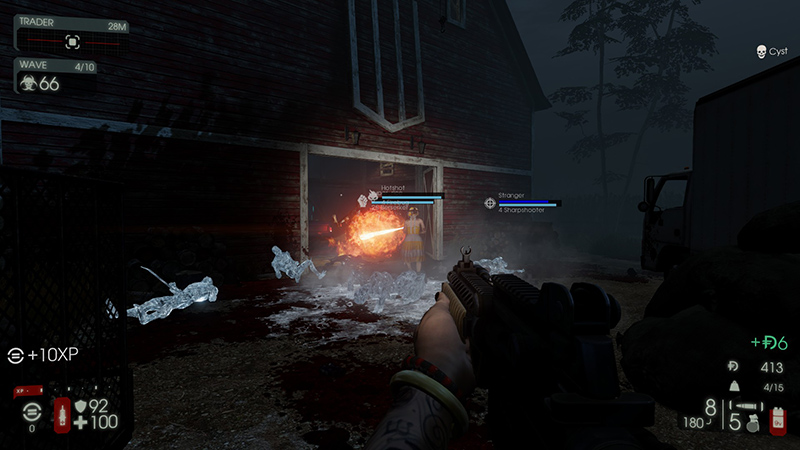 Leveling up, while it adds longterm goals, takes a bit too long. It will be hours before you unlock your first unique ability for just one Perk and the requirements only rise exponentially from there. If you prefer a certain weapon but dislike the Perk associated with it, then it feels like wasted experience points. And the risk of having long leveling times comes with the reality of monotony. Killing Floor 2 is a very redundant experience if you’re not including custom content and after you get the hang of things, your 5th hour of playtime is going to be exactly the same as your 20th. Other games will level you up quickly so you can start to experiment with different playstyles and develop a team comp. you’re your mates. Meanwhile, this will put you through the grinder for several games just for you to find out you don’t like the ability you wasted time trying to get, or someone else on the team is already camping on taking that role.

The game launches with only two bosses out the gate, a grenade tossing madman named Dr. Hans Volter and the return of the Patriarch who has been hitting the gym as of late. Both occupy the final wave of any session and will summon infinite waves of lesser specimens to distract you. While they do add some last minute chaos, they also suffer from having too much health. Both of them also rely on the dull strategy of tracking down one player and bringing them dangerously close to low health unless another character aggros them. Not exactly anything tactically exciting past your first encounter with them. 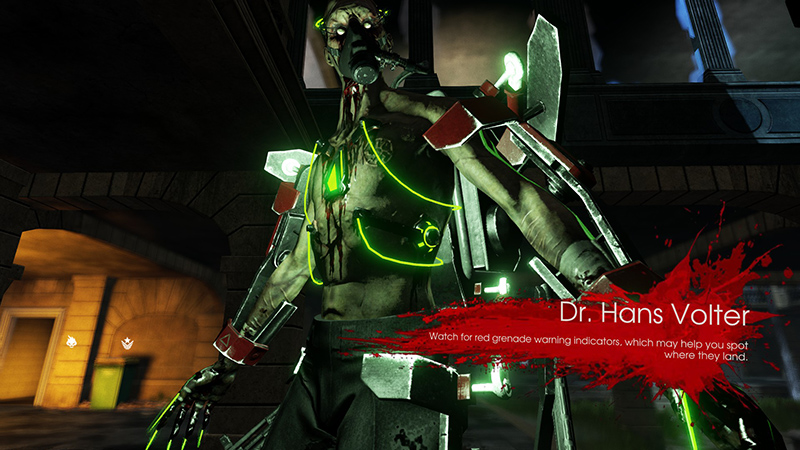 Other downsides include a parrying system that becomes somewhat useless with multiple enemies attacking you, a number of weapons that feel like they have very little differences, some of the classes feel redundant, and a TF2-like gambling/micro-transaction system that takes priority over free fan creations in the first game. The list goes on and on in spite of the promise that things will get fixed eventually. KF2 seems like a bunch of interesting experiments that were never finalized or phased out past the Early Access period. 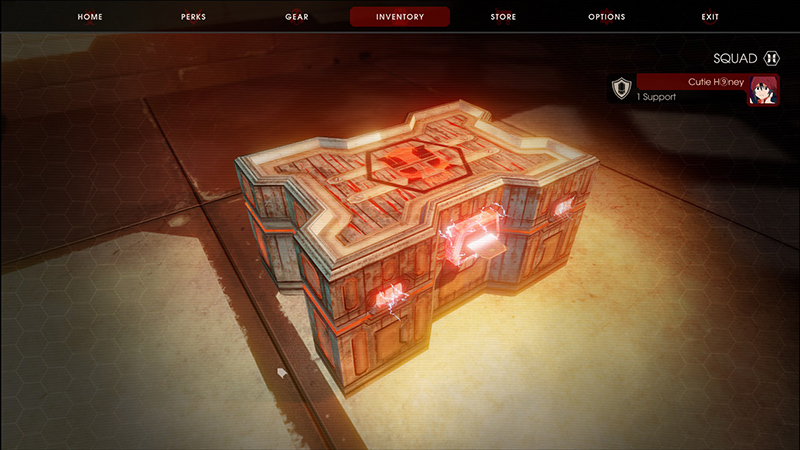 Make no mistake, the core experience of Killing Floor 2, especially with friends, IS indeed fun; but it comes with the caveat that it’s currently barebones compared to KF1, let alone a standalone title. For what actually was put out by the (several times delayed) release date, KF2 makes Tripwire’s sequel look like a half-eaten corpse. As a big fan of the original, there’s not too much reason to immediately take the plunge. PS4 owners will have something fresh to consume this holiday season since this is the franchise’s first console outing, but it still feels like an a incomplete snack than something you’d like stuffed into your stocking this holiday.

Note: A review copy for PC was provided by the Publisher.