If you’re anything like this reviewer, your enthusiasm for the Playstation Move peripheral had died shortly after the controller’s launch.  It’s sad, simply because there’s so much potential to be had.  That potential lies particularly in scoring some awesome titles that didn’t quite see as much success on the Wii and making them better.  This is definitely the case for House of the Dead: Overkill – Extended Cut.

“But wait!” you proclaim, “Isn’t this just the same game released on the Wii a couple of years ago?  Slathered up with some new paint and put in a new box?  Sounds like a rip-off to me.”  It would definitely appear that way at first blush, but there’s plenty that Overkill-Extended Cut offers to 1-up the Wii version. 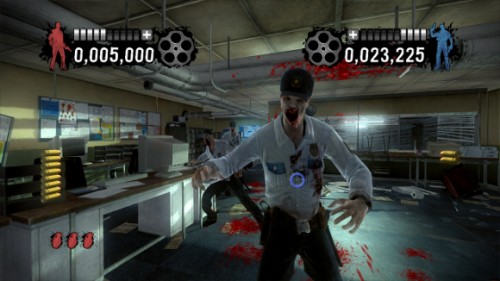 Overkill – Extended Cut contains new and exclusive levels, game modes – including a Director’s Cut version, new weapons to decimate the undead with, Trophies and other unlockables that add intense amounts of replay value, an online leaderboard, plus the ability to play the whole thing in 3D.  Not to mention the fact that the game has been upscaled and runs a lot smoother than the Wii version did.

One of the big bonuses of Overkill: Extended Cut is the 3D support.  Since we don’t exactly have access to a fancy 3D TV for stereoscopic 3D, we had to settle for the anaglyphic 3D (if any of you out there do have a 3DTV, let us know how it is in the comments section).  While it does add a new ‘dimension’ to the game, it takes a while to get used to and I personally preferred the 3D off.  It might be because of corrective lenses, but others have claimed that it’s just dandy and prefer the 3D on all the time.  Depending on how you view 3D, you could fall into either category and it’s definitely a nice inclusion. 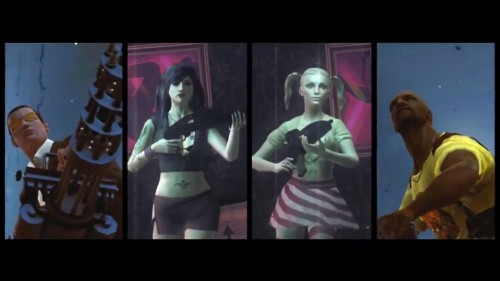 Story-wise, this is your typical House of the Dead game.  You (and preferably a partner in local co-op) shoot some zombies, collect some unlockables, save some civilians, shoot some more zombies.  This story specifically follows Agent G and Detective Isaac Washington as they track down Papa Caesar and Clement Darling.  Extended Cut also features a whole new side story that features two vengeful strippers on a path of destruction as well.  It’s not outright porn, and the extra content features the same kind of comedic banter, appalling language and disgusting monstrosities that make the original campaign so great.  It’s a welcome addition and it definitely fits the grind-house style feel of the game. 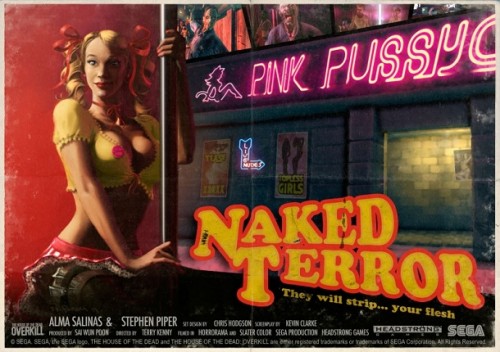 The game isn’t overtly difficult on normal, but at the same time, punishes you severely for dying.  While continues are unlimited in normal play, each time you die costs you about half of your points total.  We certainly wish it wasn’t so punishing, especially on the higher difficulties.  The most frustrating event being dying two-shots before the end of the level (seriously, it happened.  TWO SHOTS AWAY!)  The included Director’s Cut has limited continues and tougher baddies, and Hardcore Mode is headshot-only mode.  The difficulty ‘is’ there, for those who want it.

Of course there are some things that we’d wished would have been polished out before releasing.  The game controls similarly to the Umbrella Chronicles for the Wii – complete with shake to reload, but sometimes you really have to jerk on the controller to actually get a response (….).  Call us vain as well, but some of the aesthetics definitely have the tell-tale signs of being a Wii port, despite the best efforts to mask it.  Additionally there are enemies or artifacts on screen that are supposed to be there, but then disappear.  And although online is utilized for the leaderboards, we can’t help but feel that there was a lot more that could have been done with it.  Overall these are some downers, but they don’t ruin the experience.

So…the issue of swearing.  When you’re an adult, abrasive language suddenly loses a lot of its shock appeal, simply because you’re an adult, you can talk however the hell you like.  Overkill’s extensive lexicon of foul language was supposed to be over-the-top, and it certainly is.  However, an attempt at being gritty and hardcore is simply obnoxious.  Initially I personally found it pretty damn funny, but as the game pressed on, I found it slowly start to chip away at my sanity, until I was saddened that one of the minigames was in fact, not to shove a bar of soap as far down Washington’s throat as I possibly could. 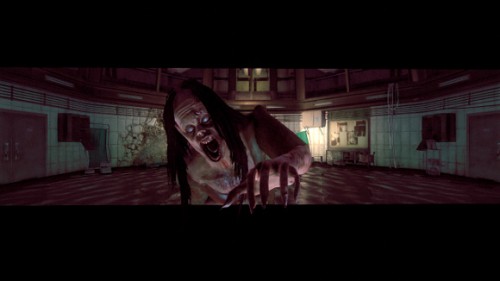 Don’t have a Playstation Move?  Overkill – Extended Cut can also be played with the Dual Shock as well.  But in all honestly why would you?  It’s like playing Rock Band with the standard controllers –it can be done, but where’s the fun in it?

House of the Dead: Overkill – Extended Cut is a game that doesn’t take itself too seriously.  The voice-acting, gore, sexual themes, violence and heavy language are so over-the-top that it’s hard to take a game like this seriously, which is exactly the intended experience.  Like how Saints Row compares to Grand Theft Auto – sometimes the over-the-top style of the game is better than a gritty-realistic type. If you’re looking for the latter, then Overkill – Extended Cut just isn’t for you.

For those looking for the former, grab yourself a Move controller and get ready for the best House of the Dead experience you can get without a handful of quarters.