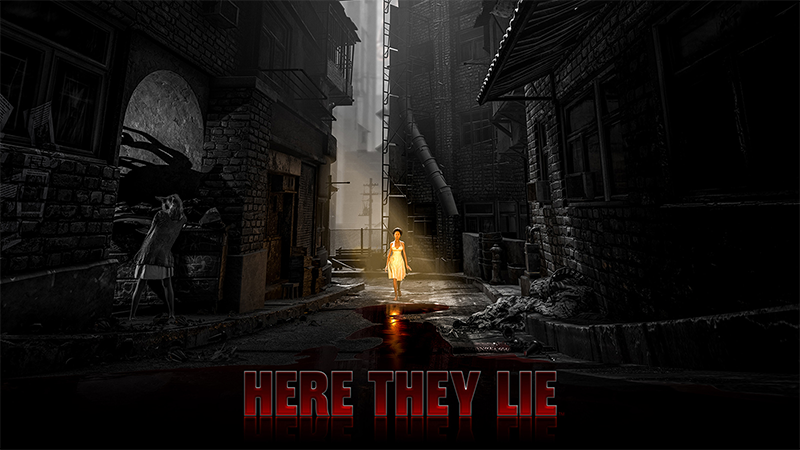 Here They Lie was an early PSVR title that intrigued folks who managed to beat it and physically infuriated those that didn’t. Releasing in October, the game was notoriously lambasted for causing nausea within minutes and headaches that would last well after taking the headset off. Myself included amongst the victims, I would not be able to play the game for more than 10 minutes at a time and eventually gave up after three attempts.

This would all change with the release of a non-VR mode in March, something that the developers probably should’ve included at the start to avoid the early negative impressions. Taking the opportunity to finally be able to play a game I was provided a review code for, I was able to tackle this thorn in my side and the end result turned out better than expected. 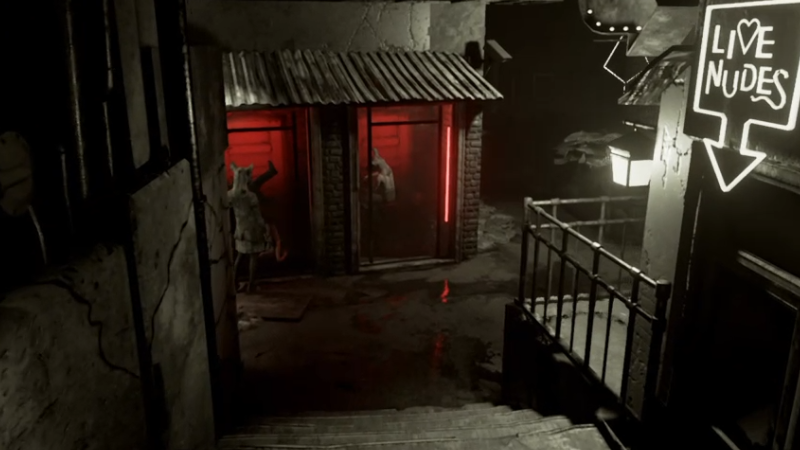 From the start, you know not everything is quite what it seems as HTL introduces you to a woman you’re chasing after in a city that doesn’t seem to have any (normal) life in it. Along with a guy on the phone who’s always having a one way conversation with you and the sense that something dreadful has happened just before your arrival, it’ll be hard to tell what is real and who has it out for you. As you proceed, things will get more and more abstract in the two hour runtime with a conclusion that might require you look into its meaning afterward. If you’re well read into metaphors, though, it isn’t as deep as a Virginia or an INSIDE.

Here They Lie is split up into three different gameplay sections; 1/3rd of it is basically a “walking simulator” – albeit with some trippy visuals that get wilder as you progress, 1/3rd of it is a stealth game as you move your way around enemies, and the last third is sections where you’re running away from a man of fire that’s constantly screaming and warping the level around you. 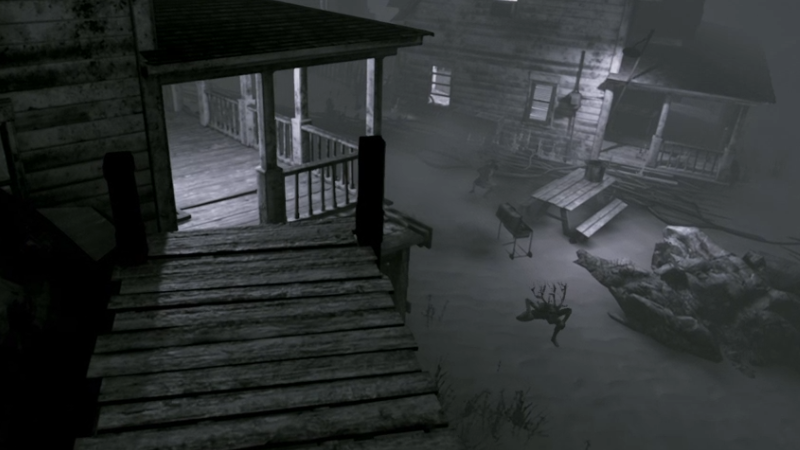 While I didn’t die during my playthrough, the game does despawn enemies that manage to kill you. Due to this, there’s never a sense of frustration of getting stuck. This was especially important for when the game first came out as getting flustered in VR is far more annoying than playing the game without a heavy object on your head. While there’s plenty of abstract collectables to find, there’s no combat or item management; if you desire more of a challenge in your games, HTL won’t be for you.

Regarding the graphics, the quality of the visuals vary greatly. Most of the time, you’ll feel engrossed inside these city environments that manage to be both massive but claustrophobic. However, some of the textures and effects leave a little to be desired. HTL delivers a vast majority of the time, though, as you’ll be treated to some trippy shifts in the environment akin to games like The Evil Within, Spec Ops: The Line, or Nightmare House 2. The characters you’ll encounter are either disturbing on a physical level or on a moral one as they’ll beat each other up brutally or even have sex in public. This counteracts the main female character you’re chasing after, however, who brings in a bright, hopeful gold color to the mostly monochromatic landscapes you’ll see most of the time. 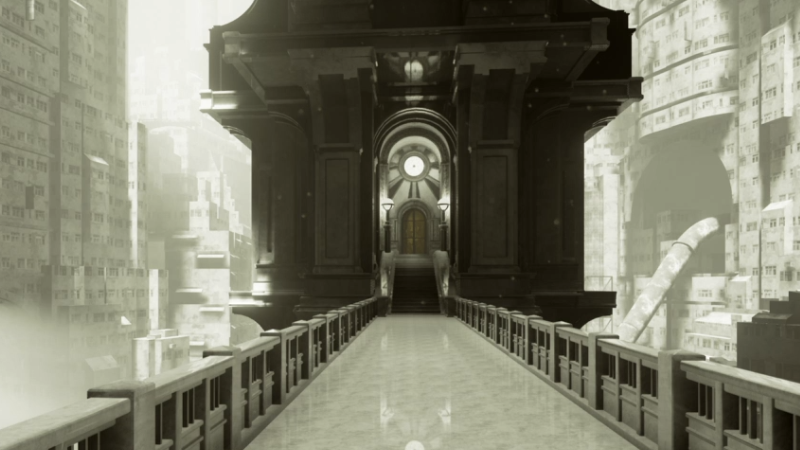 Playing within the PSVR headset is still a major problem. You have two options for movement in this mode: either shifting at 45 degree angles like some VR games provide or by moving left and right at a much slower speed and a reduced viewing distance to combat motion sickness. Neither really worked well for me and even thinking about them is giving me headaches while writing this. Resident Evil VII somehow found a better balance to full movement within VR and it’s a shame the right tweak wasn’t discovered in HTL. The headset also makes the aliasing very apparent and it feels like you’re looking at a Nintendo 3DS screen up to your face. As most environments you’ll encounter are in black and white, it also makes navigation sometimes confusing. Some of my friends, however, had absolutely no issues whatsoever with playing the game in VR, so it’s going to vary person to person. 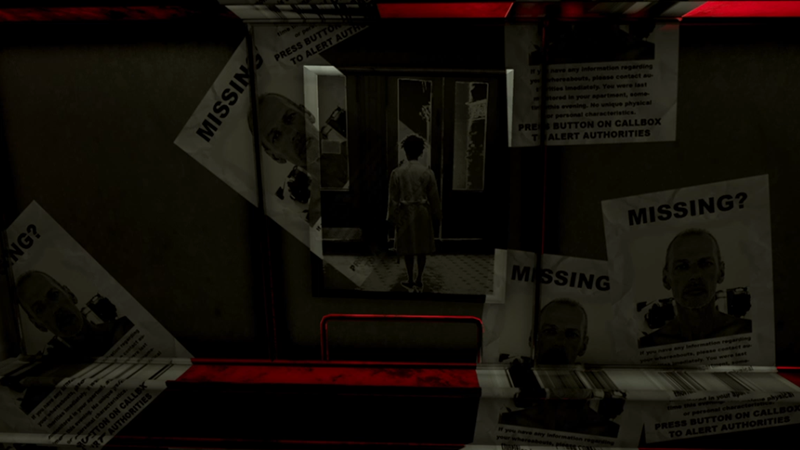 Here They Lie does deliver on a sensation I haven’t really experienced in games and that’s the experience of walking home in an urban area at night. If the concept doesn’t quite make sense, it’s the slight feeling of dread as you’re walking out at an hour where most people are already home with low visibility and just a few random people to meander past along the way to safety. You know the chances of actually getting accosted are low, but at the same time, everyone knows someone who’s been mugged or attacked. Referring to my own bad experiences, it’s the fear that invades your thoughts when walking past alleyways where streetlights don’t shine or when seeing someone coming from a few streets away, hoping they’ll make a turn before they cross paths with you. 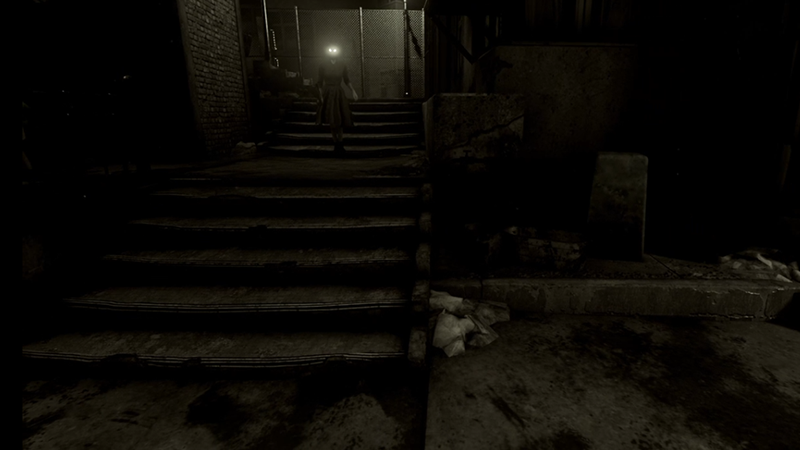 The game captures that sensation to an uncomfortably close degree as the main mechanic for avoiding enemies is to stay out of their range of vision and to just keep moving if they spot you and try to call you out. When they do see you, their eyes will glint yellow and the sound cues let you know immediately you’re being confronted. The common crawling enemy you encounter will make a guttural choking noise as they chase you and it never ceased to be disturbing despite seeing more and more of them as I progressed. I found myself trying to walk past NPCs as fast as possible while maintaining distance and not turning around when I sensed danger behind me. While a few rare jumpscares and so-impossible-it’s-not-scary events pop in every once in awhile, they are snuffed out by the actual tenseness HTL provides. At the halfway point, the game’s enemies also function as gatekeepers of progress, so it adds an element of not knowing which NPCs to trust or not while constantly being surrounded by them. 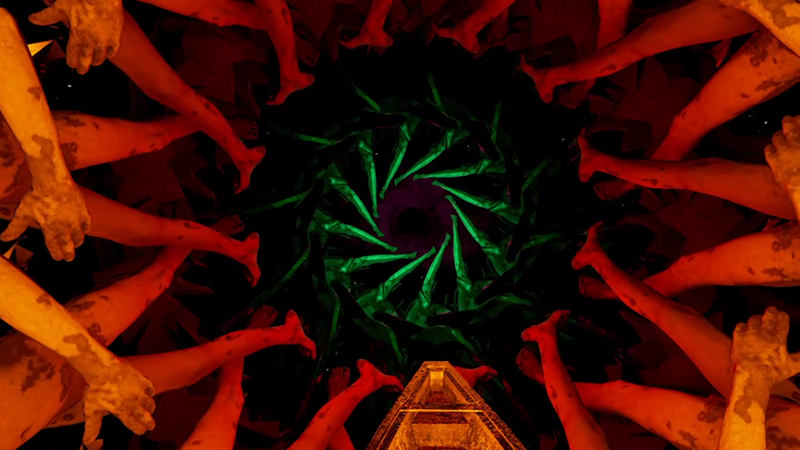 While short and very guided, Here They Lie not only successfully delivers in the horror department but also grants some psychological spectacle that most games don’t have the opportunity to convey. It’s a shame that being exclusive to VR early on and the $20 price tag locked most people out of experiencing it. But now that it has broken out of those shackles, it’s worth playing or at the very least viewing.

Note: A review copy was provided by Sony. Played through the entire game without Playstation VR.