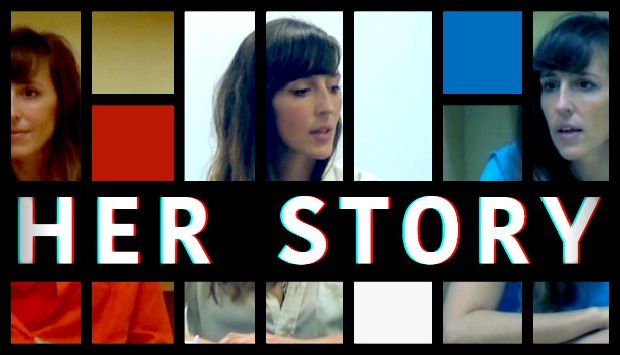 I seldom call anything “revolutionary” because I’m hyperbolic enough as it is. When something amazes me, I’ll tell you why in the best way that I can, but I don’t think any video game that I have played in the last several years really stood out to me as revolutionary in any way. For example, The Last of Us provided gamers an engrossing narrative of high quality within the gaming space, with some propping it up as a defining moment of video game storytelling. But a cinematic experience is not quite utilizing the medium’s strength to tell its story, even if it’s a good one; it’s a far greater feat developing a game narrative that excels because of interactivity.

Her Story, a game developed by former Climax UK developer Sam Barlow, is one such game that I’d consider calling revolutionary because the interactive element that defines what video games are is taken advantage of as a means to unravel a story in a singular fashion. Her Story is best described as a crime thriller FMV game. Players are given access to a police database that has backed up files from the late 90s without clear cataloging. In this database, there are hundreds of short video clips spanning several days featuring a woman being interviewed by the police about her missing husband. With no set order in place, players must dive into the clips and uncover the truth. 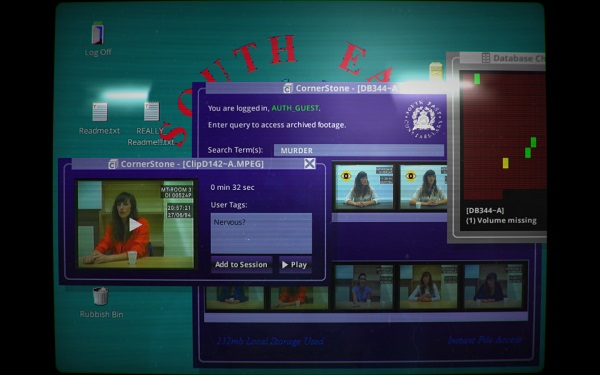 The interface designed for Her Story is one that’s intentionally archaic and low-tech. Once the game starts, you’re greeted by a scratched and dusty CRT computer monitor with visible pixels and an audible electric hum. Lights from within the room you’re sitting in are visible on the screen, and occasionally you’ll see a brief reflection of the person you’re playing as. As you’re jumping into a story set into the past via aged technology, this low-tech aesthetic carries throughout the game, with all of the game’s clips appearing to have been recorded using camera and audio technology of the time period. All of the minute visual and audio details establish an appreciable motif on the part of Barlow, who I’m sure is responsible for the Silent Hill: Shattered Memories’ VHS and CRT styled effects as well (aside from the game’s story of course).

Sat down in front of this computer screen, both yours and in-game, a helpful readme.txt file explains how to play the game. Using the database’s search function, you can search keywords or direct quotes and find video clips in which those terms link to. For example, if you search the word “car” you’ll have one or several results in which the word “car” is spoken by the woman. Multiple words can also be searched at once as well as direct quotes. From this point on, the story is slowly discovered based on whatever terms the player come up with, whether that be randomized or based on a detail observed from a prior clip. 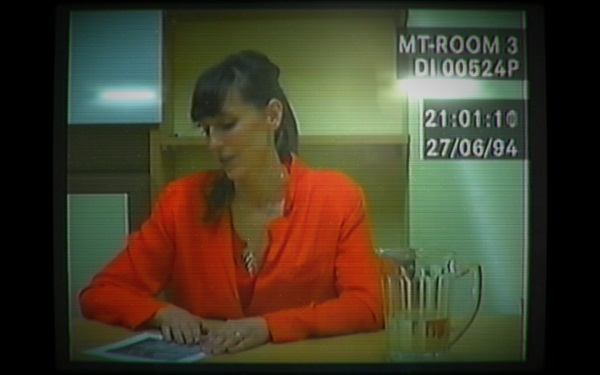 These interview clips are incredibly captivating, not only because of actress Viva Seifert’s nuanced performance, but because of the non-sequential structure unique to each player of the game. This aspect leads to players uncovering new clues and events in a randomized order that has a profound effect on how they will perceive the game’s story up until the end. A linear story would be a disservice as this game is about being a second party observer, one unfamiliar with the long-since-passed event and tasked with pursuing answers to a degree of their wishing (you don’t have to end the game when the option becomes available). While playing I humorously thought that I felt like Homeland’s Carrie Mathison in the scene where she’s having a manic episode while piecing together her suspect’s actions, motivations, and words into something tangible to support a theory.

Her Story excels in not just storytelling, but as a video game; the medium fosters the game’s story so that it can be told in a way not possible otherwise. Sure, we can easily edit the interview clips together into one video, but it’s not just about what’s learned about this woman and her missing husband, but the journey that takes you to it. It’s a slow burner without structure. One can watch a film, watch as the drama gradually unfolds and then hits the climax. Set up, conflict, resolution. Beginning, middle, end. More cinematic games do just that; they emulate the established structure of film or television. It’s the non-linear aspect of Her Story‘s narrative that makes it a compelling game to play. Many will throw around the non-game argument toward Her Story just as they did with Gone Home or Dear Esther, but saying so is ignoring the attributes of games that grants writers exclusive opportunities.

Can I be more specific about the game’s story? No, I really can’t be. Sure, specific plot points may not be 100% satisfying or even original, but it’s engaging. You just have to try it for yourself. I can’t and won’t tell you about the themes and possible influences without affecting your expectations. All I can say is that Her Story raises the bar and accomplishes a narrative that intrinsically works because of its medium. That is quite an accomplishment, and damn near revolutionary.