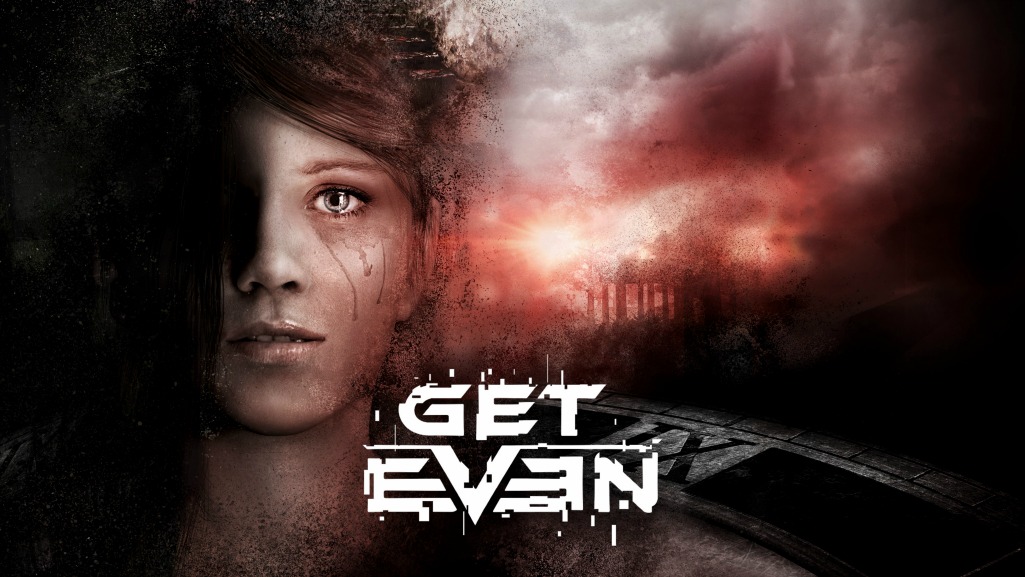 In many ways, Get Even seems destined to be a cult classic. An under-the-radar mid-tier release in the summer of 2017, it feels like a game meant to be released and forgotten like so many other indie walking simulators and shooters of the same ilk. Yet developer The Farm 51 has managed to craft an ambitious package that rises above the rest of the pack, and although the experience is marred by a few technical issues, it is a worthwhile game for anyone looking for a smart first-person thriller.

Get Even puts players in the shoes of Cole Black, an amnesiac mercenary-type who awakens in an abandoned mental hospital after a hostage situation gone wrong. With an experimental headset that can help him relive memories and the guidance of a voice over the intercom that simply goes by “Red”, Black sets out to piece together the events that led to his current predicament. In the process, Black uncovers events that tie his fate to Red’s in unexpected and dangerous ways. While the story starts pretty slow — with an abrupt introduction of the setup and characters — once the narrative shifts into high gear it becomes a hard game to put down.

Get Even is a thriller in the truest sense of the word. The story is filled with well-earned twists, but the game never forgets to put its characters at the center of the narrative. Black starts out as a gruff military stereotype, similarly to Red being played off as a generic Jigsaw-esque puppetmaster in the opening. A few hours into the story, however, the characters are much more fleshed out, each with their own clear backstories and motivations. Side characters are also given their own sense of agency and are weaved throughout the story in ways that keeps their true role a mystery up until the very end. The game also deals with themes of memory, and how we let our perspective of reality affect us; it’s handled well where other similar games would be overly preachy or pretentious. 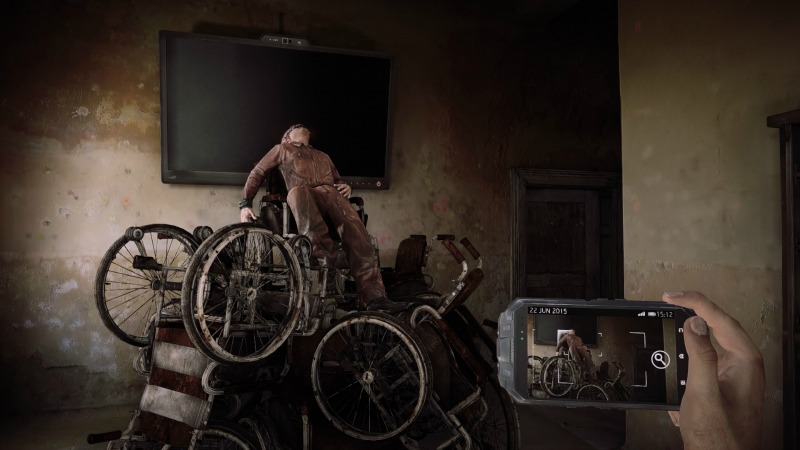 A good deal of why Get Even works so well is because of the incredibly solid performances on display. Black puts out a much more nuanced performance than his initially gruff display would lead on, and over the course of the game, Red also gets his fair share of emotional material to work with. Without these, as well as the solid supporting cast, much of the emotional impact in the last half of the game would be lost, leaving Get Even without it’s best element.

Gameplay is divided between exploration and combat sequences, which include light stealth and shooting sections. While Get Even has been marketed as a first-person shooter in the vein of F.E.A.R., the gameplay is actually much more focused on investigation and puzzle solving, making it more of a walking simulator with shooting elements. Black has at his disposal a phone which includes a blacklight, map, evidence scanner and more. It’s similar to the tool used in Condemned 2, and although it’s a little far-fetched, it works well enough as a puzzle-solving tool. Puzzles themselves are varied as Black makes his way through the hospital, and make good use of perspective and switching from thermal to blacklight.

While Black makes use of an impressive amount of weapons along the way, combat in Get Even is limited and passable at best. Most shooting sections start out as basic stealth sections where Black needs to avoid being spotted while stealth-killing enemies. If things go awry, players will have to shoot their way out using traditional ADS-shooting mechanics. While the shooting has impact and the guns themselves sound nice, aiming isn’t quite on the level of a Battlefield or Call of Duty. It’s to be expected, given the game’s $29.99 price tag, but the reliance on combat in some of the games later levels can turn the finicky shooting into a needlessly challenging chore to deal with at times. 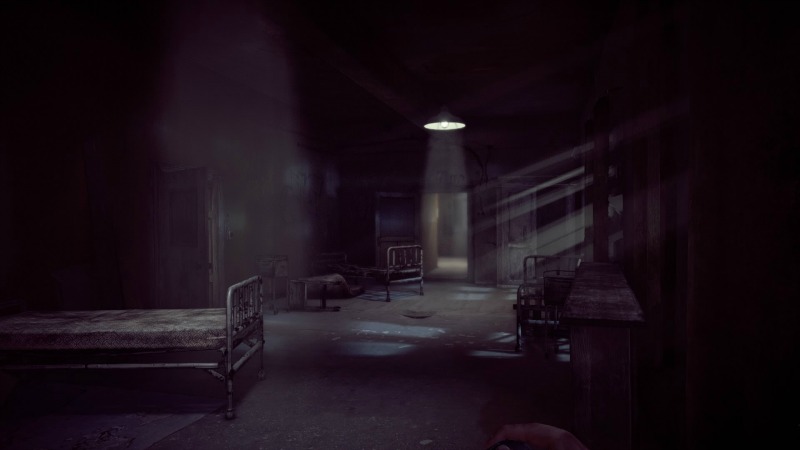 The biggest problems with Get Even are the game’s performance and presentation. The game runs on Unreal Engine 4, but aside from some impressive particle effects, the game just looks old. Textures are grainy, environments are incredibly drab, and the whole game has a washed-out look that feels straight out of 2014. While this style works well in areas like the dilapidated mental hospital or the cemetery, in brighter areas like office buildings it just feels out of place, giving surroundings a lifeless feeling.

Texture pop-in is also a pervasive issue. Environments are nicely detailed, but sometimes just turning around quickly can cause textures to warp unexpectedly. Even gameplay moments that rapidly shift scenery can lead to items in the environment taking 2-3 seconds to pop-in. While most of the game takes place inside of a simulation, there’s a part of me that wants to believe it’s an intentional effect, but it is simply too jarring and common to be permitted.

Get Even, when taken as a whole, is a great story with solid gameplay and some significant presentation problems. The Farm 51 may have stumbled in many key areas, but delivering a memorable story that will stay with the player long after the credits roll was not one of them. Despite its numerous flaws, Get Even is one of the year’s best video game stories, and absolutely worth the price of admission for anyone looking for a satisfying thriller this summer.

PS4 review code was provided by the publisher.