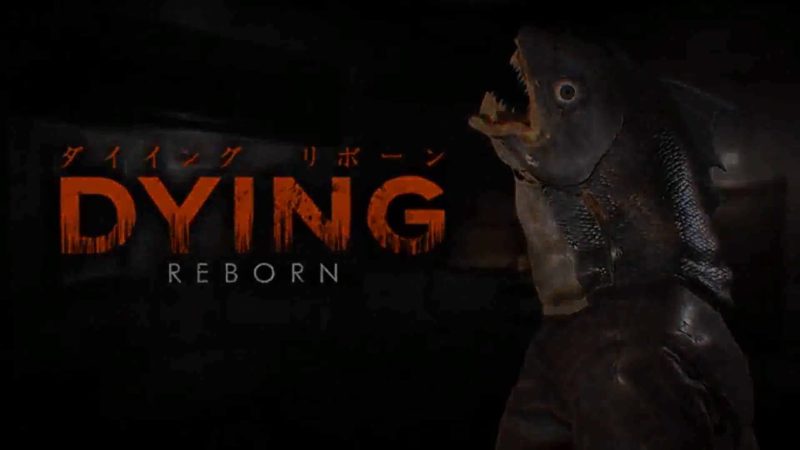 I’m not very prone to motion sickness – let me get that out of the way first.

I use my PSVR fairly regularly (having no trouble with games like RE7, RIGS, Eagle Flight, and more). I can watch a handheld video while in motion without a problem, and my wife and I even spent a few hours on a boat during our honeymoon. To date, I had only ever gotten motion sickness once in my entire life, from one PSVR game, Robinson: The Journey. Today that number goes up to two, as Dying: Reborn VR sent me into a wild afternoon of lying crumpled on my couch and focusing on the inanimate glass of water in front of me, as it could not move.

Dying: Reborn VR is an escape-room style puzzle game with a horror aesthetic. You wake up in a dark and dirty room with no memory of how you got there, and your only goal is to escape. Security cameras monitor your progress, and despite the disrepair the room appears to be in, there’s clearly a more high-tech force watching over you.The puzzles themselves are more pixel hunting than traditional puzzle solving, trying to find something hidden in the room that fits into another thing, and so on. It’s basically like a VR version of all those old Albino Blacksheep/New Grounds puzzle games, like The Mystery of Time and Space, and The Crimson Room. I practically grew up on those, so I figured this would be a fun, nostalgia tingling time. Boy, was I wrong. 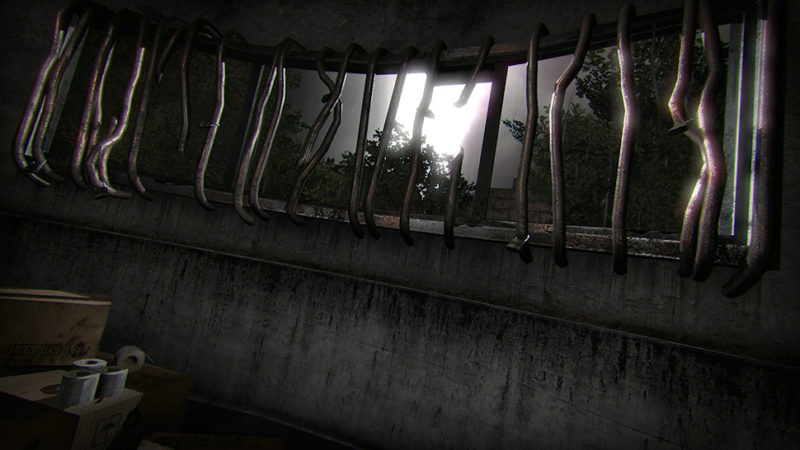 The very first thing you’ll notice while playing this game is how unbelievably awful the sound is. I played while wearing stereo headphones and the audio levels and design are some of the worst I’ve ever heard. Period. For the most part, music and other sound effects are so low quality and soft that they sound like they’re coming out of the original Nintendo DS speakers. Grainy and muted is the best way to describe most of them. Except for your footsteps. Holy fuck, they are so much louder than anything else in the entire game, and they’re just one clip of a single footfall on repeat. Clonk clonk clonk. It’s ear-splitting, but the rest of the game is so low that turning the volume down will essentially mute everything else. It gets even worse while turning.

Dying: Reborn VR uses a 30-degree turn that most VR games seem to have these days, which is fine when coupled with sound designed by a professional. Usually, the audio tracks are designed to sort of fade into each other, so the effect of having the 3D sound around you doesn’t become disorienting. This game decided that wasn’t necessary, and the audio abruptly cuts as you turn, object audio coming in and out suddenly as you turn your character. It only adds to the game’s motion sickness problem. It’s one thing if your eyes are confused, it’s another thing entirely if both your eyes and your ears are confused. The audio of your footfalls will also get cut off abruptly with each turn, you can literally hear the audio file stop mid-play. 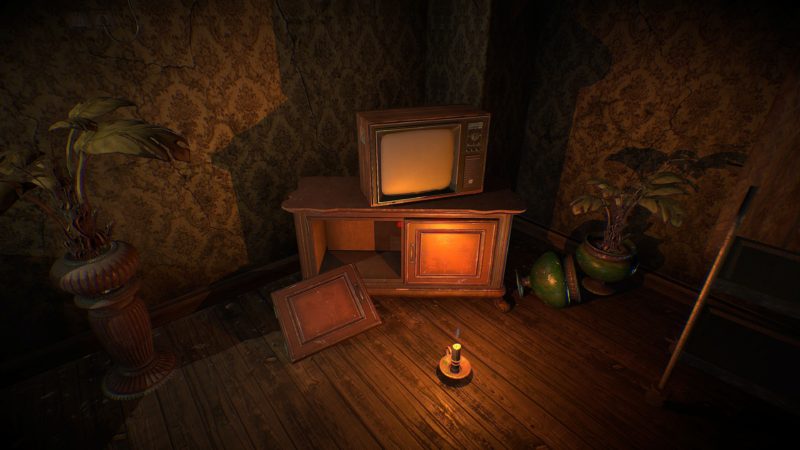 The game also doesn’t look particularly good, which I think adds to the sickness. While the PSVR headset itself can’t help but be a little blurry, this game is just ugly. Effects and animated moments often feel jarring or out of place, or are simply under-done, and a few of the 3D elements feel… off. I don’t know how to put it, but there are multiple places where looking through a window or an opening reveals elements that seem to overlap in weird ways, and I simply couldn’t look at it after a few seconds.

Overall, the game is such a technical nauseating mess that I can’t even finish it, and I cannot recommend that you try either. The PSVR could always use more games, as its library is still mostly made up of PC ports with a handful of AAA exclusives (Until Dawn, Resident Evil 7), but not shovelware like this. It’s one thing when the PS4 gets a couple of bizarre Steam Greenlight-esque games thrown up on its storefront, it’s another entirely when those games end up on PSVR, where they can actually make you ill. Stay away. Stay far away.

PlayStation 4 review code was provided by the publisher.