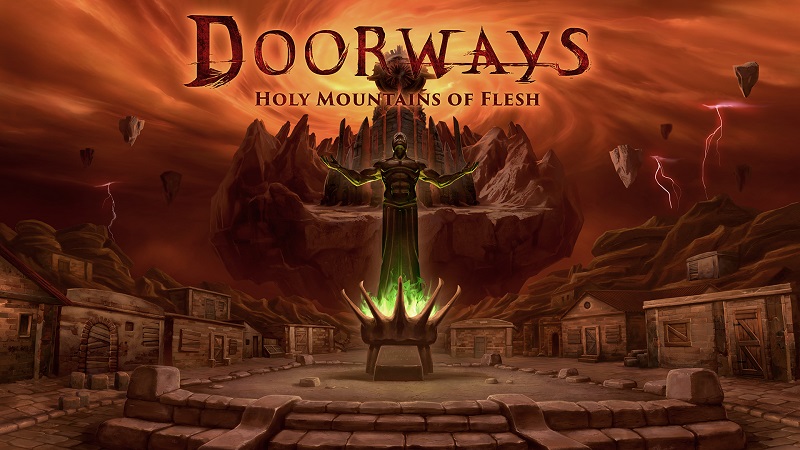 Here it is – the fourth, final, and most absurdly awesomely-titled installment in the Doorways series. Holy Mountains of Flesh is a direct continuation from the last installment but never fear, you will be able to jump into it just fine even if you’re new to the series. But will you want to? That depends on how much you like the idea of playing through a walking simulator through hell.

Now I don’t use that term as a slam, just a description, as you’ll spend most of your time just walking around places and opening doors. But there are plenty of puzzles to be found and the usual assortment of horror game tropes to traverse (a school, a mental hospital, hell) while avoiding the things that lurk in the shadows.

You play as Thomas Foster, an agent who’s investigating a small village in Argentina where everyone has gone missing. There’s a whole family that’s suspected of being involved with this – Juan Torres and his wife and child – with rumors of everything from cannibalism to satanism surrounding the area. But this is no Argentina you’ve ever seen on tourist commercials. The last installment in the Doorways series ended with you descending into what looks like a literal hell, and this village is indeed a nightmarish landscape, drifting above lava. It’s up to you to figure out what happened here and bring those responsible to justice. You’ll mostly do so by reading the notes left all over the world, as per usual.

The one problem? Despite being visually disturbing, Doorways is not scary. It has plenty of jump scares, but they would have benefited from good sound design, something a lot of horror games forget is just as important as the graphics (if not more.) Throughout the game there’s almost always some “spooky” noise chattering away in the background, designed to set you on edge but these mostly just sound like a random collection of scary sounds from some lousy kid’s Halloween soundtrack. A couple of times while playing I removed my headphones and looked around the room – not because I was scared of some noise I had heard, but because the sound made no sense for the video game world and I couldn’t place it. Truly scary horror games like the Amnesia series understand that for jump scares to work you need to utilize silence as a weapon, bringing you to calm and safety before pulling the rug out from under you, over and over again until your nerves are rattled and you have no idea what to expect. With the non-stop noises here the majority of scares just don’t work, although there are a few nice stingers to be found. 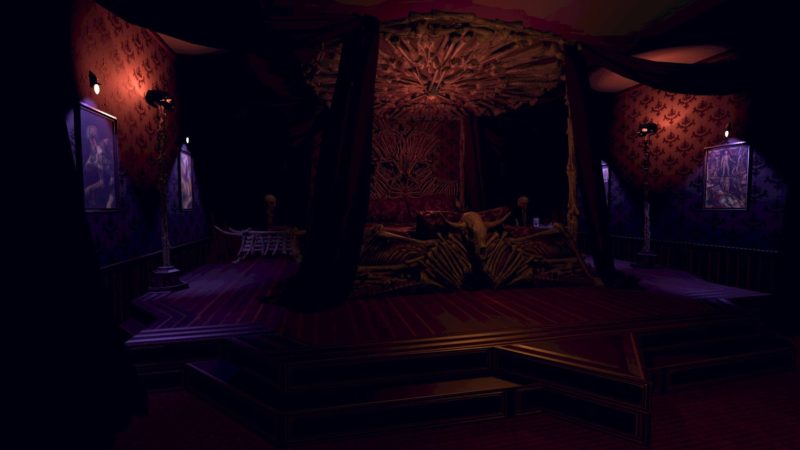 The world is utterly beautiful in its horror, though. This is an incredibly impressive indie game and the visuals get increasingly grotesque as you travel through it. As you unlock new sections of the world and return to old ones the whole place starts to shift and change. It becomes increasingly covered with glistening and gooey intestine-looking flesh, a veritable mountain of it indeed. There’s also one sequence with a meat grinder that’s absolutely jaw-dropping (and darkly hilarious, if you’re as twisted as me.)

As you travel through the dark schools and labs you’ll run across plenty of puzzles that bar your way forward, the majority of which are simple enough. You remember those TV media carts they used in high school? There’s a sliding block puzzle with them here.

But some of the puzzles get a bit obtuse, such as a section with revolving rooms and disappearing stairways. There’s nothing that’s too hard to solve but too many rely on trial and error, feeling like it was done so to pad out the running time a bit.

Surprisingly for a game that has annoying first-person platforming sections, the best parts are chase sequences. There are a few times where you’re being chased by some monstrosity and you just have to run for your life, and it’s here that the game truly comes into its own. They’re terrifying and thrilling in all the way the rest of the game isn’t, and sadly over with far too quickly. 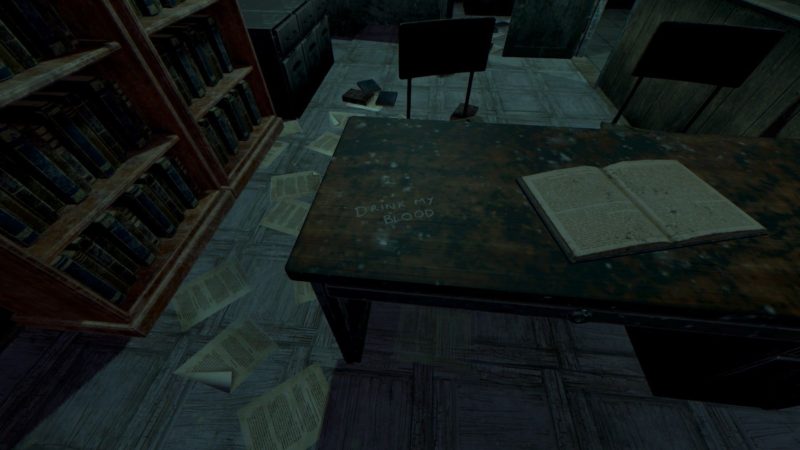 Doorways feels like they had a bunch of different ideas for horror games and tried to combine them all together, and it feels disjointed as a result. Worst of all? It ends on a boss battle. As if you needed another moment to be pulled out of the suspense. I thought the industry had agreed after Bioshock not to just force those in for an “epic” ending, but Saibot Studios didn’t get the memo.

Despite its issues Doorways certainly has moments of fun, however slight it may be. You could pick a worse game to play on a dark and stormy night, when all you’re looking for is a decent four to five hours exploring a weird world and solving a few puzzles. It’s just too bad these mountains of flesh didn’t have stronger bones.

A review copy of the game was provided by the publisher for PC.